Denying Communion to Catholic politicians whose votes contradict church teaching is ineffective and only exacerbates the U.S. bishops' lack of influence on Capitol Hill, said a religious sister who works as a lobbyist in Washington, D.C.

"It's sad" because the bishops are "not as well respected on the Hill as they once were," said Social Service Sr. Simone Campbell, executive director of Network, a Catholic social justice lobby noted for its Nuns on the Bus event.

Public decrees denying Communion to politicians — such as a recent one by an Illinois bishop — do not change politicians' minds on issues and instead drive people away from the church, Campbell said during a public interview with NCR at the June 9-12 Summer Spirituality Seminar at St. Mary's College in Notre Dame, Indiana.

"The only thing it does is stir up the far right in righteousness and certitude," she said. "And for me, the spiritual life is anything but certitude."

Instead, she agrees with Pope Francis, who has said the Eucharist is "not to be like a toll booth on the way to holiness," she said. "Eucharist is for those of us who struggle."

Campbell said politicians and voters — after informing their consciences — need to make "prudential judgments" about how to apply the church's teaching to politics. So do sisters.

For example, Network recently came out in support of the Equality Act, which would strengthen bans on discrimination against LGBT people by adding "sexual orientation" and "gender identity" to the definition of "sex" in federal civil rights laws. The bishops opposed the bill.

Network also disagreed with the U.S. bishops' conference on the Affordable Care Act, arguing that the bill adequately forbade federal funding of abortion, a position the bishops later adopted when they opposed repeal of the law.

Campbell said the sisters, who have been lobbying for social justice since Network's founding in 1971, prove that the "religious left" is nothing new.

"We've always been here," she said, adding that many progressives have "ceded ground" to the religious right by not publicly connecting their faith and politics. She said some Democrats are "nervous" about religion because they associate it with conservatism.

"Now, what we're having to do is claw back what was always there and claim it in the public space," she said, noting that 2020 presidential candidate and mayor of South Bend Pete Buttigieg, with whom she met while in town, does a good job of talking about religious values.

The biggest issue facing the country, she said, is economic justice.

"Income and wealth disparity is sucking the life out of our nation," she said. "And right now, the approach of the Republican Party is to shift as much money to the top as possible."

Still, Campbell said she believes many voters for President Donald Trump may feel their values are being "pushed out" of the cultural conversation, and she strives for "radical acceptance" of those with whom she disagrees politically.

In two presentations during the three-day event, Campbell shared how her own contemplative practice of daily meditation helps her in the sometimes-discouraging work of advocating for social justice in U.S. policies. She suggested that contemplation is essential to build "prophetic communities" that can work for the common good.

For her, political lobbying is contemplative because it involves "listening deeply, being curious and asking questions" as well as "being willing to risk my preconceptions."

The contemplative life "opens me up to other people's suffering," Campbell said. "And the openness to suffering is where the heart springs into action."

"It is only in community that we can bear the pain of the world," Campbell added, noting that her religious community helps her to stay grounded and able to see how she is "only a piece of the whole."

Such communities that "nurture the prophetic imagination" allow people to "touch the pain of the world as real" and be with that pain without immediately trying to fix it, she said, drawing on work by Protestant theologian Walter Brueggemann.

"I've learned if our hearts are broken open, there is room for more and more people," she said, telling a story of a 16-year-old student, part of the Deferred Action for Childhood Arrivals program, whose parents were deported after getting a parking ticket. The student was helping to raise her two younger sisters, one of whom tried to commit suicide so as not to be a burden to her family.

"There is so much pain right now, and we're trying to manage it," she said.

In the end, prophetic communities must have the capacity to sustain long-term tension with the dominant culture, which means being willing to let go, listen deeply and be challenged, she said. Each person must discover what his or her part is in the Body of Christ.

"It's not about arriving, it's about relationship," she said.

Christians need to hear other people's truths across generations and cultures, including those we may disagree with, she said. Such conversations, done with a contemplative, open attitude, "open our eyes to the bigger story," she said.

'We belong to each other'

Other speakers at the event also emphasized the importance of community and solidarity in exploring the notion of the "common good" from Catholic social teaching.

The common good means "we belong to each other," said Meghan J. Clark, associate professor of moral theology at St. John's University in New York and a faculty expert for the Holy See's Mission to the United Nations.

She also noted that the "Imago Dei" (the idea that every human being is created in the image and likeness of God) can also be expanded as the "Imago Trīnitāte," in which human dignity is relational and salvation is about "being human together," even being saved together.

The question then becomes, "How are we imaging God in the world, not just as individuals but together?"

"Each of us has equal human dignity, and at the same time, we have dignity. Communities have dignity as well," she said.

Such solidarity is at the heart of discipleship, Clark said.

"This call to build the common good is something we understand in Catholicism as at the very heart of our theology, not just this side project for those who are kind of 'into' social justice."

Speaker Nichole Flores, assistant professor of religious studies at the University of Virginia, shared how her own experience of motherhood solidified her commitment to solidarity around the unjust separation of migrant families, noting that too often, society relegates parenthood to the private sphere "at our peril."

For Flores, the birth of her son, Roberto, and his need to spend several days in a neonatal intensive care unit gave her a new perspective on other families' suffering.

This implies a moral obligation of solidarity, which is "the most challenging virtue of our time," she said, citing the U.S. bishops' document "A Place at the Table."

While social media "allows us to see the suffering of others in real time," Flores said, "it's easy to forget we're related to the people whose faces appear in our news feeds."

Christians are "connected to each other in Christ," Flores said, and thus have a moral obligation to others, even if those families are "not perfect."

Seeing migrants' families as "our families" would build solidarity and end the "use of children for a political end" by removing them from their parents. Such separation is "an anti-life policy," she said. "There is just no other way to look at it."

Flores cautioned against U.S. Catholics prioritizing their "American" identity over that as the "Body of Christ," which should be primary. Citizenship is a legal term, not a "heart one," she said. "There is not an American section of heaven." 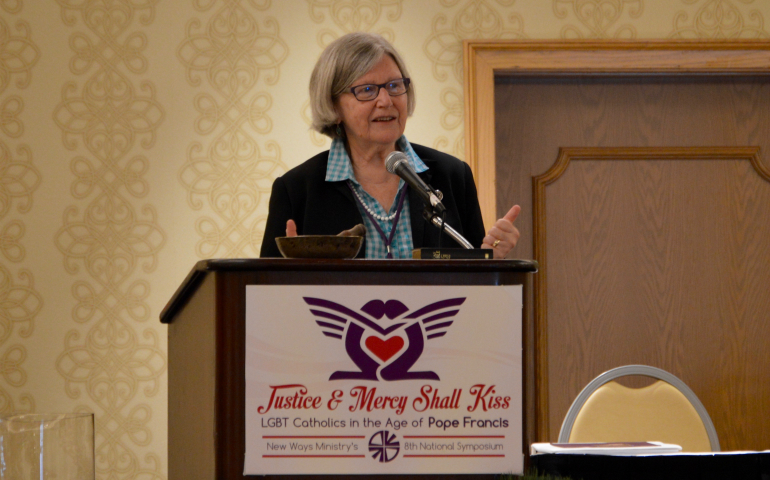 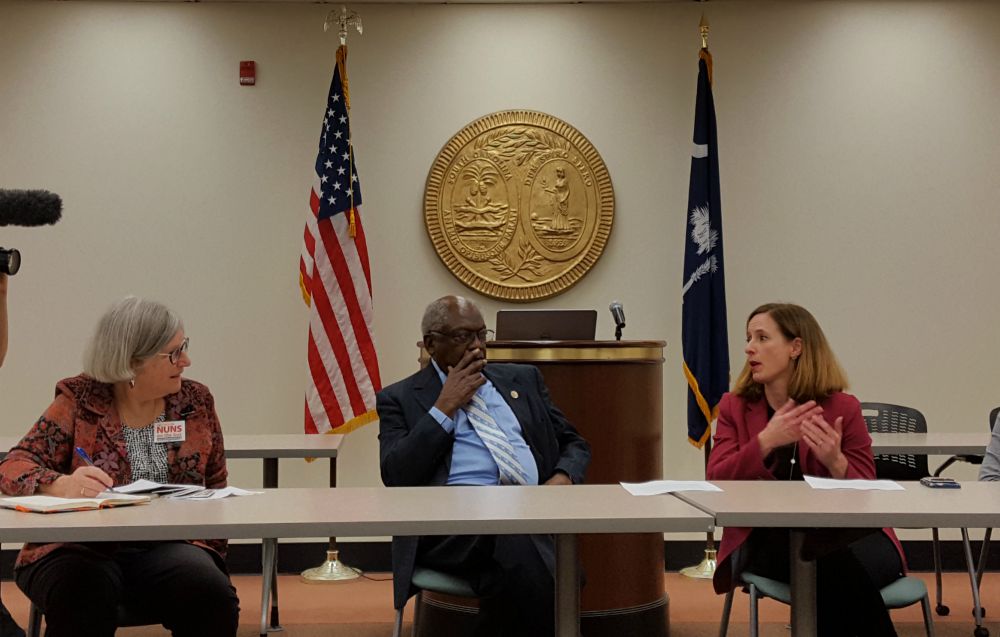 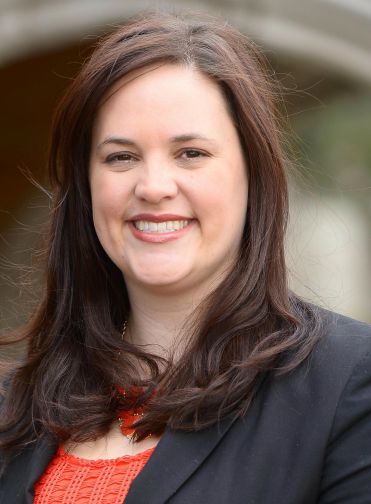 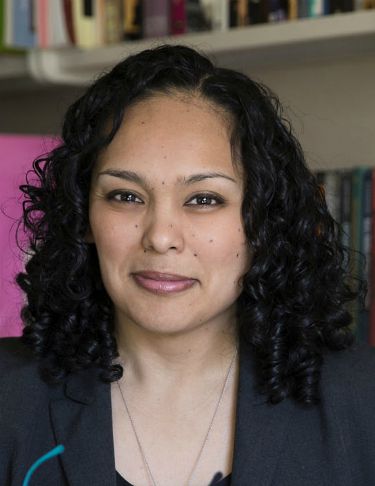