For now, the air in Wau is still. It is largely quiet at night and at day, with gunshots only rarely punctuating a surface calm. But the stillness can't hide tension. It can't hide fear. And it can't hide the mourning of a city still dazed by violence, confusion and anxiety.

The confusion is most apparent on the church-owned grounds adjoining St. Mary Cathedral. Here, thousands of people have found shelter and succor in the last year, fleeing violence that has torn them from their homes and, in many cases, the small plots of land outside of the city that sustained them and their families. The land on the compound, at about 21,000 square feet, is roughly half of the size of a football field.

Most people arrived from violence last June, but new arrivals have crowded into the compound since April. Exact numbers are still hard to come by, but there may be some 18,000 households in the compound, said Fr. Moses Peter, a diocesan coordinator for the Catholic humanitarian alliance Caritas.

"The population taking refuge in the St. Mary's Cathedral compound fluctuates a lot," said Kenyan Sr. Rosemary Oduol, a member of the Franciscan Missionary Sisters for Africa, noting that there have been widely varying headcount numbers.

At the moment, she told GSR, the numbers may be closer to about 8,000 people because some have taken advantage of the rainy season and relative calm to return home, even if only temporarily. As it is, "the compound still has a huge number of IDPs," or internally displaced persons, she said.

The compound is a noisy place, though like other such displacement sites in South Sudan, it has the feel of something permanent, with makeshift shops selling goods as varied as soft drinks and cellphone equipment.

In this respect, the compound shares every bit in common with refugee camps, a fact worth considering today, June 20, the United Nations' World Refugee Day. The United Nations' refugee agency, UNHCR, notes that there are more than 65 million people displaced in the world now — one in every 113 people.

About a third of those are refugees — those fleeing their countries — but the majority, more than 40 million, are those who have fled their homes and communities but still remain in their respective countries, as is the case of those at the compound in Wau. There are believed to be at least 1.8 million displaced people within South Sudan out of a total population of nearly 13 million, according to the Internal Displacement Monitoring Center.

Most of the residents in the Wau compound are women and children, Oduol said. They are bearing the brunt of violence, though men are facing their own difficulties, she said: "The men are in the bush, fighting."

One of the compound's recent arrivals is Carmela Julio, 47, a widow and mother of five who lived about 6 miles from Wau in the village of Baggari Jadeed. She fled with her children April 11 after soldiers broke into her home, looting and ransacking it.

"We feel safe here," Julio said one recent afternoon, sitting on a mat. She is still traumatized and doubts she would return any time soon to her residence or her village.

"There is still killing going on," she said, saying she witnessed "slaughter and random killing" as she fled.

As someone with a small plot of land back home and with her own business — baking bread and selling peanuts — she would "have to start from zero if I returned home. So, I don't know what to do. I can't feel safe there."

Feeling safe at the compound has its discomforts. Julio and the family sleep outside on mats and have a small tent that protects their possessions. The family has "staked" its spot but does not "own" the land. Her children, ages 13 to 18, are in school, and she thanks Oduol and fellow Kenyan Franciscan Sr. Annah Wandia for their work in providing emergency food packets.

But the sisters' simply being among those who are waiting it out — talking, listening to stories, saying a blessing — is also welcome. Religious in South Sudan call it "a ministry of presence."

"What people have gone through, well, you have to listen," Wandia said in a moment of reflection and rest under a shade tree in the sisters' small compound, which adjoins the larger church compound.

During the worst of the violence last year, the sisters' compound — specifically, a spot under the large shade tree in a courtyard — served as a kind of coordinating hub for different humanitarian groups. During the initial response, the sisters set up a makeshift clinic. The sisters continue to provide monthly food parcels to those in the compound.

How long the response will be needed is anyone's guess.

"They are staying here, not going far. If they are coming here and you're running, well, that's not good. I'm here with a mission, a mission of God's," Wandia said.

Peter lays the blame of the problem at the feet of national government, whose young troops — many of them unpaid and, by many accounts, undisciplined — have targeted civilians in a maelstrom of violence. The worst violence from last June resulted in hundreds of deaths around Wau: Government troops — members of the Sudan People's Liberation Army, or SPLA, and many of them members of the Dinka tribe — initially targeted non-Dinkas and those opposed to the government.

Recent violence in April, though not as intense as last year's, still drove hundreds from their homes.

Karlo Ukelo Kon, 71, who like Julio came to the compound in April, said he does not know who committed the violence, as he fled his home in Wau at night and can only be sure that "people with guns were attacking families." But having returned to his home only once, he saw the residence had been stripped bare.

The South Sudanese government said its troops are trying to battle an anti-government rebellion and blamed the rebellion for the country's current plight.

Peter said the government has accused the Catholic Church of being "pro-rebel." He denies that, saying the church is acting out of humanitarian conviction. However, most people who stream into the compound say that those wearing army uniforms threaten their lives.

"Nobody trusts the SPLA," Peter said.

Another group, the National Security forces, something of a police force, are much less feared among residents and have made inroads in stabilizing the situation, Peter said.

Whoever is ultimately responsible for the violence, one thing is for sure: The flight of people from their land is exacerbating food needs in rural South Sudan, causing and worsening famine in some areas of the country, according to the United Nations. The Sudanese government has blamed food-related problems on drought and has shied away from using the term "famine."

Many people come to Wau having cultivated land for years, only to see their land taken over by soldiers, eyewitnesses said. Adding to the problems: Wau has long been a center of conflict between farmers and pastoralists who raise cattle, so the recent violence only added to already-present tensions.

Peter and others have to work with government authorities on humanitarian needs within the compound, and Peter said relations with them are cordial.

Similarly, the sisters say they have to remain neutral with all parties. The humanitarian response within the compound is no easy thing: In recent months, there has only been enough food for 10,000 people — not enough during the times when there were more people in the compound.

Peter said that "we have to be patient" with those who have fled their homes but remain in South Sudan and have not gone to another country.

"If people return now, they will find their homes not only looted but without a door or iron sheet remaining," he said.

It is not sustainable in any short-term or long-term way, Oduol said. "It's very frustrating. Something is preventing the people from going back. They will have to be relocated at some point or given their livelihoods in some way."

Peter said the situation may last for years and will only be solved when the warring parties, particularly the national government, make peace a priority, he said.

Oduol said things remain unsettled. "You never know what tomorrow will bring" in an environment of war and violence.

"I struggle with the situation, the sense of God being present. I struggle with that. It sometimes throws me off," Oduol said. "Sometimes I'm angry with God. In these circumstances, I find it hard-going. But when all is said and done, as we settle down and listen to God in prayer, what is he telling us? I see the shortness of my life, the demands my way of life asks of me."

She paused. "To make the choice to stay is not easy. The struggle goes on. I have concluded this is what God asks for me at the moment, so I rely on him. This is the way God wants it. There is a sense of surrender."

Yet being realistic about the dangers around her dictates tact, care and something of a cool, objective eye about the situation in Wau. In an environment where the air of night and the air of day might be still now but chaotic tomorrow, Oduol said, "Right now, I'm very careful, maybe too careful, with my hope." 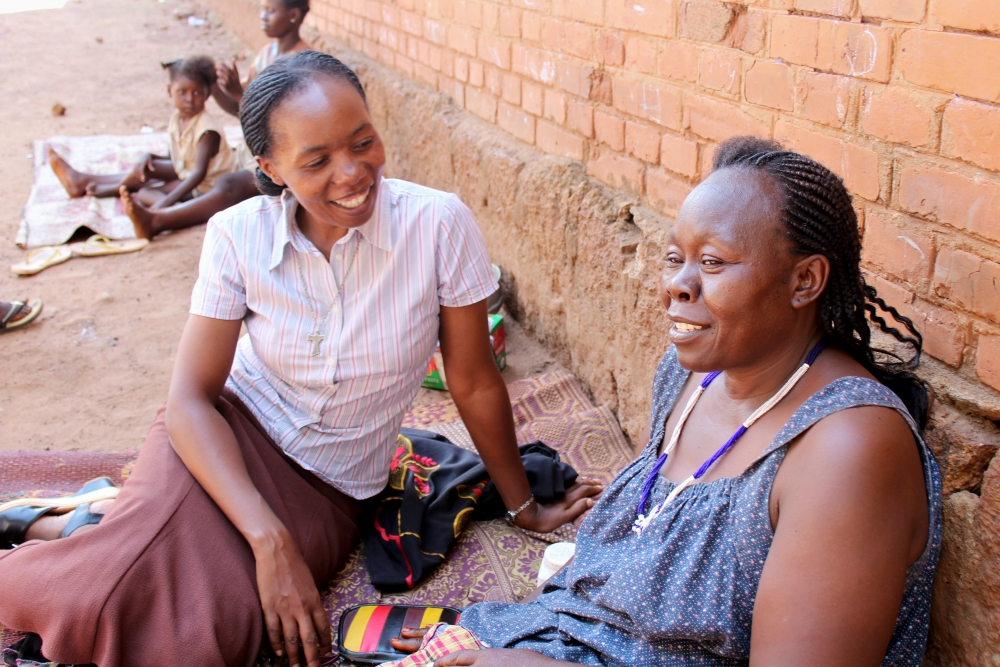 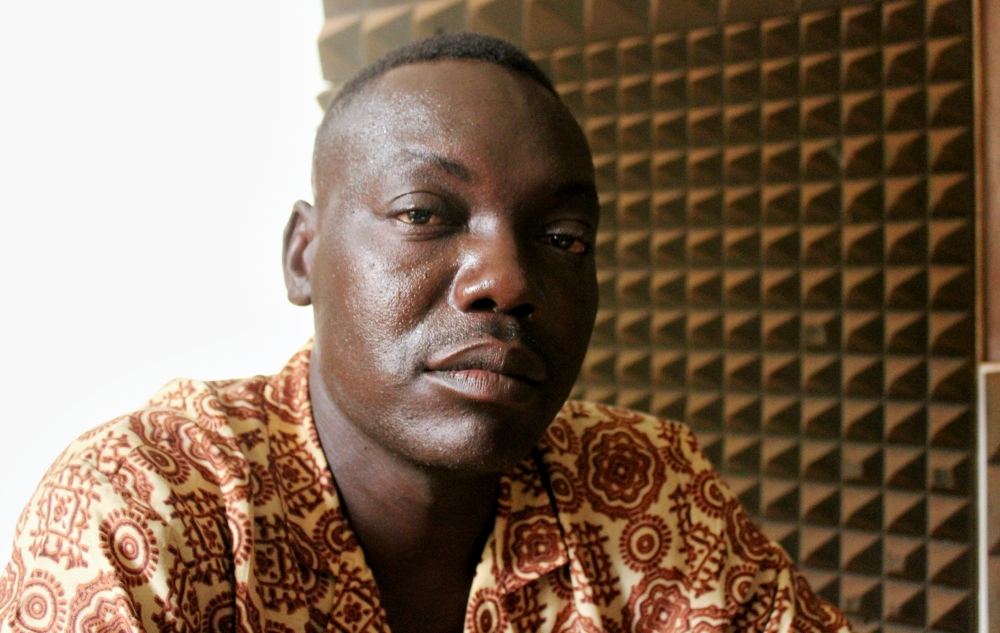 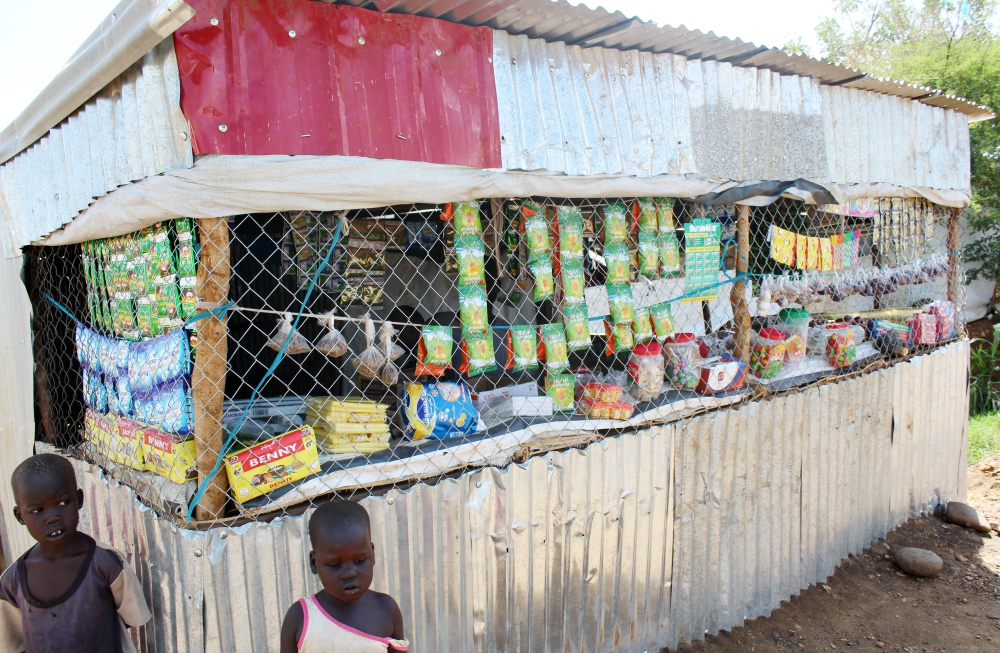 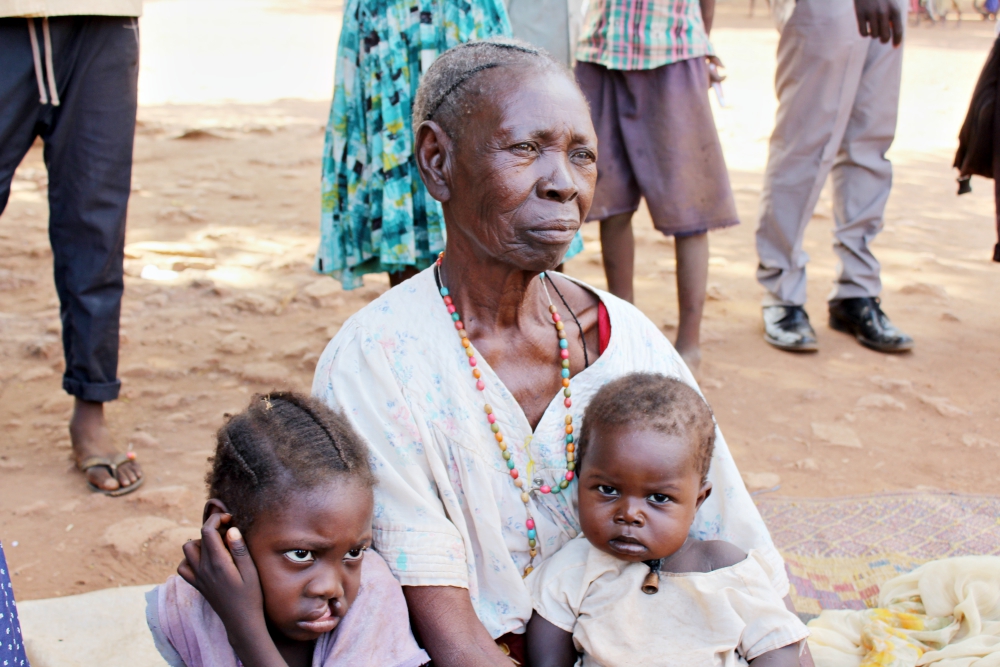 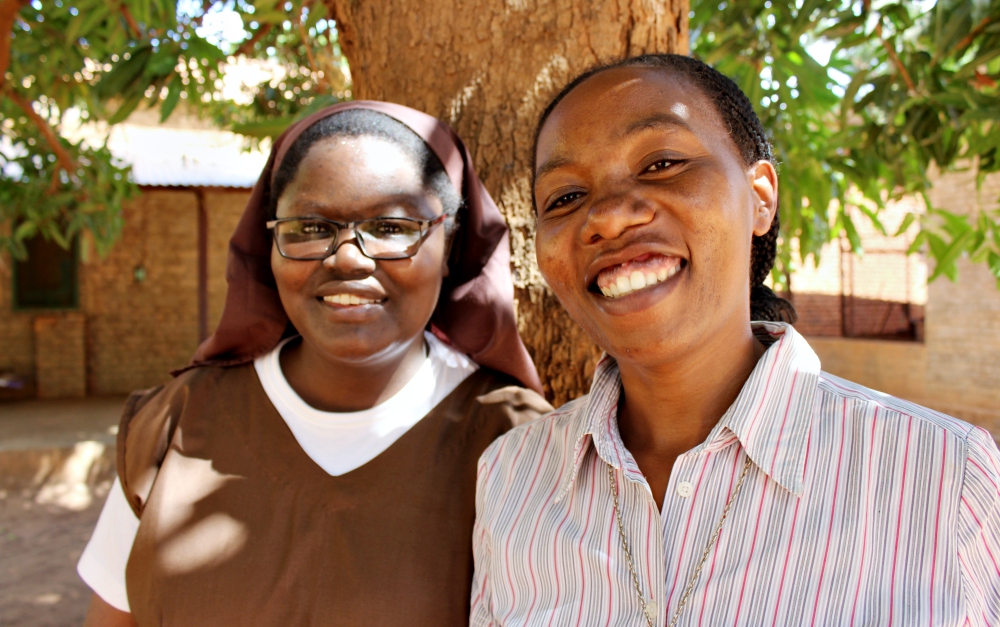