With nearly 80 miles of coastline and a landscape including 90 acres of lagoons, Thua Thien Hue province is particularly vulnerable to the effects of extreme weather. Between lagoons, below the hills and mountains, the plains where people can cultivate crops are only about 66 feet above sea level.

And in this part of the world, the annual rainy season causes flooding that makes farming quite difficult, so nuns in central Vietnam have taken the lead to help. Their goal is to work with people to develop climate-resilient livelihood options and to plan for the impacts of climate change in areas prone to natural disasters such as annual flooding.

This spring, they organized and presented courses on growing vegetables, flowers and mushrooms and on raising poultry and fish to nearly 50 local farmers, jobless youths and people with HIV/AIDS in Hue City.

“The courses aim to create opportunities for poor people to generate regular income from their own farmland that is afflicted by climate change,” Lan said.

The 57-year-old nun said most farmland in the area is flooded for months every year and stands uncultivated by local farmers. When crops go bad, farmers leave their homes to work at construction sites or collect used items to re-sell. Some end up eking out a living by selling lottery tickets in the city.

Lan explained that before offering these cultivation courses, she and fellow nuns had conducted a survey of the local people, asking them about what they needed and how they would like to make their living. Most people from three communes of Huong Phong, Quang An and Quang Thanh, where homes get flooded, wanted to improve their skills to make their land viable for growing food to eat and to sell to locals.

The nuns taught them ways to make wooden trellises above their inundated land to accommodate vegetables and flowers during the rainy season. The farmers also are using leftover rice straw and sawdust as growth media for cultivating mushrooms.

Le Thi Bong, one of 28 people who attended the course on vegetable-planting skills, is busy every day hoeing, weeding and watering beds of cabbage, spinach, dill, fennel, zucchini, pumpkins and cauliflower in her 2,000 square-yard (approx. 2,000 square-meter) farmland.

Bong, 43, also makes natural fertilizer by collecting garbage, dried leaves, rice straw and other waste around the farm and mixing it with lime. She covers the mixture with mud to compost, and after 10 days it is ready to be spread onto the field.

“I started to plant vegetables while I was attending the course, so I have harvested some of vegetables and sold them at the market already,” the mother of two said.

“Now I can make 40,000 dong (U.S. $1.90) a day from selling vegetables, and I hope my income will increase gradually in the future,” she said in an optimistic mood. She plans to raise two scores of ducks to generate more income, she added.

She said the nuns gave her 3 million dong to buy seeds, materials and young ducks.

Bong said she had left her farmland uncultivated for years, as it was covered by salt water from the sea in June and July and then flooded by the annual rainy season, from September through December. The rest of the year, the land is swept by winds and there is little rainfall, making it hard to cultivate.

The Buddhist widow said in the past her family was not able to live on the routinely poor harvest of rice, corn and sweet potatoes, and for the past three years, she’s had to collect used items to sell in the city.

“I am happy to cultivate my land again for a living. I am deeply grateful for the nuns,” said Bong, who gave up her used-item collection.

She said during this year’s upcoming rainy season, she plans to make platforms supported by scaffolding poles. These beds, raised above the flooded ground, will grow vegetables, and her ducks will live under them, surrounded by fishing nets.

Another participant in the Catholic Group for Climate Change Prevention program, Tran Tien, 37, said he spent 10 million dong, including 4 million dong from the nuns, buying materials and equipment for mushroom production. He started to grow mushrooms early in April; mushrooms are ready for harvest in only 20 to 25 days.

“I plan to collect four or five kilograms of mushrooms a day. One kilogram of mushrooms costs 25,000 to 30,000 dong, and I hope to recover my capital costs within 10 months,” Tien, who stopped working as a lottery ticket seller to grow mushrooms, said.

The father of two, who had lost an arm while working at a local brickwork, said he could earn 50,000 dong a day as lottery ticket seller. However, that income was unstable. During the rainy season, it literally rains all day and night for months, and there’s no way to go out and peddle tickets to people hurrying around under the showers.

He said during the agriculture course, he and other people visited mushroom farms nearby and saw owners making a steady monthly income of 10 million dong.

Thua Thien Hue province is one of most disaster-torn provinces in central Vietnam; it suffers from extreme weather conditions, some of which are due to climate change and rising sea levels.

During the monsoon season, generally from September to January, rain can come in very heavy bursts, causing erosion and flash flooding. From 2005 to 2011, the province recorded floods and tropical storms that claimed 89 lives and injured 269 other people; 51,000 houses and 150,000 acres of crops were destroyed, and more than 200 fishing boats were sunk.

The Natural Resources and Environment Ministry of Vietnam has suggested a possible scenario for the province, where 70 percent of its population live on agricultural production and are expected to face climate change impacts by 2020: average temperature increases and rising sea levels (about 3.5 inches) would inundate about 750 acres of land year-round; floods, typhoons, landslides and soil erosion along the rivers and sea would intensify and cause damages costing 10 percent of the area’s gross domestic product.

“Catholics have a duty to respect, preserve and guard Creation that sustains human life,” she noted.

Bong, 70, said last year group members attended courses on psychological and spiritual health care, social work, agricultural development and how to establish supportive relationships with disaster victims. The courses were sponsored by the Nordic Assistance to Vietnam (NAV), a Norwegian non-governmental organization that has been working in Vietnam since 1994 and is focused on climate justice and rights to health.

Bong said NAV is covering the costs of climate change projects run by nuns for two years, through 2015.

She said that through their regular visits to locals and in catechism classes at parishes, the sisters aim to enable local people to better understand climate threats and to assess their vulnerability and plan for the impacts of climate change.

Peter Nguyen Ngoc Giao, also a member of the Catholic Group for Climate Change Prevention, said their group plans to provide capital and eucalyptus saplings to farmers to cultivate in hilly areas – so that they can make a living that way and give up cutting down trees to sell as charcoal. “This is a practical way to support restoration of local natural ecosystems,” he added.

Giao said this summer the group plans to teach swimming skills to Scout boys and youths from three parishes, Cay Da, Nuoc Ngot and Thuan Hoa, where many children have drowned in flood water in the past.

He said they have set up a network of rescue volunteers including priests, nuns, health care providers and youth based in parishes located in coastal lowland ecosystems. When storms strike, rescue volunteers evacuate people to safe places such as church buildings and give first aid to the injured. They also teach people how best to protect their houses from flood damage.

Sr. Lan said during the 2013 floods her congregation gave medical care to 60 injured people and 50 others who were suffering from diarrhea. They offered local people emergency food and drinking water and helped them repair their damaged houses. They also opened their convents to provide shelter during the process.

[Joachim Pham is a correspondent for NCR and GSR based in Vietnam.] 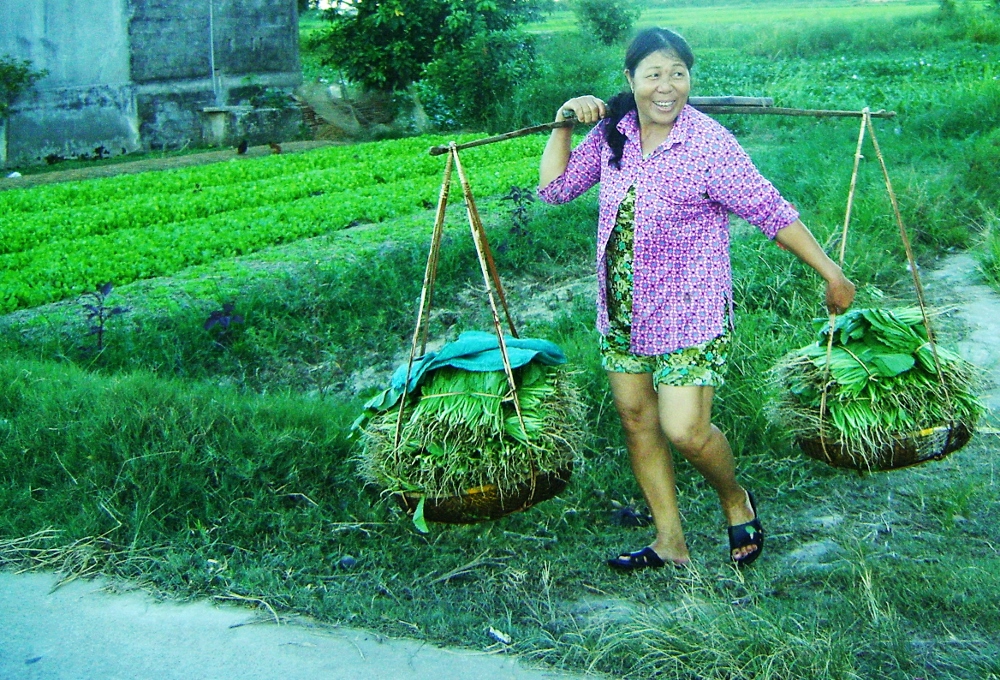 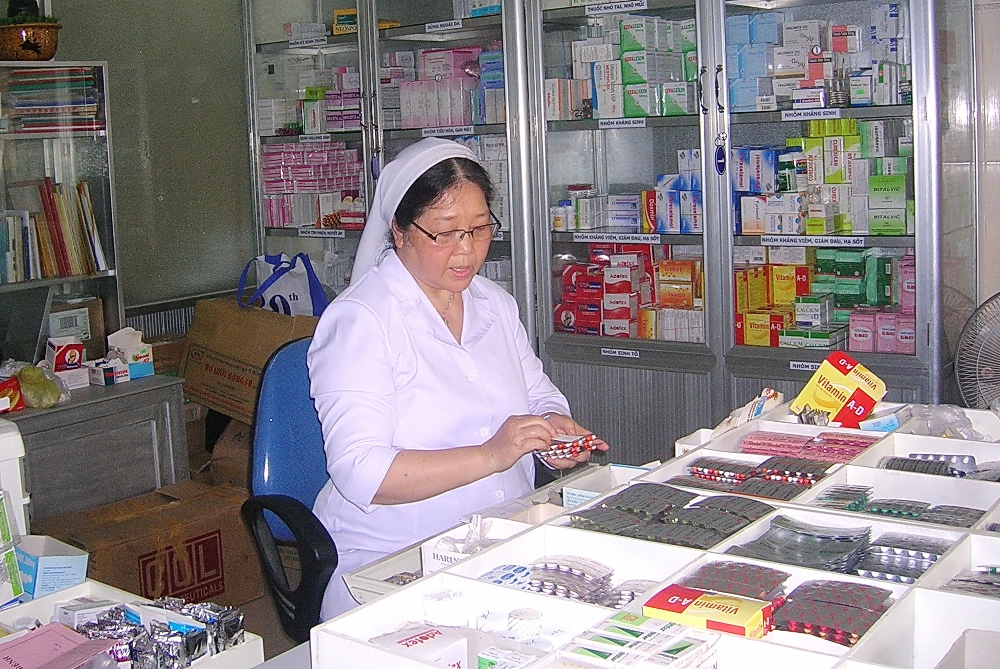 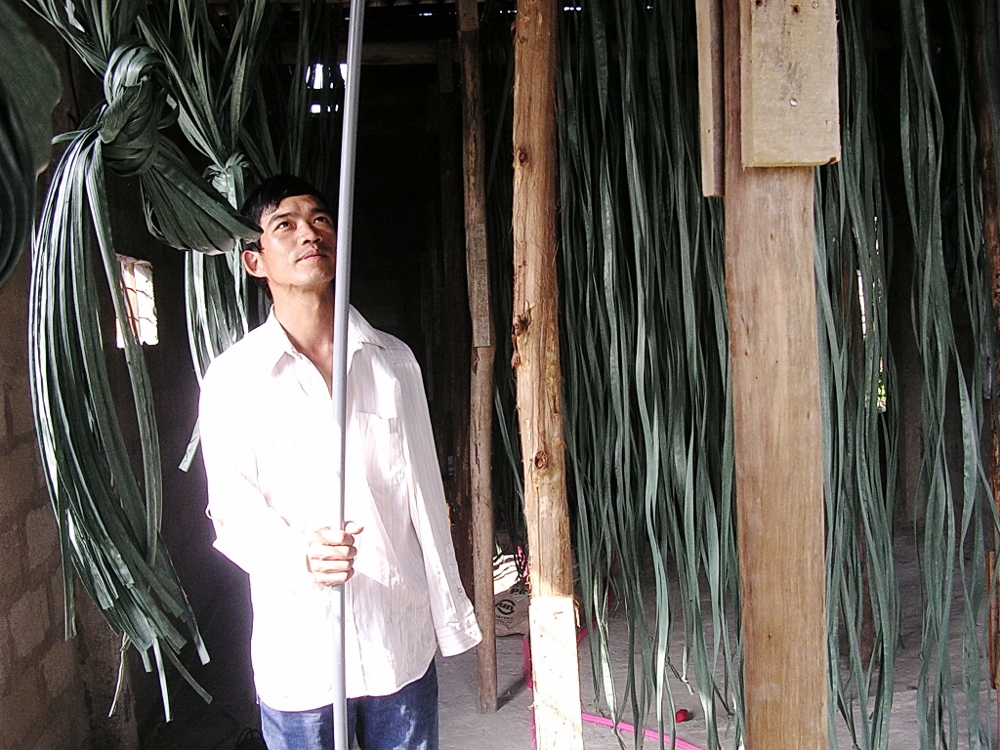 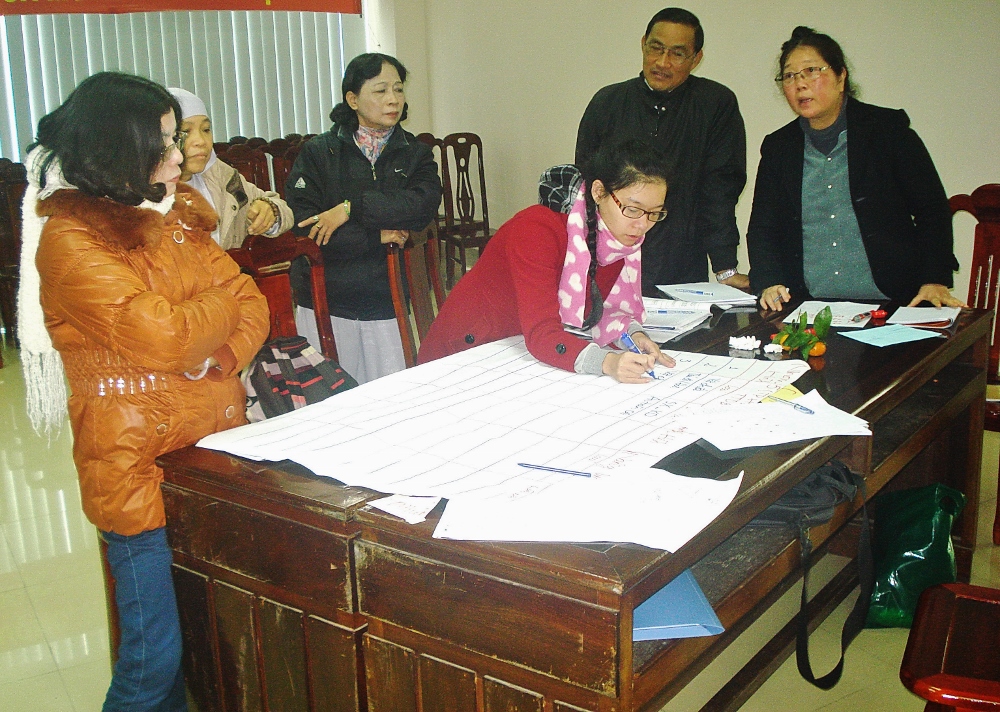