One of the men pretended to show interest in the 14-year-old girl's wares, asking the price while he was fixing her with an unblinking gaze and touching her hand.

Lan, a food street vendor who makes 50,000 dong ($2.15) per day, signaled to her friends, who were also selling food nearby. They rushed to surround the men, drawing attention by loudly exhorting them to buy food.

Flustered, one of the men immediately bought a packet of salted peanuts for 65 cents and chased the kids off.

Lan said that in the past, not knowing how to avoid such incidents, she had to suffer maltreatment and abuse from those who bought her food.

But, after help from the Filles de Marie Immaculée (Daughters of Mary of the Immaculate Conception), she is better equipped to handle risky situations.

The sisters organized a special workshop in January in Hue City to arm child workers, orphans and other children at risk to fend off harm and understand their rights.

Nguyen Thi Tien, 15, confidently sells fruit by herself on the street to make more income after she finishes her work at a produce shop at An Lo Market in Phong Dien district of Thua Thien Hue Province.

Tien, an orphan, earns 1.1 million dong ($47) per month to support her ailing grandmother, who is 81. Tien says she once was physically attacked by a drunken man and, after that, did not dare to travel alone.

"I have phone numbers of some Catholic volunteers, social workers and fellows to call them in case I am bullied, abused or unfairly treated, so I no longer fear strangers," says Tien.

The young woman, whose parents died with HIV/AIDS, dropped out of school when she was in second grade. Every day she pedals five kilometers from her home to the market and passes through a cemetery, putting her at risk of physical attacks.

Lan and Tien joined 50 others like them for help from the Filles de Marie sisters at the training session in Hue.

Phu says, through pictures, video clips and group discussion, the children learn their rights to protection from discrimination, abuse, exploitation and abandonment. They learn about their rights to express their thoughts about youth issues, enjoy basic living standards and receive health care.

The nun says the workshop offers participants training on how to work in groups, listen to other people, observe situations and present their views. Then they turn to roleplaying exercises to practice what they have learned.

Participants played a game called "fish catcher." A boy was blindfolded and directed by some girls to collect "fish," represented by pieces of paper strewn on the ground, while other players shouted loudly. The boy, who was pretending to be an attacker, was confused by too much information and noise. The game taught the children how to fluster a potential predator.

Phu says children are also taught how to deal with potentially violent incidents and being exploited in the workplace. Many children do heavy work at construction sites, harvest rice, look after animals or wash dishes at restaurants but are paid half or two-thirds of what adults make for doing the same work, she says.

According to Thua Thien Hue Province data, 4,600 children have to work to support their families, live in slums or are affected by HIV/AIDS. An average of 33 cases of child abuse are reported every year in the province, higher than in much larger provinces, 2017 records show.

In 2018, the Ministry of Public Security estimates that 1,579 children in Vietnam were victims of sexual abuse, rape, murder, violence or trafficking. Many cases went unreported because they happened in remote areas or were hidden, experts say. In 2017, Vietnam had 23.9 million children under 15.

Nguyen Tan Tai, 17, a workshop participant, said the session taught him his rights and offered useful tips that had been completely unfamiliar to him.

Tai shared his family stories with others at the workshop. He says he saw his stepfather, who was addicted to alcohol and drugs, regularly beat his mother and abused his younger sister while shouting at him. The stepfather died of AIDS in 2017.

Tai also said in 2015 he worked four months at a construction site in Da Nang City, and a builder denied him his wages. "But I did not know how to make him pay me," he said.

The youth, who now works for a computer shop, said that last year his younger sister and he joined a church-run club for at-risk children. They were taught vocational skills, and their mother was given seed money to buy clothes to sell at the market for a living.

Phu, who is in charge of underprivileged children in Hue, said 30 members from the club established in 2017 gather to play games, draw pictures, share problem-solving skills, and go camping. All these activities aim to unite the young members so they can help each other to overcome challenges and protect themselves from abuses.

The nun said it is difficult to approach children who are from various locales and work at places far from their homes. Many refuse to reveal their backgrounds for fear of discrimination, ill treatment or bullying by others.

"We must be patient and need more time to work with those marginalized children and offer them chances to live a life of dignity," Phu says.

She says nuns also provide basic education and vocational skills at eight parishes to some 100 children who left school early. They are sent to work in safer places or with employers that have ties to the sisters.

Phu says the nuns plan to hold more workshops and educate local communities about children's rights in the future so as to prevent cases of child abuse. 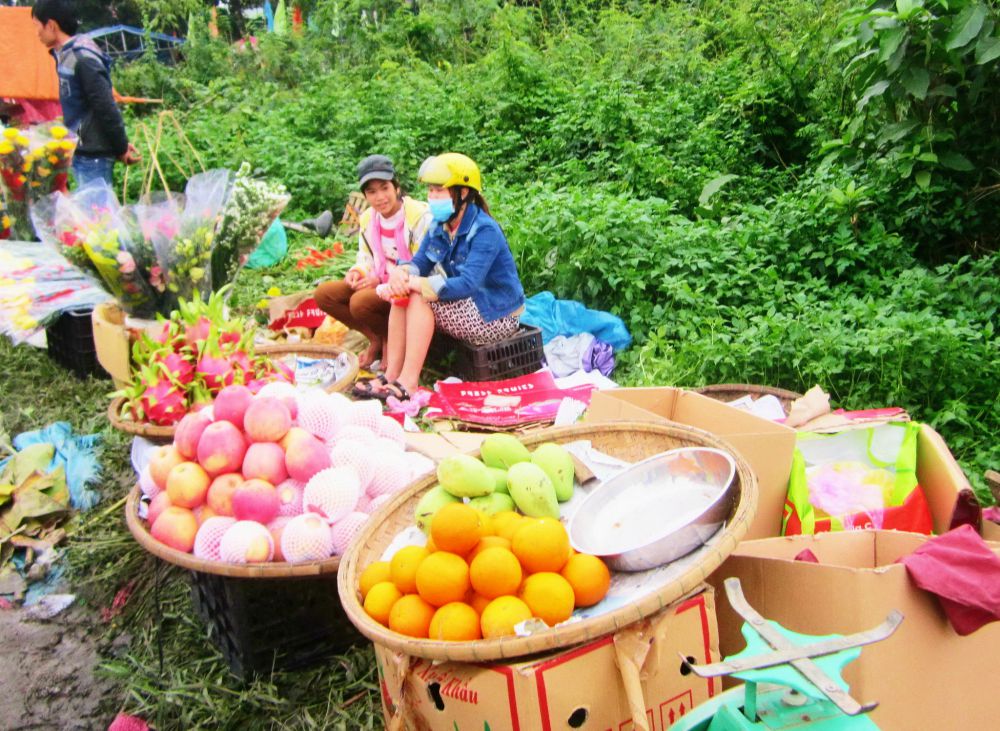 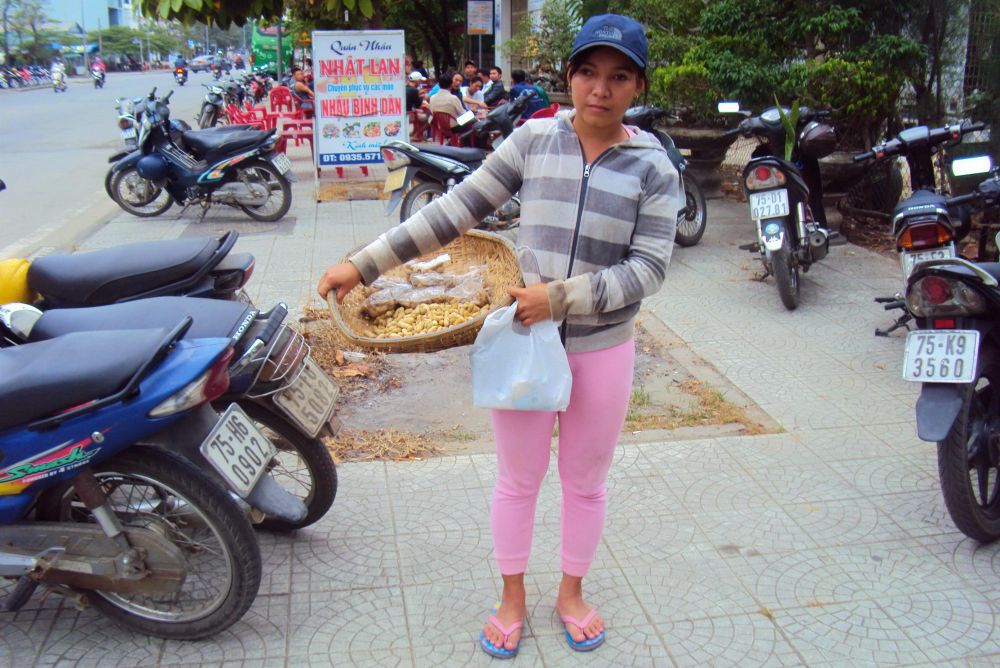 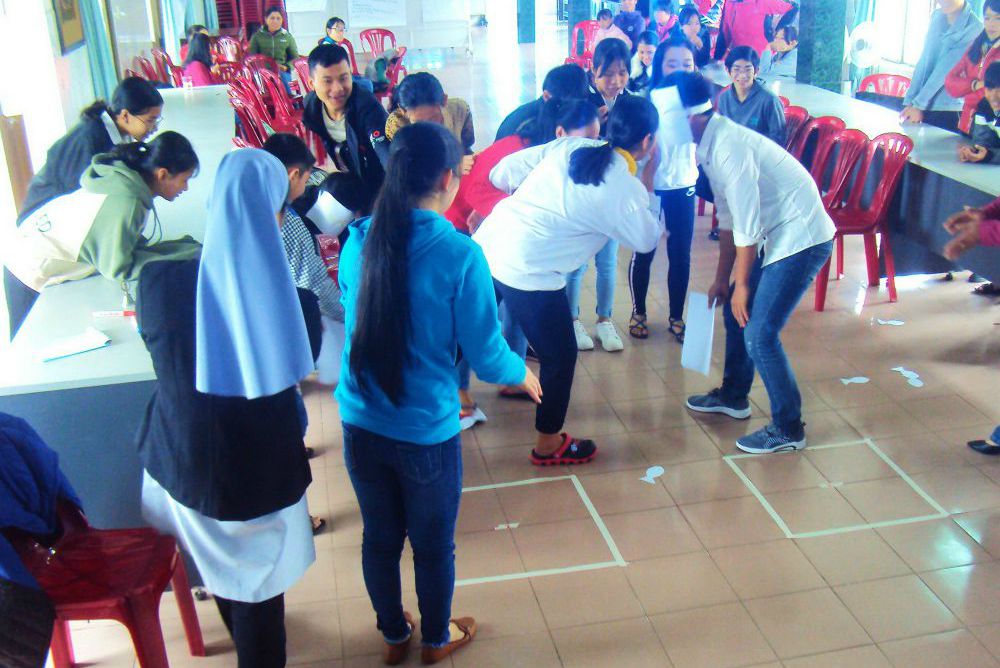 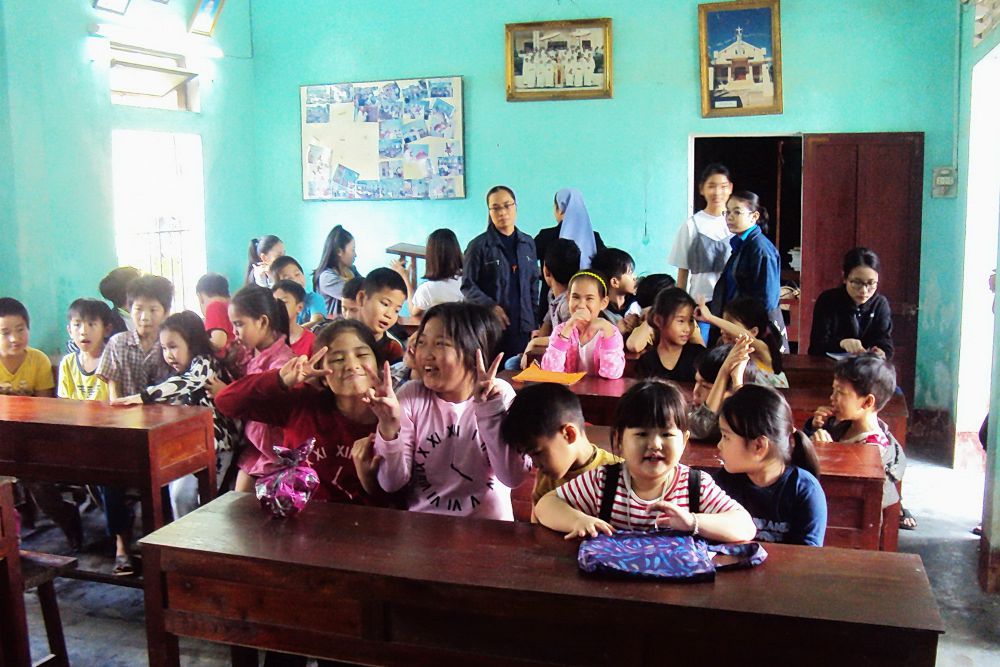