Pray hard, and carry on.

In the face of political and cultural winds that often seem to be blowing against them amid the tumult of the Donald Trump presidency, participants in the most recent "Nuns on the Bus" cross-country odyssey have chosen prayer over panic.

"My approach is to be grounded in a spiritual foundation. That's what sisters do best," says Sr. Susan Rose Francois, who serves on the leadership team of the Sisters of St. Joseph of Peace.

As they reflect on the voices of the immigrants, young people, homeless people, and families they met on the 2016 tour, sisters are pitting hope against fear, calling upon the Holy Spirit to change the hearts of politicians, and promoting the positive when many appear to be on the edge of a meltdown. (An American Psychological Association survey last week suggested that two-thirds of Americans are significantly stressed when they ponder the country's future, with more than half saying that this is the lowest point in U.S. history they can remember.)

The 13-state, 24-city "Mend the Gaps" journey through the Midwest and the Northeast included stops at both the Republican and Democratic conventions as well as in cities and small towns along the way. (Former GSR staff member Jan Cebula, a Sister of St. Francis in Clinton, Iowa, blogged about it.) It was the fifth such trip since 2012 and the most recent. A future Nuns on the Bus tour has not been announced.

If the sisters, in their advocacy for immigrants, health care as a human right and reducing economic disparities, measured success by bills passed and policies changed, their calculus would indeed be bleak.

But their comments suggest that doesn't seem to be the case.

As director of public policy at the D.C.-based Coalition on Human Needs, Richelle Friedman, a Sister of the Presentation of the Blessed Virgin Mary, says one-on-one encounters with families on the trip deepened her passion to advocate on their behalf. "Often the stories are sad and heart-wrenching. But I can't give up. The people who are struggling aren't giving up."

While Friedman admits it wasn't easy to avoid being negative, "I know that to be the best person that I could be for this work, I needed to be overcome with hope, not with anger. That doesn't mean I don't get discouraged, but it would be counterproductive to stay there."

Like other sisters, Friedman says she makes a practice of praying for the Holy Spirit to inspire lawmakers to act out of a sense of the common good and mutual respect.

A pastoral minister at Minneapolis' Church of the Incarnation/Sagrado Corazón de Jesús, which has the largest Latino population in Minnesota, Sinsinawa Dominican Sr. Margaret McGuirk says that she balances fear and hope. While worried about parishioners who may face deportation, she has also watched as white members of the parish have rallied behind immigrants, forming a rapid response team when arrests are reported, observing court proceedings, and even volunteering to take children if the parents are forced to leave. "In a time of crisis, we're pulling together, instead of staying hopeless."

In addition to a regular get-together that includes prayer with the other sisters and Dominican associates in her apartment complex, McGuirk participates in a regular time of "quiet with God in which I allow the concerns of the people to be present."

Simone Campbell, a Sister of Social Service, is the executive director of Network, and is instrumental in creating the Nuns on the Bus tours. Morning devotional time on the bus was essential, she recalls. "The important thing about the bus trip was [seeing] that faith has political consequences. For us, lifting the stories of people who don't get headlines was what this was all about. I think the trip changed all the sisters in some fashion. I know it's affected me."

"I'm often aware of some person I have met who is suffering," she says, mentioning her prayers just that morning for the Dreamers under DACA (Deferred Action for Childhood Arrivals). "For me, to be a follower of Jesus is to let my heart be broken. I'm more clear about that than ever."

There's some freedom, she adds, in knowing that she doesn't have to do it all. Campbell, who has described herself as "stomach acid in the body of Christ," says that as long as she doesn't take on too much, she doesn't feel overwhelmed. "When I feel burned out, I know it's because I feel that I'm in control, and I'm not."

Last year, she served as an election judge in a ward of Milwaukee. While Wisconsin insists that voters present proof of eligibility, Karge was inspired by the way the woman in charge gave voters clear instructions on where they could get help, and by the diversity of the crowd who showed up.

Though she says she felt like she had been "hit by a truck" when she heard the election results, "we hang on to hope." Though the state went for Trump, she appreciated the experience of being part of that "beloved community, one where everyone looks out for each other. People pulled together no matter the political outcome."

In prayer, Karge lifts the president and Congress, hoping that they can move closer to understanding each other. When she is done with her daily prayers, she calls upon them to stand on the side of the disenfranchised, particularly the immigrants she has served for so long.

At 77, the sister takes the long view, casting a skeptical eye on the rapid response of the media and the way, she says, they imbue every new pronouncement with an air of finality.

Her survival armament includes a vibrant cultural life, with plays, concerts and lectures. (That night she was off to hear New York Times columnist David Brooks give a talk at Dominican University.)

Overall, she adds, "I don't take things as final. Things evolve, and change. Play it out. All those psalms and prayers about trusting God? This is a real attempt to trust in a power beyond human power."

Francois, who at 45 is on the young side for a sister, immerses herself in contemplative prayer "to try to reach a place of peace."

But on the third day of the Trump presidency, she also started a practice she has now maintained for more than 280 days: one tweet a day to @POTUS (the president's official account). While most of her tweets are prayers that God will grant him qualities like patience, prudence or humility, she has been known to tap the wisdom of her young nephew, who suggested she ask the president to be nicer.

Couched in a civil tone, the tweets help her stay sane and grounded, she says, as well as temper the anger she sees on social media and elsewhere. "I am trying to counterbalance that. This is my strategy of nonviolence grounded in my faith."

Jesus: You shall love your neighbor as yourself

Praying you get that this commandment is serious

This Halloween, praying you & Congress do not do anything scary like take away health care from working poor

After all, being grounded in a spiritual discipline is what sisters do best, says Francois. Then she adds matter-of-factly: "If you don't have some practice, you are going to go crazy, whether you are religious or not." 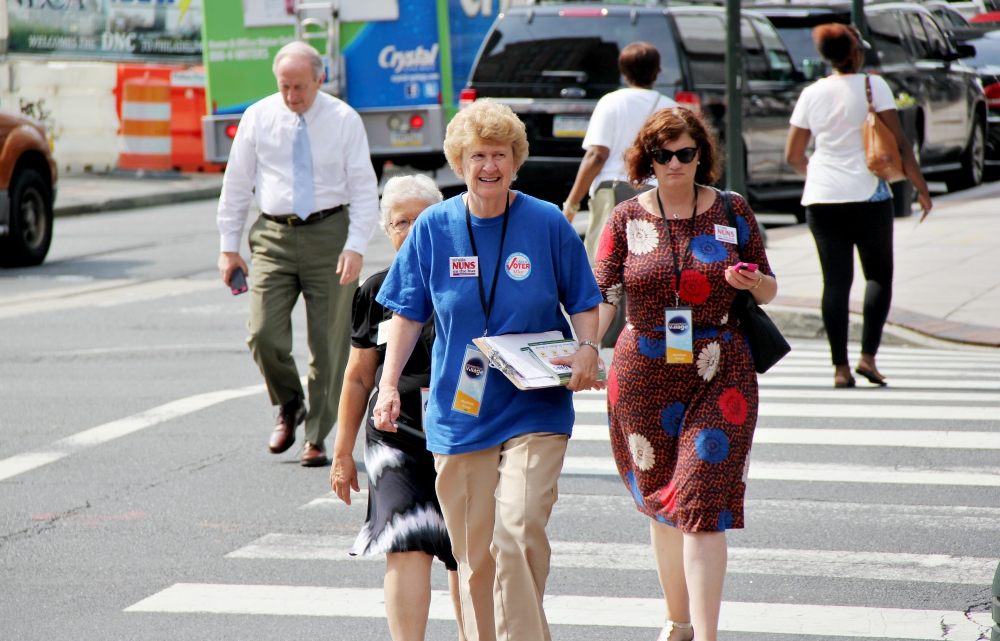 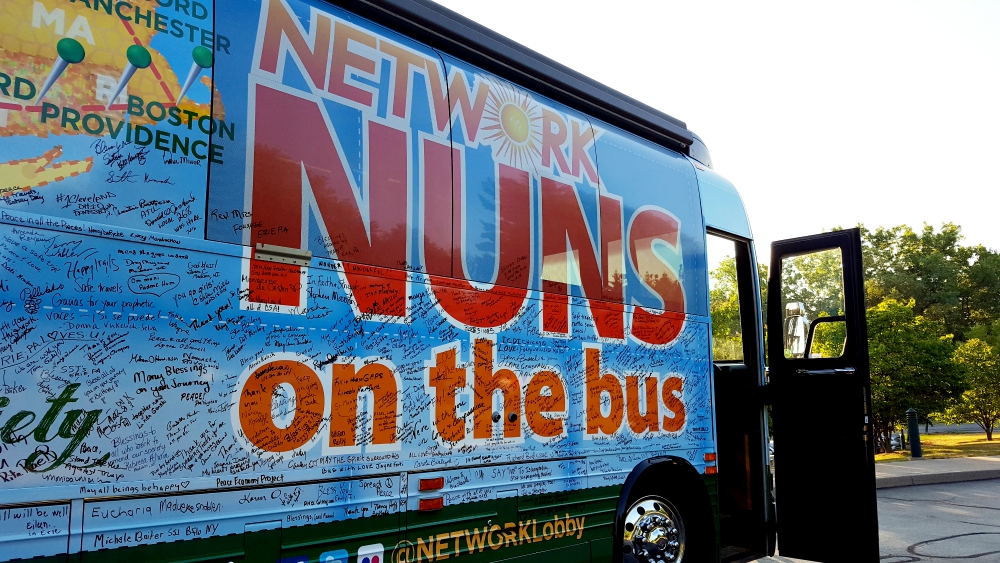 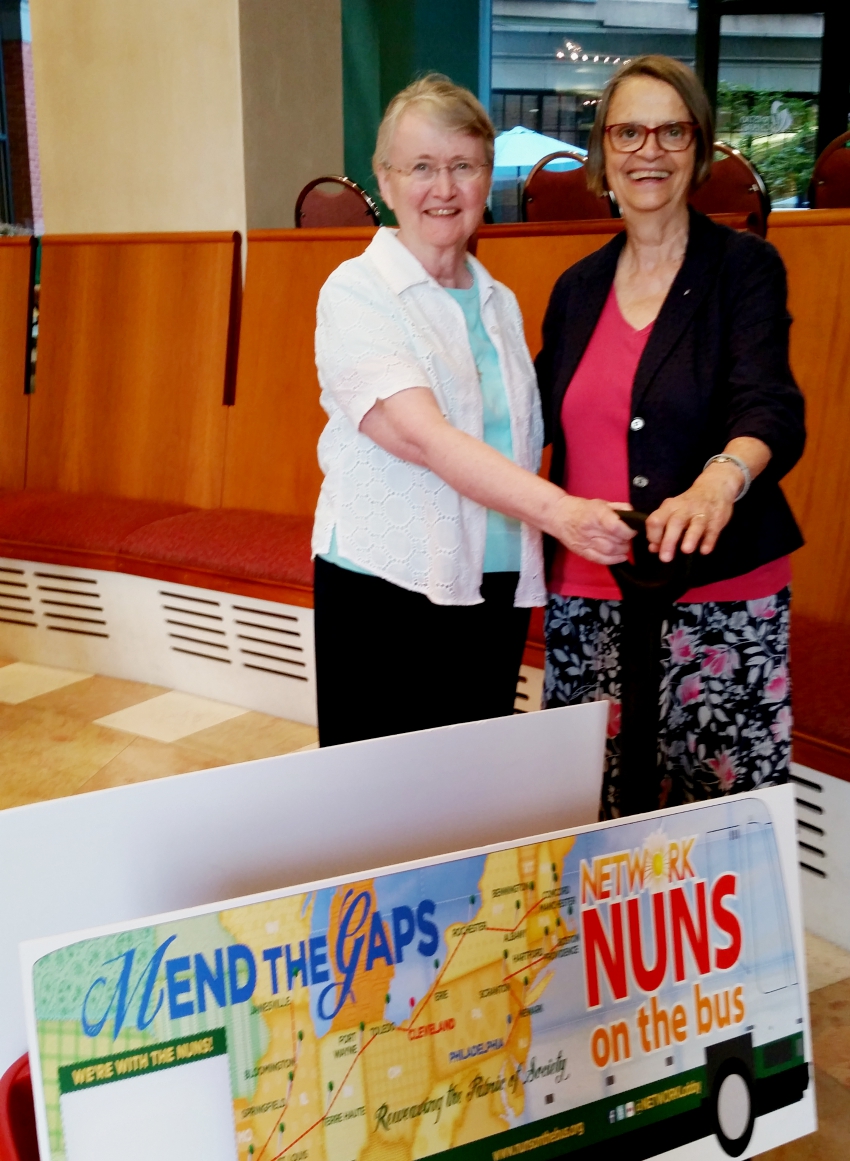 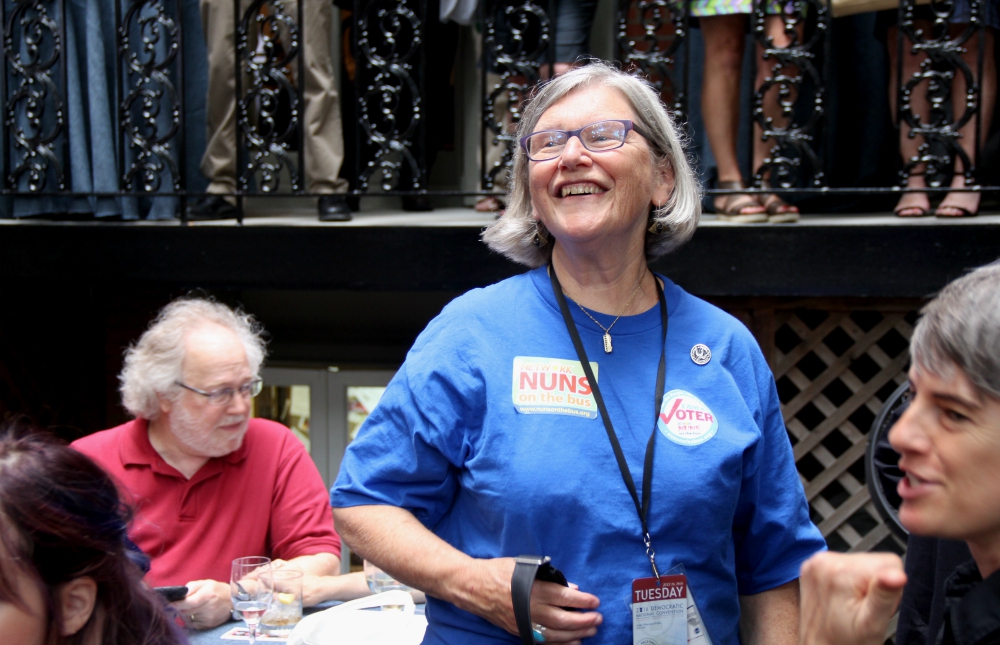 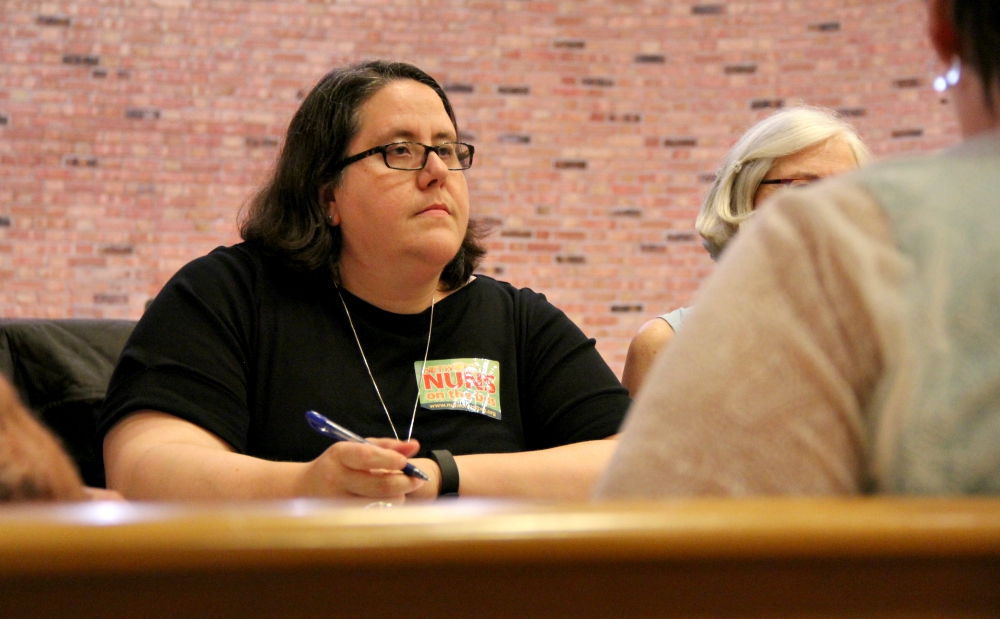