Editor's note: This is the third story in a three-part series examining how sisters and others are working to heal cities divided after incidents of anti-black racism. Read the first and second stories.

Every night, the Carmelite Sisters of Baltimore gather together in their monastery to watch the news — the BBC before dinner and one of the national networks afterward. Because they're committed to a life of prayer that keeps them at the monastery, it's a ritual that keeps the sisters informed and, of late, somewhat horrified as they've watched story after story of police brutality against black persons.

The sisters have been most shocked by the stories of police violence coming out of their own Baltimore. Sr. Judy Long's perennial joke is to refer to her community as "Nuns Without Borders" because their prayers defy geographic limitations. But even so, said Sr. Patricia Scanlan, there's no mistaking that Baltimore is the sisters' raison d'être.

"We're known as the Baltimore Carmel. All of Baltimore — all that concerns Baltimore, all the people of Baltimore, the events, the happenings — are in our prayer," Scanlan said.

It's easy to equate police violence in Baltimore with the story of Freddie Gray, the 25-year-old black man who sustained fatal injuries to his spine while in the custody of the Baltimore police in 2015. Gray's death dominated public interest for more than a year and inspired days of protest and unrest.

But there's another story from Baltimore that speaks to the misogynoir, or the hatred and violence directed at black women, that can persist, not only in law enforcement, but also in the movements seeking to protect black lives.

Less than a year after Gray died, Korryn Gaines, a 23-year-old black woman, was killed by a white Baltimore County police officer who had come to her apartment with an arrest warrant following Gaines' failure to appear in court for a traffic violation.

Police say that after they obtained a key to the apartment, they found Gaines, a legal gun owner, inside, armed with a shotgun. A next-door neighbor said a SWAT unit had surrounded Gaines' apartment and drilled holes in the walls in order to install surveillance equipment. He also wrote that Gaines asked police to put down their weapons first. A six-hour standoff ensued, ending when Officer Royce Ruby Jr. — who has since been promoted to corporal — fatally shot Gaines and wounded her 5-year-old son, Kodi.

A few local protests were organized for Gaines, but she never became a household name like Gray.

That a man's violent death would overshadow a woman's is hardly an isolated incident, as the African American Policy Forum explained in a 2015 report.

The new generation of anti-racist activists have done a superb job of outlining the ways in which black men are systematically criminalized, wrote researchers at the gender and racial equality think tank, and yet "black women who are profiled, beaten, sexually assaulted and killed by law enforcement officials are conspicuously absent from this frame even when their experiences are identical."

In conjunction with their report, the African American Policy Forum launched the #SayHerName social media campaign — an attempt to disrupt the tendency of national culture makers to ignore the deaths of women like Gaines (and Natasha McKenna and Yvette Smith and Shelly Frey and Rekia Boyd and Aura Rosser).

Yet, the proclivity to overlook black women and girls doesn't begin with their deaths at the hands of law enforcement. Data suggests institutions like hospitals and schools — basically the very institutions that are supposed to support and protect people — have routinely disregarded the needs of black women and black girls for years.

And that's exactly where some sisters in the Baltimore area have seen an opportunity for change.

Few women religious in Baltimore participate in protests against police brutality. In fact, none of the sisters contacted for this story had attended the demonstrations for either Korryn Gaines or Freddie Gray.

But what sisters have been doing is building institutions that aim to treat black women and girls with dignity and respect.

For some Baltimore congregations, this uplift has long been a mainstay of their mission. Notably, the Oblate Sisters of Providence, the first black order of nuns in the U.S., were founded in 1829 for the express purpose of educating black girls. Other communities have only more recently taken up the mantle.

Marian House, founded in 1982 by the Sisters of Mercy and the School Sisters of Notre Dame, is a holistic rehabilitation house for women leaving the Baltimore City Detention Center. While Marian House is not exclusively for black women, given that Maryland (like other states) over-incarcerates its black population, it comes as no surprise that most of the residents have been black.

Unlike more conventional transitional housing options in the area, Marian House makes it a point to address the systematic inequalities that drive women into prison or to lose their homes. Sister of Mercy Augusta Reilly, who served as executive director of Marian House from 1987 to 2003, told Global Sisters Report that the goal has always been to create homes for the residents and not just houses.

"You don't get over a criminal history, addiction, abuse and poverty in a house," she said. "You have to have support."

The tuition-free middle school in southwest Baltimore, founded in 2004, is kept small by design. Of the 72 students enrolled for the 2018-2019 school year, 52 are black. There's only one white student.

The school's president, School Sister of Notre Dame* Delia Dowling, said their goal is to foster not only academic success, but also social, emotional, physical and spiritual growth. A graduate support director works with the girls even after they've graduated from the school, which is one of the reasons Dowling said they can boast a 100 percent graduation rate for their alumnae.

"We try to prepare them to take their seats next to people who maybe came up in a different way — a more privileged way," Dowling said.

The Baltimore Carmelites, of course, don't run schools or rehab houses. But since the deaths of Freddie Gray and Korryn Gaines were first transmitted across their television screen, they've lent their charism to the work of anti-racism in their own way.

Overall, the sisters have spent more time praying, both corporately and individually, about white supremacy and racism. They've also embarked on a communal study of racism. To that end the sisters have invited theologians such as M. Shawn Copeland, Sister of Notre Dame LaReine-Marie Mosely and, most recently, Jeannine Hill Fletcher to the monastery to give presentations on the matter.

The sisters' Sunday liturgies have become opportunities to encourage the many Baltimore educators who come to worship with them — a chance to make sure teachers are prepared spiritually to engage with their black students who may be traumatized by what's happening around them.

Sr. Connie FitzGerald, a contemplative theologian, visualizes the work she and her sisters do from the monastery as sending our love on the "currents of human consciousness." It's not an apostolic ministry, but it is an active one. "It's very active, and it's very demanding," FitzGerald said. "It requires an incredible faith — and a faith to live it for a lifetime."

But staying at the monastery while their city has — sometimes literally — gone up in flames in recent years has been a test of that faith for some sisters. Sr. Mary Fleig, for instance, said that weighing her devotion to Carmelite spirituality against her desire to join the Gray protests in 2015 marked one of the most difficult times in her religious life.

"I wanted to be out there in the city, marching and doing things," she said. "I really had to dig deep and ask if this life makes a difference. But I had to come down on the side of, yes, what we do here makes a difference and is worthwhile."

A common refrain among the sisters is that white supremacy isn't a fringe movement; it's embedded into the very laws of the nation. That's how we get to a place where black women and girls can be so devalued by the institutions around them.

And that's what the sisters of the Baltimore Carmel want to change on a cosmic level. They want to manifest in Baltimore and in the rest of the world the same communion they feel at the monastery, explained Sr. Celia Ashton.

"We're all held in God's love and God's embrace," she said. "I feel like it's a long way to making that reality, but what we do here and how we live our life — we really believe is transformative for the world."

[Dawn Araujo-Hawkins is a Global Sisters Report staff writer. Her email address is daraujo@ncronline.org. Follow her on Twitter @dawn_cherie.]

*This story has been updated to correct Sr. Delia Dowling's order. 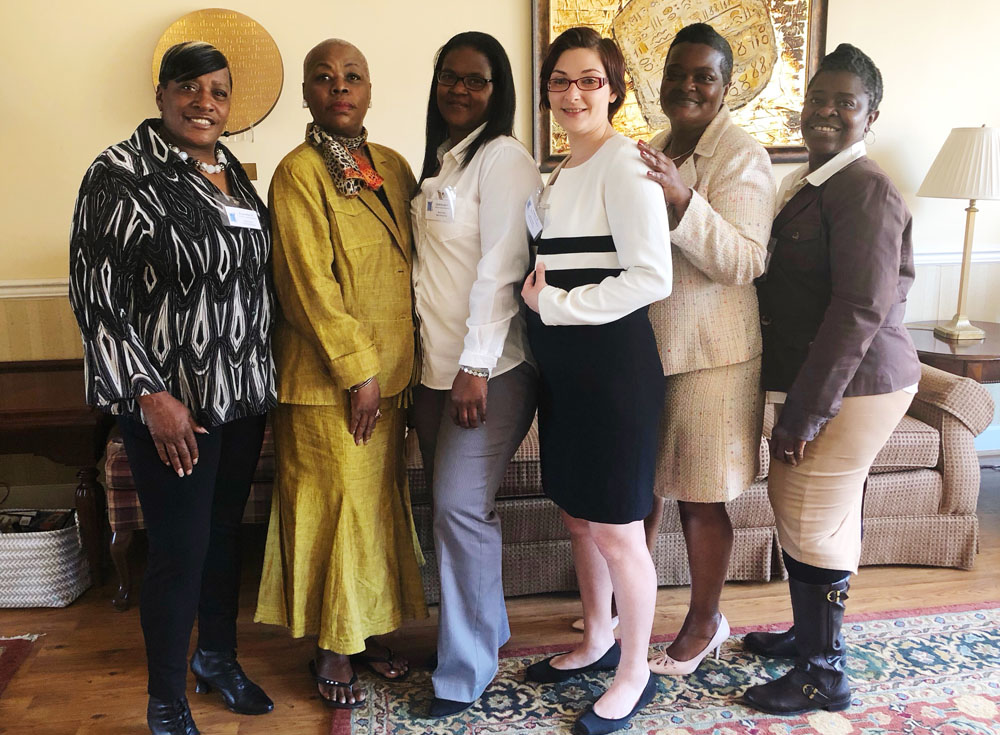 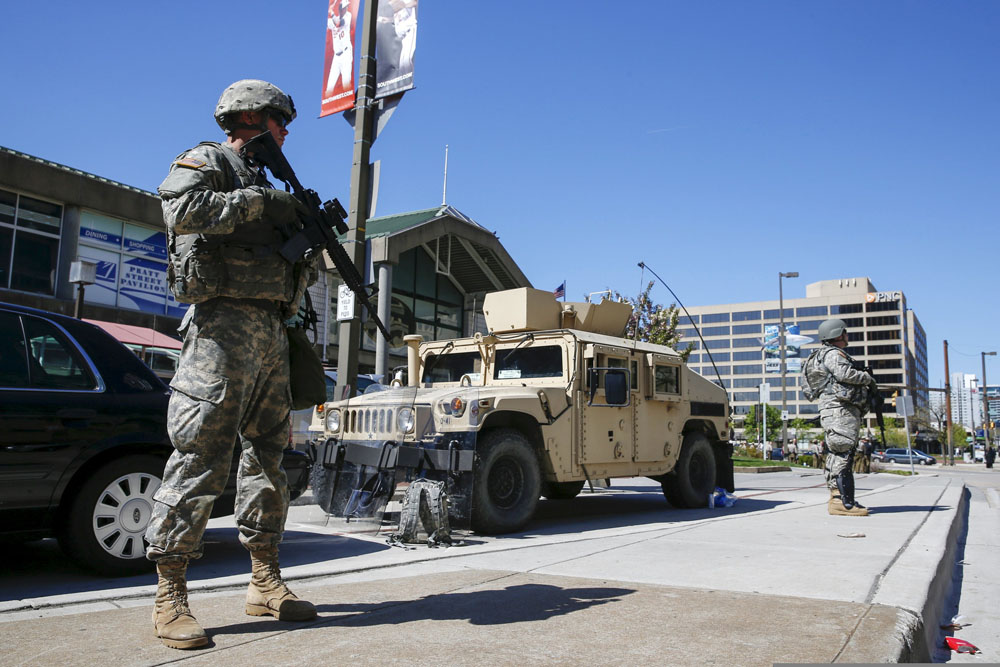 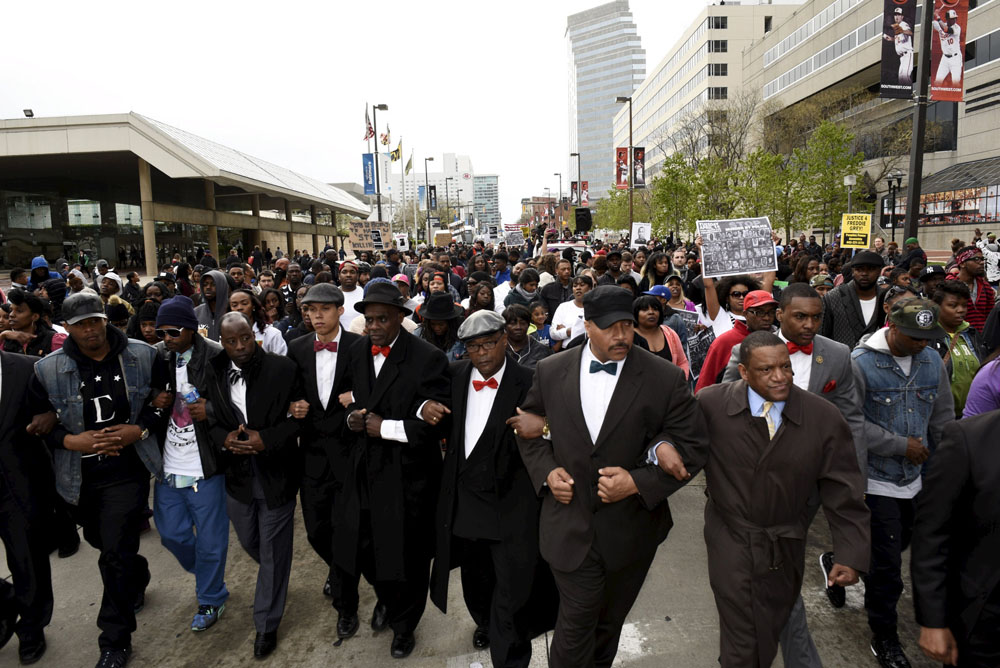 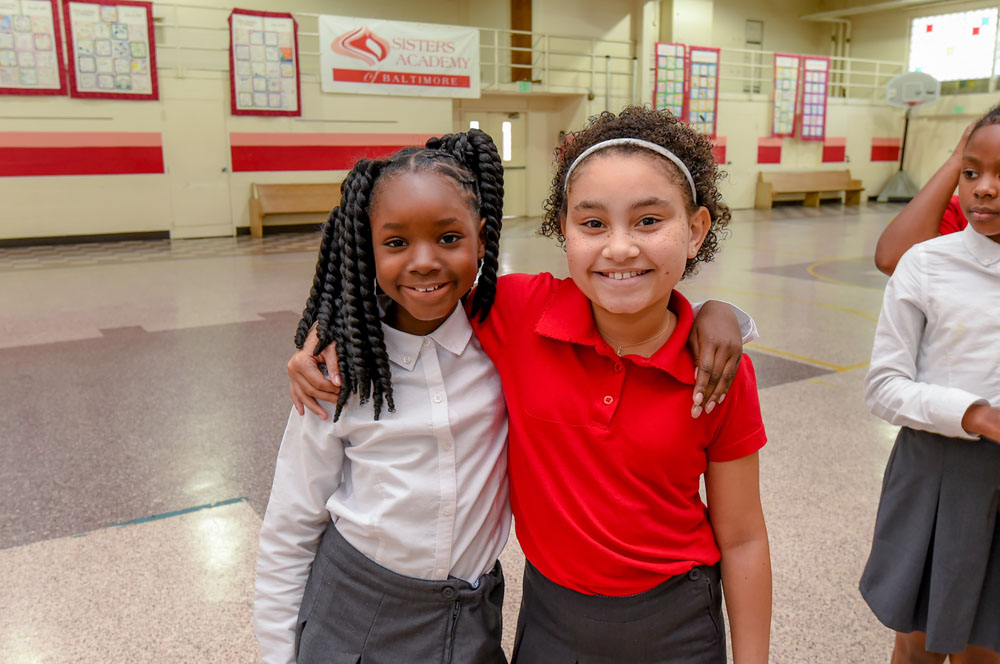 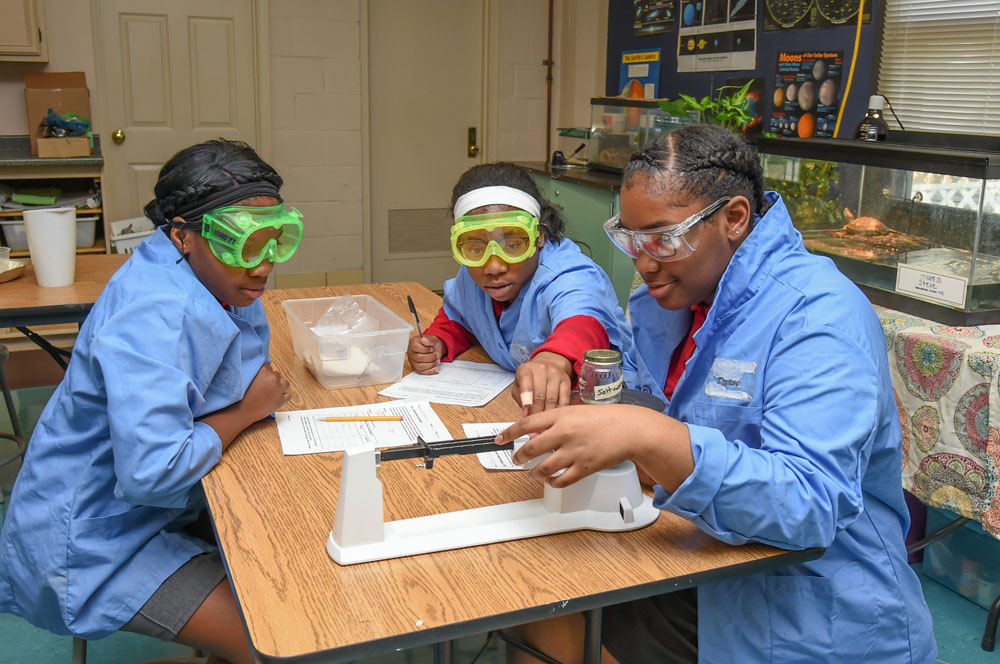