Miriam (not her real name) was a nurse in a hospital in Congo. She privately criticized the way some doctors mistreated patients. Someone reported her to the authorities. She was jailed and tortured.

One day, she was brought with a group of inmates to a place near a river. The inmates knew they were going to be tied up and thrown into the river to die.

A guard came close. "Run, run," he whispered to her.

She did just that for days, escaping through the jungle. Friends and family gathered some money so she could flee to France.

Officials from the Office Français de Protection des Réfugiés et Apatrides (OFPRA), which decides who can be granted asylum in France, did not believe her story and rejected her asylum request.

But with the help of sisters and volunteers working for Les Champs de Booz, she appealed and won. She is in Paris now, hoping her daughter will join her soon.

In 2003, 23 women religious congregations united to create Les Champs de Booz to help some of the most vulnerable refugees in France: single women who arrive on their own, fleeing a country where they are in danger. Often, they do not speak French, have sold most of their possessions to pay the traffickers who take them to Europe, and only know a few fellow immigrants from their home country, who are not always eager to help them.

They need a place to stay and some help to learn the language and get trained for a job in a country where unemployment hovers around 10 percent, something they often could not imagine when they left their home countries. Some of them arrive in France and do not know which country they are in. The traffickers decide where to take them.

The name "Les Champs de Booz" was inspired by the story of Ruth in the Bible: Ruth works hard for a living and to protect her mother-in-law, and Boaz (Booz in French) treats her well and defends her against racism and sexism.

"Every woman who comes to this place has been subjected to some form of violence," said Sr. Eliane Loiseau, a Missionary Sister of the Gospel. Together with eight laypeople and five other sisters, Loiseau takes her turn seeing the women who ring the bell on Tuesday and Thursday afternoons, when the place is open to them.

"The sisters who work here, like me, have often lived in Africa, they have traveled, they know what poverty is like in the countries refugees are trying to flee," Loiseau said. "Volunteers who work with us are often women who are retired. They raised children; they have other experiences of life, professional skills. It is very positive for all of us to work together. We enjoy it. Recently, a volunteer told me, 'You sisters have an overview and look very far into the future. You are not too focused on the short-term.' "

Every Tuesday and Thursday, the team has lunch together before sharing information about the women who came by during the week. Altogether, 112 women came for assistance in 2017, totaling 800 visits, since most of the women come several times. Of the 112 women, 58 came for the first time. In 2016, there were 355 visits from 64 women.

Each woman is seen by two volunteers, mostly women themselves, who decide whether the person is a refugee or a migrant they would then send to another organization for help. Les Champs de Booz only helps asylum seekers.

Altogether, the process of getting asylum in France takes six months to more than a year. Les Champs de Booz plays a big part helping these women with the heavy paperwork. It also offers support and listens to them.

"Sometimes they turn up, sometimes they don't," Bloch said. "We try to tell them to be persistent, but it is difficult."

Knowing the language is essential to find a job.

"Learning French is very hard for Asian people, including the Tibetans we now see more and more frequently," said Sr. Nicole Robion, a Missionary Sister of Our Lady of Africa, also known as White Sisters, who is part of the Les Champs de Booz team. "But if they don't, they risk spending their life working in the kitchen of an Asian restaurant without any prospect of a better job."

The women's situation is made worse by the lack of accommodation in Paris. The women usually have no place to stay beyond a few days spent with friends or relatives, who do not have much space for them. A lot of them sleep in shelters for people who are homeless.

The organization gets help from parishes and from women religious congregations that have spare rooms. The women must pay a token rent of 100 euros a month. Altogether, there are about 25 beds available, which is not enough. The diocese recently offered Les Champs de Booz an old building where 450 people could find shelter, but the organization could not use it because there was nobody to manage the building.

Where are these women from?

"Since October 2017, we have seen a lot of women coming from Tibet," said Sylvaine Clouqueur, a former lawyer who now works as a volunteer with Les Champs de Booz. "This is a new phenomenon. Communication is not very easy, but when one of them speaks some English, she helps the others. They get asylum easily, since the French government recognizes Tibetans are victims of persecution in China."

Others come from French-speaking West African countries, such as Guinea, Ivory Coast, Cameroon and Congo. It is harder for them to get asylum since they often cannot prove their lives are in danger.

Migrants — people who come to Europe in search of a better future — are not all asylum seekers. The former leave their countries in the hope of a better life. Asylum seekers flee a home country where they are in great danger because of a war or because they have been victims of political or domestic violence or of sexual mutilations. Some were put in jail for criticizing the government; others risk the death penalty because of their religious beliefs or sexual orientation.

If they apply for asylum and seek protection from France, they know they will never be allowed to go back home. If they do, they lose the right to live in Europe. The right to be granted asylum is part of the U.N. Convention on Refugees adopted in 1951.

"We welcome these women here twice a week to help them file for asylum, find a place to stay, apply for health coverage, etc.," Choiseul said.

A three-step process that can take months

First, they must line up for hours, waiting for their turn to be received by a nonprofit organization in charge of giving them a first appointment with local authorities to submit their claim for asylum.

France Terre d'Asile is one of the main associations to welcome refugees and register them, allowing them to go to the immigration office at the Préfecture de Police, the second step of this procedure. The line in front of their office in the north of Paris gets so long, sometimes applicants have to sleep in the street and wait for the office to open again the next day.

According to the government's official website, an appointment with the police is scheduled for three to 10 days after the first visit. In reality, it now takes at least two months, volunteers with Les Champs de Booz say.

At the prefecture, the applicant is asked: Where do you come from? Why did you leave? Have you applied for asylum anywhere else?

Asylum-seekers must apply in the first country they reach when they set foot in Europe. This procedure, called the Dublin Regulation, explains why Italy and Greece have had to take care of more asylum-seekers than most other European countries. Africans come to Italy by boat from Libya, risking drowning in the Mediterranean, and Syrians come through Turkey to Greece.

"Our aim is to help them get documented but also find a job and a place in French society," said Francine Sosson, a retired pharmacist who works for Les Champs de Booz. "We are not encouraging them to live on welfare, not at all."

Fingerprints are taken at the prefecture to check in the European database if the person has already applied for asylum somewhere else.

At the end of the interview, the asylum seeker may apply for a daily allowance of 680 euros ($8.36) a day, which he or she usually gets after about two months and receives until the final OFPRA decision. At the same time, he or she is given permission to stay in France for a month, time to gather documents needed for an official application (pictures, a detailed account of their travels, proof of their nationality, etc.) to OFPRA, which will then call for a final interview at its headquarters in an eastern suburb of Paris.

Once an asylum seeker has sent their application, they are allowed to stay until OFPRA calls them for an interview. This can take months, since more and more people are seeking asylum in France.

The last step is the one every applicant dreads: the visit to OFPRA for an interview with the French official who will decide whether the person is really in danger in his or her home country and should be granted refugee status. To get it, asylum seekers have to convince officials that they would be subjected to persecution, violence or jail if they return home.

"Every asylum seeker we see here has a story of violence and bad treatment," Loiseau said. "Most of them need time to be able to tell us exactly what happened to them, to describe how they were physically assaulted and wounded or married very young against their will. Most of them have children they left behind. We help them put words on what they have experienced, so they can state their case with more conviction. It is very difficult for them."

Asylum seekers are allowed to be accompanied to the interview.

"The volunteer is barely allowed to say a few words at the end of the interview," Sosson said. "It is not like having a lawyer with you."

OFPRA officials are supposed to give an answer within six months. Again, this often takes longer. Criteria laid out by the Refugee Convention are strict: In 2017, only 27 percent of the applicants were granted political asylum. The number rises to 36 percent when you include those who brought the appeal to the Cour Nationale du Droit d'Asile and won their case, according to OFPRA.

Those who are turned down often go underground.

"I'd rather live in the street than go back home," one asylum seeker once said to a Les Champs de Booz volunteer.

The increasing number of refugees has led the government to prepare a law to cut in half the length of the asylum-seeking procedure and to ensure people whose application has been rejected go back to their home country.

Time to appeal OFPRA's decision would be shortened and applicants would have only 15 days to file for asylum.

Most human rights associations are afraid that the measures included in the law — which was passed April 22 in the National Assembly and has now to go to the Senate — will cut the rights refugees have had until now.

"Asylum seekers who have escaped real danger need time to be able to state their case," said Sophie Trouillot, a volunteer working with another group of refugees. "They are traumatized. The new law will make their situation worse." 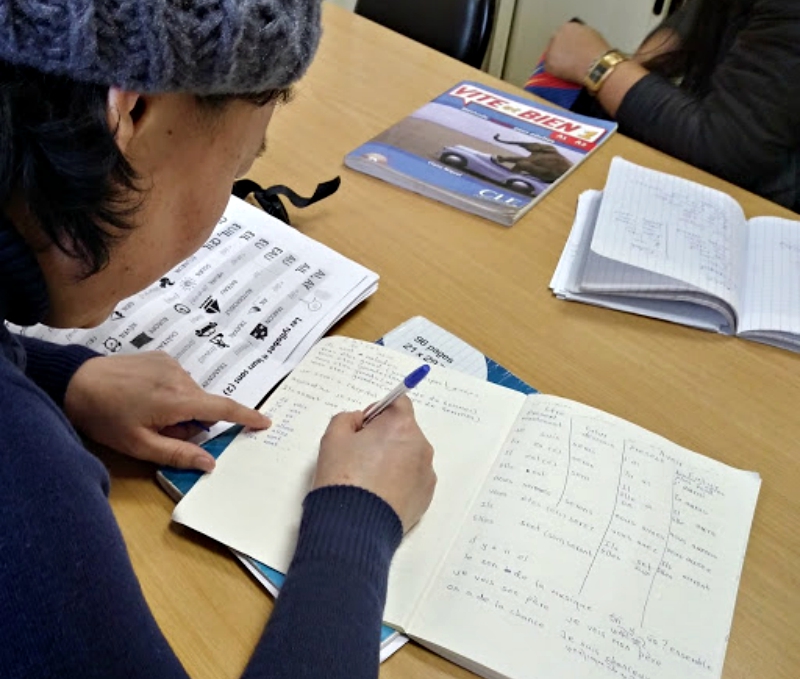 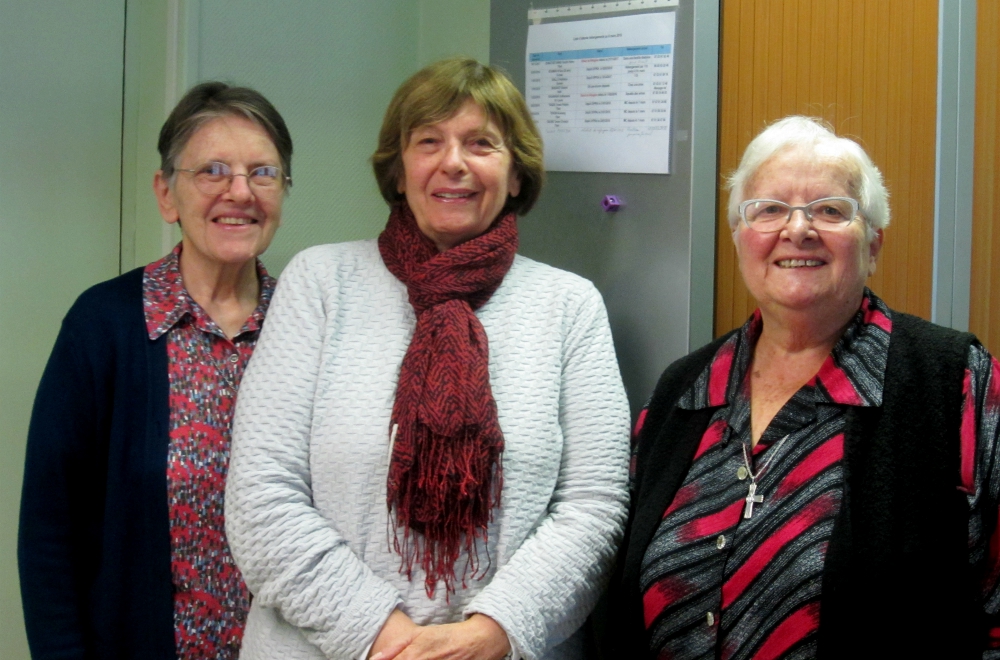 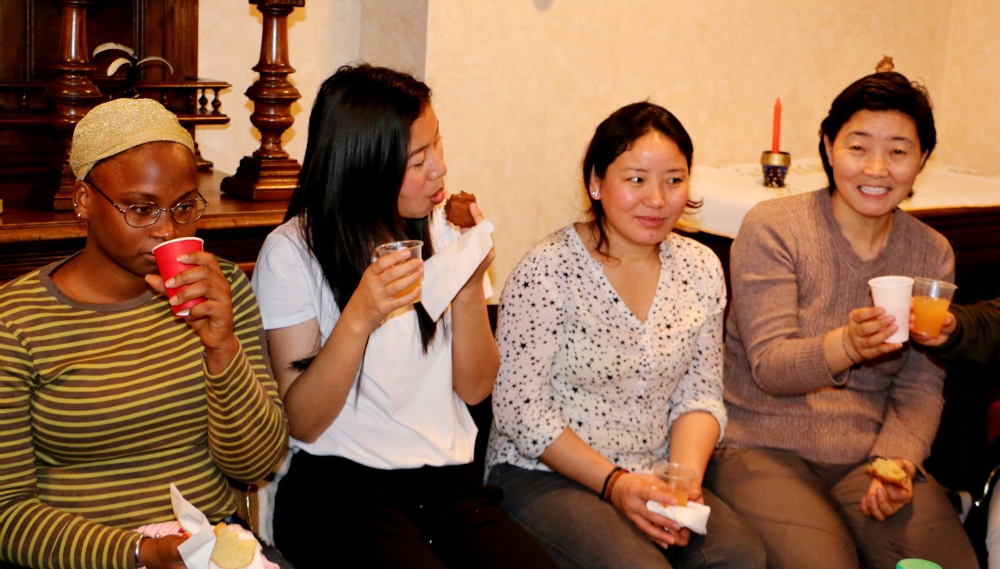 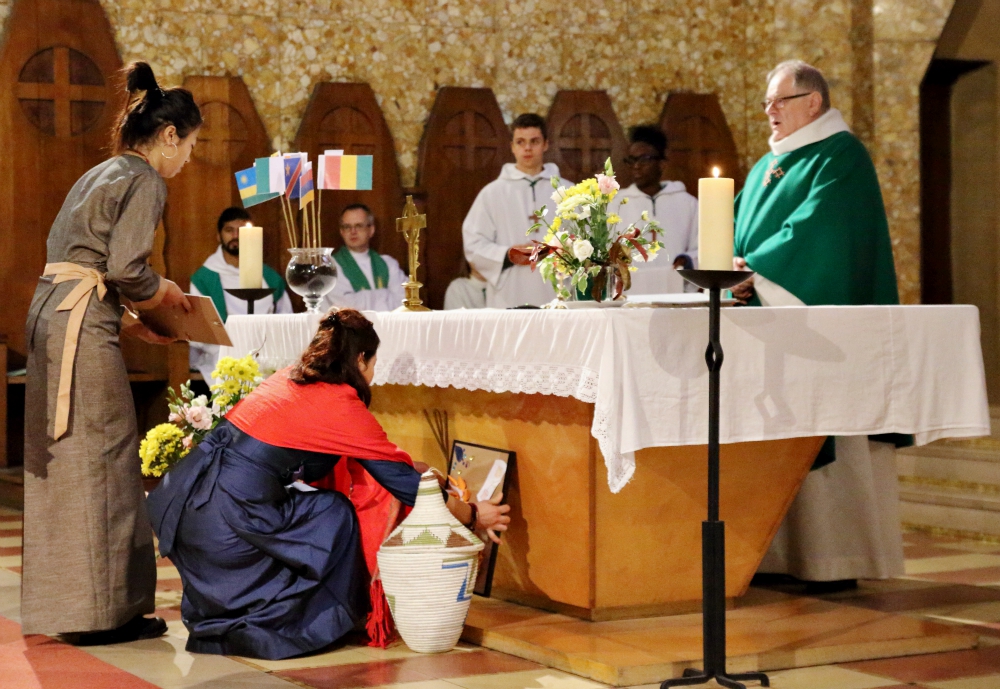 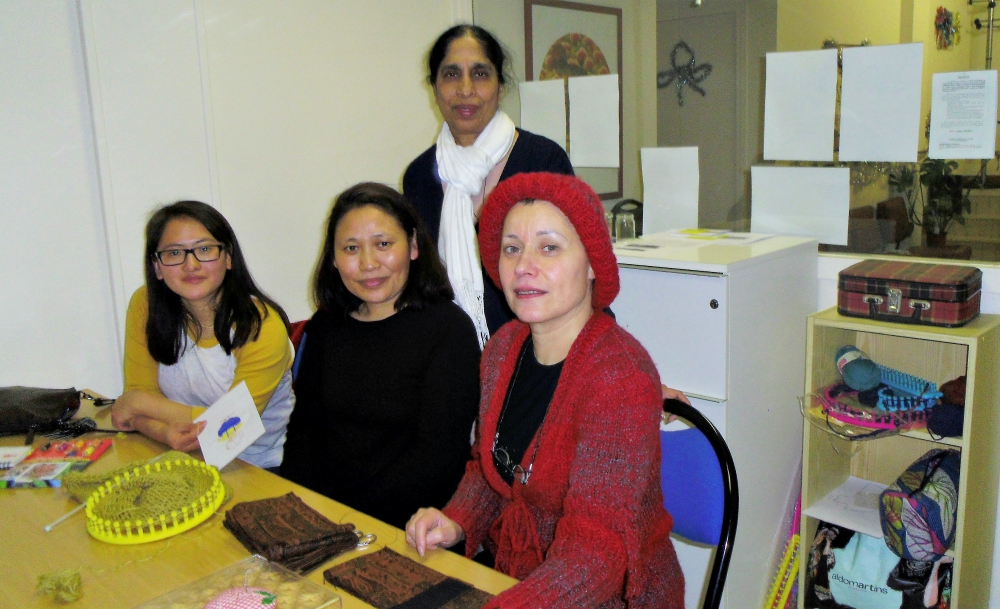