Sr. Norma Pimentel, executive director of Catholic Charities of the Rio Grande Valley in Texas and a longtime advocate for immigrants and refugees, will receive the University of Notre Dame's 2018 Laetare Medal at the school's graduation ceremony May 20.

"Jesus said, 'When I was a stranger, you invited me in.' Sr. Norma Pimentel has given her life to welcoming Christ in the immigrant and refugee," Holy Cross Fr. John Jenkins, Notre Dame president, said in announcing the award March 11.

The Laetare Medal is so named because its recipient is announced each year on Laetare Sunday, the Fourth Sunday of Lent.

Pimentel, a member of the Missionaries of Jesus, has overseen the charitable arm of the Diocese of Brownsville, Texas, since 2008, providing those in need in the Rio Grande Valley with emergency food and shelter, housing assistance, clinical counseling and pregnancy care.

She was instrumental in organizing local response to the 2014 surge of Central Americans seeking asylum in the United States, which also included helping to establish the Humanitarian Respite Center in McAllen, Texas, providing newly arrived immigrants with food, clothing, water and a place to rest.

In 2015, Pope Francis personally thanked Pimentel for her work with immigrants in a virtual town hall meeting featured on ABC's "20/20." That same year she was named one of Our Sunday Visitor's 2015 Catholics of the Year and won a nomination for "Texan of the Year."

Pimentel said she was "truly honored" to be chosen for the award, noting that it "brings forth the cries of the suffering for the world to hear." She thanked the university for the recognition and for "being a voice for immigrants in our midst."

In her reflection on immigrants in the book "A Pope Francis Lexicon," Pimentel wrote: "I am a U.S. citizen by 'chiripa' — sheer chance," noting that she grew up in two countries, Mexico and the United States.

She has said that some of her most formative and pivotal experiences took place shortly after she professed final vows and Border Patrol agents were bringing immigrant families to the convent, often late at night.

Pimentel said Sr. Juliana Garcia, her religious superior at the time, "would immediately prepare a room to welcome the family when they arrived. The mother and her children would become part of our community family for about a week or so, and I quickly learned the importance of living out our faith by how we welcome and protect those who need us."

Established at Notre Dame in 1883, the Laetare Medal has been awarded annually at Notre Dame to a Catholic "whose genius has ennobled the arts and sciences, illustrated the ideals of the church and enriched the heritage of humanity." 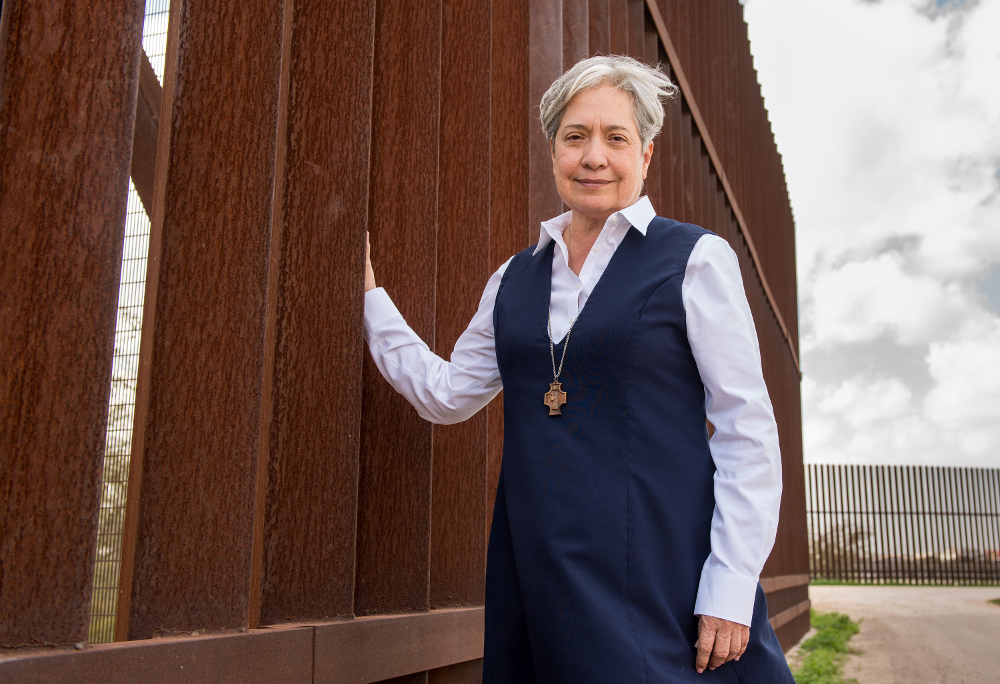