The first conference on women religious to be held at the University of Notre Dame's Kylemore Abbey Global Centre in Ireland since it opened two years ago focused on the role of women religious in migrant education.

On March 15 and 16, sisters working on the front lines in migrant education in places like Italy, the Philippines, Latin America and Nigeria exchanged information and testimonies with scholars who document sisters' work.

Kathleen Sprows Cummings, associate professor of American studies and history at the University of Notre Dame, oversees the History of Women Religious project, an academic organization devoted to the historical study of Catholic sisters in the United States. She told Global Sisters Report the impetus for the gathering was the centenary of the death of St. Frances Cabrini in 2017.

St. Frances Xavier Cabrini (1850-1917) was an Italian-American religious sister who founded the Missionary Sisters of the Sacred Heart of Jesus, which provided support to Italian immigrants to the United States. She was the first naturalized American citizen to be canonized by the church, on July 7, 1946.

The title of the Kylemore conference, "A Pedagogy of Peace," comes from Pope John Paul II, who described Cabrini's role in educating migrants as a pedagogy of peace, said Sprows Cummings, one of the organizers of the conference.

"For me, the conference was about building bridges: bridges between the sisters who are actually doing the work and the scholars who write about them; a bridge between the past and the present; a bridge between contemplative sisters and active sisters," she said. "Most of the history is about what women religious did ... how many schools they opened. But in religious life, the action and contemplation are not supposed to be silos."

Professor Deirdre Raftery of University College Dublin described the setting of the conference in the starkly beautiful Connemara region of the west of Ireland as appropriate because it served as a constant reminder to conference participants that Ireland, and specifically its western seaboard, was heavily affected by migration, particularly in the 19th century.

"What I gleaned was a lot of facts that I needed to hear, which will be useful for my students in the School of Education in UCD," Raftery said. "The sociologists, historians and the psychologists have a strong commitment to research around migrancy and asylum-seekers and the crisis that society is having to respond to today."

"It was great to meet people who are actually [doing the work] and to hear what they are grappling with and how they respond, not just as sisters but as human beings," she said. "As women, they are particularly attuned to the horrendous position that so many women are in in developing countries."

Raftery said the parallel Kilroy drew between the violence of the French Revolution and the beheadings and physical mutilations perpetrated by the Islamic State group today was "a clarion call" to recognize violence as one of the causes of migration.

"Not alone is this something that has been going on for centuries, but it is a reminder that we fail to learn from history," Raftery said.

She said the women who became the first members of the Society of the Sacred Heart of Jesus "were all migrants: They had lost their homes, they were dispossessed and fugitives." Yet they set about gathering children off the streets to give them an education despite their limited finances.

"We are all migrants. There is no pure race," Kilroy said. "Until that connection is made, we won't treat migrants properly because we see them as 'them.' I was trying to make the point that it is 'us.' "

Benedictine Sr. Jacqueline Leiter, who teaches English-language learners at St. Paul's Public School in Minnesota, said she has "always loved that moment that usually comes in the springtime when my students begin to blossom and grow in confidence as readers and speakers of English."

Speaking on the theme "Lived Tradition and Migrant Education," she told the conference that working with immigrant and refugee children and their families has been a particular way for her to "incarnate a life of hospitality."

She said as a Benedictine Sister, her ministry is guided by St. Benedict's hospitality rule: "All guests who present themselves are to be welcomed as Christ, for he himself will say: 'I was a stranger, and you welcomed me.' "

"I am learning from my students that hospitality means turning outward and being present in the moment with whomever is before me," she told the conference.

But she also said after visiting some of her students' homes, she felt anger and grief.

"I was angry that apartment managers and owners allowed the conditions in which the families lived in crumbling buildings: mold, cockroaches, cracked walls, peeling floors, and leaks," she said. "I was grieved to see whole families who had to work so hard to make a life for themselves in a new country under these conditions."

Sr. Florence de la Villéon of the Society of the Sacred Heart of Jesus said in her presentation that her congregation has always believed that society develops through the education of women and girls.

Speaking on behalf of Migrant Project/Sicily run by the International Union of Superiors General in Rome, which began two years ago and involves 10 sisters of from eight different nationalities and eight different congregations, de la Villéon said the sisters involved in the intercultural project wanted to welcome migrants who were landing on the Sicilian coast and help them integrate in Italy.

Congregations and Catholic organizations are putting their energy into setting up centers in Sicily for female migrants to help them avoid prostitution, she said.

"These centers work with women to help them seek paid work and earn a living," she said. "They have no qualifications, and sometimes, they do not speak Italian. Finding them work is the only way to avoid either prostitution or involvement with Mafia networks, which easily offer them work and money."

"The more time I spend with young migrants, the more I feel called to struggle against criminal structures which create this human trafficking," de la Villéon said in her address to the conference.

"Today, in trying to save migrant women from threats such as prostitution, I can see more than ever the need to accompany my religious sisters in developing countries, in setting up schools, investing in formal education and formation, especially for girls," she said. "I am also discovering how much of what happens in Africa and Asia and what the sisters of my congregation do in other continents has a direct impact on my mission in Europe."

She added, "In the world of today, one person in seven is considered a migrant. Intercultural dialogue is no longer a choice. It has become an imperative."

Sr. Caroline Mbonu from Nigeria said the charism of her order, the Handmaids of the Holy Child Jesus, has its roots in the prophetic witness of Mother Mary Charles Magdalen Walker (1881-1966), who could be considered a "religious migrant."

In her talk, "Education Embodying the Charism," Mbonu highlighted how increased tensions and hostilities among people, famine, and skewed global economic systems escalate the rate of immigration to "a catastrophe" in some areas of Africa and the Middle East.

She said in Nigeria, large numbers of people, including families with young children, migrate from the countryside to urban centers in search of better opportunities.

"Consequently, heterogeneity defines the student body, who come to live and learn together in our schools," Mbonu said. "To achieve unity among the learners, peace pedagogy embodying the charism becomes the modus operandi in curriculum."

In her presentation, Sacred Heart Sr. Lolin Menendez, who works with the Jesuit Refugee Service, said several sisters of the Society of the Sacred Heart of Jesus have been involved in formal education programs in refugee camps.

The priority in the camps is to provide a learning environment, be it a tree or a tent, in situations where a school with walls and a roof were not even a remote possibility, said Menendez, who relayed to the conference experiences of Sacred Heart sisters working with migrants around the world.

The education of girls of all ages is of utmost importance, especially in situations of displacement, the sisters who spoke to Menendez stressed. They told her that girls are most vulnerable in camps and settlements, where they bear most of the burdens of household chores and care of siblings. A special concern is how to enable girls to attend secondary school, while access to tertiary education is almost an unrealistic goal for young displaced women. It is also difficult to find female teachers to serve as role models.

One sister from the United States told Menendez that she had been struck by the phrase "building communities in the heart of the world" in her congregation's 1970 chapter documents. She told Menendez she felt "a strong call to leave our institutions of formal education to insert myself in the world." She and some of the sisters went to Florida to work with the migrant farmworkers because "they and the Native American peoples were the most disadvantaged people in the U.S."

In the words of one Spanish Sacred Heart sister who spoke to Menendez, "Immigrants are today's periphery in every sense of the word: an existential and a physical periphery." 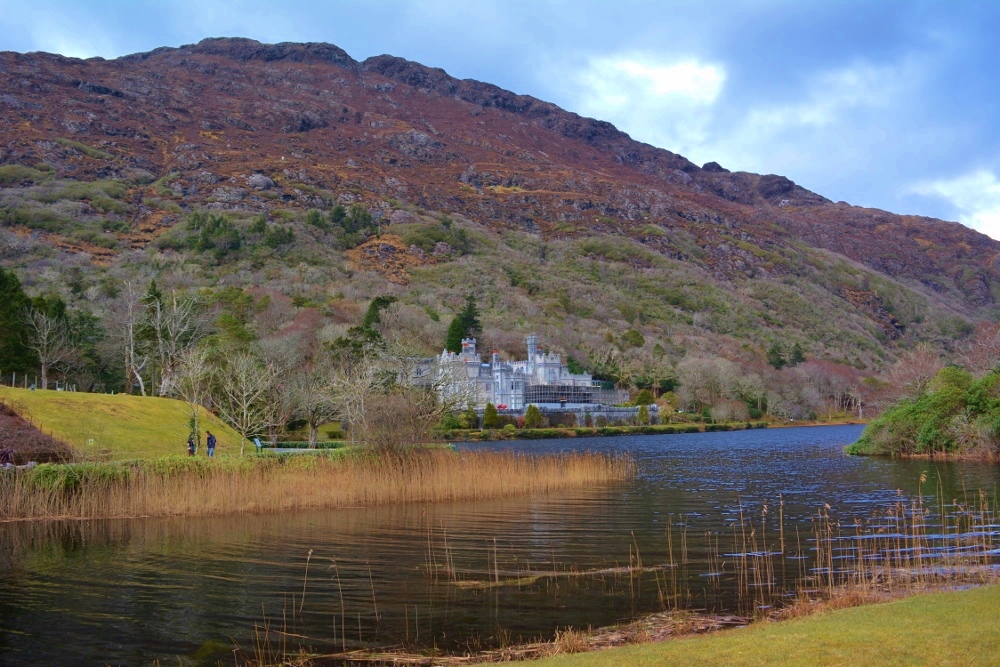 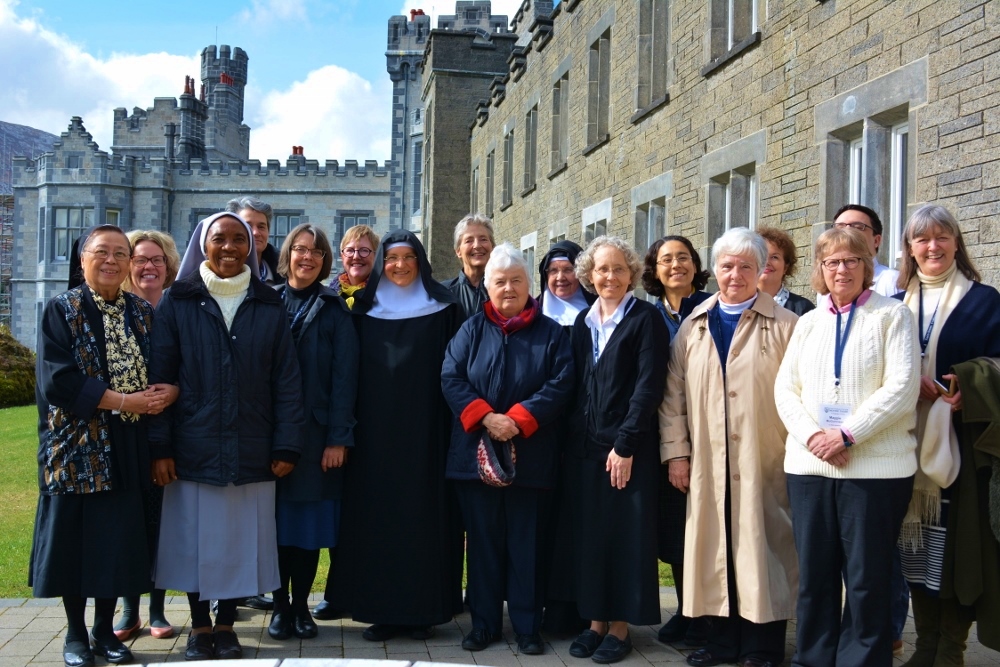 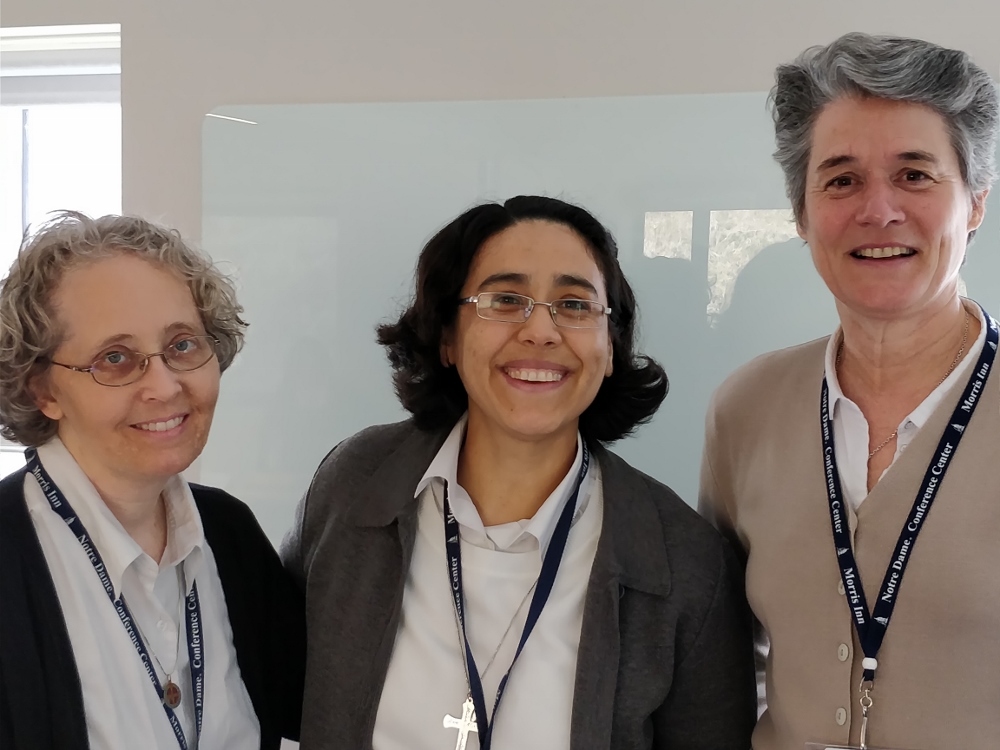 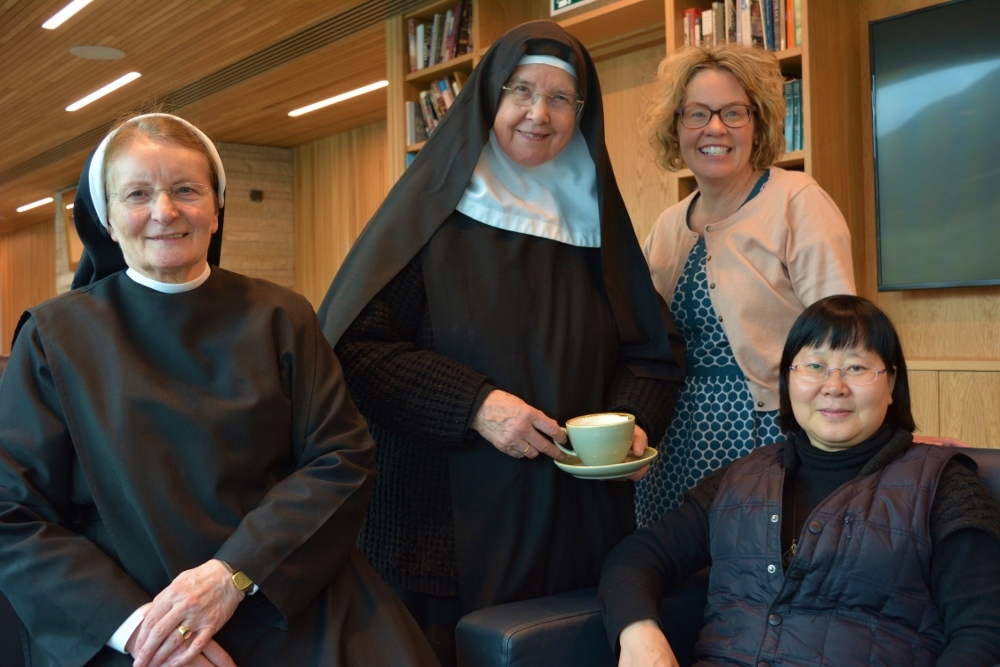