• The hidden world of addiction and recovery among women religious 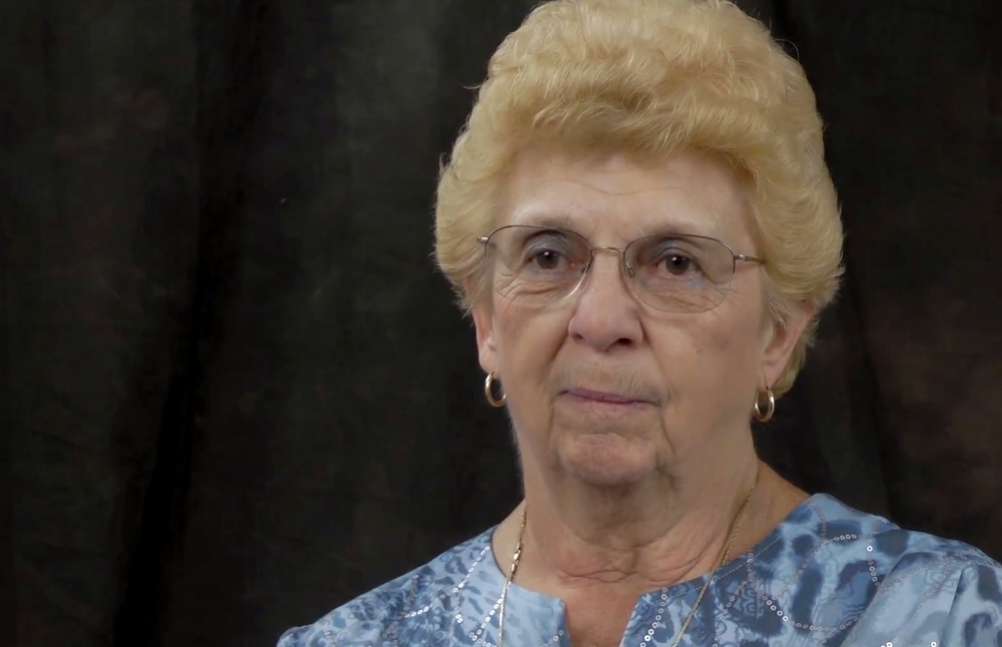 To most of the world, Sr. Rose Celeste O'Connell, an Adrian Dominican and parochial school principal, probably seemed to have it all together. Competent and hard-working, she was in demand, having successfully navigated the accreditation process for a parochial school in Alabama and invited to do the same in Florida.

But she had been largely successful in hiding a secret: O'Connell liked to drink. A lot.

O'Connell has chosen to share her story with GSR readers as she tells it regularly to the women who attend the "Serenity" recovery retreats she now offers at the Weber Retreat and Conference Center on the grounds of the Adrian Dominican Sisters in Adrian, Michigan.

Liquor was commonplace in O'Connell's Irish Catholic and French-Canadian family, where children were frequently given jelly jars of beer to sip at family gatherings. Though her family was close and get-togethers with relatives frequent, a cloud hung over them: the "stormy" moments when her father had too much to drink.

But when she left home to prepare for entrance into the Adrian community after eighth grade in 1953, access to alcohol was much more restricted, available mostly in the convent on holy days and on trips home to see her family.

"The sisters seemed to know I liked it so they would send the extra glasses my way," wrote O'Connell, in notes she uses to address the 12-step-centered retreat audiences.

Then came Vatican II. It's hard to overestimate its impact on women like O'Connell who had experienced the highly regulated convent life of the 1950s. O'Connell's story and undoubtedly many not publically shared offer a window on a period of tumult in the American branch of the Roman Catholic Church, spurred both by the democratizing changes brought about by the Second Vatican Council and the social and sexual turmoil of society in the 1960s and '70s.

"Religious life was changing along with all the rules. We could wear regular clothes and eat in restaurants, which meant having a drink, too. I started drinking more socially, which very soon escalated into alcoholic drinking. I spent a lot of time outside the convent, partying, playing tennis, drinking. I made up stories about where I had been and what I was doing," wrote O'Connell in her retreat notes.

O'Connell taught in a parochial school and often played tennis after hours. As it happened, one of her tennis friends owned a liquor store — and didn't mind supplying her.

"I thought I could control it," she says now. "I thought this was what people do."

The sisters with whom she lived were too polite, she says, to comment on the fact that she would fall asleep in front of the television — and they didn't know about the bottles she kept in her bedroom.

Like many struggling with addiction, O'Connell was slow to admit she had a problem. If she could perform her job successfully, there was no problem, she reasoned.

"What I knew was that, even when I promised not to drink, I could not not drink. And once I had a drink — there was no stopping. No way was I an alcoholic — those were the people on the street. Because I did not hit rock bottom, it took a longer time for me to say, 'Yes, I need help.' I thought treatment would help me learn to drink like normal people," said O'Connell.

Eventually she owned up to one of her superiors, who suggested that she stop drinking. But it wasn't until a friend asked her, "Do you need help?" that she was impelled to seek treatment.

"I had tried to talk to people before, but they didn't want to talk about it," said O'Connell. "We didn't consider alcoholism a disease, and it was difficult to admit that you weren't the perfect religious, that you might have something wrong."

As they came to grips with the problem of alcohol and drug abuse among some of their colleagues in ministry, Adrian provincials decided they had a choice, Dougherty recalled: "Do we want to put it under the rug or do we want to look at it?"

After consulting with each other, they began to study addiction, perform interventions and investigate treatment centers, she said.

On June 7, 1982, O'Connell had her last drink — at the airport on her way to St. Mary's Treatment Center in Minneapolis (a facility no longer in existence). Upon her return to Florida, she joined Alcoholics Anonymous and acquired a sponsor, returning to St. Mary's every six months for a check-in the first few years.

In 1984, O'Connell trained for 18 months at the Hazelden Center in Minnesota, emerging with the qualifications to become a chaplain with a ministry to addicts. Upon her return to Florida, she worked at a West Palm Beach treatment center until she became secretary of her congregation, a position she held for 26 years.

Are women religious who struggle with mental health disorders freer to share their stories than they were 40 years ago? O'Connell isn't so sure. "It just seems to me it's something you don't share with other people, to embrace the fact that addiction is a disease like cancer, that it's not a weakness or a character flaw, not a case of just not doing it. I think we still have a way to go."

"It will be great when the day comes when someone says, 'I'm going into treatment for overeating,' or gambling, or another addiction, and we all pray for each other," O'Connell said.

This past year, O'Connell was diagnosed with metastatic breast cancer. Though the course of the disease is uncertain, she has been helped, she said, by the skills she has learned in 35 years of practicing the 12-step program.

"I know God is with me on this journey, so I have no fear. The blessing of this program is not having to drink to cope with life as life happens."

[Elizabeth Eisenstadt Evans is a religion columnist for Lancaster Newspapers Inc., as well as a freelance writer.]

Ministry | A Dominican sister shares her story of addiction, healing

The sacred tension of solitude