A visitor to Sr. Margaret Donovan's office at the Maryknoll Mission Institute is inevitably drawn to a prominent sign on her desk that reads, "Good vibes only."

"Why waste your energy on negative stuff?" said Donovan, now in her sixth year as the institute's director following 43 years of service as a Maryknoll missionary in Tanzania. "I don't think we get energy from frustration. Our mission is powered by love."

It is also powered by a keen sense of dedication, respect and loyalty by the thousands of missionaries, sisters, brothers, priests, educators and lay church members who, in the last 50 years, have sought continuing education and renewal during the institute's annual programs.

While a three-day 50th anniversary celebration at Maryknoll in Ossining was carved out to mark the institute's landmark jubilee, the normal run of six-day-long courses for 2019 revealed substantial riches, with topics such as the meaning of holiness, the spiritualities of Thomas Merton and Pierre Teilhard de Chardin, missiology in the 21st century, Celtic spirituality, and visual art focused on the "heart of the cosmos" by an oblate of St. Francis de Sales.

The planned topics for 2020 include "Women at the Well: Agents of Change, Shapers of the World"; "Loving Water Across Religions"; and a commemoration of the 40th anniversary of the martyrdom of four American churchwomen in El Salvador.

In an interview with Global Sisters Report following the June 7-9 jubilee celebrations, Donovan said the institute's broad, diverse and sometimes unconventional programs are all of a piece.

"We focus on the fact that the Spirit is alive and well and that we are alive and well to the world," she said. "It's like a little university here."

That means being open to innovations in mission work and intellectual and theological trends as well as to innovative thinkers "who are able to pull things together. We're a 'testing-out' place."

In doing that, the institute also taps into a deep tradition: The Maryknoll Sisters were founded in 1912 as the first American congregation dedicated to mission work outside the United States, and congregational founder Mother Mary Joseph Rogers was "well aware that becoming a missioner is a lifetime process," writes Maryknoll Sr. Claudette LaVerdiere in her 2012 biography of Rogers, On the Threshold of the Future: The Life and Spirituality of Mother Mary Joseph Rogers, Founder of the Maryknoll Sisters. Today, there are about 400 Maryknoll sisters working in 24 countries.

While inevitably, institute programs touch on political and social concerns, they seek to highlight engagement with the Holy Spirit that brings renewal, refreshment and a sense of hope to its participants.

About a third of those who attend are Maryknoll sisters, priests, brothers or lay missionaries. Others are educators, religious from other congregations, lay Maryknoll supporters and affiliates, or those curious about trends in mission work or theology.

"You can't focus just on the frustrations of the world today," Donovan said, citing Pope Francis' Evangelii Gaudium as an inspiration. "You have to believe that the Spirit is alive in you and the group you're with."

The Spirit seemed very much present among the dozens of participants at the jubilee event.

In welcoming participants, Donovan noted the roots of the institute, praising the congregation's leadership 50 years ago who "saw the wisdom of establishing such an initiative."

Mother Mary Coleman, who was mother general at the time, gave the institute "her full support from the beginning," Donovan said. At a congregational assembly in 1968, Srs. Cathleen O'Neill and Alice Haller presented a proposal for the institute's founding, she added.

"We believe that through these efforts, the lives of countless individuals and groups have been touched and changed. In some way, God's love is being made visible," Donovan said, adding that from the institute's peaceful, bucolic setting not far from the Hudson River, "lightning rods of energy, dedication and love spread across our wounded world, touching people in need."

A growing "cosmic awareness" and respect for all of creation were themes repeated throughout the weekend.

"Cosmic consciousness affects who we are, how we live, everything we do. The ground has shifted; the context for every dimension of life is different," said Marie Dennis, former Pax Christi International co-president, in a June 7 keynote address.

Dennis praised the Maryknoll Sisters' mission-based theology and way of life that "speak to this moment on the complex journey of life — to the intersections of human suffering and irrevocable damage to Earth; of incredibly beautiful diversity and constant evolution; of egregious violence and just peace; of the need for creative thinking and prophetic action."

Past and present participants said the institute has provided them with a spiritual home.

Richard Lessard and his wife, Denise, first attended the institute in 2005. Lessard said that initial program helped introduce him to the theology of Teilhard, an introduction that resulted in further reading, participation in theology conferences and a deepening of his faith.

"This stuff was really whetting our appetite and opening up a different worldview for us," said Lessard, who now heads the Maryknoll lay affiliates program.

Mary Hunt, the co-founder and co-director of the Women's Alliance for Theology, Ethics and Ritual, attended the Mission Institute in 1980 and in 1982. That participation bookended two key experiences: receiving her doctorate in theology at the Graduate Theological Union in 1980, then working in 1980-81 as a missionary and teaching at the ecumenical seminary ISEDET — Instituto Superior Evangélico de Estudios Teológicos, or Higher Evangelical Institute of Theological Studies — in Buenos Aires, Argentina.

"The Maryknoll sisters were stunning," Hunt said, noting the congregation was still mourning the 1980 deaths of the four American churchwomen, including Maryknoll Srs. Maura Clarke and Ita Ford. That was a poignant moment to "reflect and have that kind of geopolitical analysis."

Mary Ann Muller, an adjunct professor of theology at St. John's University in New York, has attended the institute 11 times since 2009 and planned to attend again this summer. She said she finds attending the institute helpful in "keeping up with the field." She credits the "Maryknoll spirit" with being adventurous, questioning and giving voice to Catholic women.

Muller said she finds the time at the institute inspirational and renewing, in contrast to what she calls the current "intellectual stagnation of the church."

"It keeps you sane. It makes you feel that there are people who agree with you," she said in an interview.

Fr. Diarmuid O'Murchu of the Sacred Heart Missionary Congregation has been a workshop leader at the institute since 1994. While the profile of the participants has aged, he said, "I have encountered an unwavering zeal and an unrelenting sense of hope."

"From within the church and at times far beyond it," O'Murchu, an author and Irish priest, told GSR in an email, "in dialogue with many cultures and all the major religions, it has been hugely rewarding for me to be part of an unfolding missionary horizon, no longer merely that of 'Missio ad Gentes' — mission to the nations — but increasingly that of Missio inter Gentes — mission among and along with the peoples. My hope and prayer is that the Spirit will continue to guide this empowering enterprise."

For the moment, the numbers look encouraging. Donovan told GSR that the number of participants for 2019 will likely exceed 400. In her five years as director, the institute has attracted more than 2,000 participants in all.

"They come from all over," Donovan said. This year, participants traveled from West Africa, as well as Australia, Ireland, New Zealand, Panama, Japan, Canada and Kenya.

Donovan, who has been a Maryknoll sister for 63 years, describes "mission" as "a total way of life." She acknowledges that the institute has to reach out to a wider audience through advertising, being more conscious of online programming and expanding weekend programs so more people can participate.

"We are open to new ways and ideas," she said. "For example, another idea might be to take the institute's work into local parishes."

"Tapping into the energy of both younger and older participants — we've got to brainstorm that," she added. Donovan said the institute is also trying to do more to promote formal interreligious dialogue. "We have to understand each other. God is God is God. If we can't come together, how can we have one Earth community?"

Networking these days, Donovan added, "is the key to continuation of any program. It is our hope to involve other like-minded groups so these programs can continue into the future."

In the end, Donovan said she believes the institute has the capacity to change and adapt, and its work, which she calls "one of the key educational components of the Maryknoll Sisters," will continue for another 50 years. 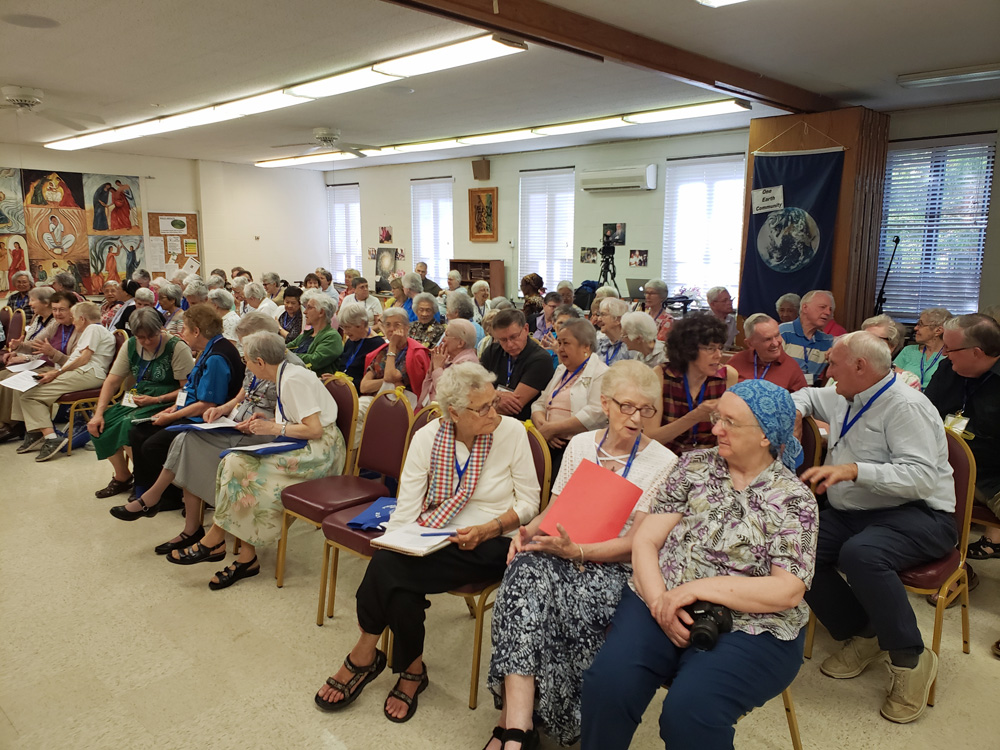 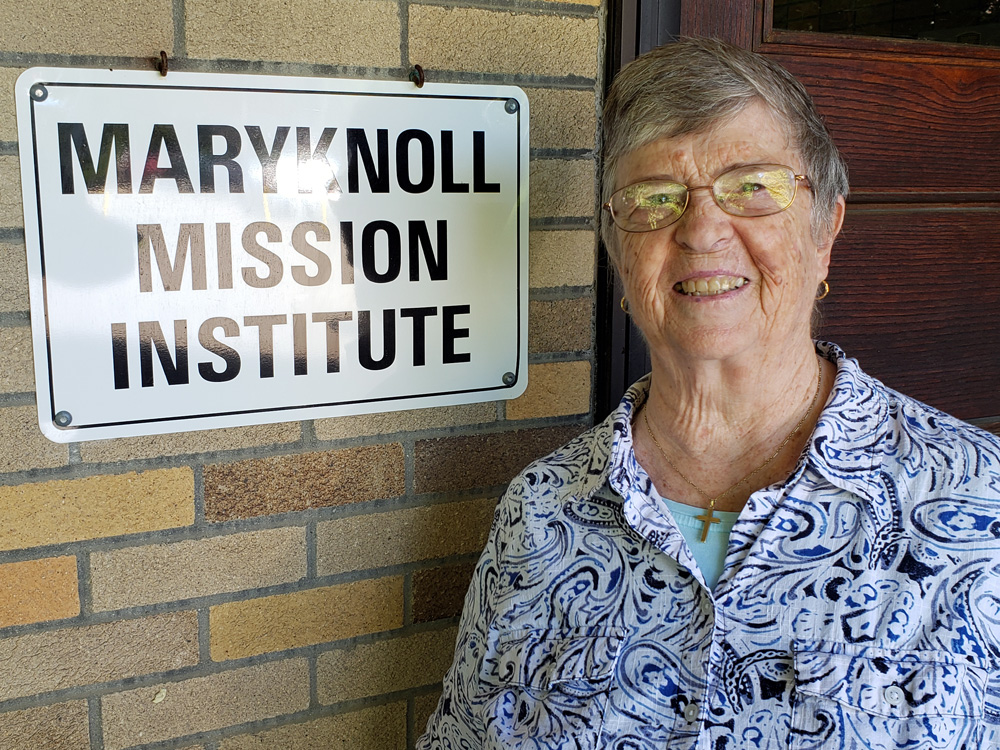 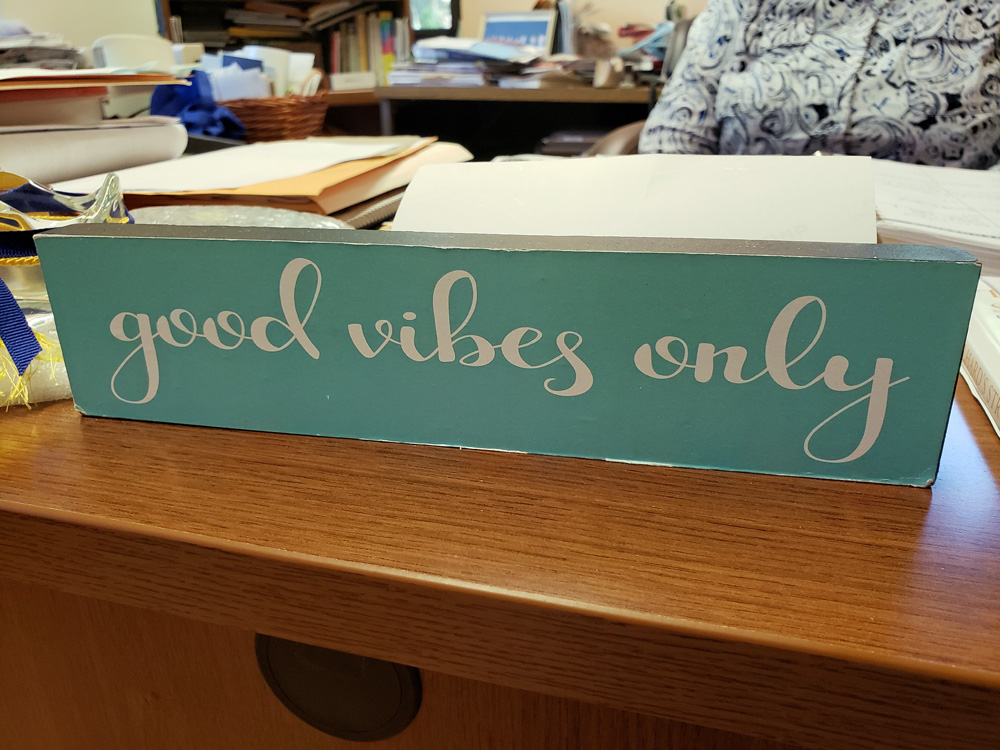 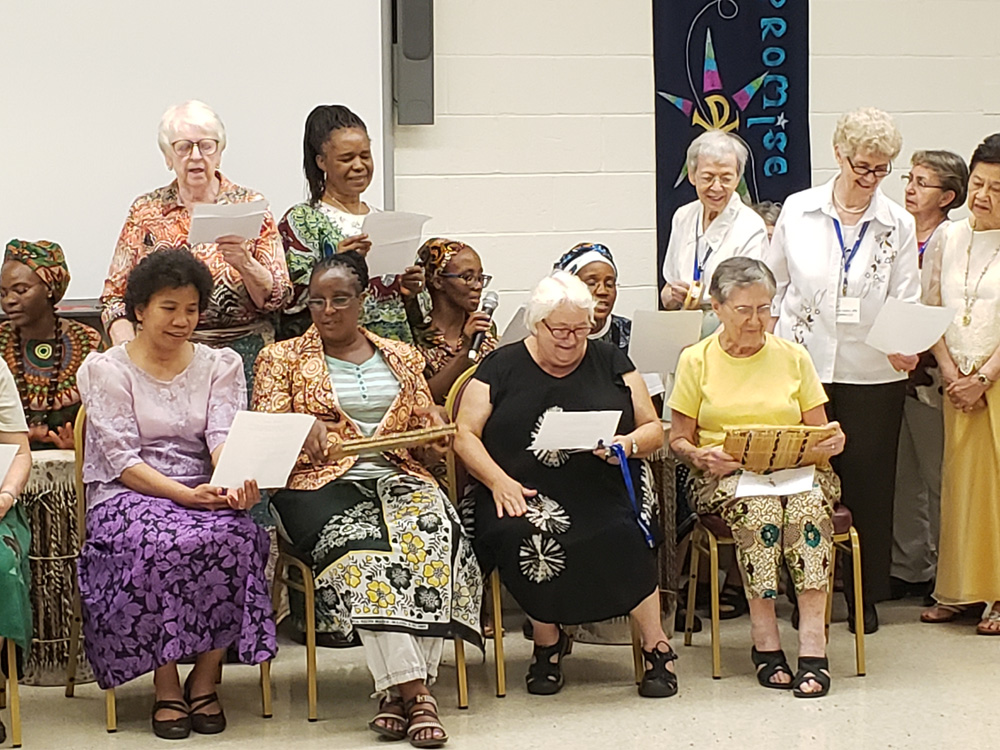 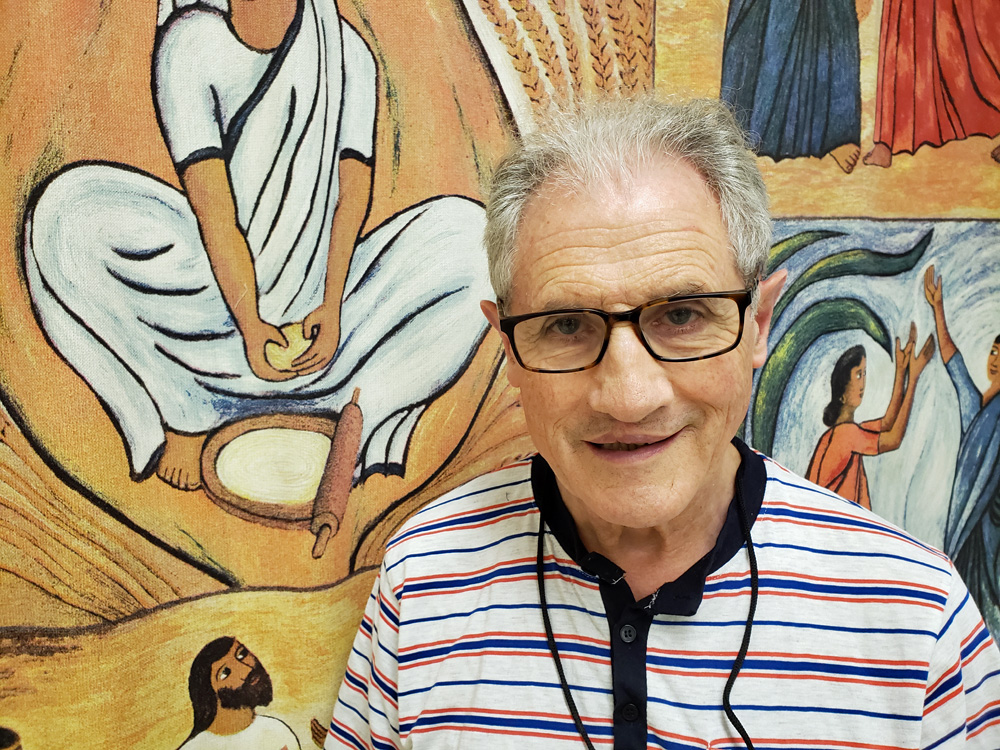