Mother Alphonse Marie was born Sept. 9, 1814, in the Alsatian village of Niederbronn-les-Bains. More than 200 years later to the day, she was beatified in a ceremony in the cathedral of Strasbourg, France, not far from her hometown.

About 2,000 nuns, priests and friends of the sisters' families gathered to attend a Mass Sept. 9 that included the beatification ceremony of Mother Alphonse Marie, who has now become Blessed Alphonse Marie Eppinger.

While Cardinal Angelo Becciu, prefect of the Congregation for the Causes of Saints at the Vatican, celebrated the Sept. 9 Mass in Latin with Archbishop Luc Ravel of Strasbourg at his side, the beatification ceremony was conducted in French. Readings were in French, German and English; an African song introduced the Liturgy of the Word; and Indian sisters danced when presenting the offerings. There were also songs in Slovak, Portuguese and Spanish, reflecting the sisters' presence all over the world.

"This is a recognition of the life and work of our founder," said Sr. Nicole Dupont of the Sisters of the Divine Savior. "She led a life of simplicity and went to the peripheries. She was the first one to dare to send sisters to people's homes, not only to care for them and heal the sick, but to teach them basic hygiene so they would not be sick again."

Women religious from local communities, even those not founded by Mother Alphonse Marie, said they were also happy to join in the historic celebration.

"We particularly enjoyed taking part in an event that means a lot for our diocese, where Mother Alphonse Marie Eppinger was from. It is a local celebration of someone we've known here. We were happy to gather for her beatification," said Sr. Marie-Hélène Halligon from the Congregation of Our Lady of Charity of the Good Shepherd, based in Strasbourg. "The only regret we have is that the cathedral is too small. We had to stay outside, where we could follow the ceremony on a huge screen. A priest came to give us all Communion."

At the end of the ceremony, relics from Mother Alphonse Marie — pieces of bone from her foot — were brought to a chapel in the cathedral where the faithful will be able to come and pray.

Dupont said the heads of all the congregations that consider Mother Alphonse Marie their founder were given relics to bring back to their countries.

Very early, she helped her parents with the work in the fields. She was a pious child. According to her spiritual adviser and first biographer, Fr. Jean-David Reichard, who later helped her found her own congregation, she became sick when she was 6 and prayed, "O Jesus, I want to become a saint, will you help me?"

When she was 16, she became sick again and spent a lot of time praying, deciding then to serve God in a religious order. At 20, fully recovered, she joined the order of St. Francis of Assisi, visiting old and sick people.

"Young Elisabeth's heart was moved with compassion by her personal experience of such conditions and their effect on human lives. She readily identified the suffering of people with the suffering of Jesus," the Sisters of the Redeemer's biography of Mother Alphonse Marie states. "Her one desire was to relieve the worries which overwhelm people during times of poverty and illness, by providing the means for health and wellness. This enabled them to experience God's redeeming love."

In 1845, Eppinger contracted a high fever that brought about visions. She made predictions that turned out to be accurate, like the civil unrest in France in 1848 that led to the fall of King Louis-Philippe, the last French monarch. She also told Reichard that she had conversations with Jesus.

Her predictions made her famous, and people came from afar to see her and visit Niederbronn-les-Bains, a spa town where a lot of people came for healing, traveling there not only from Alsace, but from other parts of France and from Germany.

Her predictions caught the attention of Bishop Andreas Raess of Strasbourg, who went to Niederbronn-les-Bains to spend three days with her in July 1848. Eppinger told him God asked her to found a new community.

On Aug. 28, 1849, with the support of Reichard and the full agreement of Raess, Eppinger founded her own congregation, the Sisters of the Divine Savior, and named it after Jesus Christ the Redeemer.

Eppinger and nine other young women settled in a house in Niederbronn-les-Bains. On Sept. 10, 1849, she received the habit and officially took the name Mother Alphonse Marie. Raess appointed her mother superior of the congregation, which at first was called the Daughters of the Divine Redeemer. Later, the French branch took the name Soeurs du Très Saint Sauveur, referred to in English as Sisters of the Divine Savior.

The congregation's constitution says the sisters' aim is "to be an instrument of God's mercy through simple gestures which relieve and comfort the body while they bring peace to the soul."

Mother Alphonse Marie initiated a new kind of health care by going out to meet people, especially children, living on the streets, and taking care of them. Until then, most women religious did not leave their convents, spending a lot of time in prayer, and attended to people coming to them.

This work was particularly important after flooding from the Rhine damaged Strasbourg in 1853 and during a cholera epidemic the following year.

Mother Alphonse Marie died July 31, 1867, at the age of 52. In the years that followed, the sisters went on to serve throughout Eastern Europe. Today, they continue to provide health care and social services animated by faith and prayer.

On Jan. 26, 2018, Pope Francis attributed a miracle that took place on May 29, 1955, to her intercession and approved her beatification. Her feast day will be celebrated every year on Sept. 9. 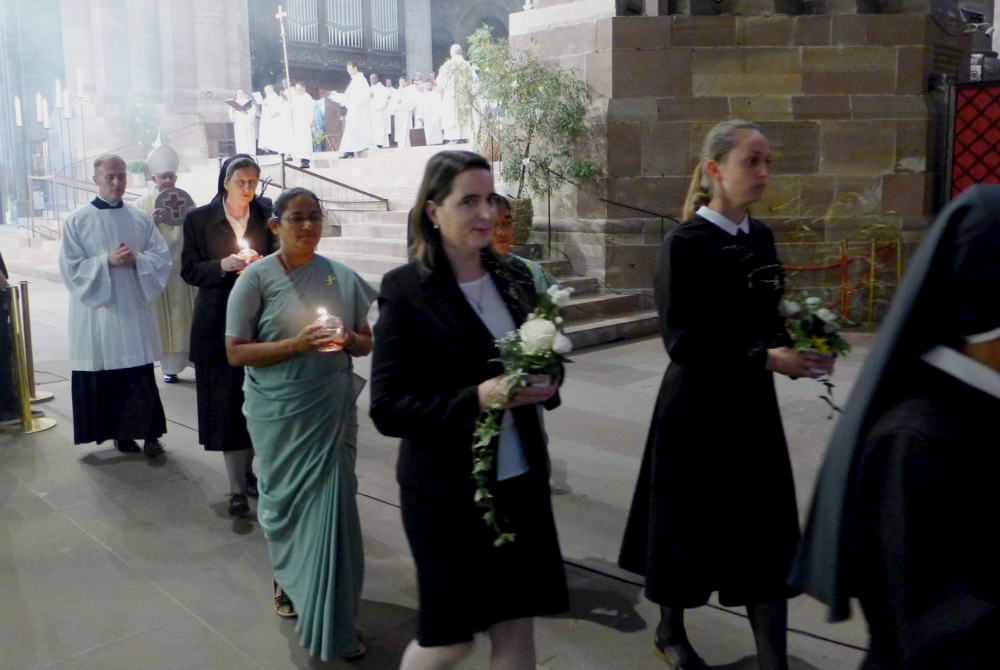 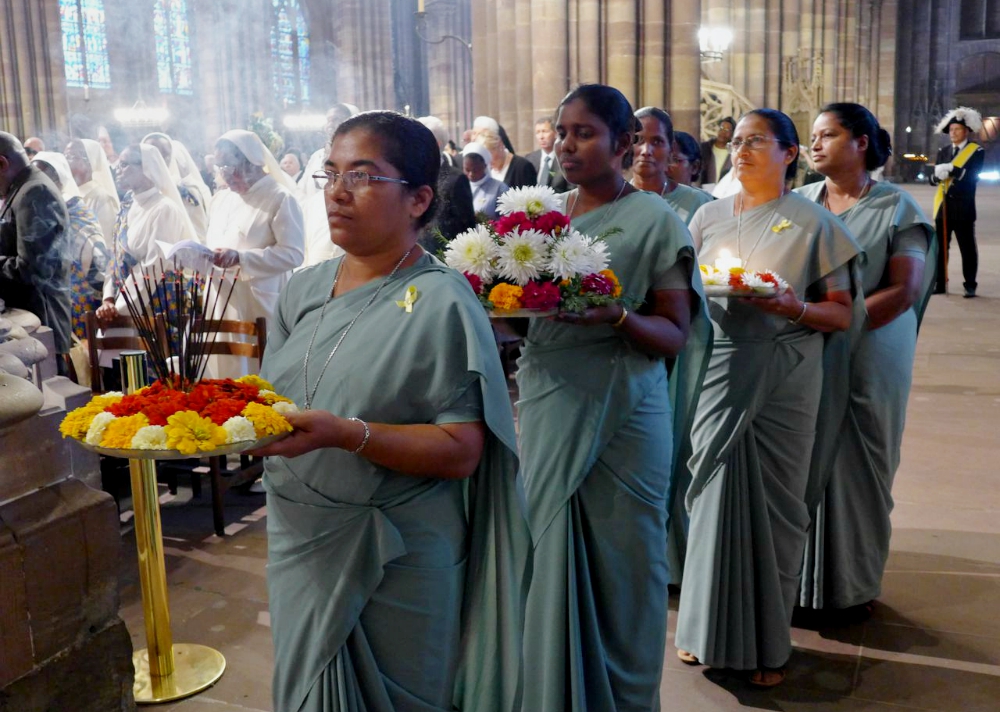 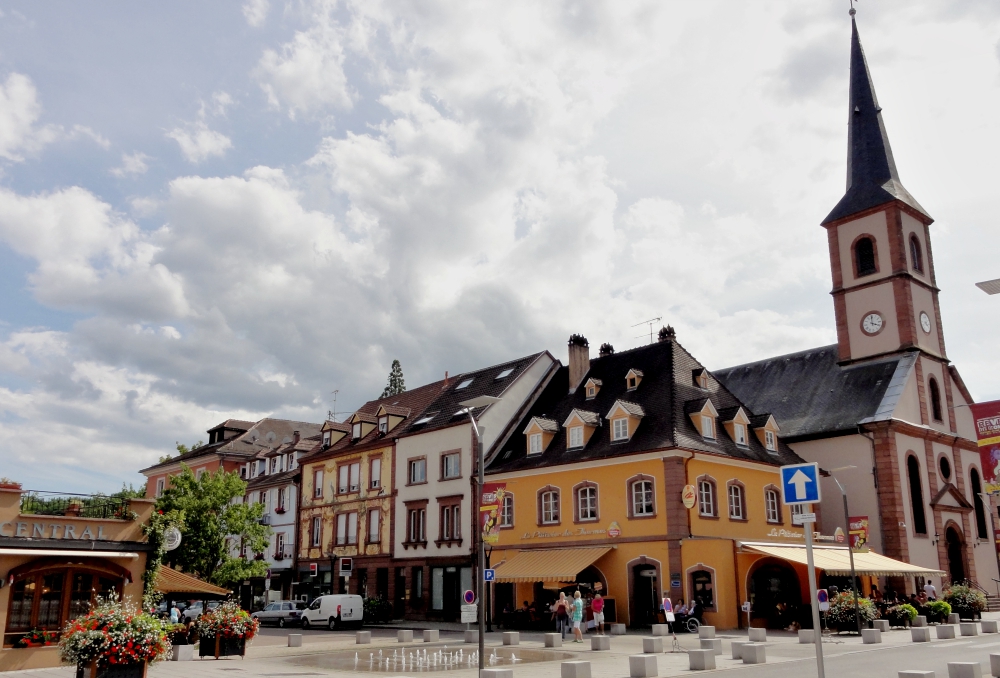 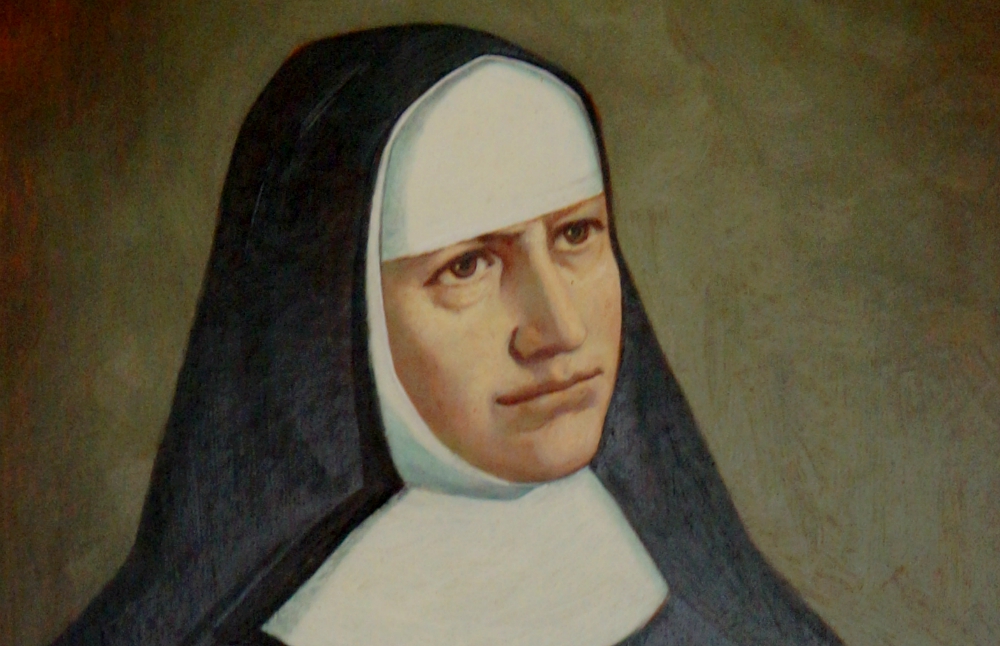