An international gathering of missionary congregations met Feb. 8-9 in Ireland to discuss the future of mission and the areas where missionaries can continue to make a difference in the church and wider society in the 21st century.

Organized by the Missionary Society of St. Columban as part of its centenary celebrations (1918-2018), the colloquium brought together leaders and practitioners of mission from Europe, Asia, the Americas and Africa, including seven superiors general and two vicar generals from nine international missionary societies.

Other themes explored included mutual evangelization, the situation of women in the church and society, empowerment of the laity, and bringing about a culture of sharing between congregations.

Fr. Kevin O'Neill, superior general of the Missionary Society of St. Columban, said many missionaries undergo an experience of conversion in their encounter with different cultures and faiths. He suggested this could be summed up by the motto of St. Columban: "A life unlike your own can be your teacher."

Both Sr. Nonie Gutzler, president of the Maryknoll Sisters, and Sr. Mary T. Barron, vicar general of the Missionary Sisters of Our Lady of Apostles, told GSR that interculturalism is something their sisters are grappling with at the moment.

Gutzler said she wanted to bring back to her sisters the colloquium's observation that the influence of the Western church must diminish as the voices of other cultures are brought in.

"Even in our prayer and our expressions, we are trying to become less and less Western," she said.

Gutzler said this shift in understanding is happening at a "very challenging" time for the Maryknoll Sisters, whose overall membership is at 393, a substantial number of whom are over 80 years of age. A recent Maryknoll meeting about formation had thrown up the question of how one holds on to one's own cultural identity and at the same time become part of an intercultural community.

Later this year, Gutzler said the Maryknoll sisters begin a new initiative that will see their novice from Brazzaville, Republic of Congo, join a collaborative Dominican novitiate in St. Louis, where she will be one of seven novices belonging to a number of different communities, mostly Dominican, all of whom are excited about religious life and are living an intercultural experience in the novitiate.

New-York born Gutzler, who spent most of her missionary life in Taiwan, said while the United States is a multicultural society, this is not interculturality, which is about allowing oneself to be changed by other cultures.

"Right now, in the States, there is the fear of the other, and that is a big challenge," she said. "The move to interculturality will help people meet on a deeper level. On a basic human level, we all want love and peace and harmony with our neighbors."

O'Neill, 55, who served in Taiwan and China before being elected superior general, said he believes celebrating diversity among the different cultures within congregations and the different cultures in the societies where missionaries live and work is countercultural. The Australian told delegates at the Dalgan colloquium that interculturality is about "unity in diversity, not unity in uniformity."

Barron, from County Donegal in Ireland, said she was struck by the similarity of issues coming up for every religious congregation. The 49-year-old said interculturality was something the Missionary Sisters of Our Lady of Apostles wanted "to do better," as it is "a great witness in today's world."

"That ability to live together at an authentic level, meeting each other and trying to forge something different, with no dominant culture dictating everything," is a great witness in today's world, she said.

Another issue that struck her was the challenge for all of empowering women in the church and society. Noting that the colloquium took place in the week that Ireland and Great Britain marked the centenary of granting the vote to women, she told GSR: "You would see the oppression of women in many of the countries we are working in, but we are often quite blind to it. We work for the empowerment of women through education. In Ghana, we have the only all-female training college in the country. It is about giving women dignity and a voice."

Recalling her time in Tanzania, Barron said her parish had 35 out stations, Mass centers for rural parishes covering vast geographical distances, and many women had been trained as catechists to look after the service on Sunday when no priest was available.

"The parish council was made up of men and women, and women had a voice because they participated more in church," Barron said.

In this respect, she agreed with another contributor to the colloquium, Sr. Célestine Lambo Kembele from Kinshasa, Congo, a member of the general council of the Franciscan Missionaries of Mary, who underlined that women are involved in a lot of decision-making at the local level in the church, and this is not always recognized.

For Archbishop Kieran O'Reilly of the Cashel and Emly Archdiocese, a former congregational leader of the Society of African Missions and currently the chairperson of the Irish bishops' National Mission Council, missionaries today still have a role in "encouraging and working with the younger members of our institutes to deepen their understanding of what mission is and what they can contribute as missionaries. I think our role has to involve laying the ground for the new evangelization and putting into practice 'Laudato Si' ' and what is in 'The Joy of the Gospel' and 'The Joy of Love.' "

Fr. Stanley Lubungo, superior general of Missionaries of Africa, which has over 1,300 members from at least 35 different nationalities, said he was struck to learn of other missionary congregations' experiences in integrating laypeople in their mission.

"We have a number of friends who have been fascinated by our way of life, but we haven't yet really thought of how they can participate with us in the mission," Lubungo, 49, told GSR. "I have seen what the Columbans and the Pallottines are doing, and this is something that our congregation can really look toward. It is a way of allowing others share our charism and keep our charism alive."

Collaborating with the laity has had a huge impact on the Missions Etrangères de Paris (MEP), said Fr. Michel Roncin, who serves on its general council. The 72-year-old was ordained in 1973 and served for 40 years in South Korea before he was appointed international chaplain of the Christian Workers movement. In 2001, he returned to Korea and stayed there until 2013, when he was recalled to Paris, first as a superior and later, in 2016, as a member of the general council.

He related how the order, which now has 185 members, was thinking of closing shop. Then it started to invite young lay men to have missionary experience through its mission projects in Asia. In 2003, it set up an MEP program to facilitate this lay mission involvement.

"This year, we celebrate the 15th anniversary of the creation of this organization, and we have sent more than 2,000 people since 2003," Roncin said. "We organize a formation session for those taking part, and every year now, we send around 150 young people."

Missions Etrangères de Paris has reaped the benefit on the vocations front from this program.

"More than half of those who have joined us recently have gone through this program," Roncin said. "For them, it really has been a wonderful experience, and two years ago, we had three new priests. Last year, we had five new priests, and this year, we expect three new priests."

The sharing of such uplifting stories between the congregations and the exchange of ideas at gatherings such as these is important, O'Neill said, but it needs to go further than that.

"It is a time for us to do things together and not to do things alone. I think that is where the movement is," he said.

"There is so much against life, against hope, and there is a lot of fear in the world. We need to come together to be able to provide hope and courage, peace and justice, to build communities of love around the world. This is an energizing time and a time to know that God's mission is here for us to participate in. It's God's mission; it will always be here, and we need to share in that together." 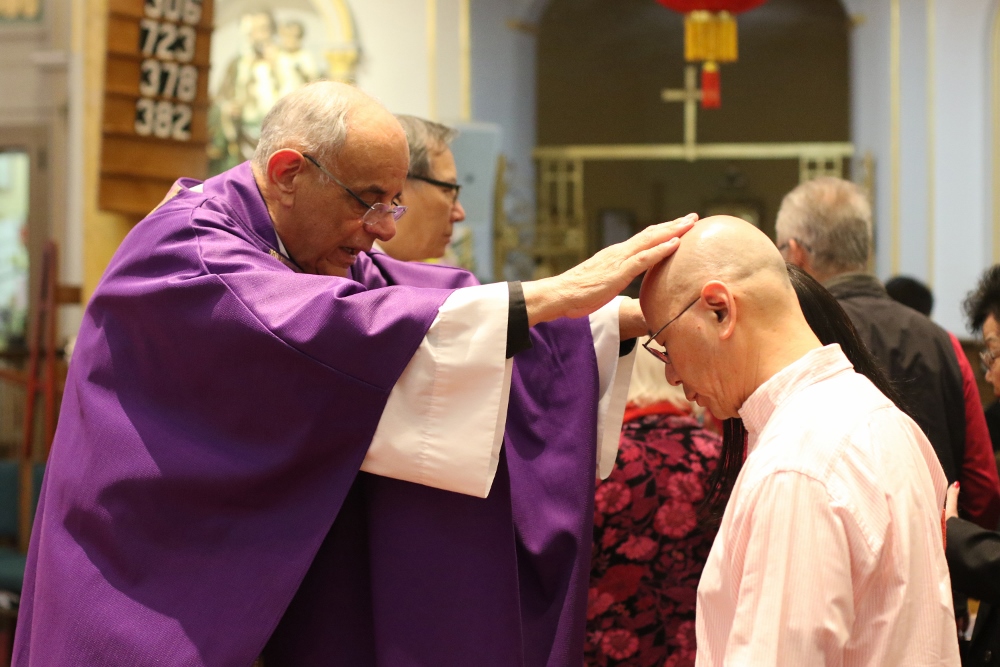 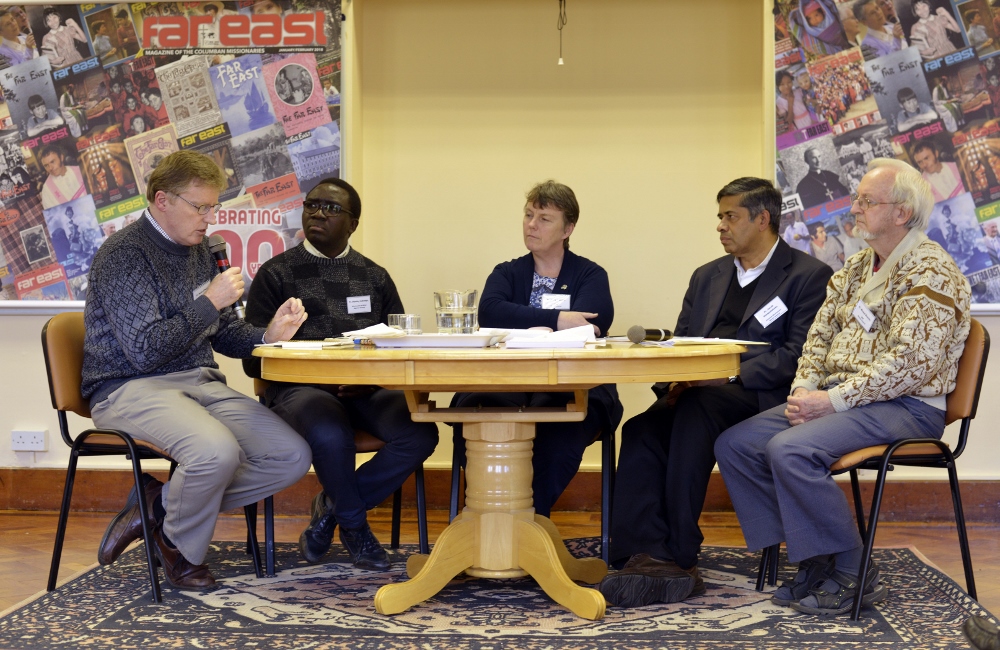 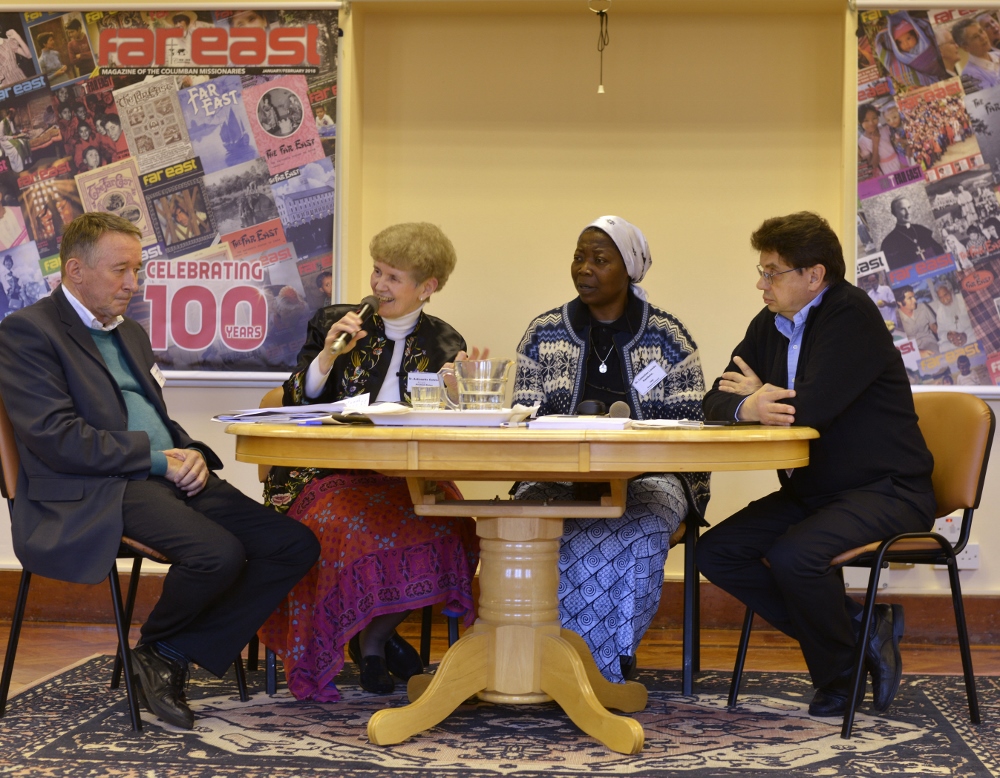