The Naromoru Disabled Children’s Home has many resources on their pristine campus in the highlands of central Kenya: beds for 90 children, physical therapy rooms filled with state-of-the-art rehabilitation equipment, an on-site workshop for building prosthetics, a highly trained staff of 32 people. But there’s one thing they don’t have: a school.

The 90 children who live at the center before and after their surgery to fix issues like congenital birth defects attend the local school in the community. And that is exactly the point.

“From the beginning our goal was that as soon as the child can go out, they should go out,” explained Sr. Silvia Melato, an Elizabethan sister originally from Italy who has been in Naro Moru for six years and is one of the directors of the children’s home.

“Other institutions have a school on the grounds, but one of our goals was not to have a school because if they are always staying here, it’s like being in a prison. When they go out, other children also learn how to deal with disabilities, which is very important. They learn that it’s part of our human life and it’s not a big deal.”

There are specially built sidewalks leading from the children’s home to the local school so that children who use crutches or wheelchairs can arrive when the rainy season turns the dirt roads to mud.

Over the years, the home has become a steadfast part of the community, and local students have embraced the patients. In some cases, the locals take turns carrying their new friends on their shoulders, if the children from the home are having trouble with mobility due to surgery or disability.

Back in 1972, when the Elizabethan sisters arrived at the new parish of Naro Moru, they went with priests on the rounds of local homes to introduce themselves. They found dozens of children stricken with polio cooped up in their homes. Their families were embarrassed or ashamed and refused to let their children attend school, even though they longed to get an education.

“Sometimes, these kids were not considered part of the family,” explained Melato. “Everywhere in the world, disabilities are considered taboo. Sometimes this is because people are afraid of disabilities.” In Kenya, Melato said, this fear sometimes translated into some people ignoring or hiding these children, rather than treating them like regular kids.

“We used to go to homes and have to physically take the children outside,” remembered Sr. Antonia Nichele, the superior of the congregation that also runs the home.

Ignorance about what causes disabilities like birth defects or polio forced many people to grasp for their own reasons, explained Irene Kaburu, a nurse from the interior of the country. “They look for an excuse, they say, ‘it’s because your parents did this or that,’” she said.

Disabilities were considered a curse, possibly the result of angering ancestors. Often times, to keep the “curse” from spreading, the community isolated a family with a disabled child. This compounds the feelings of anger, helplessness and loneliness, which can be directed against the child.

By 1979, the Elizabethan Sisters of Naro Moru had decided to build a home for disabled children, to help get medical services for simple defects that can be corrected through surgery. They opened the home in January 1982 with 16 children. In the beginning, they struggled to find patients. Even though the services were heavily subsidized or free, parents declined to send their children.

In 1984, the sisters solidified their cooperation with Genova Orthopedics for Africa (Genova Ortopedia per L’Africa), an Italian organization started by the late Dr. Silvano Mastragostino.

Now, between five and seven Italian orthopedic surgeons volunteer their time to come twice a year, in February and October. In February they complete approximately 100 operations at a Catholic hospital in Nyeri, about an hour away.

The children have problems like cerebral palsy, club feet, valgus knees (where the joint is twisted in the wrong direction), spina bifida, malformations requiring amputation, or osteomyelitis (an infection of the bone).

In October, the doctors return for follow-up appointments and to determine the next 100 patients for the following year’s surgeries. Depending on the type of condition they have, the children stay at the home for a month to five months for rehabilitation.

Two physical therapists and one occupational therapist meet with all of the children every single day for group therapy. There is the physical therapy – exercise bikes, cognitive exercises for hand mobility, specially built frames to strengthen core muscles for children who haven’t been able to hold themselves upright.

There is also emotional therapy, especially for the teenage patients.

“[Older kids] tend to see themselves as less a part of society,” said Mary Nduku Mukunuu, the occupational therapist. “They see more of their disability than their ability. So we have to show them that they have special abilities, that they have the potential and they should explore that potential.”

On a recent January day just a week before the surgeries began, two boys kicked a soccer ball back and forth, using their crutches to launch themselves upwards at precisely the right moment so their foot connected with the ball mid-air, smashing it back to the other side of the field. Another group of teenagers played volleyball, some leaning on homemade crutches.

Sara Mangu, 16, sat on the sidelines, because, prior to her latest surgery to correct flat feet, it still hurt to walk. “When I came here last time, I couldn’t walk at all, I was walking on my knees,” she said. “I came here for the first time when I was 3 years old, and now I am able to walk.”

The children aren’t the only ones who are changing. The community surrounding the children’s home has united in support of the sisters’ work. Local families donate foodstuffs like maize, beans and potatoes, and the Catholic Women’s Association holds holiday celebrations and brings small gifts for the children.

“In 30 years, things have really changed,” said Nichele. “Little by little, parents are more educated. Now the media is talking about it, so the [parents] are responding in ways not controlled by fear. We still sometimes have cases where they stick behind a grandfather who doesn’t want an operation, even if the mother is open to it.

“They’re beginning to look for help, but they are still very much attached to their traditions,” she said. “There’s still a stigma. But before, they were in hiding and they weren’t getting an education. Now, they don’t hide anymore.”

“Today, everyone is speaking about disabilities the way they are speaking about HIV/AIDS,” said Kaburu, the nurse. HIV used to be a taboo subject, until gradually the public realized that the best way to combat it is to attack the ignorance and fear.

In this area, the center’s presence is also part of the catalyst that changed perceptions of disabilities.

Watching children who were treated at the center succeed has been the best proof that disabilities are not the result of witchcraft or a curse. One of the children treated over the course of many years at the center went on to get a master’s degree in Belgium and now holds a job in a government communications department. She also hosts a show on television about disabilities.

There are still challenges, like when poverty forces a family to stop treatment midcourse, or finding enough funds to keep the center running. Treatment for each child costs at least  $1,500 per year, and the sisters ask families to contribute what they can, which ends up being less than $500. They also desperately need an ambulance to transport the children to the hospital. But despite the challenges, watching a child walk out the door on her own two feet is the biggest reward, the sisters and employees said.

“The children change their lives,” said Melato. “Treatment is painful. Despite the screaming we hear, and we hear a lot of screaming because physical therapy can be very painful, we see results and it’s very rewarding. We can touch the results and the improvements for the children.”

Editor's note: This story was changed to clarify a quote from Sr. Silvia Melato regarding how the community treats children with disabilities. 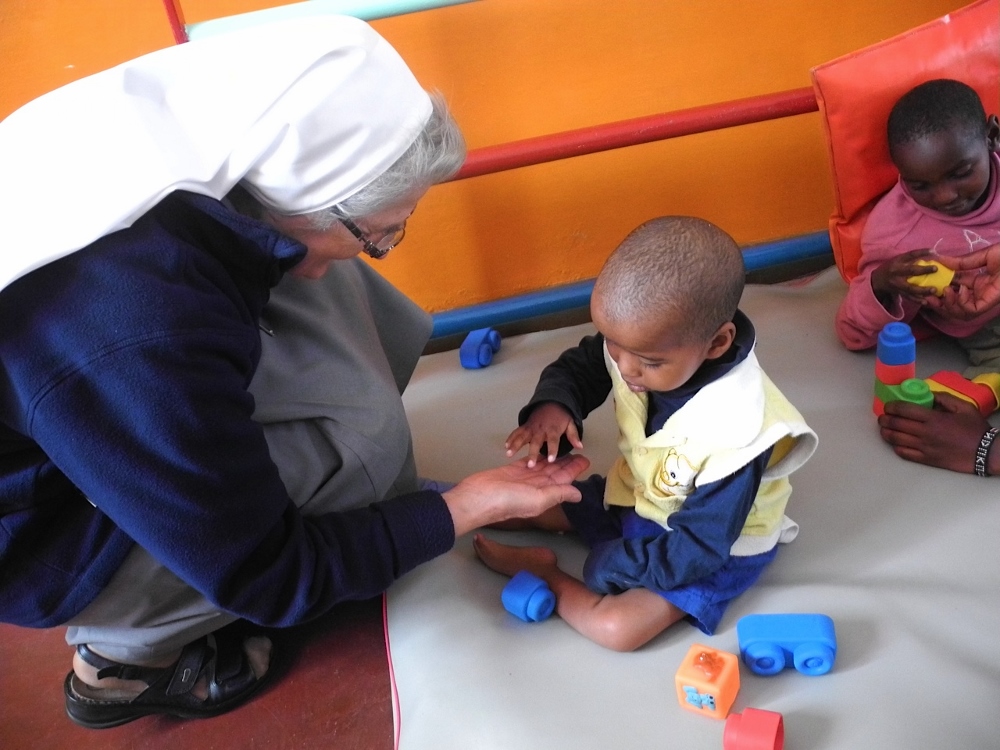 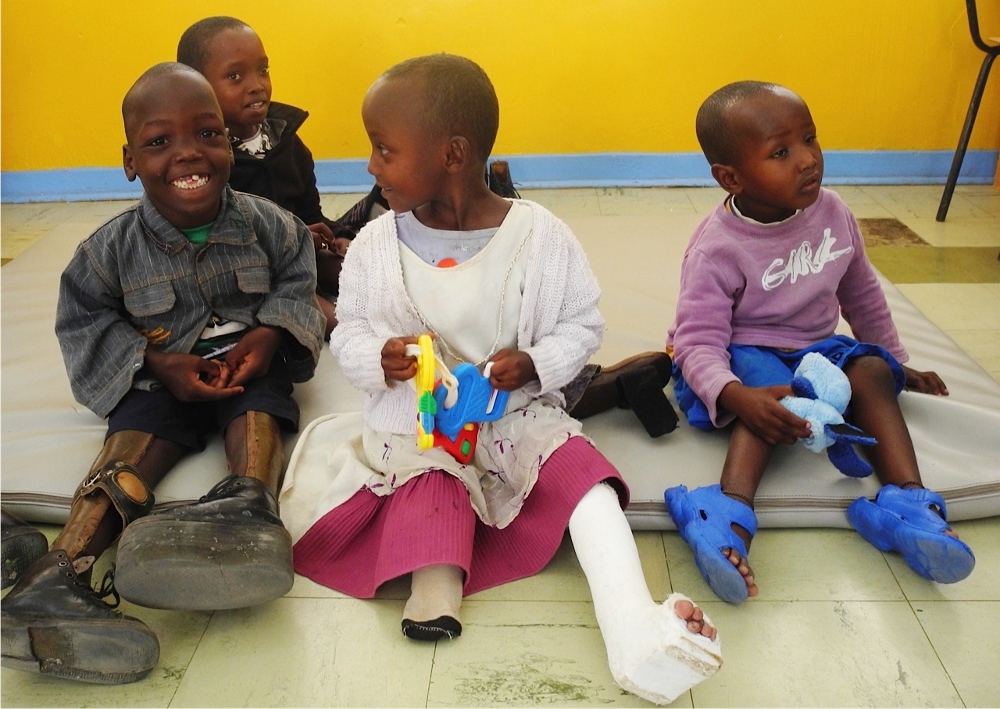 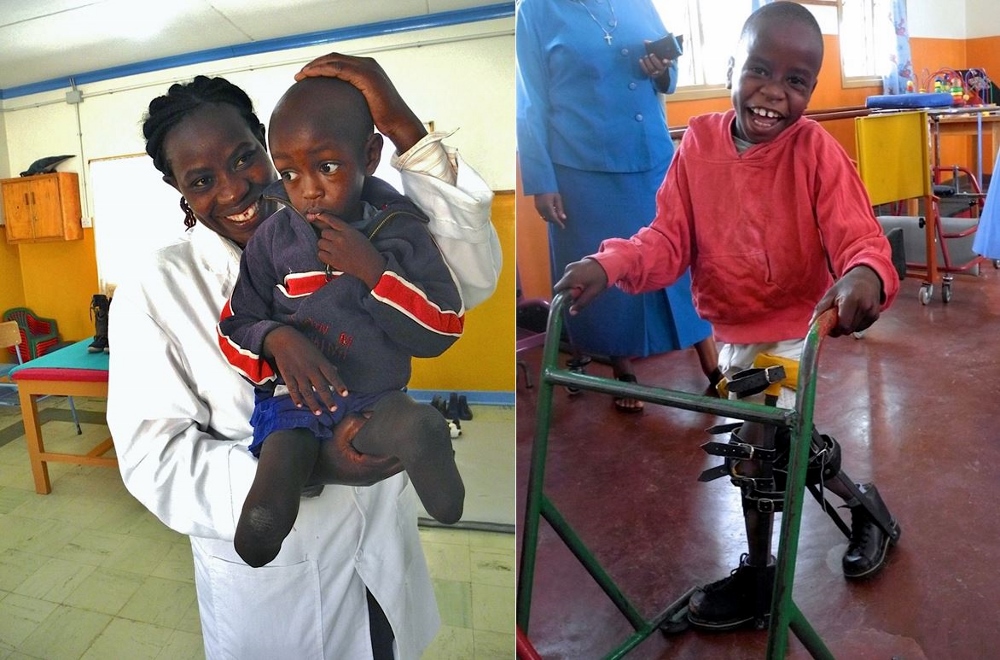