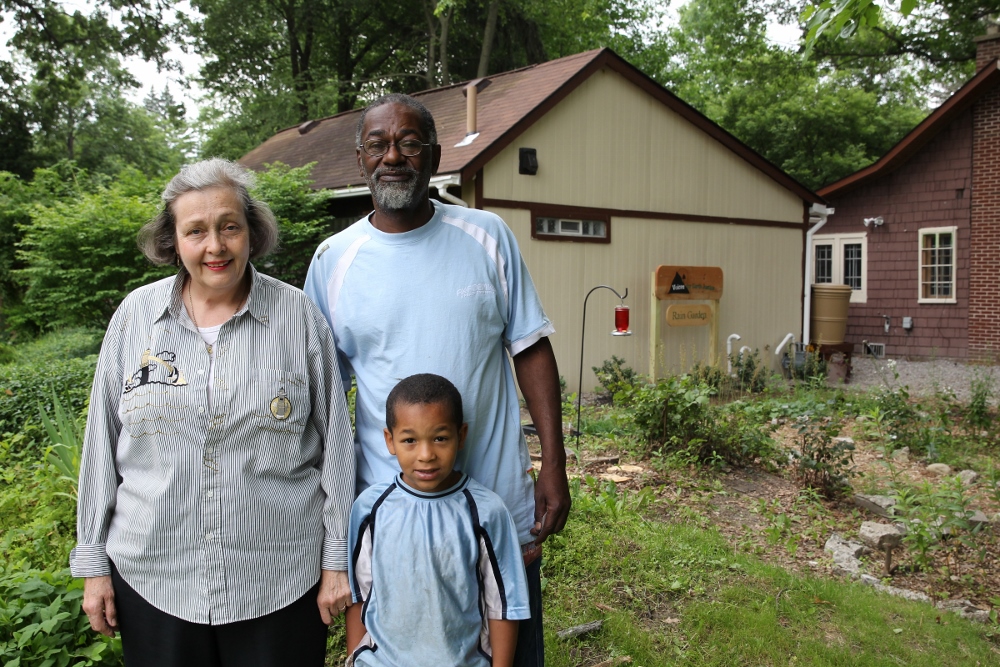 Patty Gillis, executive director of Voices for Earth Justice, poses for a photo with volunteers Abdul Malone and his son Ahmad, outside of Hope House in Detroit's Brightmoor neighborhood June 30. The interfaith program connects residents with nature, in a partnership with the Dominican sisters of Adrian, Michigan. (CNS photo / Dennis Sadowski)

Detroit, Michigan — The sunflowers, while not blooming yet, tower over 6-year-old Ahmad Malone as he and his father, Abdul, walk through the small but lush garden outside Hope House. It won't be long before huge bright yellow flower heads greet the sun every morning and attract bees looking for sweet nectar to take back to their hives.

Across a narrow path are a couple of rows of corn. It's only the end of June and the stalks are more than three feet tall, nearly as high as Ahmad is tall.

Malone finds such green space in the Brightmoor neighborhood a blessing.

"It was sort of like going down," Malone said of the neighborhood when he moved there from Maryland in 2008. "People's houses was raggedy. Then they started fixing up."

For that, Malone gives plenty of credit to Hope House and its parent program, Voices for Earth Justice, an interfaith ministry with strong Catholic roots supported by the Dominican sisters of Adrian, 70 miles southwest of the city.

Around the neighborhood in northwest Detroit, vegetable and flower gardens are becoming more evident. Malone likes seeing the colorful gardens, luscious greens and vegetables and the growing diversity of animal and insect life that are gradually transforming the working-class neighborhood that once was primarily the home of Ford Motor Co. factory workers into a community that appreciates the beauty of nature.

Walking to his home three doors up Greydale Street from Hope House, Malone points to the other houses on the block and credits his neighbors for making repairs. A few burned-out and abandoned structures remain, but Malone said the community is looking and feeling like a real neighborhood.

"If you got the motivation like Miss Patty and the other sisters and you're willing to step out and be willing to lead and bring a group of people together and give an example of what you want done, you will be surprised how many people will step up and do what you are trying to do," Malone said.

Miss Patty is Patty Gillis, a one-time pastoral associate at a Detroit parish who now is the executive director of Voices for Earth Justice. She and Dominican Sr. Janet Stankowski founded the organization in 2002, focusing on environmental education. By 2011 the organization evolved enough to consider purchasing property in Brightmoor to help connect people with the environment.

That property turned into Hope House. 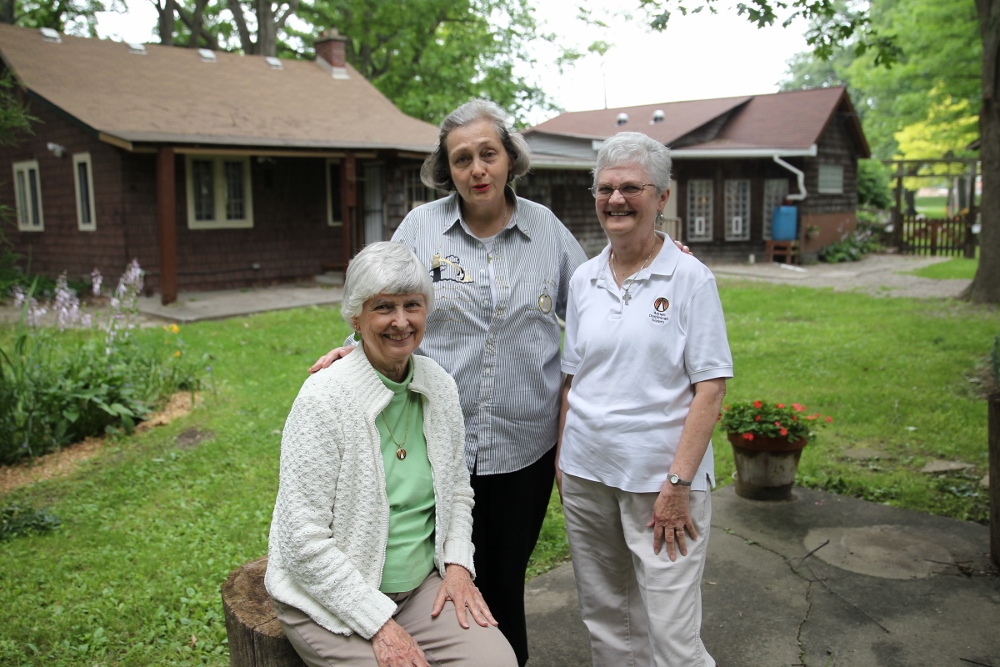 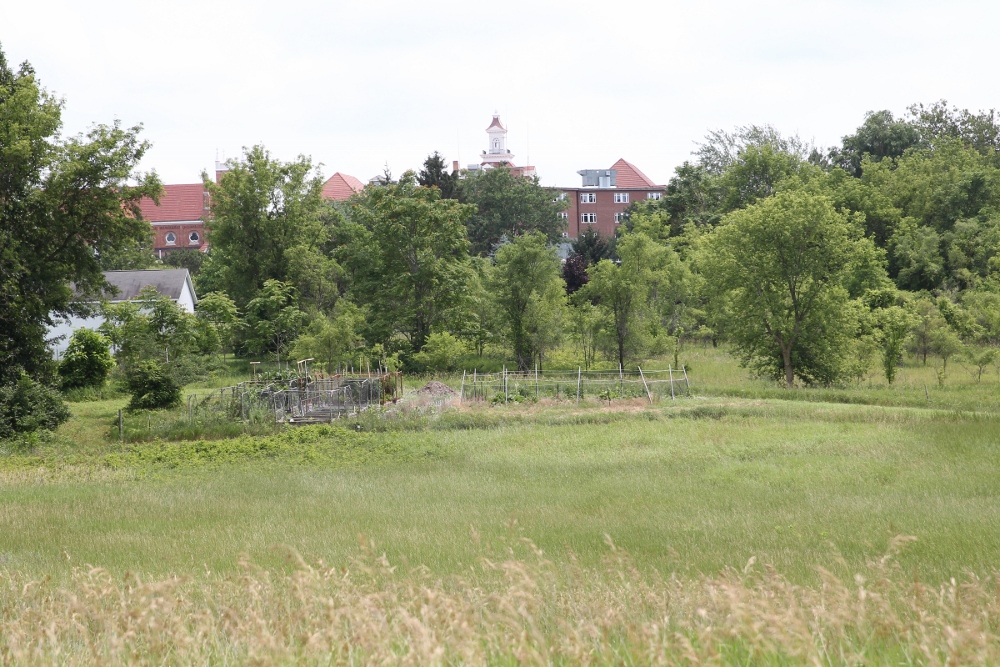 Vegetable gardens are shown on the campus of the Dominican Sisters of Adrian, Michigan. The congregation has devoted part of their land to permaculture, allowing plants, animals and insects to co-exist in a natural ecosystem. (CNS photo / Dennis S adowski)

It took a few years to raise the funds and line up the work to deconstruct the structures, recycle the materials and restore them to usable space. One building already functions as a meeting site and by the end of summer it will house a resident caretaker through the Capuchin Franciscan Volunteer Corps. The other will become an environmental learning center by August, where children and adults can learn about insect life, plants and gardening, environmental sustainability and recycling.

All of the efforts have a faith component.

Stankowski told Catholic News Service she and Gillis realized that a faith connection was necessary so that participants would have a deeper understanding of their place in God's creation. That connection stems from the decades-long commitment of the Adrian Dominicans to environmental responsibility and a better understanding the role of humanity in the natural world.

The Dominican presence at Hope House is strong. Sisters serve on the board of directors and volunteer at the garden, teach children and lift the spirits of the neighbors.

"We're not just about gardens," said Dominican Sr. Patricia Benson, a former theology professor at Ecumenical Theological Seminary in Detroit, who now speaks about the organization to area churches and community groups. "We're about the bigger vision for Earth and justice."

Gillis said the organization sees itself as "leaven" to help raise awareness of the need for sustainability so people act in the best interest of the environment.

Meanwhile, environmental concerns have been a priority since the 1970s at the Dominican motherhouse campus in Adrian. Over the years, the order has implemented a slew of environmentally sustainable practices, including replacing traditional light bulbs with low-energy-usage LED bulbs, using organic fertilizers and weed killers, composting, comprehensive recycling, growing organic food and, for those so inclined, simple living practices. 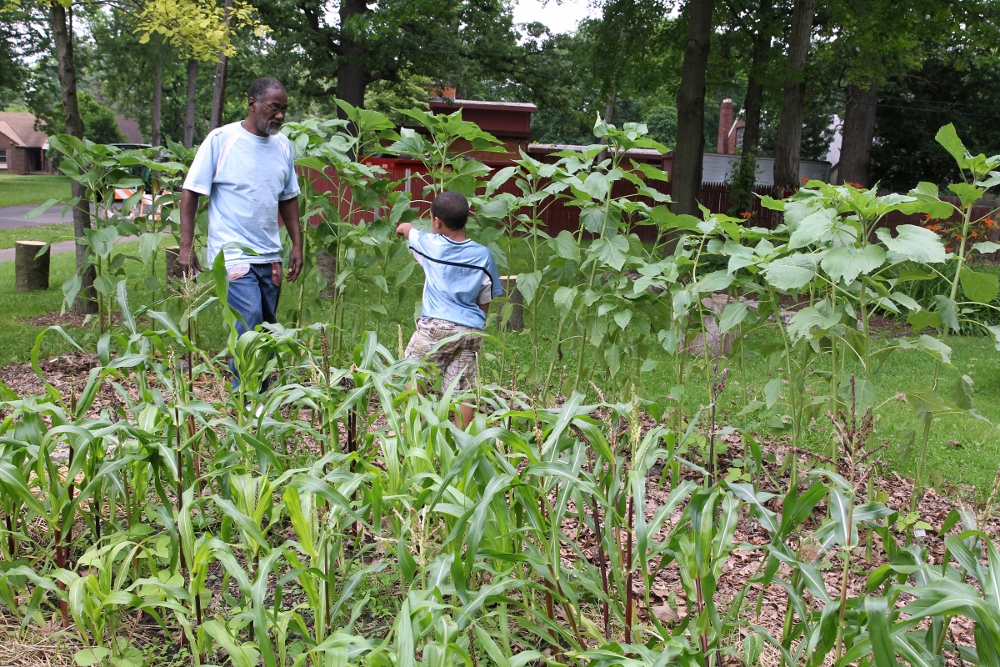 In recent years, the order also adopted permaculture methods that encompass about 9.5 acres of the 106-acre property. Much of the land has been allowed to return to its natural state, where fruit trees, grasses, wildflowers and wildlife flourish. Smaller water gardens, vegetable gardens, flower gardens and berry patches are spread throughout the property, looking as if they have been there for years. Milkweed now sprouts in many areas, providing a ready source of food for the declining North American population of Monarch butterfly caterpillars.

Dominican Sr. Carol Coston, who directs the permaculture effort, explained that the land use approach emphasizes sustainability, biodiversity and human cooperation with natural systems, as opposed to domination of them.

"It is a witness that we don't need manicured lawns. Those go back to the aristocracy in England. We're not trying to ape that. We're trying to show how you live in concert with nature," Coston said.

The effort also provides a real-life example of the kinds of practices cited in Pope Francis' encyclical, "Laudato Si', on Care for Our Common Home," she said.

Dominican Sister Corinne Sanders, general councilor for the order, said the motivation for the program stemmed from massive rainwater runoff from buildings and parking lots. It funneled into a culvert that functioned as a high-pressure hose and washed away valuable topsoil. Congregational leadership wanted to stop that.

Coston's interest in farming and biodiversity emerged in the 1970s when she worked as the founding executive director of Network, the Catholic social justice lobby in Washington, and began small-scale vegetable gardening. After working in alternative investing, she co-founded Santuario Sisterfarm in the Texas Hill Country, where she honed her skills in permaculture practices. Congregational leaders asked her to return to Adrian to lead a responsible land use effort. That led to a permaculture plan that she has directed for four years.

Coston told CNS that congregations of women are increasingly becoming aware of the need to incorporate environmentally sustainable practices into daily life and the need to continue them into the future.

"The examples of congregations who've gone ahead and set up these places is very much an enrichment for all us wherever we are in the continuum of how we live the legacy of our land and our building when we are no longer around." 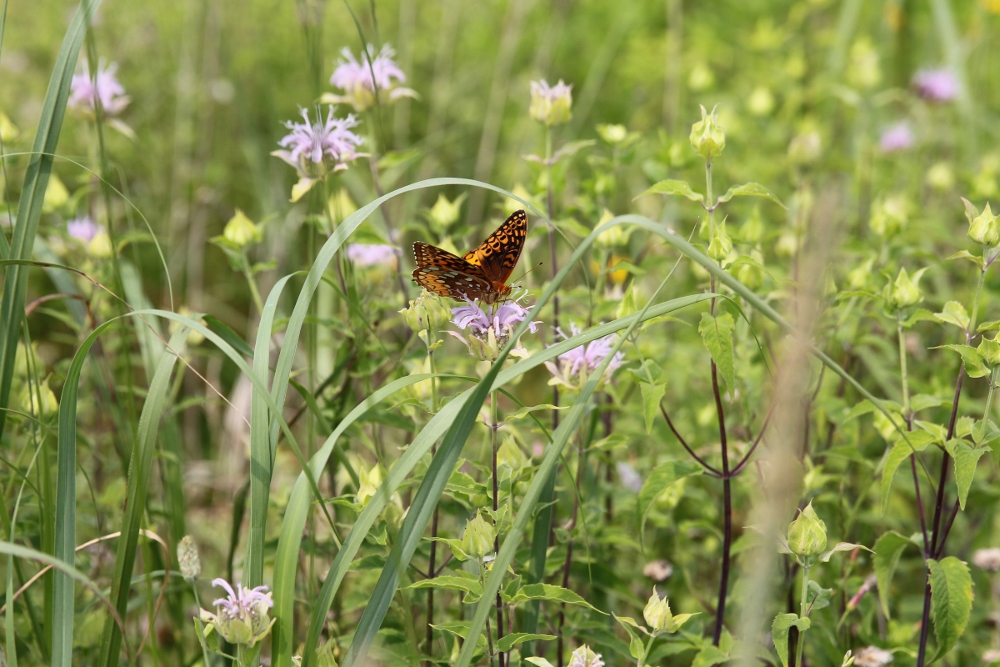 A butterfly gathers nectar on bee balm on a natural area of the property of the Dominican sisters of Adrian, Michigan. (CNS photo / Dennis Sadowski)
Thanks!
2472

A ministry at the top of the world