Sr. Irudayam Augusta watches closely as some 40 women move their hands to create exquisite embroidery on clothes in a historic 1774 building.

Augusta, a member of the Sisters of St. Joseph of Cluny, and two of her sister colleagues manage the Cluny Embroidery Centre (or Atelier Broderie, as it is known in French), which has become a tourist attraction in Puducherry, a federally ruled territory that was a French colony in southern India until 1954.

The embroidery, all done by women, is in high demand from Indians and overseas visitors, Augusta told GSR.

Since 1875, the center has catered to single mothers, divorcees, widows and victims of domestic abuse between the ages of 25 and 58.

"We set up the embroidery center to help poor and destitute women earn a living to support their families," said Augusta, 65. Most of the women have no other marketable skills other than hand embroidery, she added.

Augusta took over the center 10 years ago from French Cluny Sr. Theresa Bouchez, who managed it for some 50 years before her death in Puducherry a few years ago. She had trained hundreds of disadvantaged women in Puducherry and neighboring places the art of hand embroidery.

A French woman gifted the historic building to the Cluny sisters in 1845 on the condition that they use it to benefit underprivileged women in and around Puducherry.

The nuns found embroidery was the best craft the women, who are illiterate or uneducated, could pick up fast and earn money.

Augusta estimates that 50 people visit them Monday through Saturday, when the center is open, to watch the women work and buy their products.

"They come to know about our center by word of mouth or from tourist guides," she said.

A large number of foreign tourists also patronize them.

"When they realize that the products are made by poor women, they are happy to buy them," Augusta said.

Matilda D'Mello, a tourist from Mumbai, western India, said the center offered "some of the best embroidery products that one could ever find."

The embroidery patterns include peacocks or flowers in different colors and hues on bedspreads, dinner sets, bath towels, table napkins, pillowcases, bedcovers and other items.

The center gives women "full freedom to use their imagination to design new patterns," Augusta said.

One woman recently stitched the tree of life on a piece of cloth that Kiran Bedi, the lieutenant governor of Puducherry, bought along with a few other pieces on a visit to the center to give to Indian Vice President Venkaiah Naidu in July.

Bedi's visit was "a great morale booster for the women," Augusta said.

Clients can buy already-completed items from the center or order customized items. The prices begin from about $5 and go upward from there: Jesus sitting on a lotus was created for a French customer at around $200.

Some customers make bulk orders as gifts for family members and friends.

"They seem to do so as a mark of respect for the embroidery art and out of concern for the poor women," Augusta said.

The income the center generates is spent on salaries and other remunerations for the women. A part of the amount is also used for maintaining the building, one of the few well-kept historic buildings in Puducherry, Augusta said.

Women who currently work at the center have nothing but praise for the Cluny sisters.

One of them, Amutha, came to the center after her husband left her.

"I had nowhere to go except the embroidery center, where my skill acquired earlier came in handy," the 48-year-old told GSR. "Today, I feed my children and pay their school fees."

Her 36-year-old friend, Muniyamma, who is hearing- and speech-impaired, gestured to explain that she now leads an independent life thanks to the Cluny sisters.

Mallika, a widow, said she feels safe and secure working at the nuns' center.

"At least I won't be exploited here," she said, and other women nodded.

Gomathy has worked at the center for the past 20 years. Since then, "I got married, and my children now attend school. My life has become better."

She said the center helps the women to forget their personal problems. Augusta agreed.

"Each one has her own problems at home," she said. "When they come here, we share them. We are a big family."

The women who work at the center bring lunch from home, and the center provides tea and snacks in the mornings and evenings. They are also given travel fare, as many of them commute by public transit, Augusta said. The center also provides clothes and scholarships for the education of their children.

However, the center now faces some challenges.

"Hand embroidery is facing setbacks, as machine embroidery is catching up," Augusta said. But the nun has not lost hope. "Exquisite beauty in patiently and painstakingly created hand-stitched embroidery" still has a market, she said.

Joslin Aloka, a French citizen of Indian and Vietnamese descent, has visited the Puducherry center twice a year since she was a girl in 1963 to find happiness and peace with the workers.

"Whenever I'm in Puducherry, I spend time at the center from morning till evening as a volunteer. I'm only too happy to help the center," the 63-year-old told GSR.

Aloka also serves as an interpreter to French-speaking tourists and customers who visit the center.

Augusta said every piece of needlework the women make has a story of struggle, pain and suffering.

"We want the women to be victorious after they go through the challenges of life," she said. 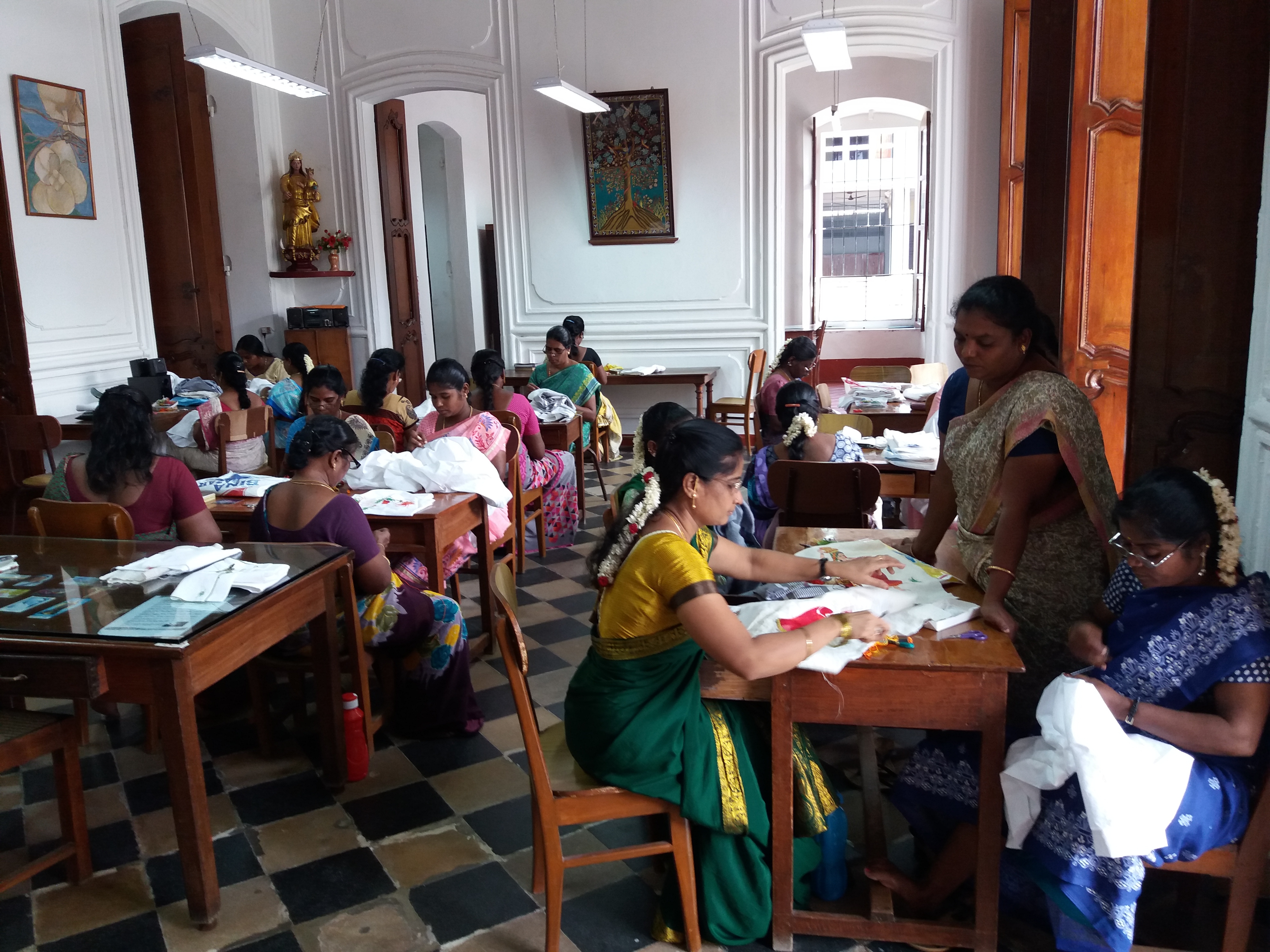 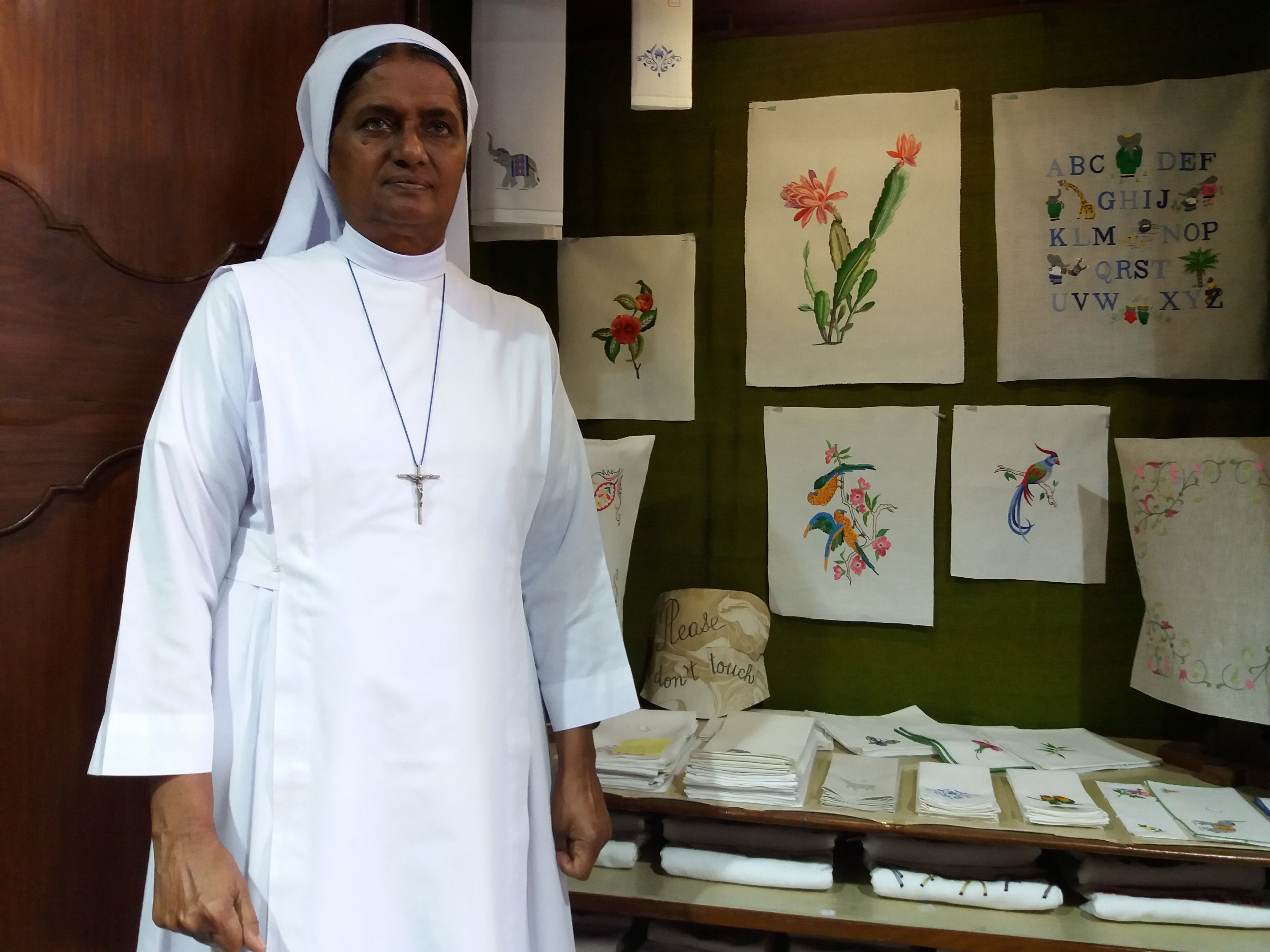 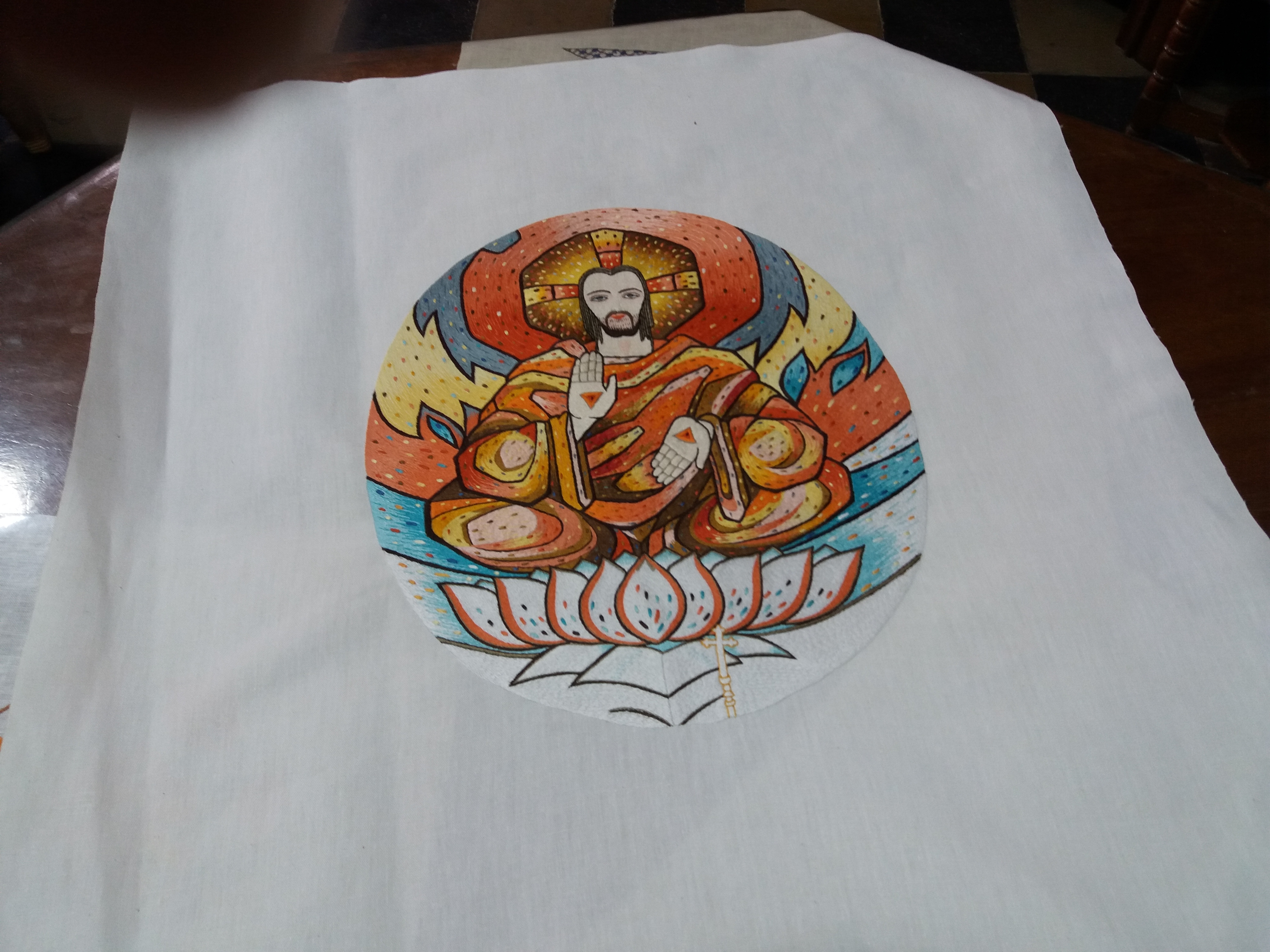 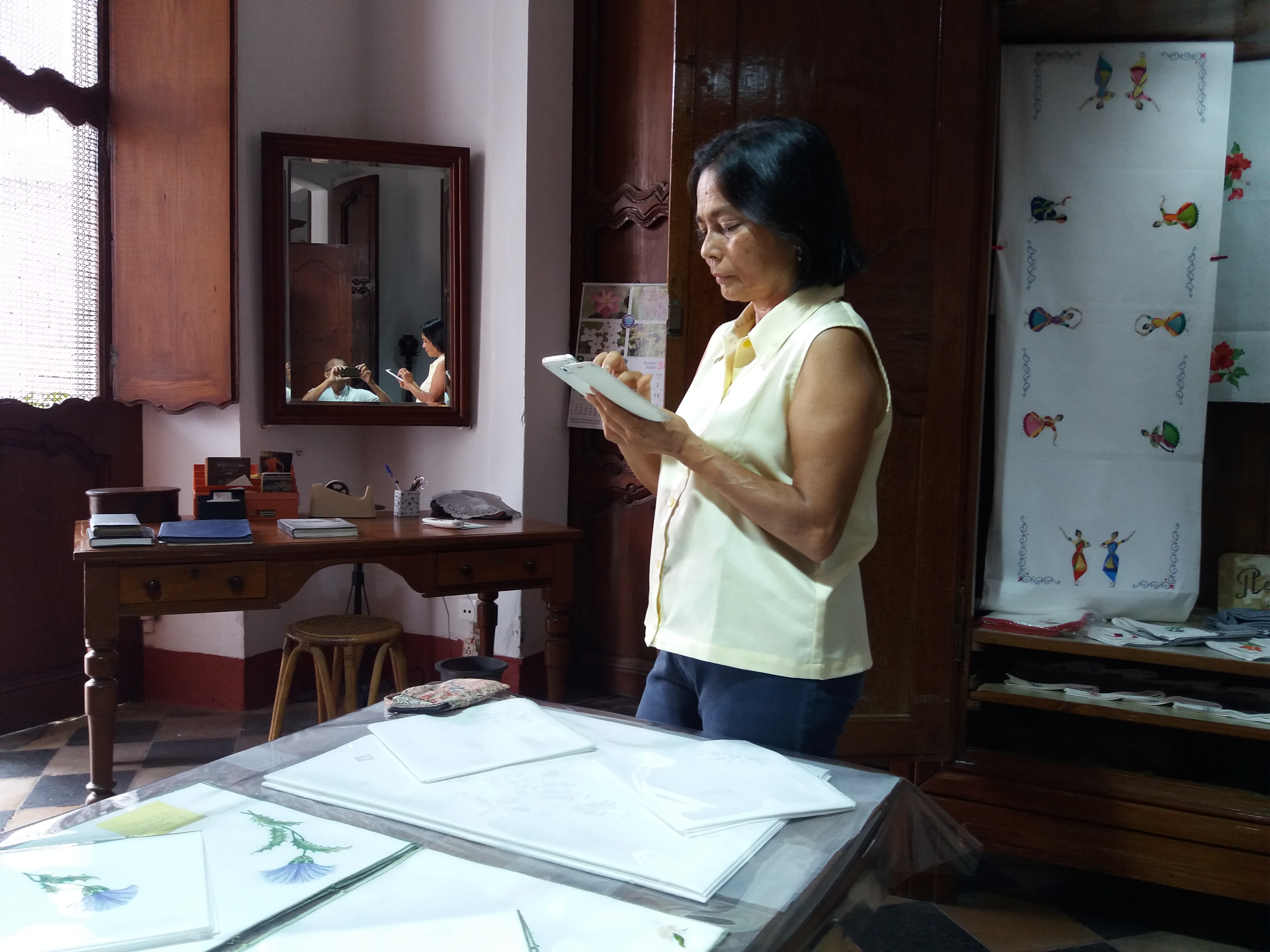