On a rainy July afternoon in Kermit, a local woman sifted through a table of donated apparel at Christian Help Inc.'s free clothing store. The outreach center was full that day and she was among many seeking help.

"The economy is so poor here it's hard for people to even clothe their children and grandchildren. There's no work, there's really no recreation here, there's nothing," she said as the blaring horn of a passing train outside muffled her words. She wished to remain anonymous but wanted to express how bad things are in the town located in Mingo County.

"Without this place we would be lost," she told The Catholic Spirit, newspaper of the Diocese of Wheeling-Charleston. "A lot of kids would not have what they need, people would not have the food they need."

For almost 25 years, Christian Help has provided the free clothing store as well as a food pantry, furniture and household items and, when possible, financial assistance to help with utilities, rent, medication, gasoline, propane and kerosene. Christian Help is a nondenominational, donation and grant-supported outreach center for low- to no-income residents.

It is run by Sr. Therese Carew, a Franciscan Sister of the Sacred Heart of Frankfort, Illinois. For the people she has served for the last nine years, life is not easy she said, primarily because of the lack of job opportunities.

She said once mining, which was the major employer, went down, factories closed too.

"You can't just say, 'Well go out and get a job.' First of all, you have to be able to get there and there has to be an employer." In Kermit, other than the public elementary school, the store is the next largest employer with eight employees — four part-time and four full-time workers.

Christian Help is located by the Tug Fork River. On the other side of the river is neighboring Martin County, Kentucky, whose residents also come to Christian Help for assistance. The nearest Walmart is almost 40 minutes away but Kermit does have a Family Dollar and Dollar General.

"We're a nondenominational Christian emergency assistance agency, helping some of the poorest of folks in America," she said.

Another issue for the area is the opioid crisis, which West Virginia has suffered from in the past few years. It has been especially hard on Kermit, Carew said.

Earlier this summer, she gave talk at St. Agnes Parish in Louisville, Kentucky, where she said that Kermit, with a population of 392, is known as the opioid capital of the U.S. "We have been featured on '60 Minutes' regarding this crisis — a single pharmacy in Kermit, received roughly 9 million pills over the course of two years."

Because of the opioid crisis, she said, the area has one of the highest death tolls resulting from overdose. And this, she said, has brought even greater challenges to a community that has already suffered so much.

"We have lots of grandparents raising their grandchildren, because of death or incarceration of the parents," she said. "If social services remove the children from a home, they literally hand the child to the family members taking them, often with no supplies provided." Because of this, she said, Christian Help is in need of basic baby supplies.

The store shares a building with a program sponsored by the Congregation of St. Joseph — A.B.L.E. Families (Affirming, Believing, Learning, Empowering) — which is headed by Franciscan Sr. Pat Murray. Together, they help address the needs of the poor from different angles.

The sisters run the after-school program, giving students a snack and providing a place to get their homework done with computer access. The sisters also run a mother, infant, health outreach, to help mothers of young children.

Christian Help added a transportation component 18 years ago, bringing people to see doctors since there is no public transportation in Mingo County and many residents do not have cars.

"We have about four drivers on the road Monday through Friday," Carew said.

Christian Help provides the free demand-response transit service to take people to doctors, pharmacies, stores or the post office, and any place they need to go.

It also works to help people pay for dental care, dentures and eyeglasses which are not covered by Medicaid.

"We provide what isn't, so our kids have what is needed to start the school year to be as successful as possible," she said. "Often the shoes we provide is the only pair of shoes they will have and they come in barefoot."

[Colleen Rowan is editor of The Catholic Spirit, newspaper of the Diocese of Wheeling-Charleston.] 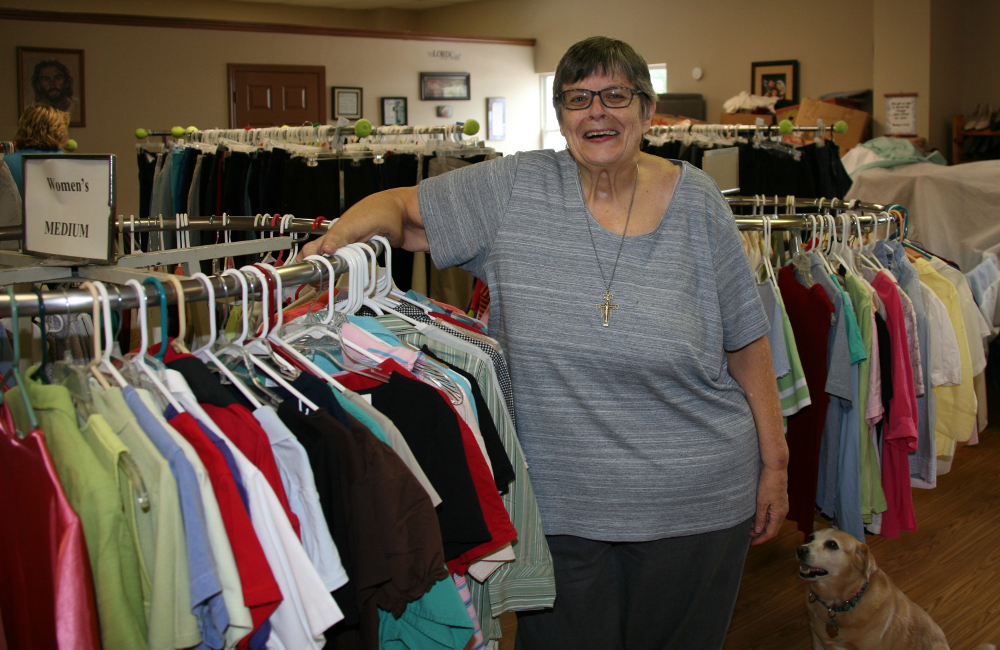