Sr. Mary Antona Ebo, a Franciscan Sister of Mary whose courageous words during the 1965 march in Selma, Alabama, became a rallying cry for many in the civil rights movement, died Nov. 11 at a retirement community outside St. Louis. She was 93.

"We will miss her living example of working for justice in the context of our Catholic faith," Carlson said in a statement.

The archdiocesan Peace and Justice Commission said in a statement that Ebo's "courage and work to end the injustice of racism provided the inspiration and guidance" the commission's members needed in their work.

Ebo was the only African-American sister to march with the Rev. Martin Luther King Jr. in the legendary protest for voting rights in Selma March 10, 1965. The march took place just days after what has been called "Bloody Sunday" when state troopers assaulted demonstrators with clubs and tear gas.

She told the crowd: "I'm here because I'm a Negro, a nun, a Catholic, and because I want to bear witness."

In 2007, a PBS documentary aired that chronicled the march and the group of women religious who participated. It was called "Sisters of Selma: Bearing Witness for Change."

Ebo continued to take a stand for justice throughout her life. Even in her 90s, she offered a reflection at a St. Louis archdiocesan prayer service in Ferguson, the scene of protests after an unarmed black teenager was shot and killed in an altercation with police in 2014.

This summer, the Missouri History Museum honored her in a special "Celebration of Sister Antona Ebo, FSM," as part of the exhibit "#1 in Civil Rights: The African-American Freedom Struggle in St. Louis."

Ebo's given name was Elizabeth Louise, but she went by the name Betty. She was born April 10, 1924, in Bloomington, Illinois, as one of three children.

Her mother died when she was 4 and in the next two years, during the height of the Depression, her father lost his job and the family home. The Ebo siblings were placed in the McLean County Home for Colored Children in Bloomington, where she lived from 1930 to 1942. She was baptized a Catholic Dec. 19, 1942.

Ebo earned a bachelor's degree in medical records and a master's in hospital executive development at St. Louis University. She went on to studies in clinical pastoral education, earning a master's degree in theology of health care and becoming certified as a chaplain through the National Association of Catholic Chaplains.

She was a founding member of the National Black Sisters' Conference and served as its president. In 1989, the conference awarded her the Harriet Tubman Award for being "called to be a Moses to the people." Ebo received honorary doctorates and many awards and recognition for her courage and insight on civil rights issues.

In a 2011 interview with Catholic News Service about the new memorial to Rev. King in Washington, she said she hoped the 30-foot likeness of the civil rights leader would prompt soul-searching.

"If we have to keep talking about keeping the dream alive, then what have we been doing for it still to be a dream?" she said. "Martin was our dreamer; his dream was for his time. Who are our dreamers today? You have to search kind of hard to find people with new dreams appropriate for our time." 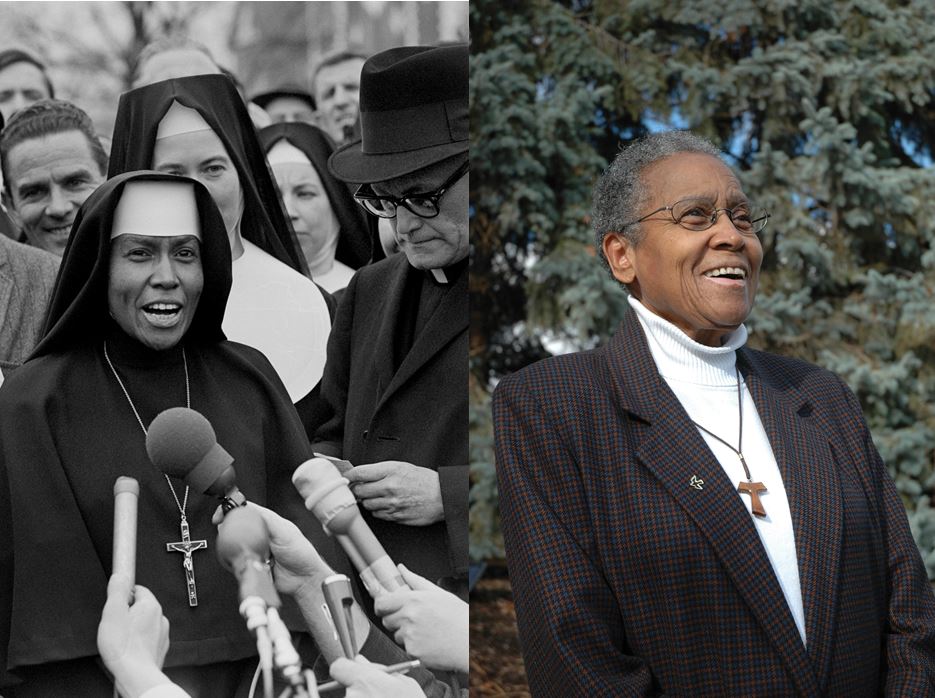