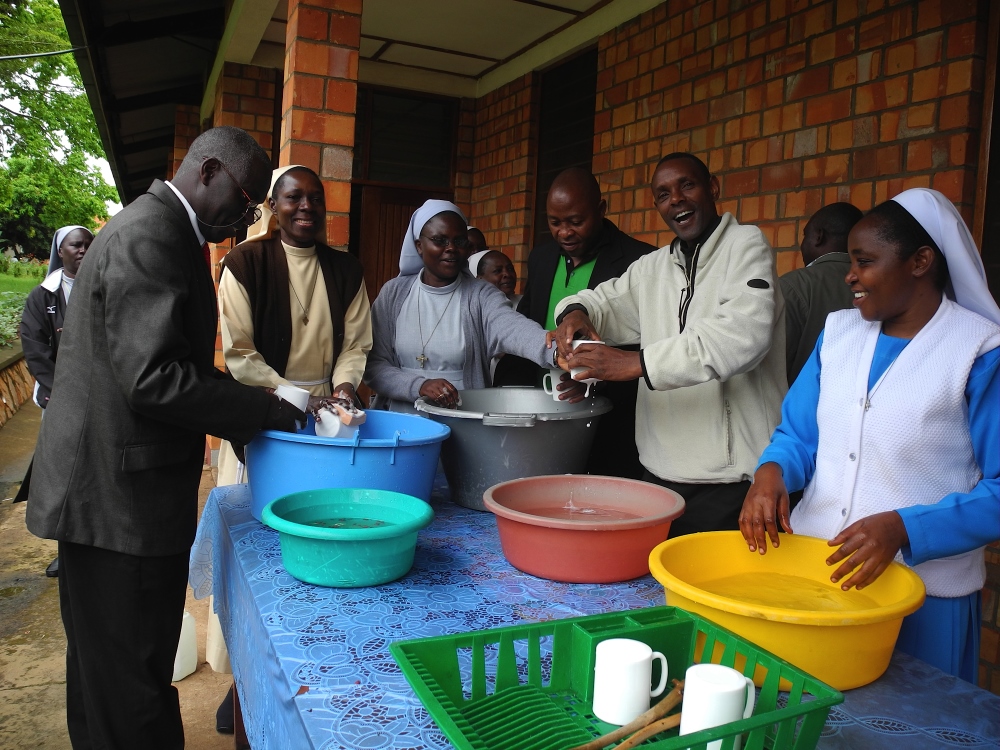 One sister says she loves watching the priests do their own dishes during the 10-month spiritual renewal sabbatical at the Namugongo Spiritual Formation Center. (Melanie Lidman)

Kampala, Uganda — These are the symptoms of severe stress and burnout: exhaustion, irritability, disillusionment, cynicism, headaches, backaches or dramatic change in sleeping or eating habits.

Spotting stress and burnout is the first lesson at the Namugongo Spiritual Formation Center in Uganda, which offers mid-career women and men religious a 10-month sabbatical program to reflect on their lives and work.

The renewal course starts with the class on stress and burnout for a very specific reason: Sometimes people in the midst of a severe burnout are the last ones to acknowledge it. Only after sitting in a classroom and learning how to spot the symptoms do the participants admit, “That’s me, I’m exhausted, and I need a break.”

Sisters need vacations, just like everyone else, especially when they are working so hard on such limited funds, explained the Namugongo Center’s director, Sr. Margaret Magoba, of the Sisters of Our Lady of Good Counsel.

“Sisters need to be encouraged they can’t do it all in this world,” Magoba said. “Their life is important and they need to stop, to take a short break. We are not machines, but even machines go for service. When you think about cars and machines, you go for a certain mileage, and then you have to go for a checkup. People should be aware, because the signs of stress and burnout are obvious. Some of us will refuse and say, ‘But I’m not tired!’ But their whole face says they are tired.”

The Namugongo Center is located on the outskirts of Kampala. A sense of calm permeates the campus, which hosts both the spiritual renewal course and a course for formators who educate the young men and women joining religious life. There are 19 sisters and 11 priests in the renewal course. In Uganda the administrative umbrella group, Association of Religious in Uganda, is for both women and men religious. 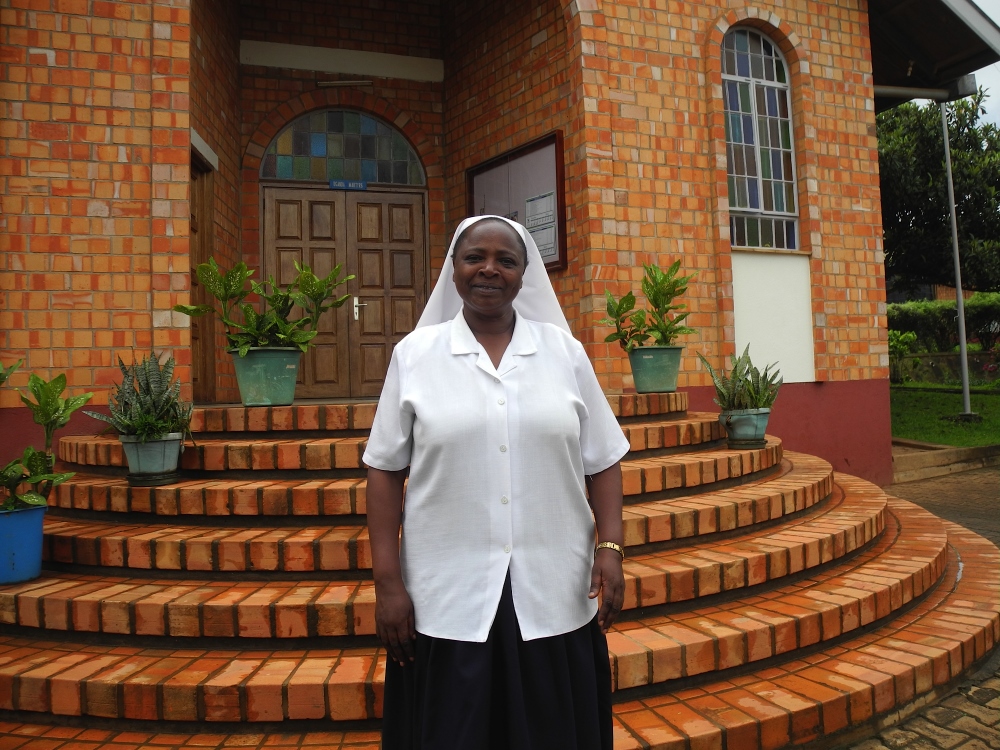 Namangogu Spiritual Formation Center Director Sr. Margaret Magoba, of the Sisters of Our Lady of Good Counsel, stands outside the chapel on the campus of the spiritual renewal center (Melanie Lidman)

Walk around the carefully manicured grounds, with gently sloping lawns, and you hear there are two dominant sounds: birds singing – and people laughing.

Even the sisters and priests doing their dishes after a morning snack are laughing uproariously. One sister confides that it’s because she still gets a kick out of watching the priests, who normally have housekeepers, do their own dishes.

But it doesn’t always work like this. Magoba says sometimes superiors force people to come to the spiritual renewal course.

“Some of them did not want to come here because they’re attached to their work,” she said. “They think that by removing them [for the sabbatical], someone is trying to replace them.”

Men are more likely to actively resist coming for a sabbatical once they’ve been chosen. Sisters are less likely to complain about stress or exhaustion, since women in general are discouraged from admitting weakness, Magoba explained. Participants, and sometimes their superiors, hide behind the excuse that there is “no one to replace them.”

A participant who fervently believes they don’t need a sabbatical ends up wasting the first three months of the time being angry about being removed from the job, Magoba said. But usually, just arriving on campus is enough to help people start to relax.

“Sometimes when people come here they are so tired they have forgotten how to smile,” said Magoba. “You say to yourself, what kind of person is this? But it’s just that they are really worn out, and they are miserable.”

Some of the 30 sisters and priests participating in the 10-month spiritual renewal sabbatical gather for a morning coffee break. (Melanie Lidman)

There are only a handful of spiritual formation centers across Africa. There is a similar-length program in Zambia, and Kenya has a five-month program. In Uganda, the program attracts participants from Nigeria, Cameroon, South Sudan, Tanzania, Kenya, Zambia, Malawi, Congo and Rwanda, not just Uganda. Magoba herself did the five-month sabbatical in Kenya, after a grueling term with the Ugandan government’s Elections Commission.

As her course ended, she was approached to lead Uganda’s spiritual center. Participating in the sabbatical changed her life. “I was more alive, it was like being reborn . . . I had all the time I wanted to be with myself and my God and I utilized it,” she said. “I remembered why I was living as a woman religious.”

Those kinds of revelations are what Magoba is struggling to help sisters and superiors understand: Refusing to take a break can actually do more harm than good.

At the beginning, sisters and their superiors are focused on the loss of 10 months of work or income. When congregations are stretched so thin, it’s difficult or impossible to envision such a long break from work.

Participants in the sabbatical year are required to pay approximately a third of the cost of the tuition. The rest of the funds are covered by the Association for Religious in Uganda and international organizations like Church in Need and the Munich branch of the International Catholic Mission Society (Missio), though the center is always struggling to raise sufficient funds for the 26-year-old program.

So the first reaction to a sabbatical year is that not only will a sister no longer be working for the congregation, she’ll also be taking funds. But leadership needs to focus on the long-term effects, Magoba insists: Sabbaticals help sisters become more effective with their work.

“Their working pace and spirit increases, because they are ready to go out and share,” said Magoba. “It really affects them; it strengthens them and their quality of performance. They now understand why they were doing certain negative things. And they are able to help their sisters who are in similar situations and encourage them to come for the rest and the renewal.”

[Melanie Lidman is Middle East and Africa correspondent for Global Sisters Report based in Israel. Follow her on Twitter @MelanieLidman.]

Q & A with Sr. Assumpta Nabawanuka on battling COVID-19 early in the pandemic

Not just facts and figures: Accounting is empowerment