With exposed steel beams stretching three stories high, open walkways and sweeping floor-to-ceiling windows revealing a view of Old Quebec, the entrance of Le Monastère de Augustines is strikingly modern. Yet when guests walk toward reception, they step back in time: The desk is built straight into what used to be the side of the Augustine Sisters' 17th-century monastery.

"If something looks old in the monastery, it actually is," said Marie-Eve Perron, manager of tourism development for the nonprofit and public trust La Fiducie du patrimoine culturel des Augustines, which now runs Le Monastère on behalf of the Augustinian Sisters.

The antique monastery has been home to the sisters since 1644 as they offered medical care to the community at their hospital next door, Hotel Dieu. Now, the building serves as a luxury healing hotel, featuring 65 rooms, wellness activities, massage and meditation treatments, an organic restaurant and a serene atmosphere. Rooted in the history and mission of the Augustinian Sisters, the monastery also features exhibition halls with more than 40,000 relics from generations of sisters there, historical medical equipment, and documents and ancient books that attract researchers and historians from around the world.

The sisters are still there, too. They call it a living museum: Though most are retired, the sisters live in a portion of the building and are seen on the grounds.

The youngest resident of the rectory is Augustinian Sr. Sarah McDonald, 37. She and three other sisters from other Augustinian monasteries run the Centre Catherine de Saint Augustin, welcoming pilgrims and visitors to the life and legacy of their French canoness, Blessed Marie-Catherine de Saint-Augustin. McDonald and her sisters minister to guests, whether they stay at the hotel or visit loved ones at Hotel Dieu.

"We didn't just want it to be the museum in the past — 'This is what the sisters did' — but 'This is what we do.' This is how we live," McDonald said.

After 25 years of deliberation, collaboration and construction, the shrinking number of sisters living at the monastery opened their home and legacy to the public as a way to repurpose the space. They wanted to share it with the community but still use it in their longtime healing mission, McDonald said.

Rehabilitation and conversion of the monastery began in 2013. It opened as a hotel to the public in 2015.

"It took a lot of courage for the sisters to open up their monastery," McDonald said, calling the project "audacious" because most of her sisters joined the community when it was cloistered 50 or 60 years ago.

How to preserve a legacy

The sisters documented and saved everything throughout generations, Perron said, resulting in archives that stretch 1 kilometer long.

The first three Augustinian Sisters were called from France to Canada by the Duchess of Aiguillon in 1639 to provide medical care to the settlers in what was then a French colony. They opened Canada's first hospital, Hotel Dieu, in 1646, and the province still runs it today.

The Augustinian Sisters offered medical care first under rule of the French, then the English, and eventually Canada's sovereign government. They added on to their original building through the late 1600s and completely rebuilt it in 1757 after a fire destroyed it. Their current building even witnessed war: A note on one ceiling beam in the hotel's hallway marks a cannonball strike that helped the British defeat the French in the 1759 Battle of Quebec.

As the sisters grew older through the 1990s, they looked for ways to transition their home. Perron said eight current sisters originally from the Hotel-Dieu de Quebec Monastery, who now average 84 years old, wanted to "pass on their heritage within their lifetime."

The sisters' church was classified as a cultural heritage site in 1961; the sisters' choir and novitiate were recognized as National Historic Sites in 2003.

Perron said through conversations with at least 70 volunteer experts in a variety of fields, including architecture, engineering and hospitality, the sisters decided a hotel would help finance their museum and archives collection as well as their social missions that offer discounted rates for at-home caregivers and families visiting people in the hospital next door.

In 2009, the sisters gifted their monastery to the public trust, technically owned by the population of Quebec, to run the daily administration and services.

The 100 staff and volunteers who rehabilitated the monastery to host guests were meticulous to preserve the space as they worked. Each artifact — statues, furniture, artwork — was put back to its original place after the building was renovated to modern standards. Each ceiling beam was numbered and reinstalled.

Perron called it "a very innovative concept that ensures the longevity of the material heritage of the sisters, their collection and monastery, but also their intangible heritage: their tradition and knowhow and values."

McDonald said the sisters could not have done the transition themselves, nor would they want to.

"I didn't enter this community to take care of buildings, but praise God that there are amazing men and women who are working here who specialize in communications and in plumbing and — because I don't! That's not my calling," McDonald said.

Changing the ministry while providing care and hospitality

McDonald is a licensed practical nurse who works at a private long-term health facility when she's not at Le Monastère. Her background in medicine fits in line with that of her predecessors.

"If you think of our origins of our order, we founded Le Hotel Dieu — literally translated, 'God's hotel,' " McDonald said. "What was it? Well, it was a hospital, and it was serving the poor and the sick through the hospital."

The sisters were nurses and scientists, pharmacists offering herbal remedies. Their museum now displays the evolution of medical equipment over time, with early microscopes and anesthesia tools used at the sisters' hospital.

Perron said the sisters were always open to new technology of the day if it best suited their patients' needs, which is exactly how they respond to the new wellness offerings of Le Monastère. For example, when the sisters wanted to learn more about yoga, one of the hotel's instructors led classes at their residence.

"If today it's scientifically proven that yoga has some health benefit, they are really open to it. They are women of science, so they are very happy that we practice that," Perron said.

Visitors can participate in daily classes that encourage vitality and relaxation or special workshops featuring topics like guided meditation and reflection, ways to ease insomnia or digestive discomfort, or be introduced to local herbalism.

McDonald's personal ministry has evolved along with the hotel's. Before, she built relationships with families within a church setting, but now she provides a "pastoral of tourism."

"People are coming in for a couple of days, maybe just for an afternoon, maybe for a week. And so we get to know them, but then they're gone. So we just get snippets of their lives," McDonald said.

She said she and her sisters are often asked to accompany people visiting loved ones at Hotel Dieu in their time of need.

Visitors are welcome to join the daily Mass each morning at 8:30 a.m. regardless of their beliefs. McDonald said the chapel is still "in the heart of the program," which she is proud to represent.

McDonald said the sisters still focus on caring, but now for caregivers instead of the sick. She said the Canadian government allows home caregivers time off, but that does not mean they get a real break.

"What happens is that person ends up staying at home and doing the cooking and the cleaning and the laundry and all of that, and we're saying, 'No, come here and let us take care of you for a week,' " McDonald said.

Family members visiting the hospital can stay at the hotel for 30 Canadian dollars ($23.55) for a room for a night, and CA$40 packages that include three meals and a daily relaxation activity are offered to home caregivers.

Anyone is welcome to stay in authentic monastic or contemporary-style hotel rooms, which range from CA$74 to CA$252 depending on single or double occupancy and which healing activities and treatments guests experience. Those rates, plus guided tours of the museum, which range from CA$9 for a child to CA$30 for a family, help fund the missions.

Along with the museum and hotel, Le Monastère also creates sustainable initiatives, like launching a new cooperative in Quebec that links organic food producers in the region with the monastery's restaurant and other restaurants in town.

The sisters' dining room sits on the other side of the kitchen shared with the hotel, so when new chefs began preparing modern healthy and organic meals, McDonald said some of the older sisters needed to expand their palates.

"It took a lot of adaptation for the sisters who didn't know what quinoa was, or didn't know what [certain] herbs were," said McDonald, who noted they have arranged for more traditional meals like shepherd's pie.

Just as the sisters take their meals in silence, hotel guests are requested to remain quiet during their breakfast. Perron said most visitors are pleased for the break from phones or chatter so they can begin their day centered.

The trust and nonprofit of Le Monastère are getting into research and development, too. This winter, the nonprofit is building a greenhouse and will experiment with new cultivation methods in the colder Canadian climate. As part of an effort to become a holistic health innovation hub, they collaborate with the University of Laval to determine profiles and monitor outcomes of guests who participate in wellness programs at Le Monastère. Perron said they also plan to launch a mentoring program in 2018 to pair veteran patients at Hotel Dieu with newly diagnosed patients who need help navigating the health care process.

While the sisters do not run these projects, their presence in Le Monastère is essential to their direction.

"I think as a community, our strength is hospitality," McDonald said. "St. Augustine, our founder, always had an open table to be able to welcome people. I think we are continuing that ministry, though today it looks more like a hotel." 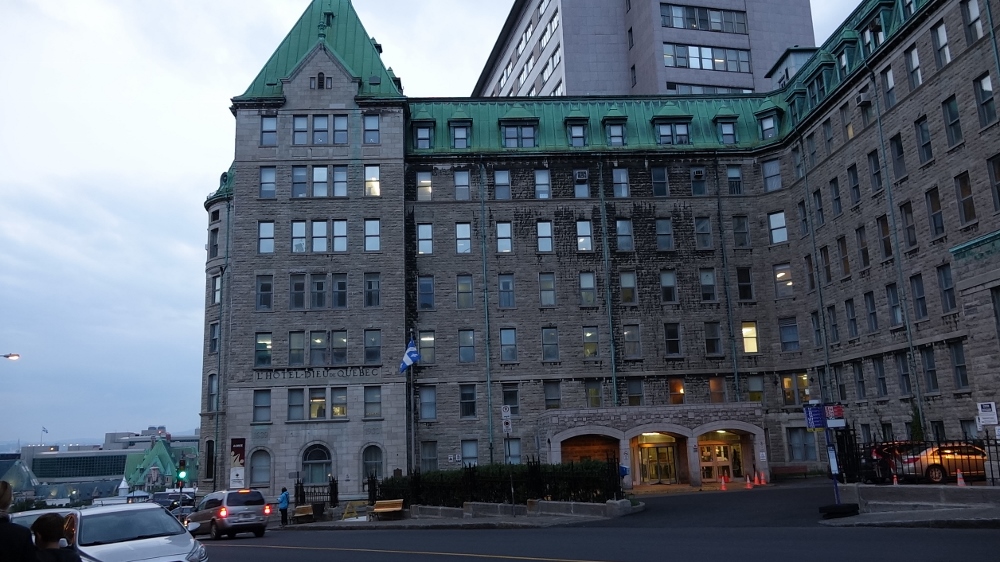 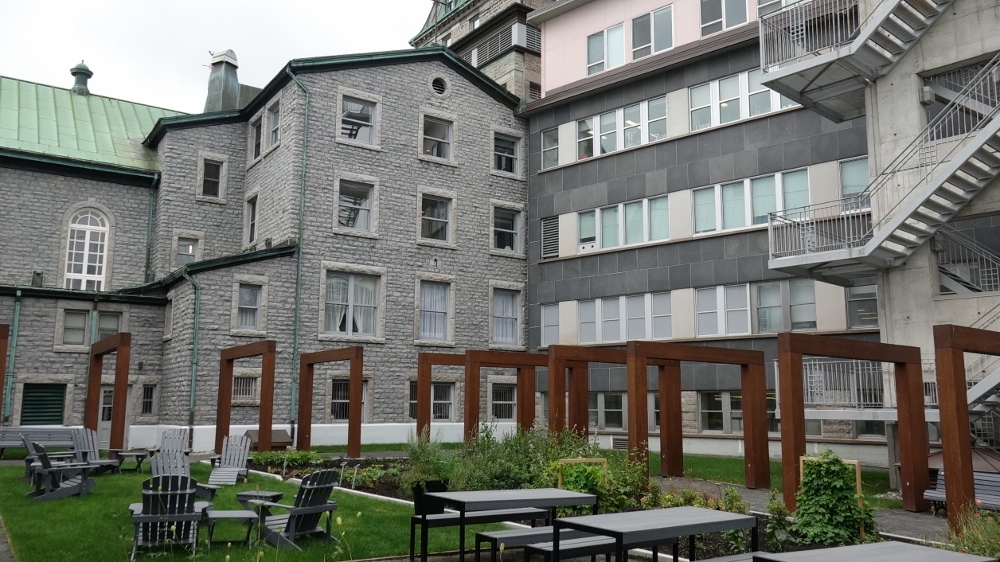 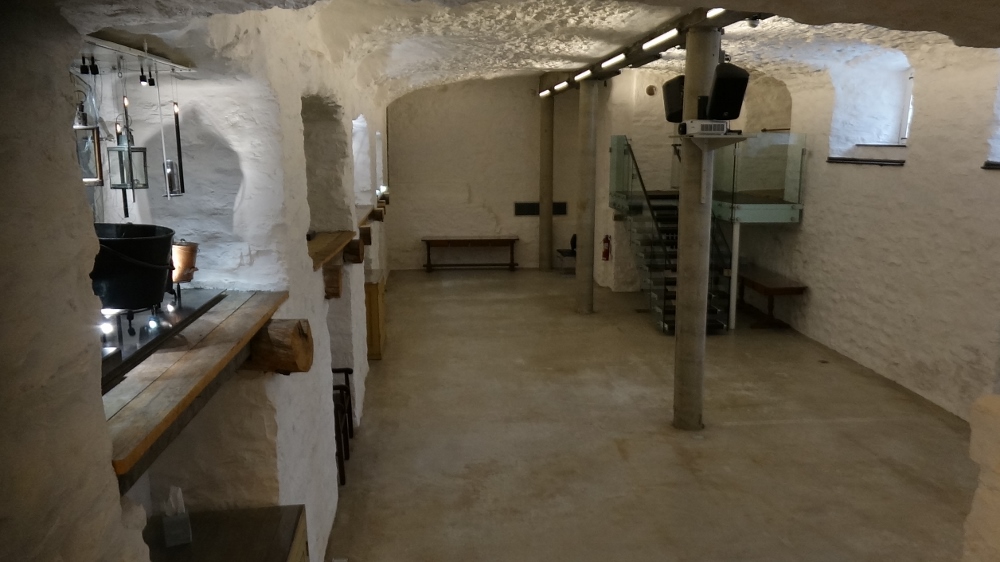 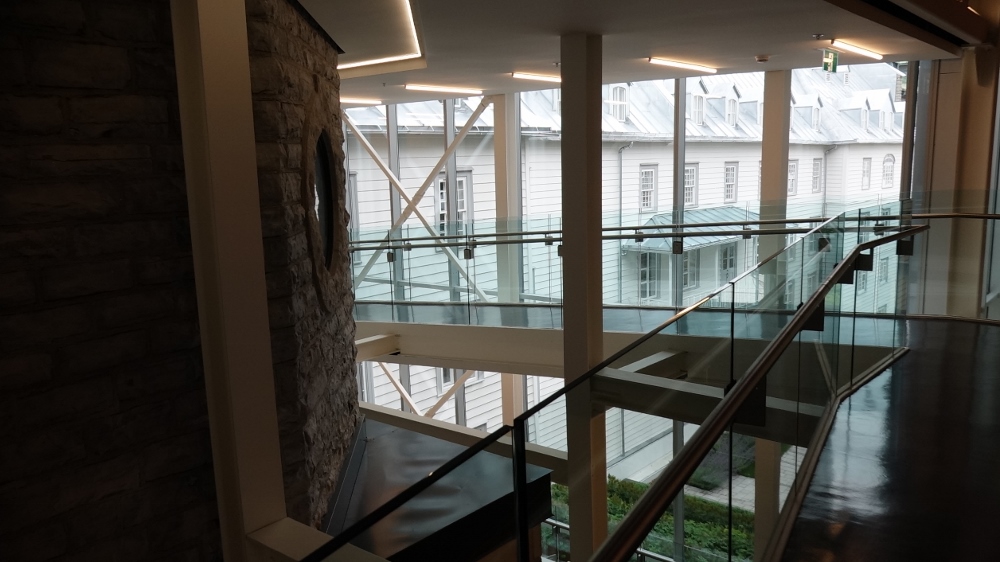 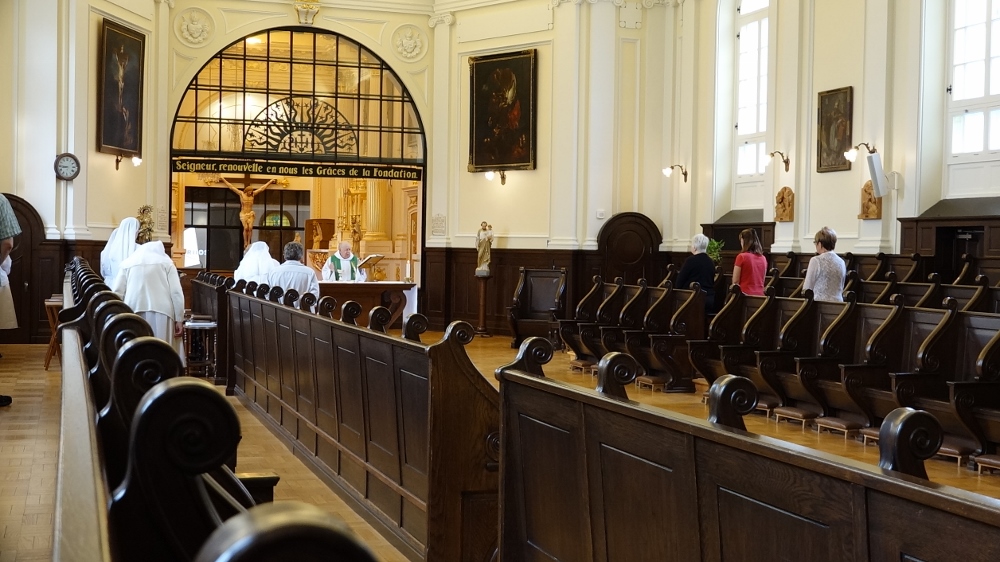 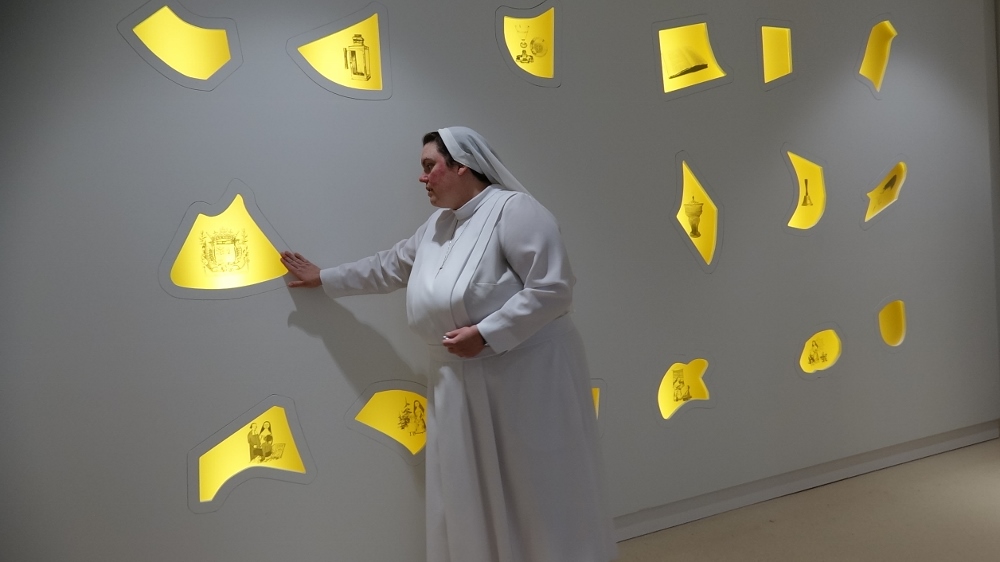