What do Assisi Sister Smitha Mary and Franciscan Clarist Sister Abhaya Francis have in common?

Trained in sign language, both are making faith more accessible to the hearing impaired. Their efforts have helped an Oriental Catholic Church in India launch a special ministry to hundreds of hearing impaired people.

The two are among 40 similarly trained Catholic women religious who assist the Syro-Malabar Church in its new ministry of using sign language in church services, including Mass.

The Syro-Malabar Church is one of three Catholic rites in India, and its synod approved offering Mass in sign language during its last meeting in late summer.

"These sisters are the backbone of our church's new ministry. They helped the church focus on the deaf ministry," says Sabu Jose, secretary of the Oriental rite's Pro-Life Apostolate that took the lead in introducing sign language.

"The sisters, who use sign language as part of their consecrated life, are a blessing to the church and society," the lay leader told GSR.

Jose admits the church had ignored the hearing impaired for a long time. "It has finally recognized the contribution of the deaf to the church. So many deaf people now benefit spiritually from the signed Mass and other services. It is a matter of great joy," he adds.

Sister Mary, 58, says she and other nuns learned the sign language not out of compulsion but because of "sheer commitment and devotion to the handicapped and unwanted people."

She said that she decided to become a nun to "give my life for Jesus and the poor and marginalized. I believe Jesus heard my prayer and selected me for this work."

The signing sisters of Kerala, a southern Indian state where the Syro-Malabar Church is based, learned the skill from government-recognized institutes in Bengaluru, Chennai and Mumbai. Sister Francis says they continue to brush up their skills even after formal training by attending short courses and referring to books and online sources.

Most sisters have started their deaf ministry as teachers. Kerala has about 10 schools for the hearing impaired managed by women religious congregations. Later, they expanded their service to the wider community of hearing impaired, Sister Mary explains.

One such expansion was a Mass on Aug. 5 that Cardinal Mar George Alencherry, head of the Syro-Malabar Church, offered at St. George Forane Church in Kochi, Kerala's commercial capital. Some sisters used sign language to interpret the liturgy and the cardinal's homily.

The impressed cardinal invited the nuns to assist him to offer another Mass on Sept. 11 that the pro-life commission organized at the church's headquarters in Kochi. Some senior bishops also joined the cardinal at the Mass where seven sisters interpreted it in sign language.

Jose, who attended the Mass, said that some prelates later commended the sisters and made them "feel valued and wanted." He said the Syro-Malabar Church is believed to be the first among the Indian rites to officially use sign language for Mass.

During the Mass, the cardinal announced that his church will use sign language regularly for the deaf community in liturgy and related activities. Jose said the signing sisters now serve several parishes, church events, schools and communities of hearing impaired.

He also noted that the universal church now offers spiritual support to the speech and hearing impaired in several countries.

"As there are more trained people within the Syro-Malabar Church now, we should actively get involved in helping these marginalized people," the cardinal said.

More than just at Mass

According to the 2011 government census, India has 70 million disabled persons, and 18 percent of them suffer hearing impairment. Sr. Francis says a large number of the hearing impaired avoid social situations because of their difficulty communicating with hearing people.

Some sisters got involved in the ministry more than 20 years ago.

Sister Mary, a member of the Assisi Sisters of Mary Immaculate, started doing sign language in 1988. "My work is with the hearing impaired and speechless people, and so I learned sign language," she says.

Her congregation supports her work. "It is the charism of my congregation to uplift the handicapped and give compassionate love to the least brothers and sisters in society," she explains.

Sister Mary uses sign language also in court and in counseling sessions with hearing impaired couples before and after they marry. She has also taught in a school for the deaf, run by her congregation for the past 20 years.

Regarding her involvement in assisting Mass, Sister Mary says she felt sorry seeing the hearing impaired "simply stand during the Eucharistic celebration. I have noticed them feeling bored." The introduction of sign language has made their participation in Mass lively, she says.

What she and other signing sisters do is stand near the altar facing the congregation and use the sign language while the priests celebrate the Mass.

She shares one experience:

"Early this year, a deaf couple, married for five years, came to see me for a post-marriage counseling. They were on the verge of divorce. Both had written their problems on a piece of paper for me to read and understand better. After reading them, I realized that the major cause of their problem was that they did not have a child and that the couple was ignorant about the essentials of a married life. They lived in the same house, but there was no love or physical relationship between them."

"I explained to them the importance of sexual relationship in a married life to enable the wife to get pregnant and deliver a baby," Sister Mary said. She followed up on her counseling by referring the couple to a gynecologist and sexologist, who used charts and pictures to advise the couple. "A few months ago, the husband came to inform me about his wife's pregnancy. He also said that they are so happy and that I was the first one to be told about the good news."

Her ministry has its challenges, she says, especially when she appears in court in connection with cases involving hearing impaired adults. "Some people with vested interests compel me not to speak the truth."

People sometimes pressure her not to get involved in legal matters. "They have also asked my superiors not to send me to the courts," she says.

Sister Francis, too, lends her service in court.

The 47-year-old a member of the Franciscan Clarist Congregation was once invited to a court to interpret for a deaf couple. The couple lived happily, but the wife's mother wanted her daughter to marry another wealthier man. So, she presented false documents. Her daughter used sign language to tell the judge that she was happy and didn't want to leave her husband. The judge could not understand her, so sought Sister Francis's help. The judge allowed the couple to live together after the nun interpreted the wife's statement for the court.

The sisters assist hearing impaired people, lawyers and judges in civil and criminal cases. In other counseling, they mostly work with Catholic couples but are open to working with people of any faith.

Sister Francis is an Indian pioneer in interpreting the Bible in sign language. She has also preached more than 25 homilies and conducted several retreats in sign language in her 26 years of ministry for the hearing impaired.

The Clarist nun has dramatized 30 biblical stories in sign language to promote the scripture among the hearing impaired. Those stories are available on a CD titled "Ephphatha" ("Be opened"). Christ uttered that word when he healed a deaf and dumb person, as told in Mark 7:34.

However, Sister Francis' main job is being the principal of a school. She points out that 140 of 245 students in her school are hearing challenged. The nuns who teach them play a vital role in carving out the future of the students, both physically and mentally, she told GSR.

Karaganappalli Velayudhan Anil, 40, a deaf volleyball coach of the school, said that his life's most enriching experience was meeting Sister Francis. He learned many new things, including the Bible stories the nun explained in sign language. "Although I am a Hindu, these Bible stories have left lasting impressions on me. I have also told my deaf friends," he told GSR, using sign language that Sister Francis interpreted.

Sr. Janceline Francis, another Assisi nun who has used sign language since 2000 to teach deaf students, uses it during public meetings when her children are invited to attend.

She feels that the involvement of the sisters in Kerala doing sign language in the church is increasing.

Sr. Shiny Francis of the same congregation has taught history and English at the Assisi School For the Deaf in the Malappuram district of Kerala since 1994. She too offers counseling and court service through her signing.

"The sisters provide maternal care to the deaf in the church and society. They lead them closer to God," the priest said. He describes the nuns' work as the continuation of the Jesus ministry among the deaf.

Holy Cross Fr. Biju Moolakkara, who has trained priests, nuns and brothers to use sign language for several years, says many deaf people have returned to the church after the nuns started using sign language.

The priest says the nuns trained in sign language now plan to take the ministry to the national level. "In a few years, the Indian Church will have quite a number of sisters doing the sign communication," he predicts.

He also recalls Pope Francis' invitation to the church to find creative ways to help those suffering physical, psychological or intellectual limitations to encounter God.

"Words and gestures of outreach and welcoming must never be missing from any church community, so that everyone, particularly those whose journey in life is not easy, can encounter the risen Lord and find in that community a source of hope and courage," he told a gathering of differently abled individuals, their families, pastoral workers and professionals at the Vatican in October this year.

The sisters in Kerala have already been doing what the pope in October exhorted the church to do, Moolakara says. 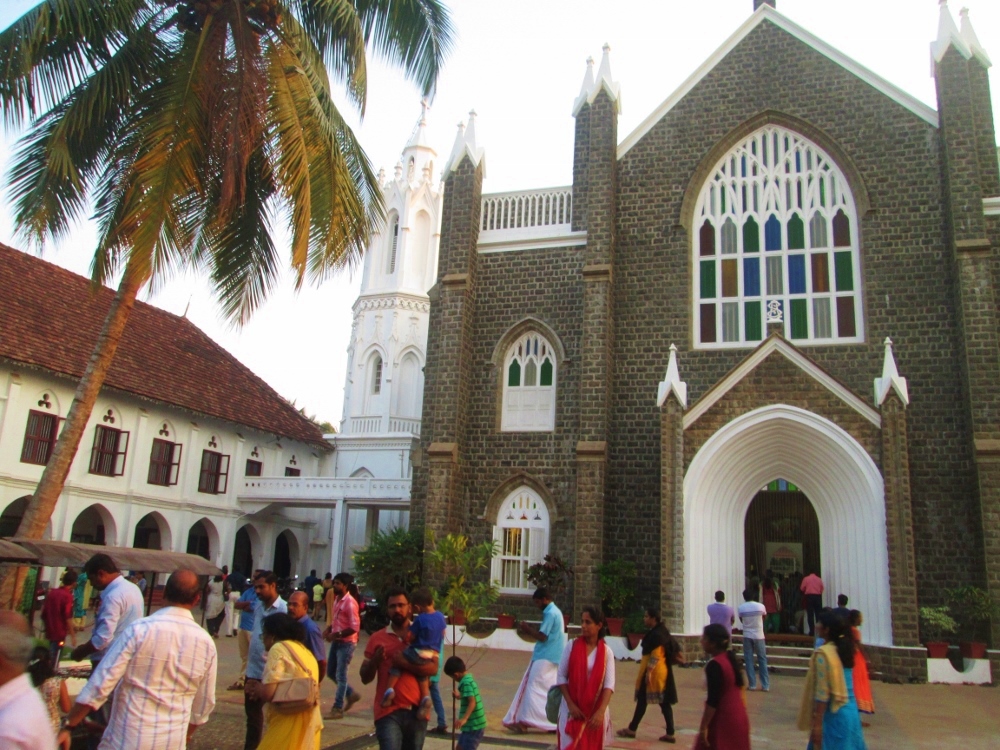 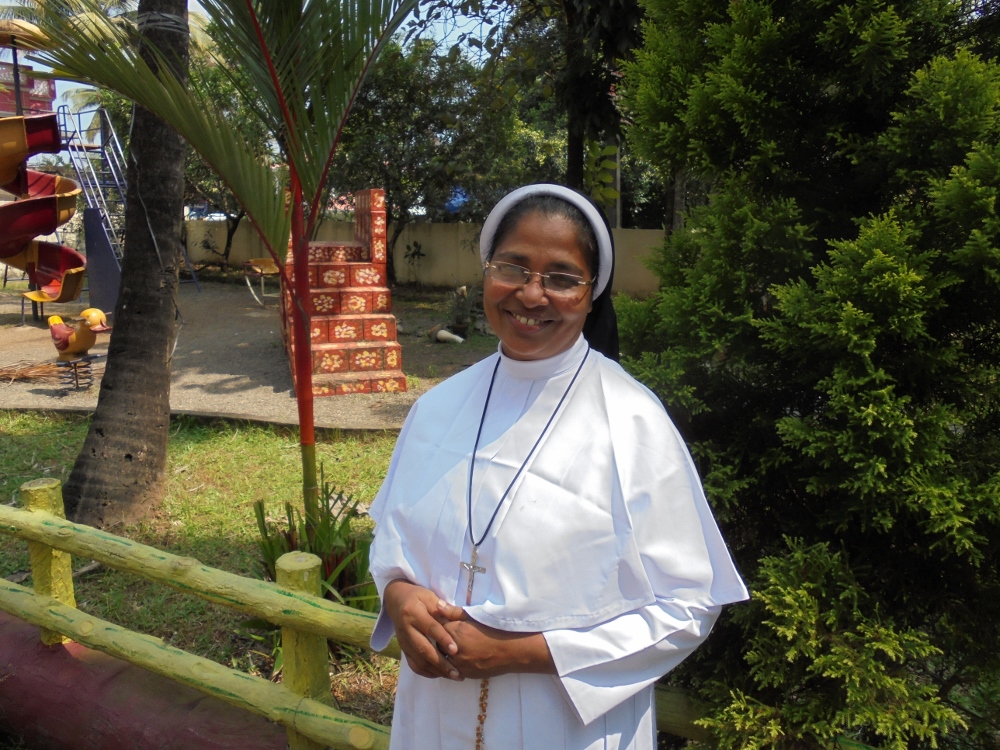 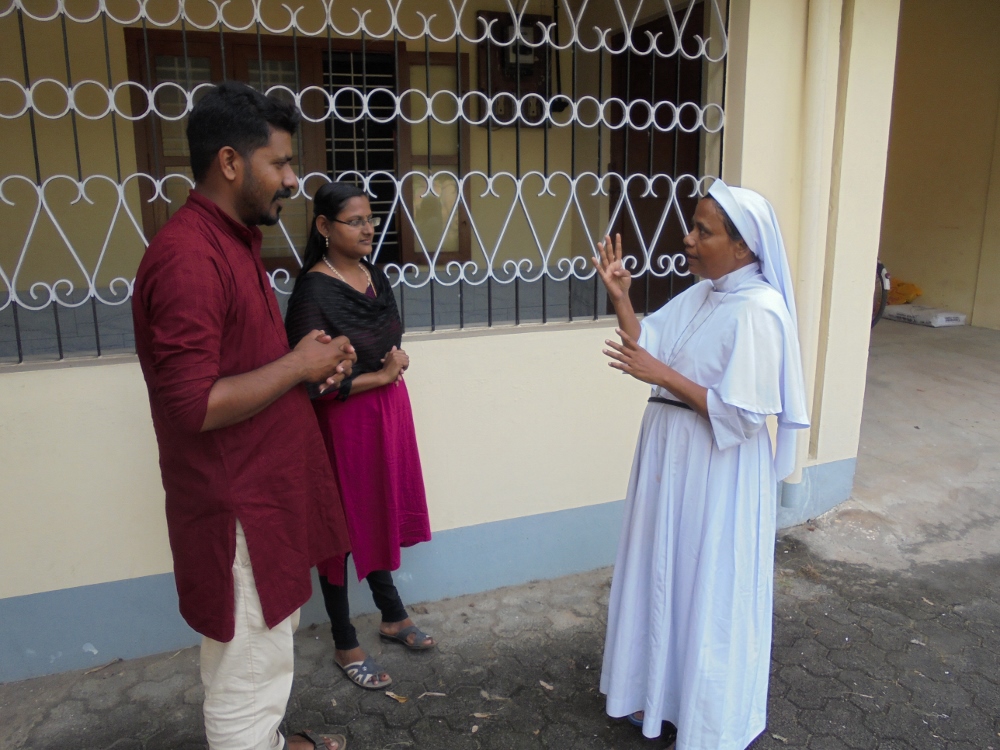 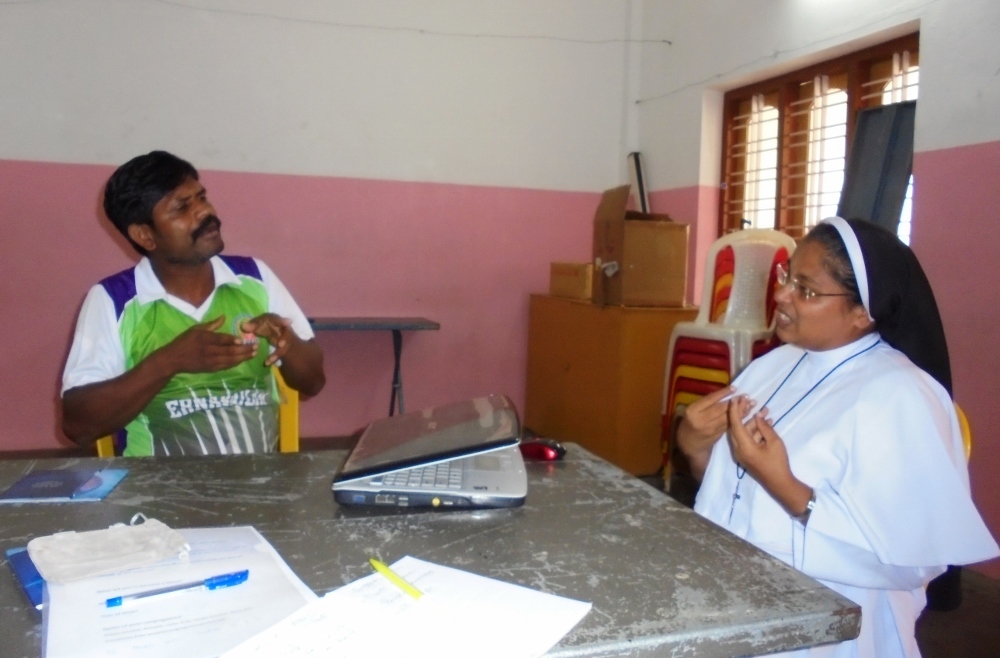 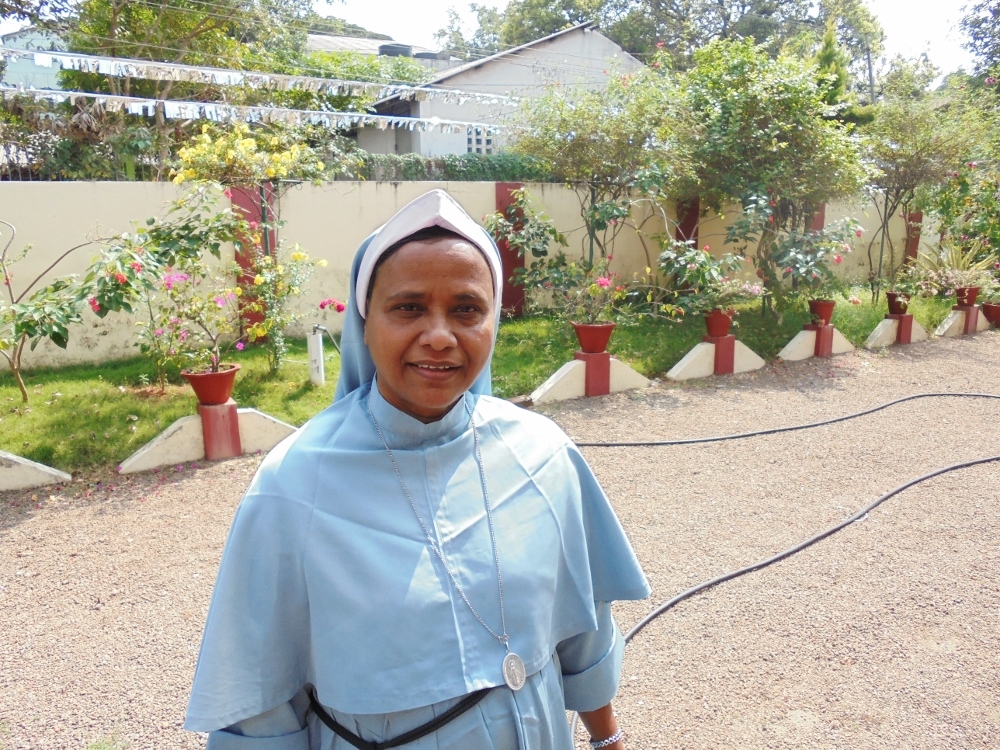 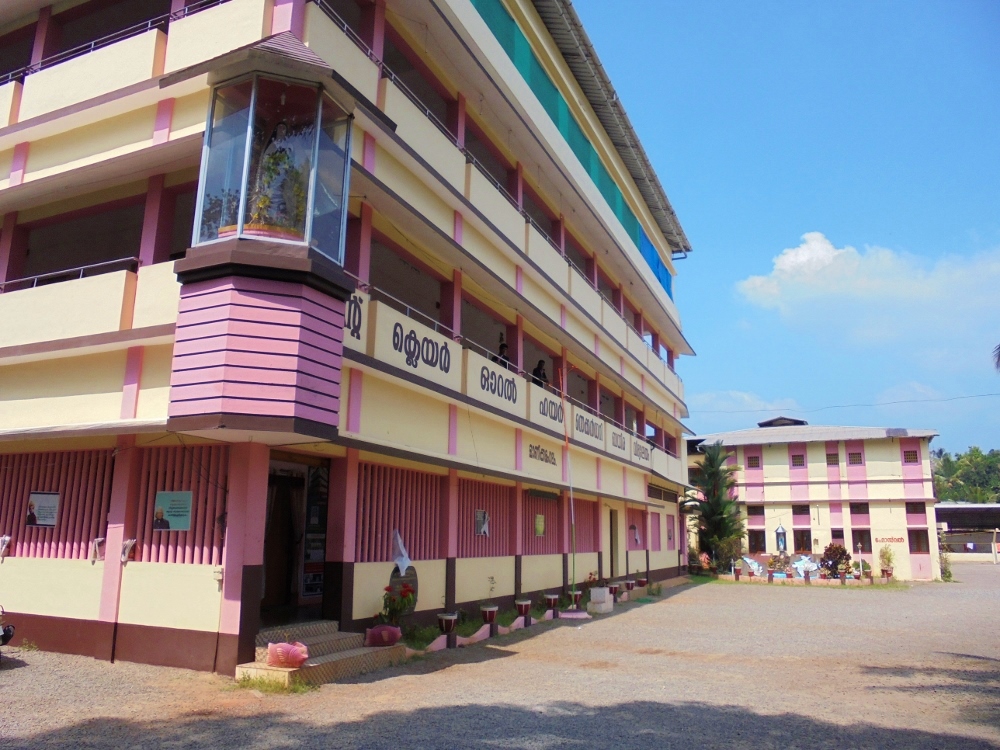 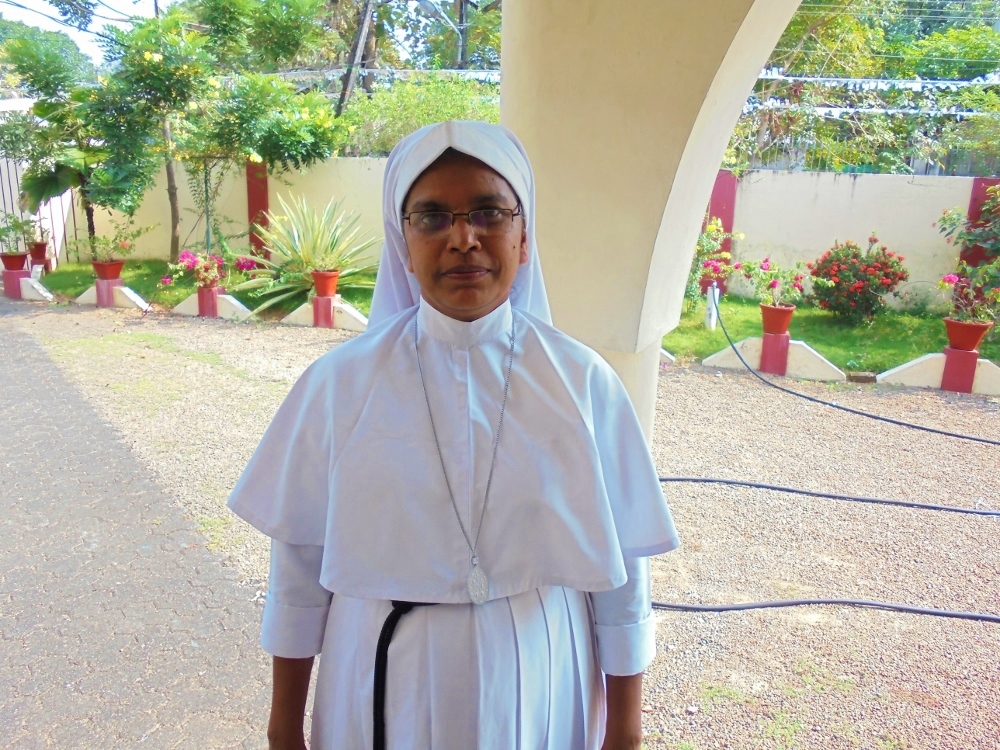