Skip to main content
This story appears in the Francis in Korea feature series. View the full series.

So what must Pope Francis tell the young? What message would he need to deliver to the young? I posed these questions the day before Francis met with the Asian young at Asian Youth Day today, to try to get a measure from an expert who works with young Koreans.

Immaculate Conception Sr. Rosa Kang Sun Mee is just such an expert. The charism of her order focuses on the young.

She in talking with me about the young of Korea and Pope Francis’ dealings with them she sets four marks.

Kang admits this is a tall order to achieve in a short time. She said, however, he could set a framework, a mood that could lead others in the right direction.

So how did Kang come to her understanding of the young of Korea today?

Her story goes back to the founding or her order. She started with that, when I approached her to explain herself and her mission as a woman religious.

Kang is provincial of Asia – including Japan, the Philippines and Korea – for the Immaculate Conception Sisters, an international order, based in Spain. Her order was established in 1892, and has some 450 members, with about a fifth of those in Asia, 21 in Korea.

Kang and her order’s mission deals specifically with the evangelization of the young.

It was with this in mind, recognizing Pope Francis would soon be meeting with the young of Asia for Asian Youth Day, that I sat down with her to find our more about her mission and how she sees the young of Korean today, especially the challenges they face in this rapidly growing society.

In explaining her mission directed at youth, she went back to speak about her founder, Maria Carmen Salles, who at one point, at the direction of her parents, was engaged to a young Spaniard. She broke it off and instead entered the novitiate of the Adores Sisters, who worked with destitute women. Sales, according to Kang, kept asking how those women would have been “if the society had given them meaningful opportunities.” That’s when she decided to dedicate her life to training women so they could have a rightful place in society.

“The women were the lowest of the low then,” Kang told me.

Fast forward and the sisters congregation that grew out of Salles’ early efforts today continues to be focused on the young in need – in Korea, mostly on young women.

“Today, we evangelize through education, by witnessing with our life, by being close to people, listening and dialoguing with them,” Kang said.

“So tell me about the young today,” I asked; "What are their biggest challenges?”

Kang said that 60,000 young children, in elementary and secondary schools, drop out of school each year. “They’re dropping out for many reasons, but mostly because they see no hope, they see little reason that it matters, because all schooling here is aimed at getting into the universities. When that becomes a distant goal they lose hope."

Kang is very critical of the education system in Korea, saying that it involves “severe completion, causing great pressures.” Education, she says, is not the type we normally consider a rounded liberal arts education. Instead, it is very focused on achieving a university degree. Even those who succeed in getting into a university, she says, also feel pressures and, often, a sense of hopelessness.

“Values,” she said, “are not taught. There is no sense in the education system here that human beings and human knowledge have essential dignity in their own accord."

The result? It is a sense of life with little meaning other than trying to be more successful than others.

“Pope Francis has shown many times his perspective toward people is sensitive. I think he already knows the situation youth face today,” she says. “I want the pope to say that despite all the difficulties you face, despite any errors you have made, you are cherished and you have dignity. You are noble human beings and are valuable and valued.”

He needs to let them know he understands their conditions.

Kang acknowledges that Francis’ words cannot achieve all that needs to be achieved, that it will be difficult to find words that say enough, that convey all the meaning that is required and to do this in a short time.

Francis must show that he is willing to listen carefully. If he does, she said, that could show others in Korean society that they must listen to the young. He can be an example. The problem today is that young Koreans feel no one is listening to them. This results in further loneliness and desperation, Kang said.

She cited the sinking of the Sewol ferry last April. This incident deepened the sense among the young that they are on their own, that those who are supposed to protect them are failing to do so. This has added to great malaise among the young, she said.

"They know,” Kang said. “They know. The feel something very deep within that adults are failing them – and that they are alone."

Kang offers an example. Some years back, mad cow disease broke out in Korea. A group of high school girls started a candlelight vigil opposing the import of U.S. beef. That protest spread and led to a major movement to ban the meat. This, she said, show that the young are thinking – and are feeling they need to do things on their own if they are to protect their lives.

“The young are in a crisis,” Kang said. “This crisis has an impact on the way they look at education and their own futures. These are not shallow people. They have a grasp on reality that is quite remarkable. What they say, though, is quite unsettling.”

Kang is focused at the moment on beginning a school for 80-some unwed mothers who have little hope. Her order is taking these young girls in so they can help care for them, educate them, rebuild within them self esteem and a needed sense of dignity at a time when others look upon them as outcasts.

She says she can make a difference in the lives of some young – and this makes her life meaningful and worthwhile as a religious woman.

[Tom Fox is NCR publisher and director of Global Sisters Report. He can be reached at tfox@ncronline.org.] 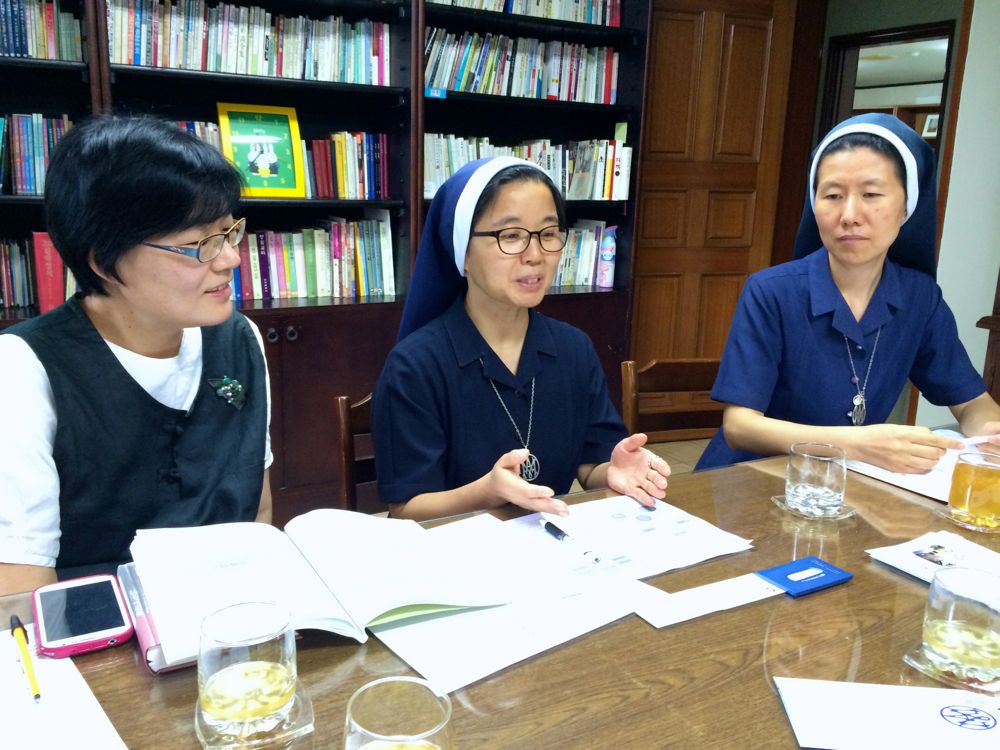 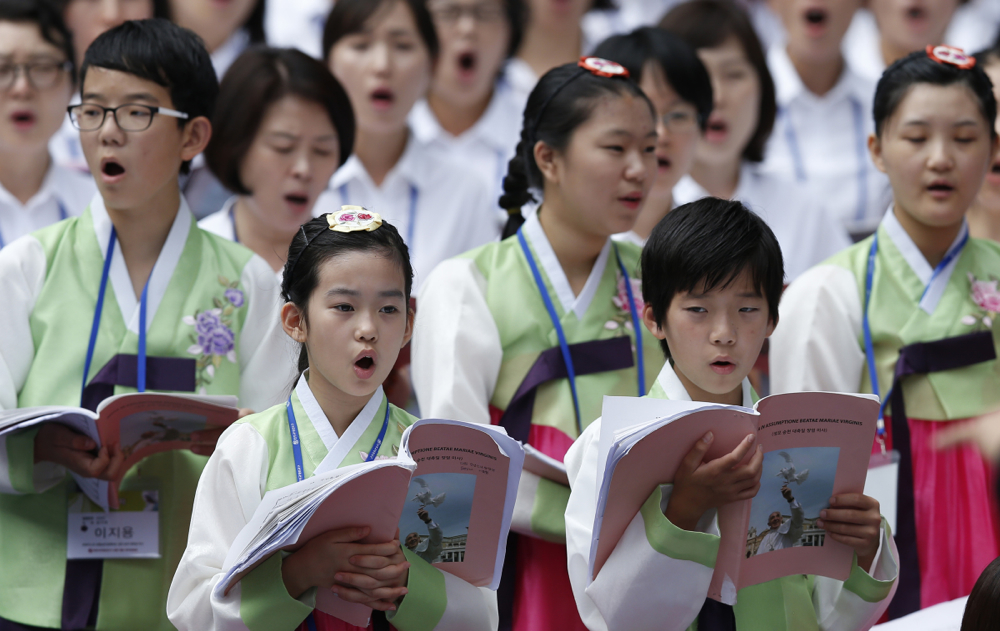