Small trailers peppered the barren colonia of Penitas, Texas, when Immaculate Heart of Mary Srs. Fatima Santiago, Emily Jocson and Carolyn Kosub arrived in 2003. A recent tornado had ravaged the border town in the Rio Grande Valley, and its residents were long underserved: the town had no shops, schools or Catholic church. Neighbors were strangers, often only making contact at the single stop sign when they dropped off their kids for the school bus.

"We had nowhere to go," said Libby Reyes, a resident in Penitas, which is about 20 minutes west of McAllen, Texas, and in the Brownsville diocese. "I had lived here for five years and still didn't know anybody in the colonia. Everything was so far away from here — no hospitals or even a mini market in the area."

More than a decade later, there is a community center, a church and repaired houses. Scars from the storm have been largely erased, but even more important, say the residents, is a sense of community and purpose the sisters helped foster.

Moving into the area "without preconceived notions," Kosub said their priority was to listen to the people in order to learn their needs and gain their trust, and from there work to develop various programs.

"There was nothing but pure potential and wonderful people willing and wanting to go forward with their lives," she said.

Besides the extensive rebuilding required because of the storm, there were other persistent needs. Kids lacked computers to work on homework. Nearby medical care wasn't available, and few residents had health insurance. Homelessness was prevalent, aggravated by the tornado. English was a distant second language. Neighbors were "afraid of one another, not knowing who they could trust," Kosub said. Today, the colonia is home to about 2,000 families.

Establishing a sense of community

"What I have learned is that the very first thing, when you go to a colonia, you don't get handed a plan like, 'This is what you'll do,'" said Santiago, who is originally from Tamil Nadu, India. "You listen to people, and listen again. Each program and each area that we touched came from their needs as immigrants, specifically the struggles each generation goes through."

Kosub said that each sister arrived with her own skill set: Santiago had spent several years in Guatemala and does most of the social work throughout Penitas. Jocson, who has since returned to her homeland in the Philippines, is a civil engineer with a knack for music; she worked on building projects, adding to the community center and directing the construction of a church — while working with the church choir. Kosub took care of writing grants and handling communications. "Put that all together, along with our volunteers that come in, and we do a lot of learning along the way."

Local youth groups have been repairing about 10 homes a year for the past decade, painting houses and working on minor renovations depending on funds they had acquired. "The living conditions of the people were improving little by little," Santiago said.

Driving through the town, one sees tiny homes and trailers lining the sleepy streets — some still in need of obvious repairs, while others flashed bright walls and gardens, clearly the product of the sisters' collaborations.

Aranet Mejia, 23, lives in one of these homes, with her mother and six brothers. They moved to Penitas from Michoacan, Mexico, at about the same that the sisters began working on the community center. The family of eight started out in a trailer while "Winter Texans" — retirees from northern states who come down to escape the cold — worked alongside the sisters to build the Mejias a home. It has a spacious and air-conditioned living room and kitchen; it's a house big enough for Aranet to have her own room.

But the colonia also had communal needs.

Before the sisters came to Penitas, women would often stay in their trailers alone while their husbands were gone all day, either trying to find a job or working manual labor till sunset.

In 2004 the sisters opened a community center, Proyecto Desarrollo Humano (Project for Human Development), intended as a general gathering space for neighbors and for hosting education classes and activities and providing a temporary space for Mass.

"There was no community, as such, until the center entered the picture and became the focus, the place where they can get together, talk about their problems, talk about what they want to do to become a community," Kosub said. "They got to know one another — 'you're not so bad; I can trust you' — so that changed the picture immensely."

Women teach and take art and sewing classes, practice Zumba outside, and maintain a community garden. Kids have access to a computer room and English classes. Attached to the building is a medical clinic as well as a thrift store, which helps bring in revenue for the center.

"On weekends we host events on various holidays where we could bring the families together, so they could see that the center is theirs," Kosub said. "It's here for them, and can be whatever they'd like it to be. We're just working along with them, hoping to make this a second home for them."

Helping the youth with applications for Deferred Action for Childhood Arrivals (DACA) was also a priority. Santiago said the girls were getting pregnant right out of high school, which she equated to their lack of opportunities due to their legal statuses. By helping them fill out DACA applications — despite it being a two-year process — she said it helps them "break the cycle," as the women would then qualify for driver's licenses, social security, and acquiring a bank account.

Aranet Mejia said she and three of her brothers were able to receive DACA benefits thanks to the sisters. Not only did they help her receive sponsors who could pay for her first semesters at college (studying criminal justice and social work), but they also hired her as a receptionist right out of high school.

"I was really negative about not going to college, and they gave me that first step — to be positive, that I can and should do it."

Families here are constantly living in financial uncertainty, most beneath the poverty line, she added. Most men dig ditches for construction sites or pick crops — whatever kind of job they can find, often lacking legal documents that would enable them to look for better work.

"[Their status] doesn't matter to us because they're people, and we're helping them to live. That's all that matters," Kosub said.

While residents attended Mass at the community center, the sisters worked on obtaining grants and securing a plot of land to begin constructing a church. By 2009, St. Anne Church was blessed, and four years later given to the Brownsville diocese.

The church itself is located on what was formerly a dangerous highway, known for being used to smuggle drugs. But the many trees and plants surrounding the building make it a welcoming atmosphere, and its interior is both artistic and representative of its parishioners. Colorful tiles line the podiums, fountains and candle holders, while flowers and ribbons adorn various crosses around the altar.

For this and all their work in the community, the three sisters received Catholic Extension's 2014 Lumen Christi award granted to an individual or group whose mission best demonstrates how faith can transform lives.

"Sometimes there is this notion that missionary activity takes place in lands that are far away from here," said Joe Boland, Catholic Extension's vice president of mission. "But, the sisters in Penitas, Texas, remind us that there are missionary frontiers in our own country. Their ministry to an economically poor community in South Texas is an extraordinary example of how people of faith can be transformative agents in our society.

"By providing spiritual, educational, and medical support to the community, the sisters have empowered the people with the foundational resources they need to create lives full of joy and purpose."

Learning along the way

"There's a missionary spirit that you'll find in all congregations — we learn as we go along and never say it's impossible," Kosub said. "I always tell people that there's no way you can humanly explain the success of our project; it shouldn't work, but it does work, and that's through God's grace."

She also attributed their achievements to the work of the local people, the seasonal residents, leaders in communities outside the colonia, and prominent people who contributed however they could.

But the process did not come without its challenges, as residents of Penitas "are so used to being at the bottom of the totem pole, that some of them are afraid of rising and aren't sure what would happen if they go higher," Kosub added.

The comfort zone they felt being at the bottom made it easier not to persevere, she said.

"I had to remind myself that they aren't going to get where I'd like them to get very quickly. They have reluctance to make a real commitment and keep it, and that requires a lot of patience on my part."

Though most residents have no more than a third-grade education, Kosub said their intelligence has exceeded her expectations: the women as artistic seamstresses, the men being able to build anything just by looking at it. With their combined talents, they became each other's teachers within the center, and would prepare community meals on holidays, turning to the sisters for organizational help in the beginning.

"I tell many people that, to me, having the sisters in the community is like feeling God," said Anita Alfaro, who came from Santa Anita, Mexico, to Penitas shortly after the sisters had arrived, about 12 years ago.

"I have no way of explaining it, but I feel satisfied because my life has transformed from their presence. . . . They do so much for the community, but I especially cherish what they were able to do for me personally."

When she moved to Penitas with her three children, her home had no insulation or roof tiles. The sisters organized help with the "Winter Texans" to improve her living conditions, and later helped her son with his DACA application. "Thanks to their help, my oldest son has a work permit."

"It's like they are angels on Earth. When they learn of a need, they do what they can to meet it. . . . Our lives have changed immensely because of them."

The deep sense of spirituality among the colonia's residents, in turn, has left an impression on Kosub, who said they have an unwavering belief that God is in charge of their lives. She noted a raffle that took place with a first prize of $5,000, and she jokingly asked a lady what she would do with the money. "God knows what we need," she responded.

"If you didn't know these people, you could easily look at their poverty and say they must be very bitter people," Kosub said. "But they're not. They're joyful, faith-filled. No doubt that God is with them and that God is taking care of them." 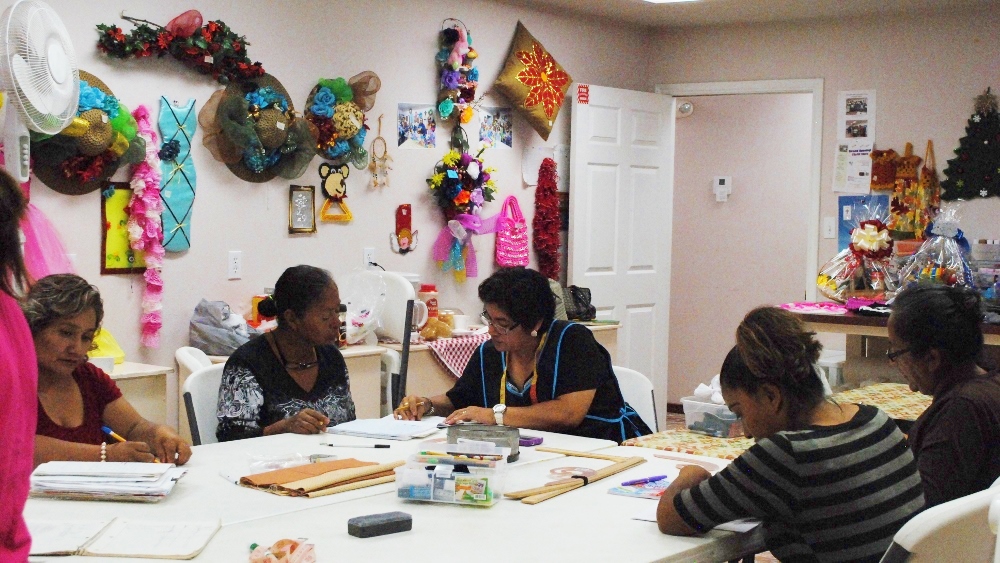 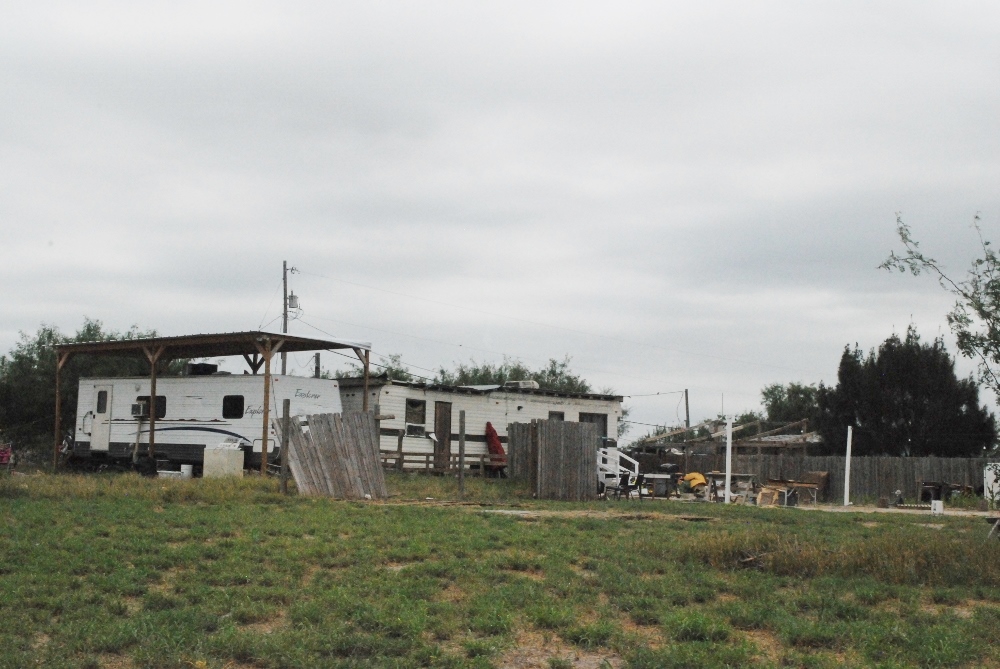 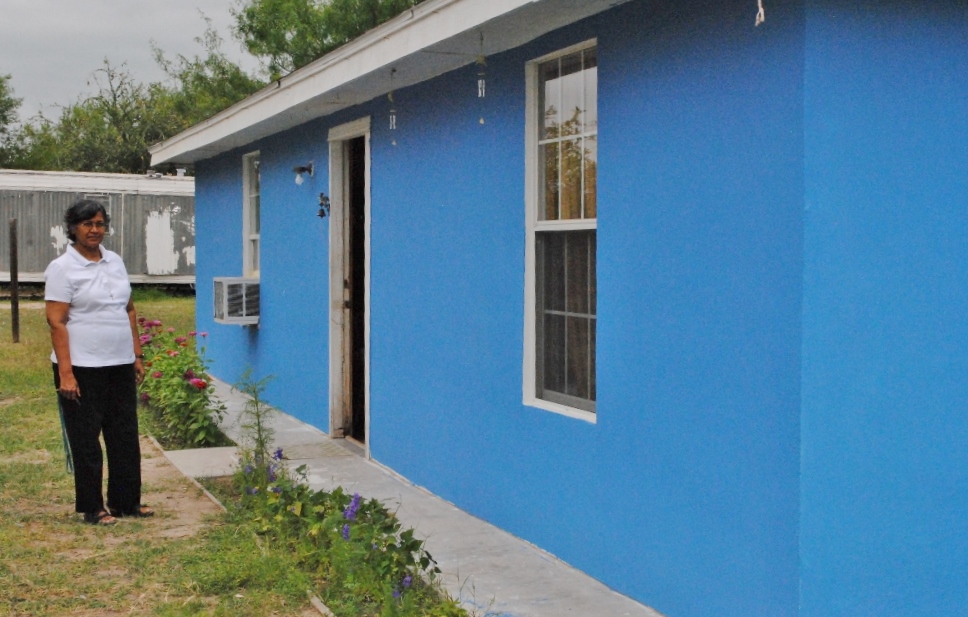 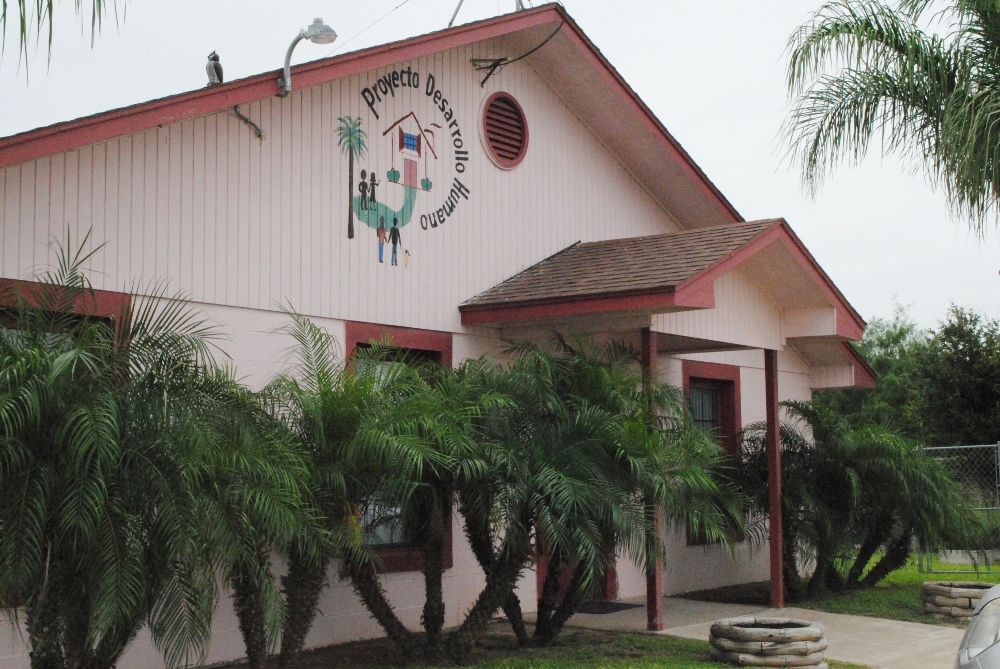 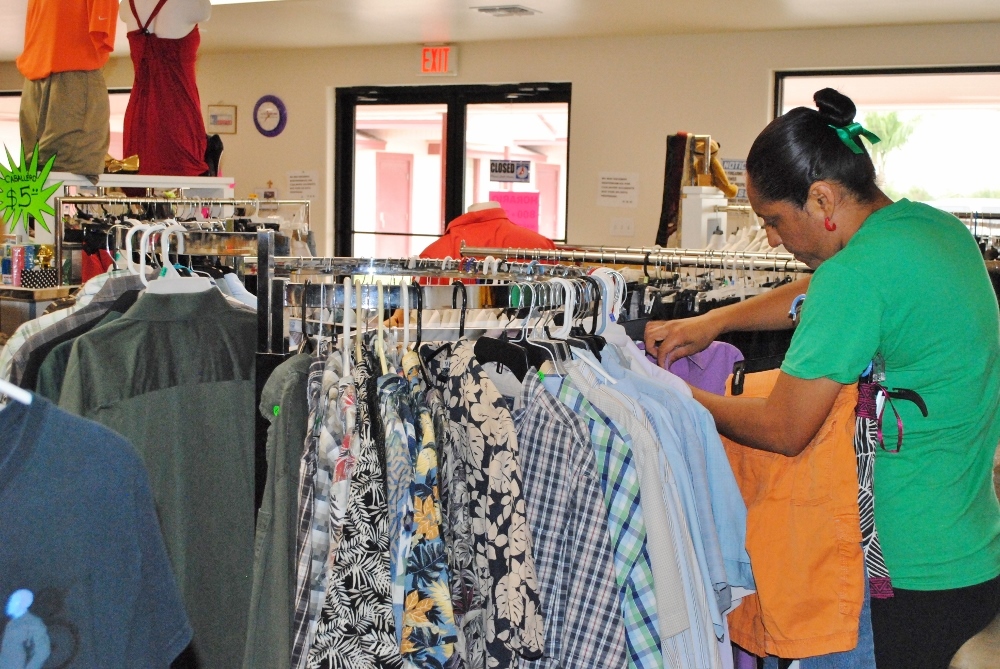 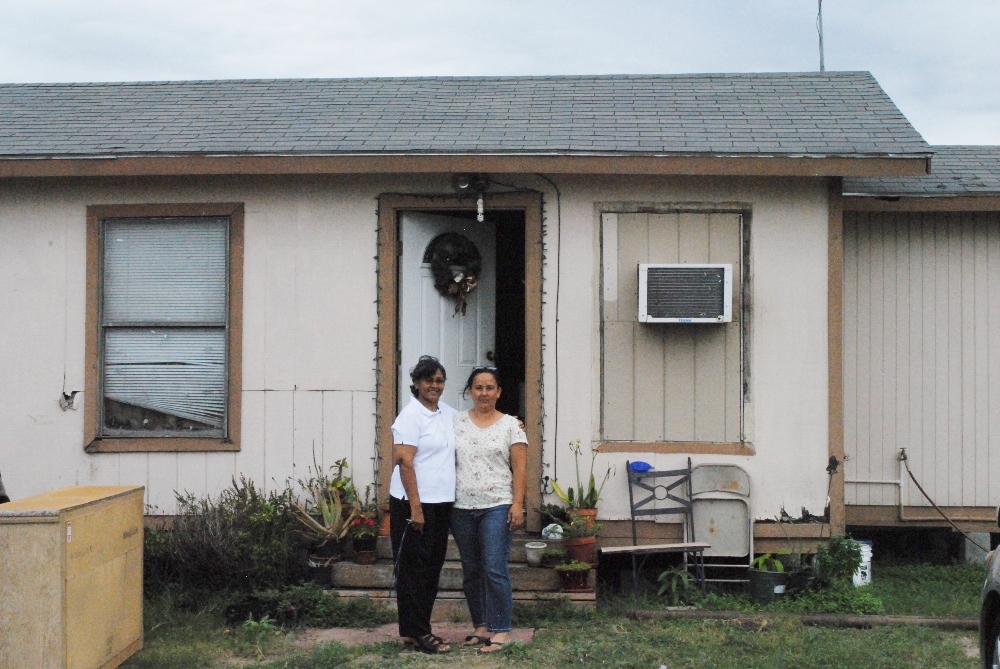 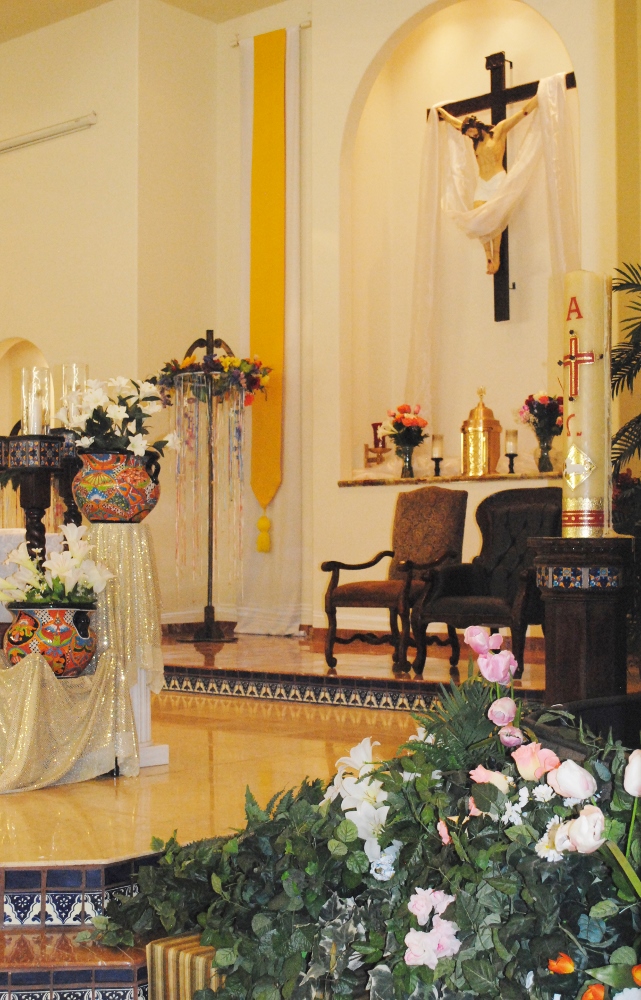 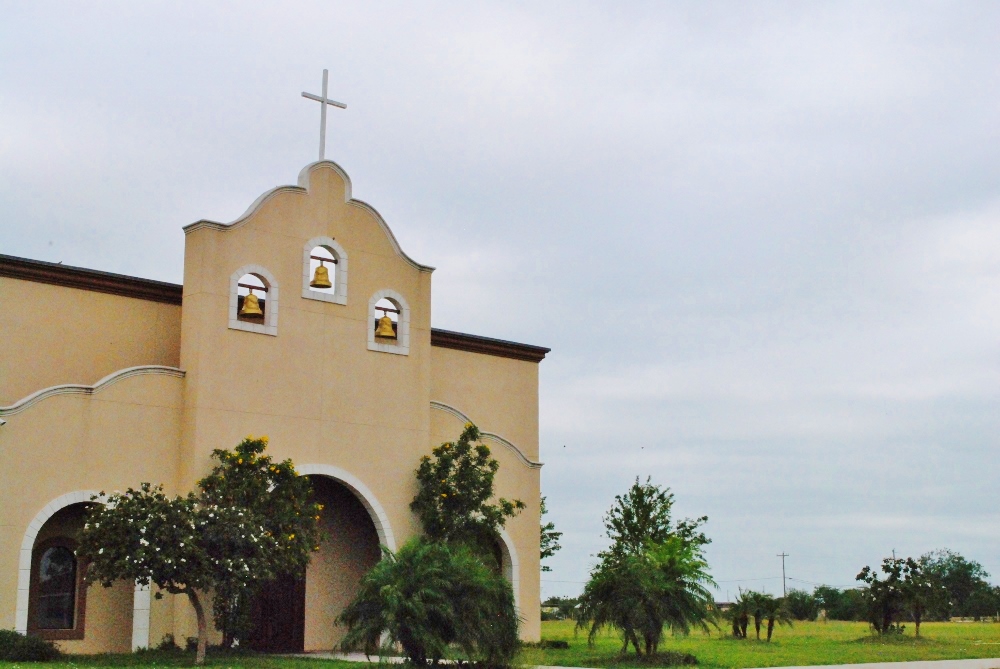