A new Catholic elementary school in the Archdiocese of Baltimore will honor Mother Mary Elizabeth Lange, who founded the Oblate Sisters of Providence, the first religious community of women of African descent, and opened the first Catholic school in the United States for black children.

In April, the archdiocese announced plans for the first new K-8 school in the city in nearly six decades. The school was initially to be named after the late Cardinal William Keeler, former archbishop of Baltimore, but that plan changed after the Pennsylvania grand jury's report detailed what it described as his "criminal inaction" against an abusive priest when he was a bishop of Harrisburg.

In an Aug. 14 statement, Lori said: "As a result of today's painful revelations about the cardinal's failures to protect children while serving as bishop of Harrisburg, it is no longer the plan of the archdiocese to name the proposed new Catholic school in Baltimore after Cardinal Keeler."

The new school's current name will not be the first time a school in the Baltimore Archdiocese has been named after Lange. In 2005, three Baltimore parish schools were consolidated and reopened as Mother Mary Lange Catholic School, but it closed in 2010.

The Vatican is currently reviewing Lange's sainthood cause. In general, canonization requires confirmation of two miracles attributed to her intercession.

Lange was born in 1784 in the Caribbean, immigrated to Baltimore and opened, in her home in East Baltimore, a school for black children that would become St. Frances Academy.

"The Oblate Sisters of Providence considers it a great honor and tribute to have this new city Catholic School named in honor of Mother Mary Lange," said Oblate Sister Rita Michelle Proctor, the order's superior general in a statement. "She herself valued Catholic education as she established the first Catholic school for 'children of color' in 1828, St. Frances Academy, which still exists today."

According to the news release announcing the new school, the final $2 million of a goal of $18.6 million must be raised before construction begins.

Camille Brown, associate superintendent of schools, and Msgr. Richard Bozzelli, pastor of St. Bernardine Parish, led a consultation team about naming the new school. A petition with 359 signatures promoting the name of Lange was forwarded to Lori.

"One can't tell the history of the Catholic school system in this country without mentioning Mother Mary Lange," Lori said. "She was a visionary woman of deep faith and recognized the life-changing role of education in the lives of children, most especially those living on society's margins."

He said he hoped that Lange's name on the new city school "will be a beacon that shines brightly for the children of Baltimore and a reminder to all that every child of God deserves a good education and the hope and opportunity that comes with it." 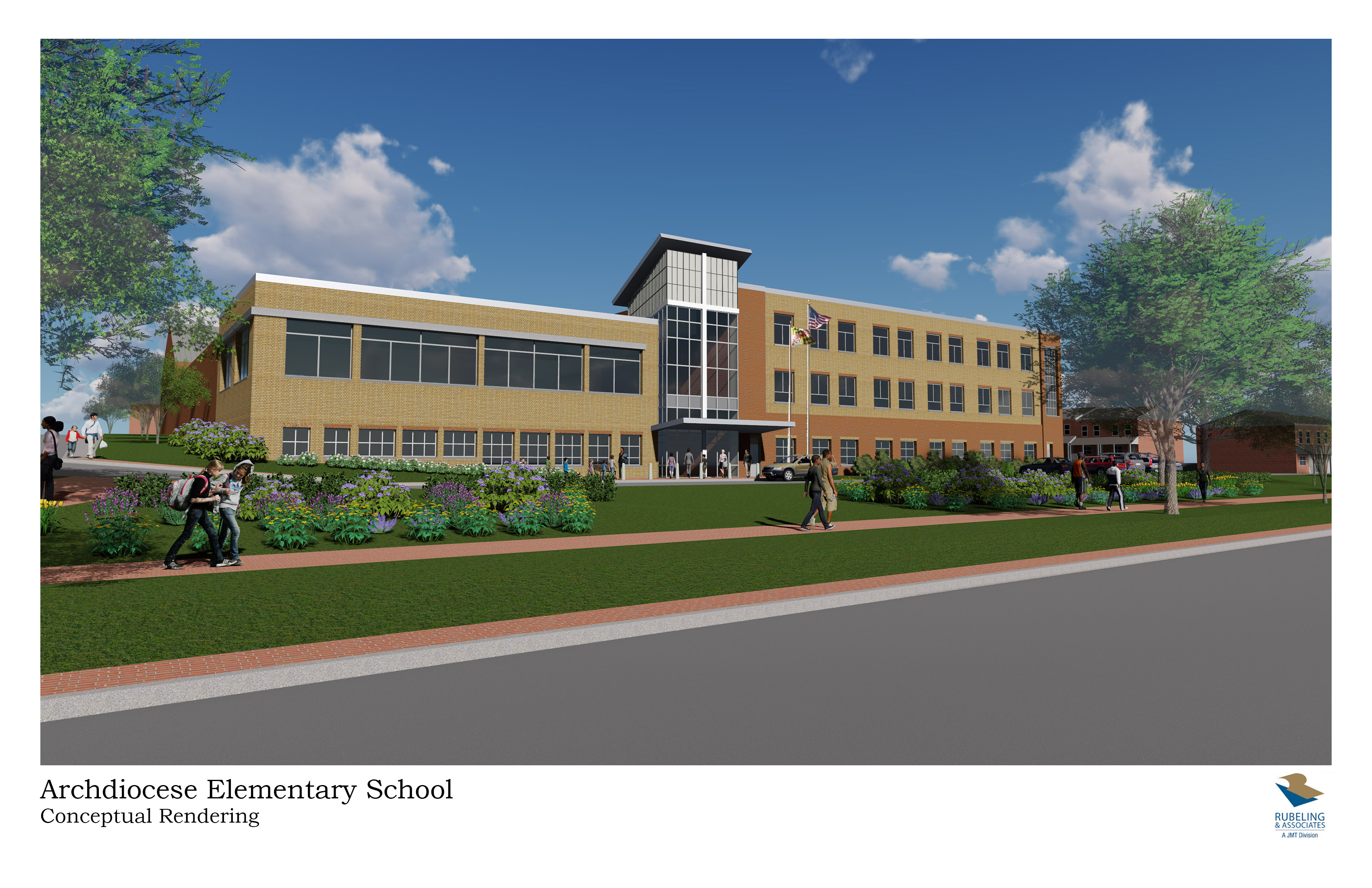