In early February, Sajeena Ahmed took her 7-month-old boy to a Catholic hospital in Thrissur, in the southern Indian state of Kerala, to meet Sr. Merlin Joseph.

The child was born with Down syndrome, a genetic condition causing low muscle tone, small stature and low to moderate cognitive delay.

The Muslim woman's friends and relatives had told her that the Catholic nun was a trained therapist in the Vojta method (pronounced VOY-tuh) and had the skill to treat her baby's physical limitations. After examining the baby, the nun assured Ahmed that her son's challenges could be addressed.

Within weeks Ahmed noticed her baby was on his way to normalcy when his muscles became stronger and movements, such as neck and hand flexibility, improved.

She says that she is pleased because after three months she can see improvements in the baby's condition. She expressed confidence that his motor disabilities will be heavily reduced before he turns 1 year old, though she is aware that his Down syndrome will remain a lifelong challenge for him and the family.

Anjana John, 25, is another mother from Thrissur who meets the sister regularly for treating her baby; he suffers from severe cerebral palsy that impairs motor function. After three months of Vojta therapy, John says her baby is fast improving and is on his way to becoming capable of normal body movements.

Ahmed's and John's children are among more than 3,000 babies the Franciscan Clarist Congregation nun says she has treated for various health problems using the Vojta therapy.

The therapy of reflex locomotion is named after Václav Vojta, a Czech neurologist who developed it in the early 1950s. A therapist administers pressure to nine defined zones of the body when the patient is lying down. Applying pressure to appropriate body points activates major muscles in the body, heightens mental activity and regulates breathing.

The first week of every month, Joseph, 53, comes to the Trichur Archdoicese's Jubilee Mission Medical College and Research Institute to provide Vojta therapy. The rest of the time she can be found in Kanjirappally, 87 miles southeast of Thrissur, where her convent is situated.

When the hospital decided to start using Vojta therapy in 2004, its director invited Joseph to take over the work.

Dr. Sarojam Paraparambil, a pediatrician with 41 years of service at the Jubilee Mission hospital, said that she and other pediatricians at the hospital find Joseph's therapy effective on babies who have developmental delays in neck and hand agility, chewing and speech. When the hospital director came to know about Joseph and her willingness to offer her expertise there, he appointed her as a Vojta therapist.

Paraparambil also says that, whenever babies and young children with developmental problems are brought to pediatricians at Jubilee Mission, they immediately refer them to Joseph, whose therapy Paraparambil calls "very effective." It is a common sight to see parents and their babies waiting to see the sister on the first week of every month.

Joseph says she uses the therapy mainly to treat babies who suffer from motor disability, which means the partial or total loss of function of a body part. This condition could lead to muscle weakness, poor stamina and lack of muscle control or total paralysis.

Children are brought in with speech problems and delays in child development, such as crawling and walking. After undergoing treatment, most start to walk and speak, the sister says.

Successful reduction of the motor problems depends on how early treatment starts and how efficiently the therapy is applied, the nun explains.

She says the parents have a crucial role in the treatment. "Parents need to perform the therapy at home for 5 to 20 minutes at different times of the day," Joseph says. As the therapist, she adds, she trains at least one parent to use the technique, supports families regularly and reviews the treatment.

She says she undertook the therapy because it is economical, requires no equipment and can be done at home.

Joseph underwent theoretical and practical training on Vojta therapy in Germany and Poland and started using it in 1992.

From 1990 to 1996, the International Vojta Society initiated a project in Thiruvananthapuram, the capital city of Kerala. Joseph says it gave her an opportunity to know about the therapy and to sign on with it.

"It is a preventive treatment. It can prevent lifelong handicaps if used at the proper time," she says.

Although the Vojta therapy was introduced in India in a small way in 1965, it has not become as widely known as it is in Chile, Colombia, Germany, Italy, Japan, Korea, Mexico, Norway, Peru, Poland, Romania, Syria, Taiwan and the Czech Republic.

"A far as I know, there are only a handful of professionally trained practicing Vojta therapists in India," she says. Some who had received training no longer practice it. Joseph says this is due to the lack of a profit motive for what is a simple, patient-based treatment that does not require equipment or drug therapy. It, therefore, is not widely promoted, she says.

Joseph is eager to make people in India aware of this therapy and its usefulness to children and adults alike, saying she is available for anyone who wants to know about Vojta or make use of it.

Her congregation gives her full support. Her work does generate income and "all my income goes to my congregation," says the sister, who was born as the eldest of seven children in a farm family in Kerala's Idukki district. As she dreamt of becoming a nun as a child, she joined the Franciscan Clarists immediately after 10th grade. Her younger brother is a priest, and her youngest sister a nun.

The Franciscan Clarist Congregation has 13 provinces in India where the sisters are mainly engaged in evangelization and faith formation, teaching, social work and care of the sick. 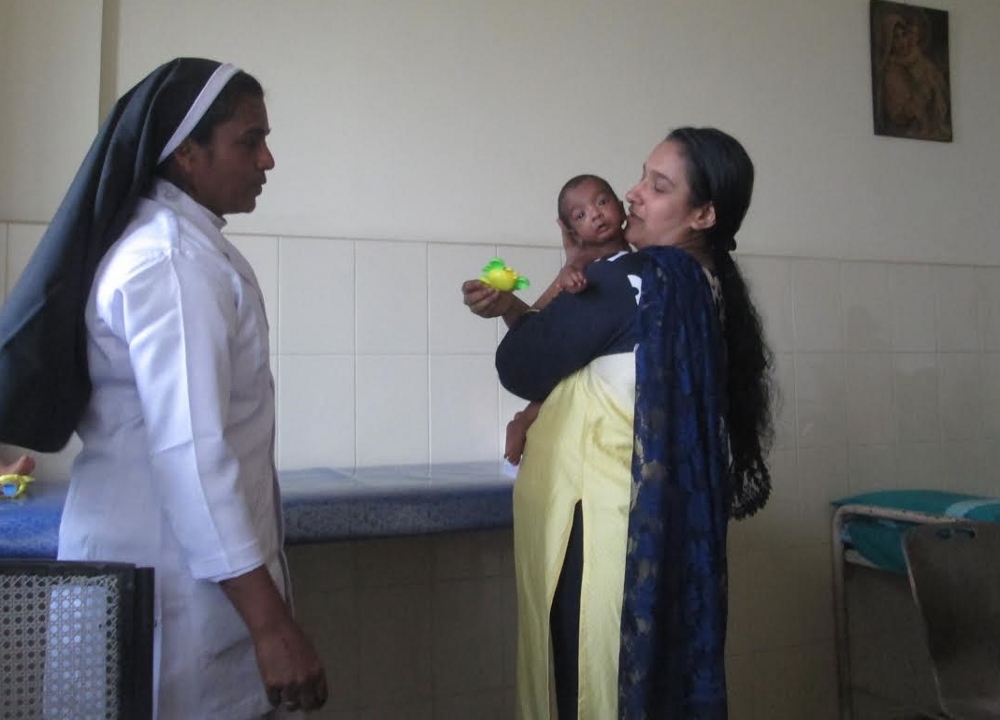 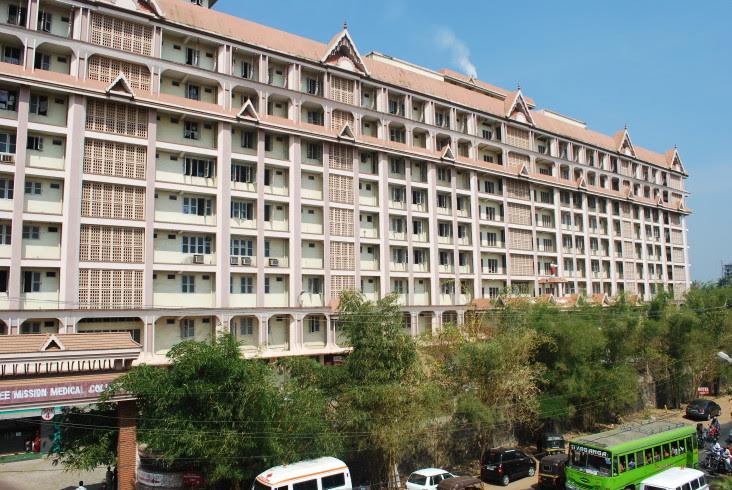 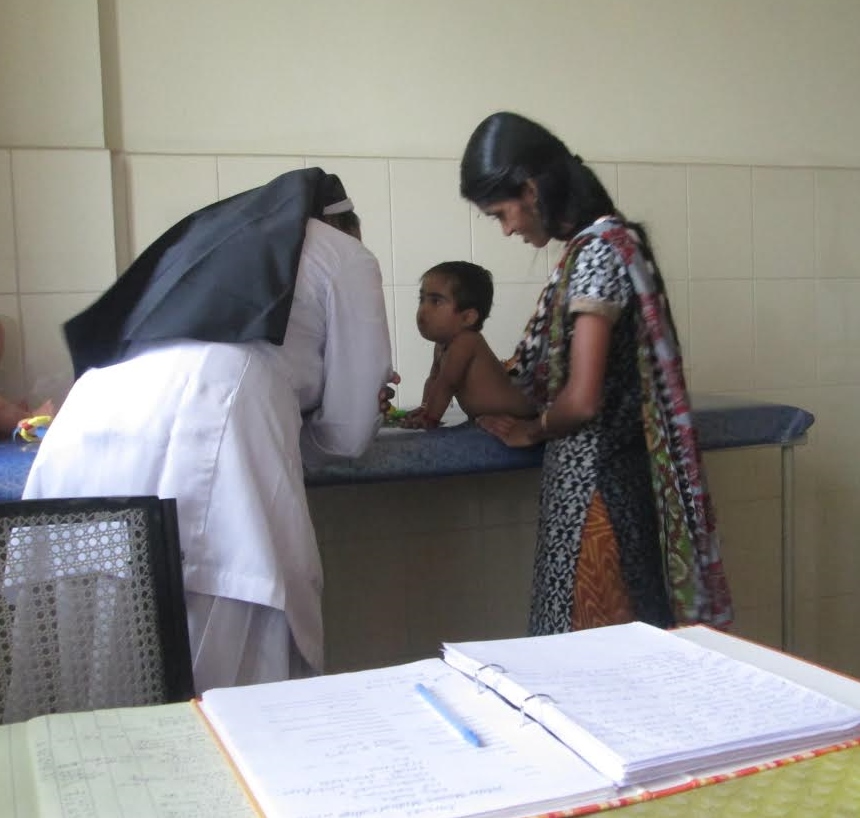 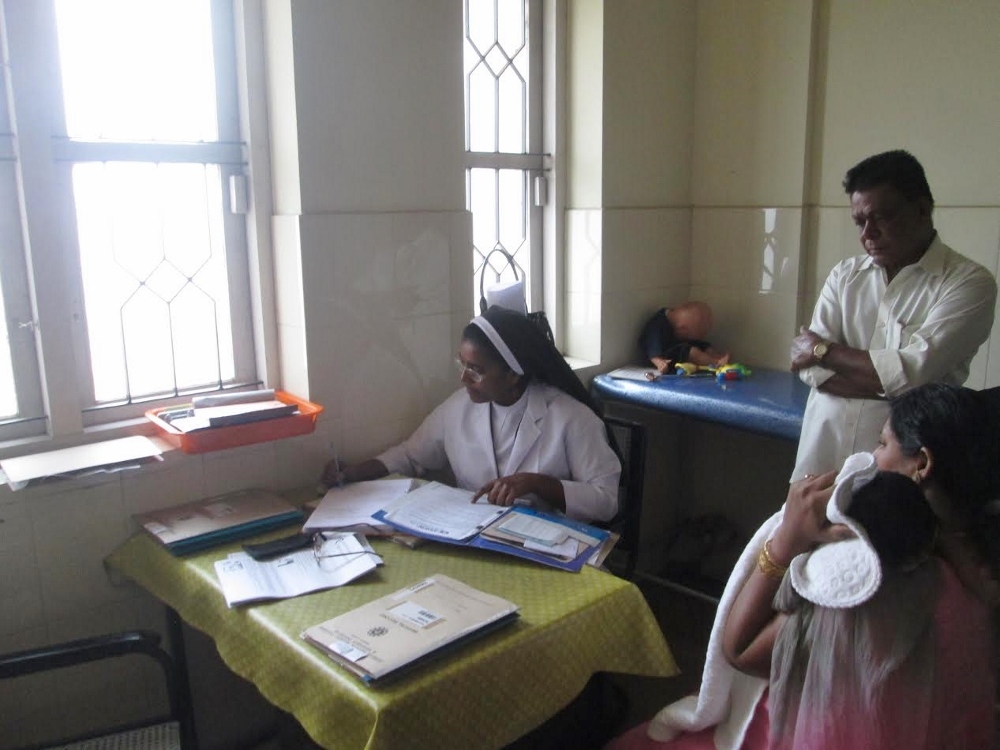