A desperate looking Shobha Suresh walked into a convent in the southern Indian city of Bengaluru, accompanied by a social worker.

The 6-year-old girl in tattered clothes met Sr. Saleena Thottam at the convent of Daughters of Charity of Vincent de Paul, who listened about her life in a family of rag pickers.

"She was looking for food, shelter and security," Thottam recalled of that encounter in March 2017. The nun admitted Suresh in the Louisa Children's Home, a foster home she manages on behalf of her congregation and a partner nongovernmental organization, Dream India Network.

Suresh seemed happy and content as she mingled with children from similar backgrounds who are looked after by Thottam and two other nuns. "I have so many friends now," Suresh told Global Sisters Report during a visit to the foster home in December. "I want to be a teacher," said the girl who is still at the home.

Sr. Lissy Rose, director of the foster homes, told GSR that their network manages 48 foster homes, all managed by 27 different religious congregations in Bengaluru. More than 380 plus destitute girls such as Suresh now live in those homes.

All foster homes are on the convent premises. Most are in the same building or another one adjacent to the convent. The convents with foster homes have sufficient space to accommodate children. Satyaseva Sisters, one of the congregations, built a dormitory in 2017 as an extension of their convent for the children.

A foster home is a residential institution providing care and guardianship for children whose parents are dead or unable to look after them.

According to YaleGlobal, "Children under age 18 account for one-third of India's population," which it listed as 1.34 billion in August 2017. Hindustan Times reported in 2016 that "Out of 74 million children, in the group of 3-6 years in India, around 20 million did not attend pre-school."

Thottam, 44, and her colleagues help Suresh and the other 15 girls in their care to experience security and a supportive atmosphere.

Most children are from families of rag pickers. They are brought to the homes by volunteer groups, social workers and government agencies working for child welfare. The nuns also spot them in the slums and streets of Bengaluru, known as India's Silicon Valley.

"Our main aim is to give shape to the dreams of children who are victims of abuse, neglect or abandoned by parents or guardians," Thottam told GSR.

The idea of setting up foster homes at the convents of different congregations was initiated by Salesian Fr. Edward Thomas, a child advocate and founder-director of Dream India Network, which he launched in 2012 along with some professional social workers.

Children are received in the foster homes when they are age 4 and older, and, as of now, live in those homes until age 14, Daughters of Wisdom Sr. Jayashree Boyatatai, Dream India Network team coordinator, told GSR. There hasn't been a decision on what will happen once the children reach that age, sisters interviewed said, indicating they feel they have ample time to make a decision.

Thomas earlier campaigned for child rights and worked in Salesian-initiated programs for children, especially those found on the streets or railways stations. The Salesian network picks them up at railway stations when they arrive in Bengaluru from villages and take them to a rehabilitation center. Currently, he is also the director of Missing Child Bureau in Karnataka.

Besides Thomas, the not-for-profit Dream India Network is managed by its executive officer Mathew Puthenpurackal and nine sisters selected from a few of the congregations.

The nuns serve as surrogate parents of the children and look after their character formation, health, well-being and education, besides providing food and shelter, said Rose, who belongs to the congregation of the Salesians of Mary Immaculate, also known as the Catechist Sisters of Mary Immaculate, Help of Christians.

The homes aim to rebuild children's self-confidence and self-esteem, and promote social skills. The girls in the foster homes mostly attend government schools; the sisters also ensure the children get at least one additional activity in the schools, she said.

Thomas told GSR that the foster homes try to recreate a family-like and safe environment for children at risk. "For them to blossom, we have created small homes of eight children where all their needs are taken care of," the Salesian priest said.

The children are from "very poor families of prisoners, prostitutes, rag pickers, migrants, and construction workers," he said. They usually do not attend school but spend time in the street. "They are also exposed to all kind of dangers and evil," the priest explained.

Rose said the nuns manage the homes well mainly because of the support from their provincials and superiors.

The first foster home, Anugraha ("blessing") was opened in 2015. "We plan to make as many foster homes as possible," Rose said.

Nuns working for the project regularly share their experience, Rose said. Twice a year, they get together to share insights and ideas for efficiently running the homes.

Rose shared with GSR her experience with two young girls.

In February 2017, she and Franciscan Missionaries of Mary Sr. Irene Sabu were on a field trip and saw two young girls, Lakshmi and Sowmya, at a garbage dump on the outskirts of Bengaluru.

The girls had skin rashes and dirt all over their bodies, and flies swarmed around them. "It was an appalling sight for us," Rose recalled. The nuns talked to the girls, who were just 6, and were shocked to learn they had never gone to school, but spent their time at the garbage dump.

The girls showed the sisters their tiny huts thatched with pieces of plastic sheets. The girls lived with their mothers as their fathers were in prison, serving life sentences for murder.

The two nuns decided to take the girls to a foster home. But their mothers refused. "After a lot of persuasion, we managed to convince the mothers," Rose says.

The nuns took a public transport bus, had the girls sit on their laps and reached the Little Buds Providence Home, a foster home run by the Franciscan Missionaries of Mary.

At the home, Lakshmi and Sowmya made drastic changes in their personalities. They now look clean and healthy. They attend schools that use English as the medium of instruction. Now, they now speak English and do well in their studies, Rose says.

The girls' mothers visit them. "My daughter is so privileged," Muniyamma, mother of one of the girls, told GSR. The 26-year-old woman spoke in Kannada, the local language. "I look forward to seeing them settle well and look after us in our old age," she added.

Sr. Shobha Rani, a social worker, said the foster homes do a "fantastic job in building a great future" for children of poor backgrounds. The member of the Society of Jesus, Mary and Joseph hails the work of nuns associated with the homes as "an inspiration" for others to emulate.

Prabhu Thavamani, a business executive who serves as a volunteer in Dream Indian Network, commended the nuns' dedication and commitment in managing the foster homes. "Their personal interest, love and care of the children will put many ordinary parents to shame," he said.

Running foster homes is not without challenges. Some parents or guardians take the children home during school holidays and bring them back in a "bad mental and physical condition," Rose said. Then the sisters are forced to help the children adjust back to living in the foster home, she said.

Another major concern, according to Rose is the health condition of children, especially in the first year of their stay at the foster homes. "Much of the sisters' time is devoted to taking children to hospitals," she says.

Rose also shared how some children found it tough to shake off their old habits. The nun found a girl not interested in studies or going to school. "She became restless when she was shown a school bag. Instead, she often asked the sisters for a sack. She found great pleasure in going around the convent premises and collecting plastic bottles and other plastic rubbish. Sisters had a hard time to change her old habit and make her a normal child."

Thottam narrated an incident about Suresh. The nun found the girl disobedient, rude, foulmouthed and mischievous. She picked fights with other girls. "I didn't know what to do with her. So, I prayed and got strength not to give up on the little girl."

She began to pay Suresh extra attention, advised and counseled her, taught her good values, and sent her to an elementary English language school.

After 10 months, Suresh was transformed into a gracious and well-mannered child who did well in studies. "I could not believe my eyes when I saw her marks card. She had A plus in all subjects," said Thottam.

"Changing Shobha [Suresh] into a well behaved and polished little girl was one of the greatest achievements of my life," Thottam remarked. "I'm glad and thankful to God for enabling me to play a part in changing her life." 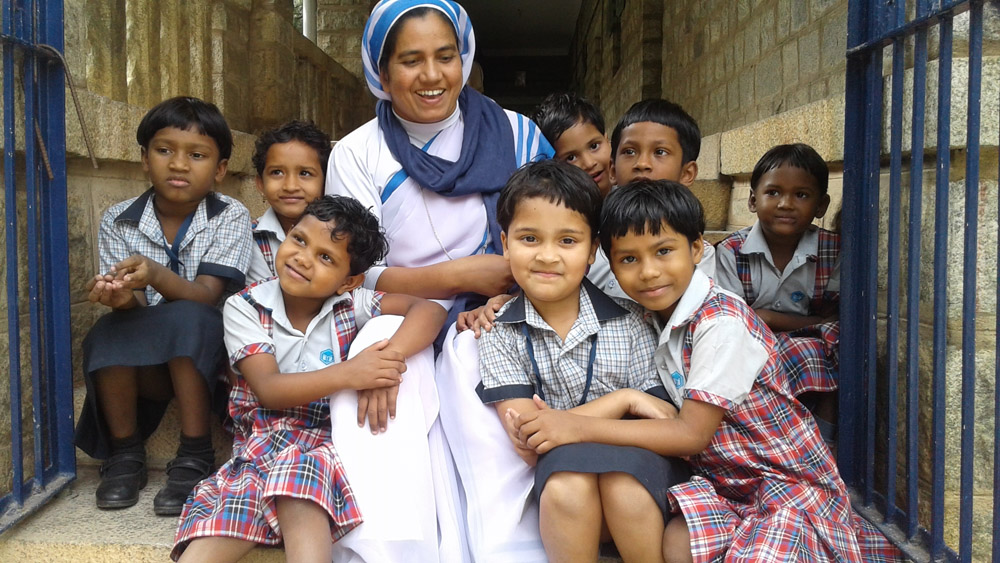 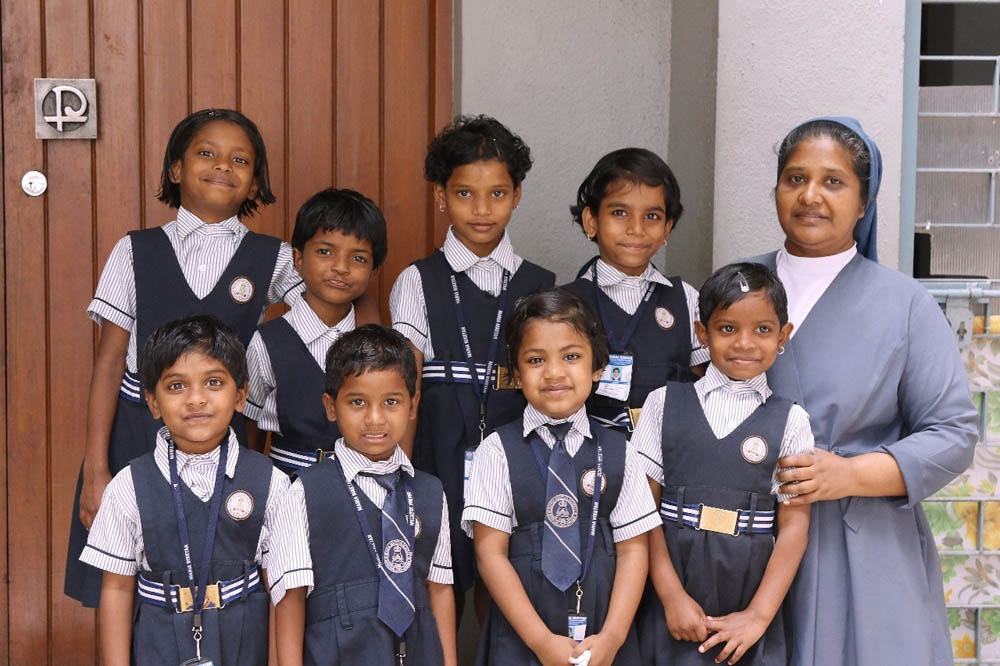 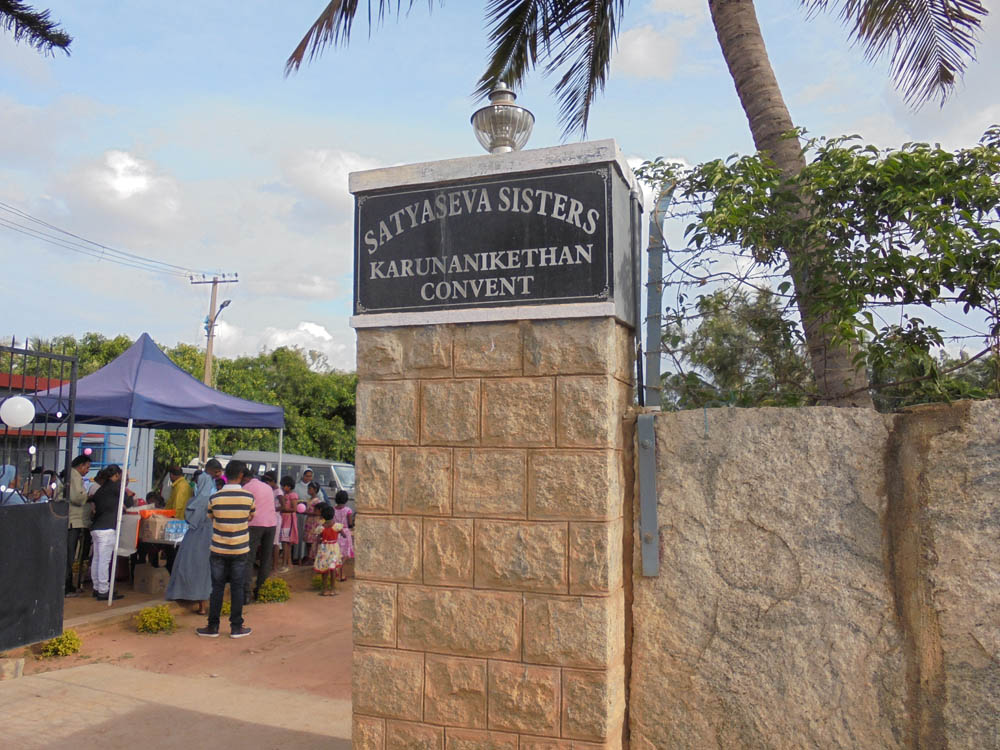 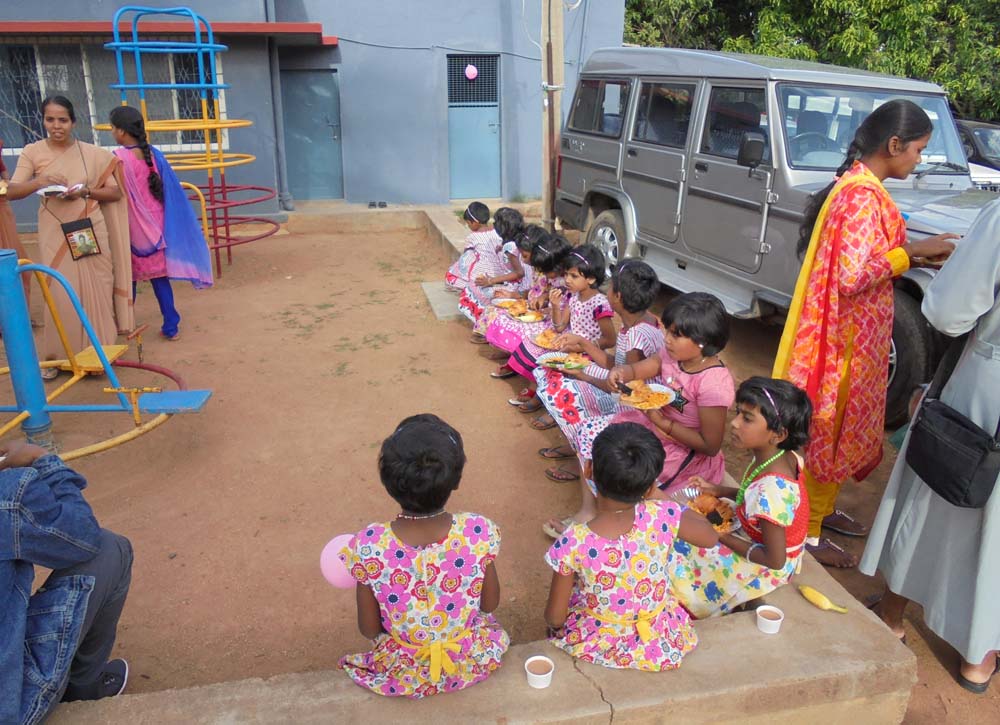 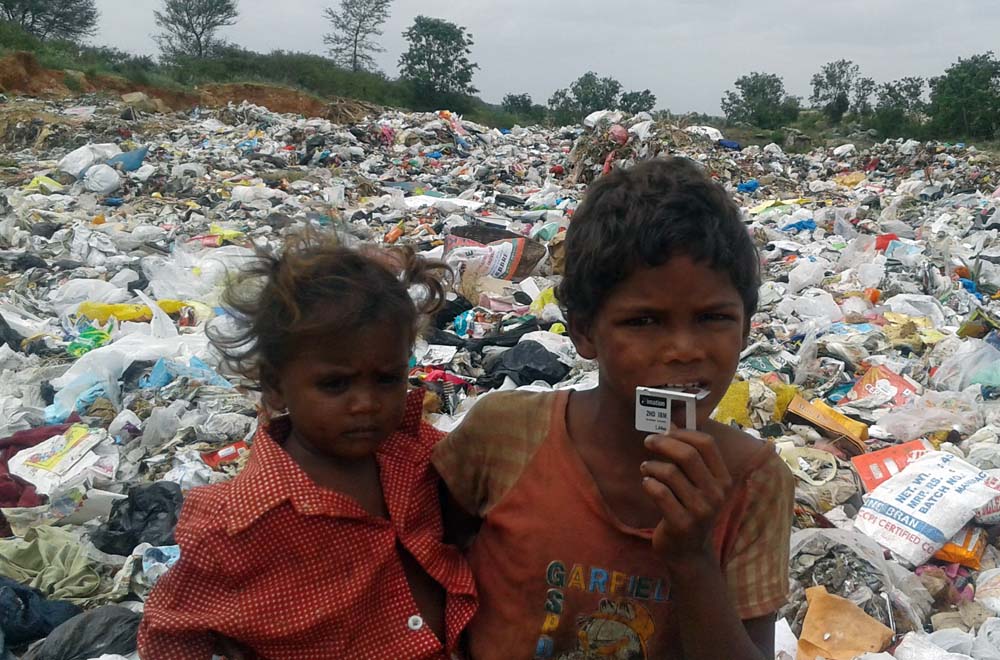 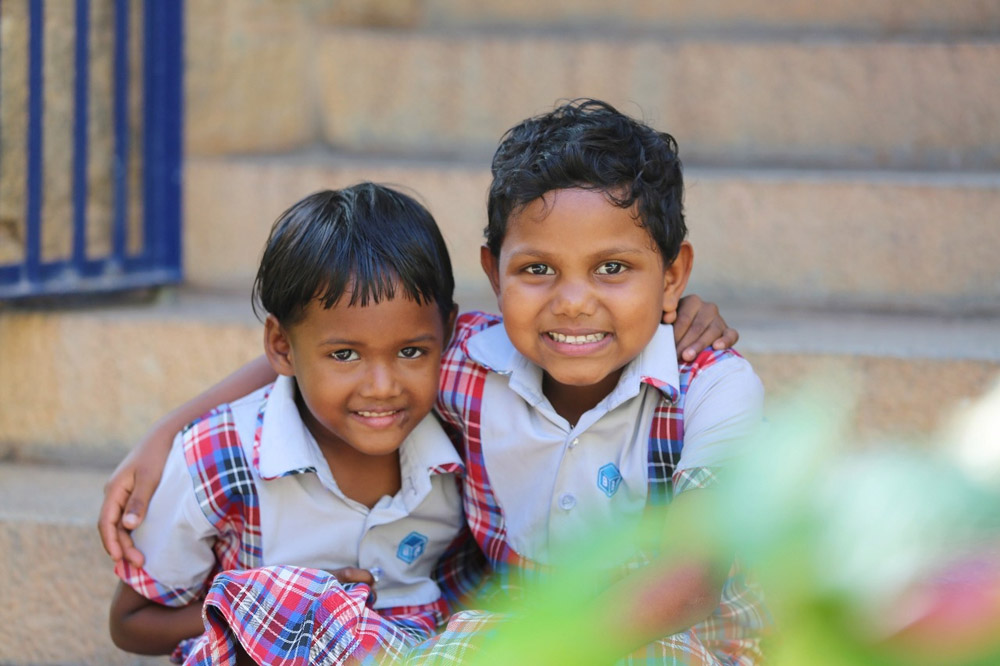 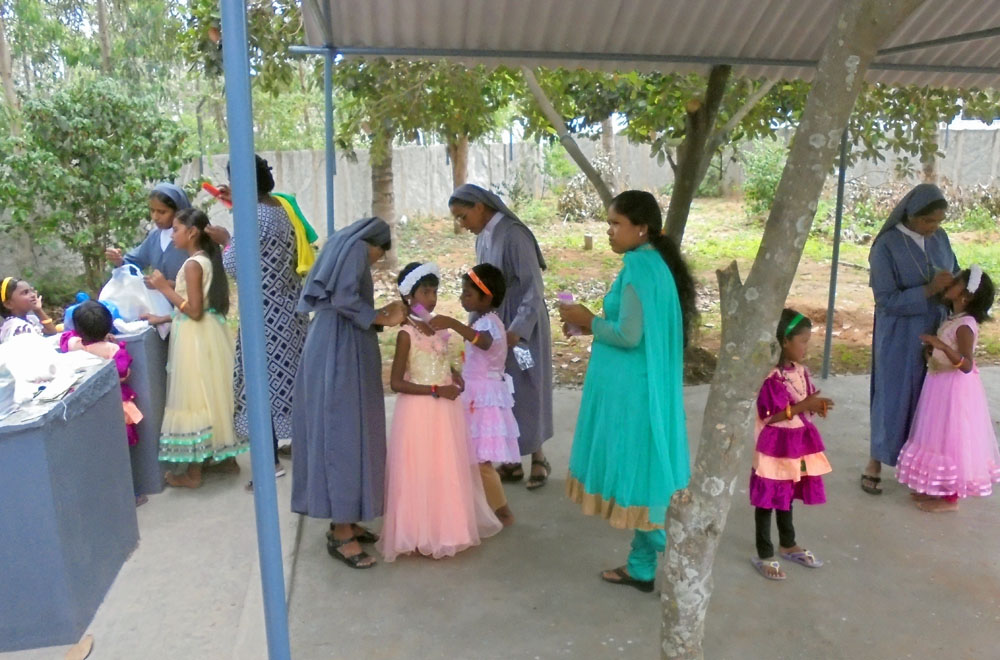