Many curious pilgrims stopped to look at various traditional and herbal medicines displayed on stands at the Our Lady of La Vang National Shrine in Quang Tri province, central Vietnam. Over a hundred thousands of Marian devotees celebrated the Solemnity feast of the Assumption of Our Lady in mid-August at the 216-year-old shrine, and the Missionaries of Charity Sisters took advantage of the occasion as a perfect opportunity to sell their products.

“We sold out a great number of traditional medicines, costing only 5,000-20,000 dong each (U.S. $0.23-0.95),” Sr. Mary Nguyen Thi Huong said happily. “An estimated 5,000 people bought our products.” The sisters also sold Catholic items such as Marian statues and rosaries and souvenirs like paper fans, conical palm-leaf hats and handkerchiefs.

Outside of large-crowd events like the feast day, the nuns take medicines to rural areas by motorbike most days and sell them to villagers in the provinces of Nghe An, Quang Binh and Quang Tri.

“Traditional medicines and Catholic items have become our community’s major sources of livelihood since last April, when our 10,000 square meter [6-square-mile] farmland was taken by the government for an economic zone,” said the nun, whose 25-member community based in Ky Anh district, Ha Tinh province. The government moved local people from the district’s nine communes to new residences and has been building the economic zone on their land.

She said that in the past the nuns’ main means of livelihood was collecting stone pieces from the sea to make jewelry, cultivating rice, sugar and herbs and raised poultry and cattle on their farm. The government bans local people from diving for sea stones.

She said her community has to receive medicines from other communities to sell now. They supplement this income by making souvenir items by hand.

The 47-year-old nun said government authorities acted unfairly by compensating local people only 1-1.5 million dong per square meter of land they took, when the market price was set at 3 million dong.

She said the government had only paid the nuns part of their compensation; the rest was promised to come before December.

The nuns plan to buy new land and build their houses in existing residential areas to be near other people. “Our congregation’s mission is to live and do manual work among poor workers, to serve them.”

They embarked on the traditional medicine trade more than a dozen years ago, since herbal medicines are widely used in Vietnam and do not cost much. “And it is important that we can reach out to people in need through our work,” she added.

Sr. Huong said an unwed pregnant woman once came to ask for medicine to abort her pregnancy, but Huong took the woman to her convent and offered her accommodation until giving birth. The woman changed her mind and now supports her child.

“By the sweat of our brows, we have earnings not only to cover our daily needs but also to send money to the motherhouse to help support about 1,700 orphans, people with physical disabilities, mentally-ill patients, lepers, elderly people without relatives, unwed pregnant women and homeless people,” Sr. Anna Trinh Thi Thu Nguyet, who is in charge of souvenir items, said.

Peter Ngo Hoang An from Loc Thuy parish, who was cured of his liver-related diseases by nuns’ herbal medicines, said they gave his children scholarships to finish high school. One of his children has recently entered college on the nuns’ scholarship.

The Missionaries of Charity Congregation, founded in 1980 and based in northern Vietnam’s Nghe An province, has 600 members. 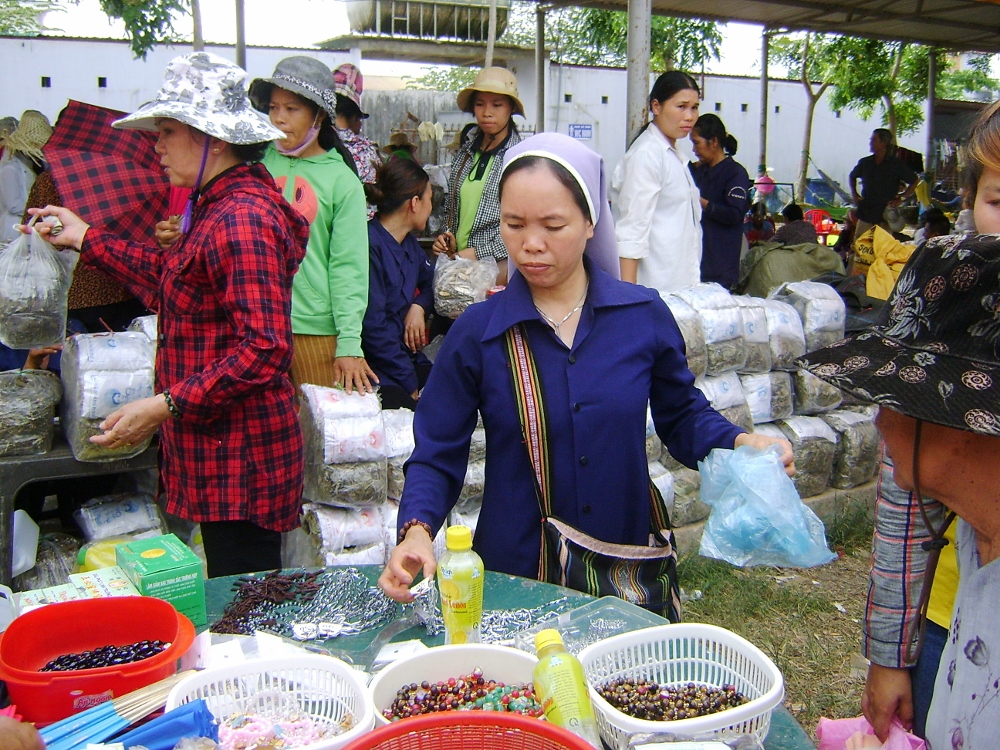 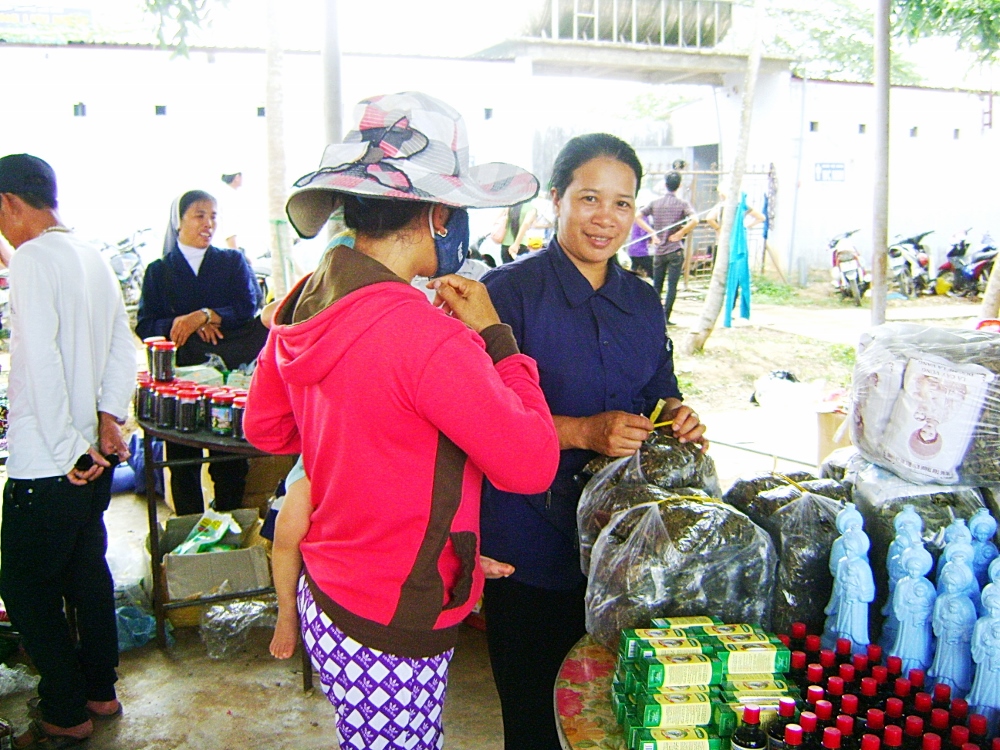