• Q & A with Sr. Elenita Belardo on coordinating missionary efforts in the rural Philippines 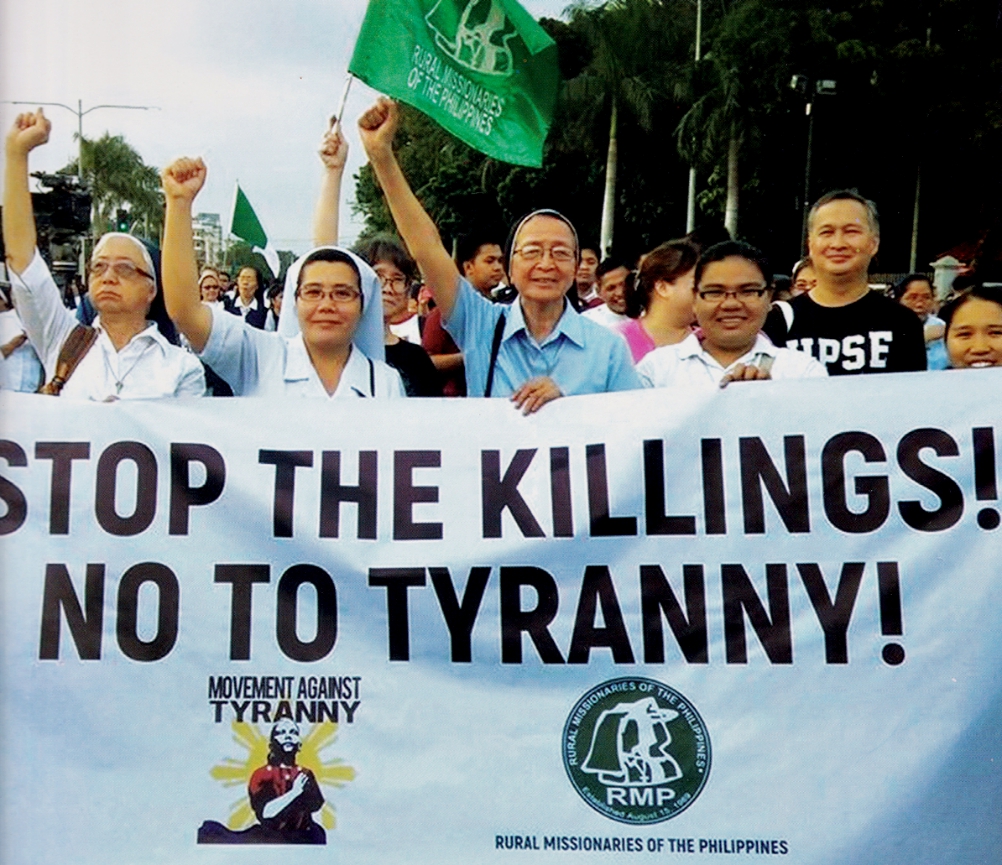 After close to 50 years of working among people who live in poverty in rural areas and doing mission work under the radar, members of the Rural Missionaries of the Philippines, an organization of women and men religious, priests from various congregations, and lay workers, now find themselves under government scrutiny, suspected of aiding communist rebels.

Formed in 1969, the Rural Missionaries of the Philippines is one of the many mission partners of the Association of Major Religious Superiors in the Philippines.

In February, Rural Missionaries of the Philippines workers were surprised to find themselves tagged as a "communist front" in a complaint filed with the United Nations by Vicente Agdamag, deputy director general of the Philippines' National Security Council.

But the "communist front" accusation is not the only one. In a Feb. 26 statement, Rural Missionaries of the Philippines national coordinator Sr. Elenita Belardo of the Religious of the Good Shepherd said, "The report, which was submitted to the Office of the U.N. High Commissioner for Human Rights in Geneva on Feb. 21, alleged that we are trafficking tribal children."

The accusation could have stemmed from the mass evacuation of lumad (tribal groups or belonging to indigenous communities) families, children among them, from areas of conflict between government forces and communist insurgents, beginning in 2018. Many lumad schools remained closed.

Rural Missionaries of the Philippines workers helped evacuate schoolchildren from lumad schools in Mindanao threatened with military attack. The military suspects that advocacy groups set up these schools as "breeding grounds" for rebels.

About 70 students of lumad schools have been evacuated to metro Manila and placed in religious houses and universities, the state-owned University of the Philippines and the Dominican-run University of Santo Tomas among them.

On March 29, these student evacuees from Mindanao were honored in the Lumad Bakwit School Moving Up ceremonies at the University of the Philippines to signify their promotion to the next year. Lumad students and the teachers who came with them honored individuals and groups, the Rural Missionaries of the Philippines among them, with tokens of appreciation for their support.

Plans to bring back the lumad students and teachers to their villages are underway.

Belardo called the military's accusation "a desperate move to vilify us."

The Rural Missionaries of the Philippines, she said, has been "effective in raising people's awareness on the plight and demands of our farmers, fisher folk, and indigenous peoples and in exposing the grave abuses of human rights in the country."

She described the complaint as "cowardice."

The filing of the report is alarming, Belardo said, "as it can be used as justification to go after rural missionaries, priests, sisters and lay workers, and so we urge our fellow Christians to condemn these preposterous accusations and echo the call to end the attack against rural poor and peace advocates."

President Rodrigo Duterte, in one of his numerous tirades against the Catholic Church, has spoken about killing bishops. In the first two and a half years of the Duterte presidency, three priests have been killed. A priest arrested recently while in the company of a peace negotiator at the botched peace talks between the government and the communists has been released.

Last year, Our Lady of Sion Sr. Patricia Fox, an Australian missionary in the Philippines for almost 20 years and, at one time, national coordinator of the Rural Missionaries of the Philippines, was denied renewal of her missionary visa. Appeals with the Department of Justice and rallies on her behalf were unsuccessful, and she was deported in November. The Duterte government considered Fox an "undesirable alien" because she was seen participating in a rally for workers.

The Rural Missionaries of the Philippines said it is being targeted "because we are vocal against martial law in Mindanao that has resulted in widespread displacement of rural communities, extrajudicial killings, and other forms of harassments ... to sow fear and terror among us." 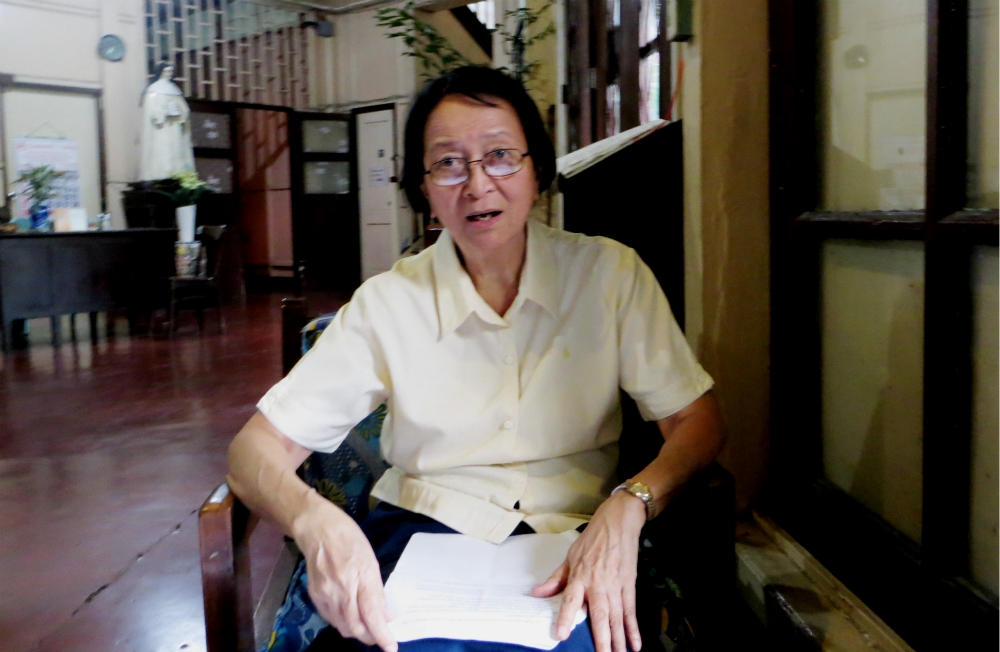 The southern island of Mindanao is composed of 25 provinces, some of which are part of the Autonomous Region in Muslim Mindanao. Mindanao is home to many lumad communities.

Duterte placed the whole of Mindanao under martial law and suspended the privilege of the writ of habeas corpus in May 2017 at the beginning of the siege of Marawi City by local groups connected to the Islamic State that lasted five months.

Mindanao continues to be under martial law despite calls to end it, and Marawi City, a largely Muslim-populated city, is "still a ghost town," according to an editorial in the Philippine Daily Inquirer: The government will not allow residents and business owners to return to the city, citing unexploded devices and booby traps laid by rebel forces.

The Rural Missionaries of the Philippines also recently found itself in the list of nongovernmental organizations and advocacy groups the government wants blocked from European Union funding because they were allegedly funneling money to the New People's Army, the armed wing of the Communist Party of the Philippines.

Sr. Emma Cupin of the Missionary Sisters of Mary, coordinator of the Rural Missionaries of the Philippines' Northern Mindanao Region, told Global Sisters Report that her office is preparing a report on how EU funding has been spent, to show that none of it went to communist rebels.

"We welcome the audit," she said.

Belardo said the Northern Mindanao Region branch is the only Rural Missionaries of the Philippines chapter that receives EU funding. 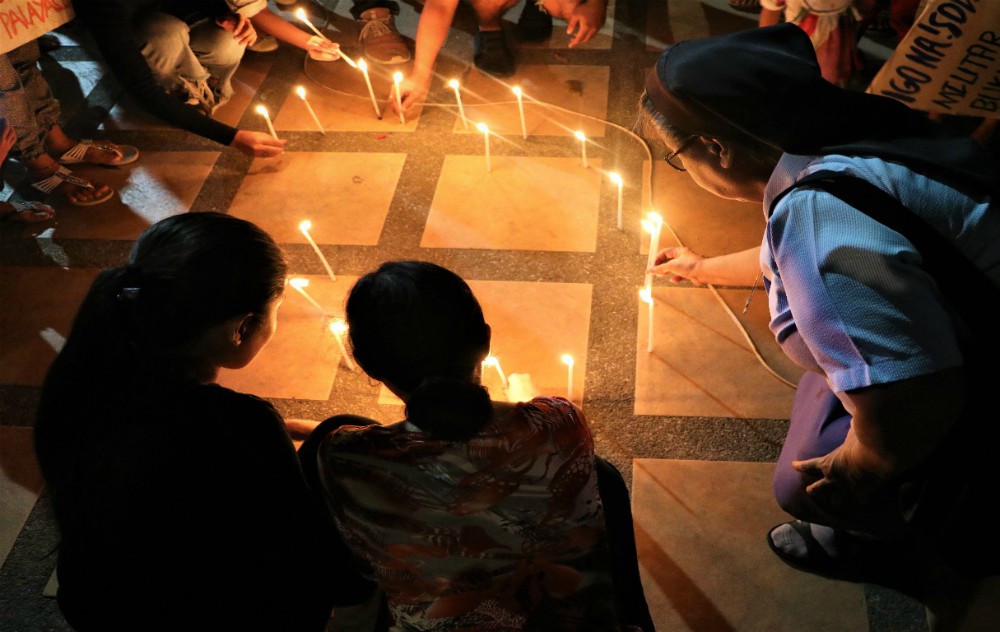 Sr. Emma Cupin of the Missionary Sisters of Mary joins an action in solidarity with Lumad evacuees in Misamis Oriental province, the Philippines. (Courtesy of RMP-NMR)

In an April 8 statement, Cupin said Maj. Gen. Antonio Parlade of the Armed Forces of the Philippines has been trying to "peddle lies against our organization and other human rights advocates."

"Speaking at the Milipol Asia-Pacific 2019 Conference in Singapore in April, Parlade claims success in the European Union's statement to audit the funds they have donated to non-government organizations," Cupin's statement said.

The Association of Major Religious Superiors in the Philippines, which represents 327 religious congregations, has "strongly condemn[ed] the continuous barrage of malicious allegations" against the Rural Missionaries of the Philippines. The association said red-tagging, accusations that the group is communist-influenced, is "inimical to democracy" and "in its most extreme ... can lead to warrantless arrest, detention without charges, torture, enforced disappearances and extra-judicial killings."

Fifty years of missionary work speaks for the integrity of the Rural Missionaries of the Philippines. Moreover, fifty years of continued presence in the most forgotten places in the Philippines, to accompany the marginalized and poorest farmers and indigenous peoples, is by itself a testimony of the fervent commitment of the religious and the Catholic Church to be living witnesses to the good news of just peace and equity.

Q & A with Sr. Yexci Moreno, watching out for 'my children' during economic crisis

The view from Cook Islands in the South Pacific, so far COVID-free