In this remote village of eastern Kenya, a Catholic church teems with the youthful exuberance of young girls from pastoralist families who are hoping to become nuns. They sing songs of worship and pray the Liturgy of the Hours.

"I'm always dreaming about becoming a Catholic nun," said 17-year-old Lorna Karwitha from Lodosoit, a village in northern Kenya. "I want to serve vulnerable people the rest of my life. I pray to God to give me strength so that I can avoid negative influence."

Karwitha is among the more than 200 semi-nomadic girls from the ethnic Samburu and Meru communities in northern Kenya who are being inspired by Sr. Teena Menomparampil, a member of the Franciscan Clarist Congregation, to become nuns.

[In 2017, GSR featured Roseline Lenguris, the first and only Catholic sister in the Samburu community at the time, as she returned to visit her village 13 years after joining the Sisters of Mary Immaculate.]

Growing up in India, Menomparampil has rescued hundreds of young village girls from the cultural realities of early marriage, female genital mutilation, child trafficking and child labor that plague so many countries in Sub-Saharan Africa. These girls are taken to Saint Francis Children's Home in Meru where they receive care and education. The sister began this mission 13 years ago and the first girls she rescued are sitting for their high school national exams this year. They will now be able to join a sisterhood after high school.

Karwitha's parents died when she was in Grade 3. She was forced by her stepfather to drop out of school and take care of the homestead and livestock as everyone else in the family left to attend to their day's work. She had to trek for 30 miles from her home to escape what is known as "the cut," or female circumcision, and early marriage arranged by her relatives, she said.

"I have been through the most painful experience of my life," she sobbed. "I want to become a nun to help needy people. I don't want other orphans or nomadic girls from my region to suffer like me."

Menomparampil is inspiring nomadic girls from northern Kenya to join religious life in a society where few young women have opted to do so in the past. It's also hard to find a Catholic church here, in a culture that practices traditional African religion and is in regular search of the best grazing for their livestock.

"I have inspired very many young pastoralist girls to become sisters," she said. "I always tell them about the life of sisterhood and many have liked it. I will continue to guide them until they achieve their dreams of becoming nuns."

For decades, the nomadic people in the East African country have made their living by rearing cattle, sheep, camel and goats. Severe and unpredictable droughts have forced them to travel farther and more frequently to find water and grass for their animals.

As a result, boys are brought up to herd cattle, and girls are expected to add to the family's wealth by marrying and gaining dowries. Men need livestock to pay a dowry to the family of the bride when they get married.

Menomparampil has battled the predominance of early marriages and guided young girls into a deeper relationship with Jesus Christ. She wants to see an end to child marriages and FGM so that the region can be able to realize the UN's Sustainable Development Goal of gender equality by 2030.

"We have to achieve these goals by 2030 by resisting early marriages and cultural beliefs," she said. "These young girls have a right to education like any other child elsewhere. They also need to join religious life and serve their communities."

In order to help the girls realize their dreams of becoming nuns, Menomparampil offers education, counseling and spiritual formation. She also guides them to a totally religious life by calling for chastity, poverty and obedience. She does this work on her own, but is not involved in training the girls for future vocations.

"I have to ensure these girls get an education as most religious communities require certificates," said Menomparampil, who is also a teacher at St. Clare Girls Secondary School in Nchiru. "I give them opportunities to speak with nuns, visit convents, attend retreats and pray so that God gives them guidance to decide if they want to join the sisterhood."

Ann Nkatha, 18, who is now in Grade 12, said she was motivated by Menomparampil to join the sisterhood after she completes her education. The sister rescued her from an early marriage where her parents had received a dowry from an old man without her consent.

"I have been encouraged by Sr. Teena to join the sisterhood," she said. "She has told me good things about sisterhood. I'm motivated in the way she helps poor and vulnerable people."

Nkatha said she watches videos about the sisters' work and visits convents to meet sisters when she has free time so that she is encouraged in her journey toward sisterhood.

"I want to be among the first girls from this region to become a nun. I don't want to get married. I want to serve," she said.

However, Menomparampil has faced financial challenges to educate every child she has rescued from various villages in northern Kenya. She has also received backlash from the communities for fighting culturally sanctioned female genital mutilation and early marriages.

"I have rescued many children from poor families who want to continue with their studies, but they don't have money to pay fees," she said. "I feel so sad when I can't help them. I talk to friends in India to assist these children. They send me money to pay fees for these children which is always not enough. Others don't go to school." Menomparampil is from Kerala state on the southwestern Malabar Coast of India.

Meanwhile, Karwitha and other pastoralist children are determined to achieve their dreams despite the many challenges they face. They have vowed to support one another with prayer and encouragement.

"It's the decision we have made as girls from pastoralist communities," said Karwitha, who also desires to be a musician. "We pray to God to give us strength to emulate the life of Sister Teena. We want to continue praying for each other so that we all become nuns when we finish our education." 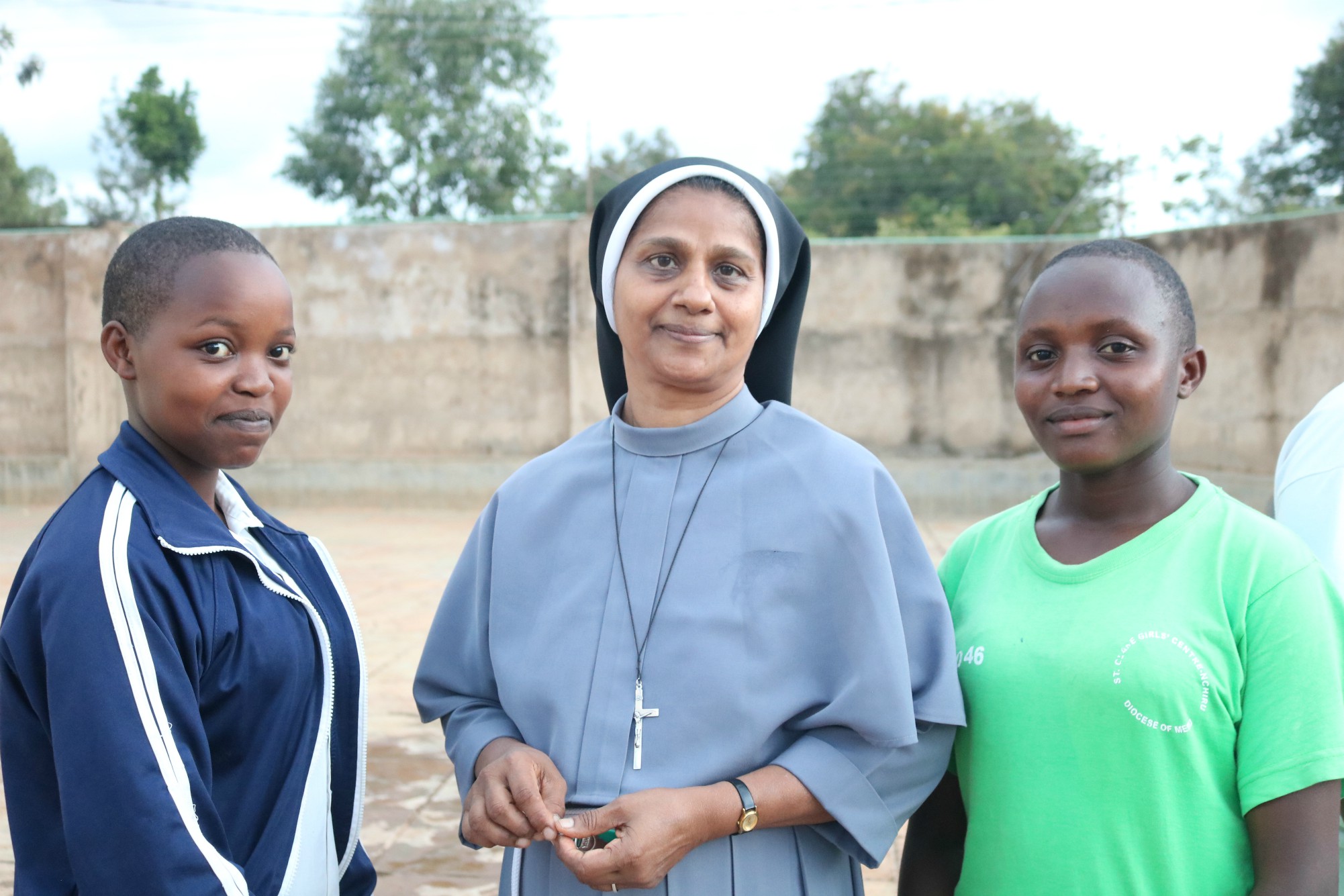 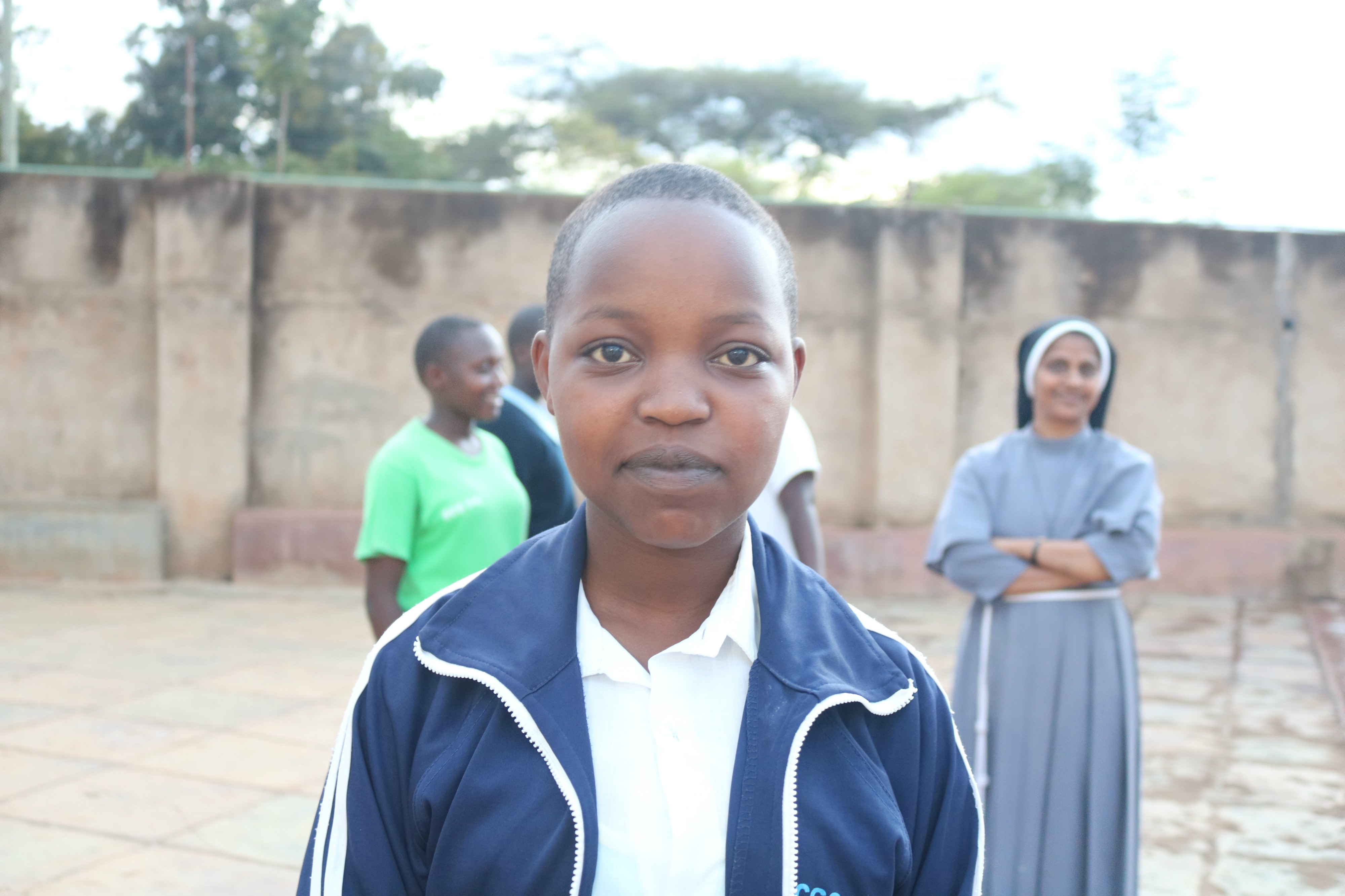 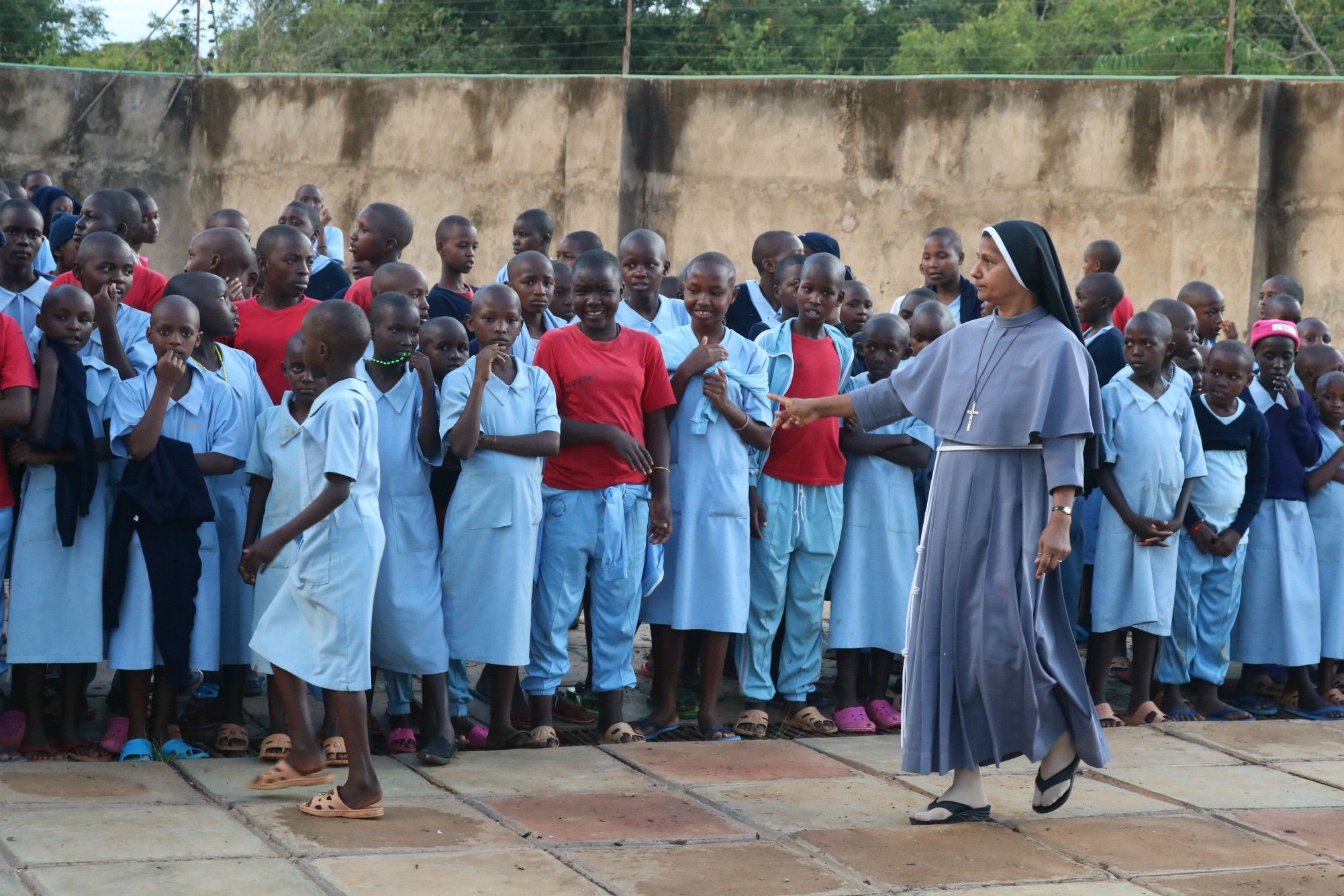