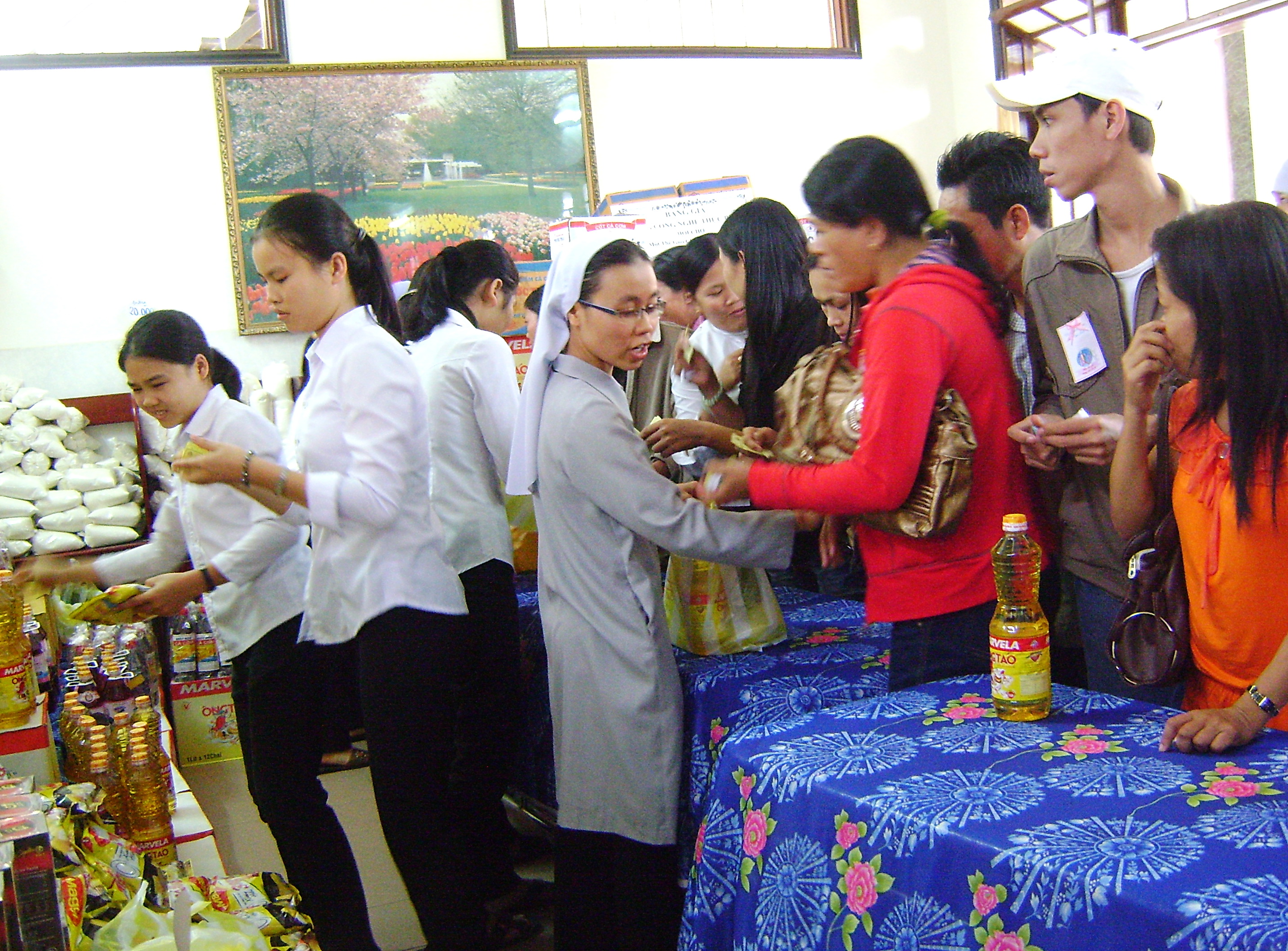 Hue, Vietnam — Five years ago, a physically strong man we’ll call Cao Van Vuong accompanied his neighbors to Champasak Province in neighboring Laos to cut wood for a living. Every three months he proudly sent 6 million dong (U.S. $285) back to his home to support his mother and five siblings.

Vuong loved a Laotian girl who sold beer, fruits and cigarettes for a living; they planned to get married.

But after feeling exhausted for months, he decided to return to Vietnam to have medical checkups at hospitals there. He was tested positive for HIV in late 2013.

“I did not know what HIV was and how I got infected with it,” said the 32-year-old, who had attempted suicide. “I was bitterly disappointed.”

Later he found that he was infected with HIV through his girlfriend, who died last year.

“I am grateful to Catholic nuns and volunteers who have consoled and looked after me at the hospital,” he said sitting in bed at his house. His 61-year-old mother takes care of him daily and feeds him.

Vuong lives in Thua Thien Hue Province’s Loc Bon Commune, which recorded that 4,000 of its citizens worked in Laos in 2014. Since 2004, at least 12 migrant workers from Loc Bon have died from HIV/AIDS, excluding those who died in Laos, and 27 have been infected. 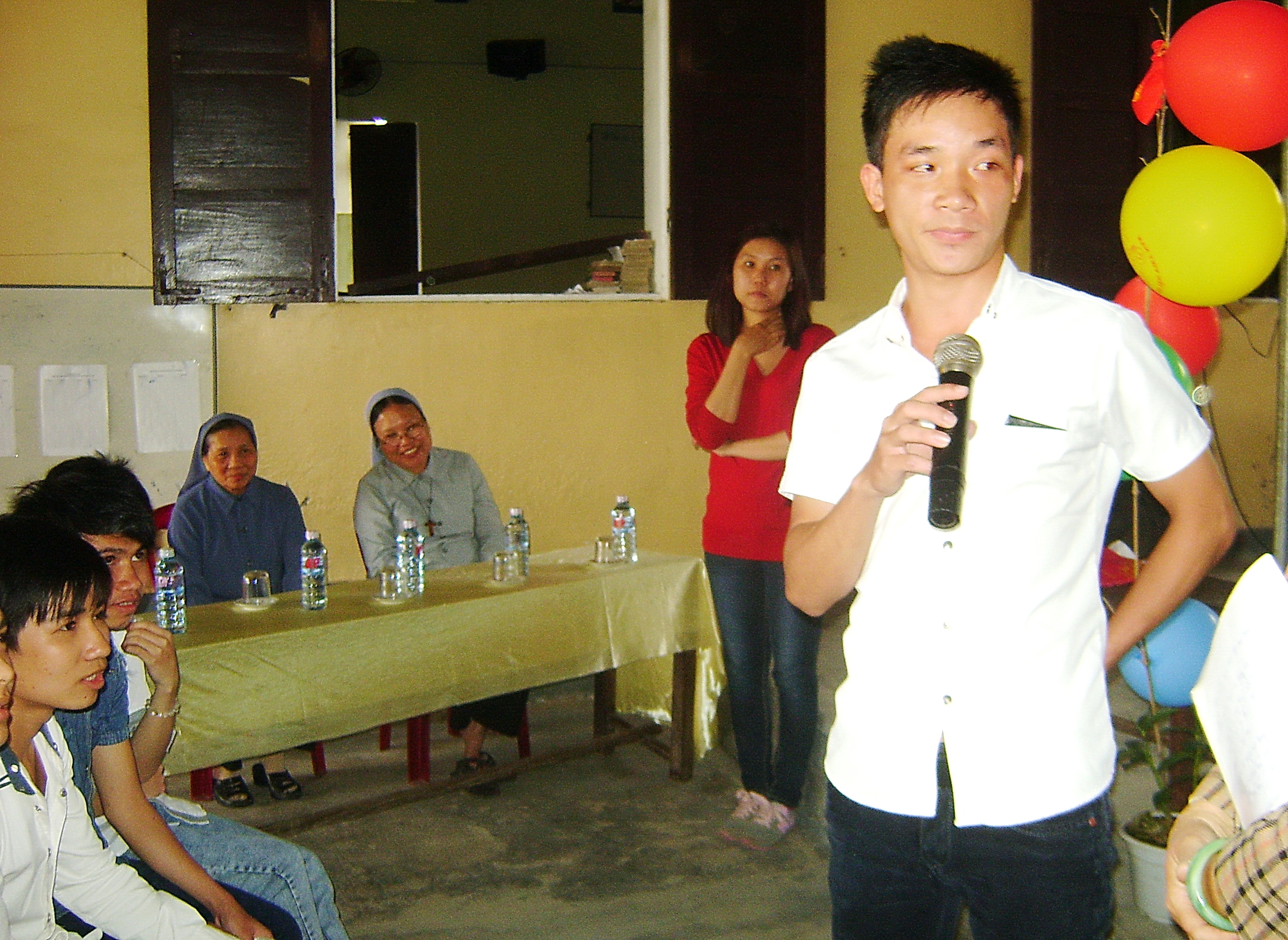 One youth raises questions on HIV/AIDS prevention to the nuns. (Peter Nguyen)

On Feb. 17, a group of HIV/AIDS volunteers, led by Sr. Mary Vu Thi Ngoc of the Daughters of Our Lady of Immaculate Conception, visited Vuong and seven other patients, washed their clothes, cut their hair and nails, cleaned their houses and told them how to keep clean and take medicine on time. They offered them milk, cooking oil, coffee, sugar and other food.

They also provided useful information on HIV prevention to 100 migrant workers at Chanh Xuan Church. One third of the participants at the session work in Laos and were making rare visits home during the Tet festival holidays (Lunar New Year) in February.

Participants watched a video clip on the spread of HIV/AIDS in Vietnam, then played a game bursting balloons and answering questions put inside them. Those who gave the correct answers won pens and notebooks as prizes. A doctor gave them health information, and others provided leaflets and a cultural performance. They also urged participants to live a good life, and “say no” to prostitution and drugs. People prayed for patients with HIV/AIDS to be in peace and sang peace prayers by St. Francis of Assisi to conclude the session.

Simon Hoang Quoc, 25, a participant who makes wood sculptures for a living in Laos, said, “I learned HIV/AIDS can be transmitted from patients to other people through blood, sex and mothers to babies, which I did not know before.”

Quoc, who is not an addict, said the volunteers also taught him how addiction damages people’s health and is linked to HIV infection. He said he would try to avoid drug addiction, noting that his Catholic Vietnamese boss in Laos often asks Quoc to buy needles for his drug use.

Sr. Ngoc said, “We try to use the Tet holidays to educate migrant workers on HIV/AIDS prevention and the dangers of drug abuse because they only return home once a year on this festival.” They live away from their families and easily fall into gambling, drinking, drug addiction and unsafe sex, all methods for transmitting HIV to them, she added.

The nun said their HIV/AIDS ministry aims to promote prevention awareness among young people and reduce discrimination against patients in communities. Their three-year project lasts to 2016 and has been sponsored by German bishops. 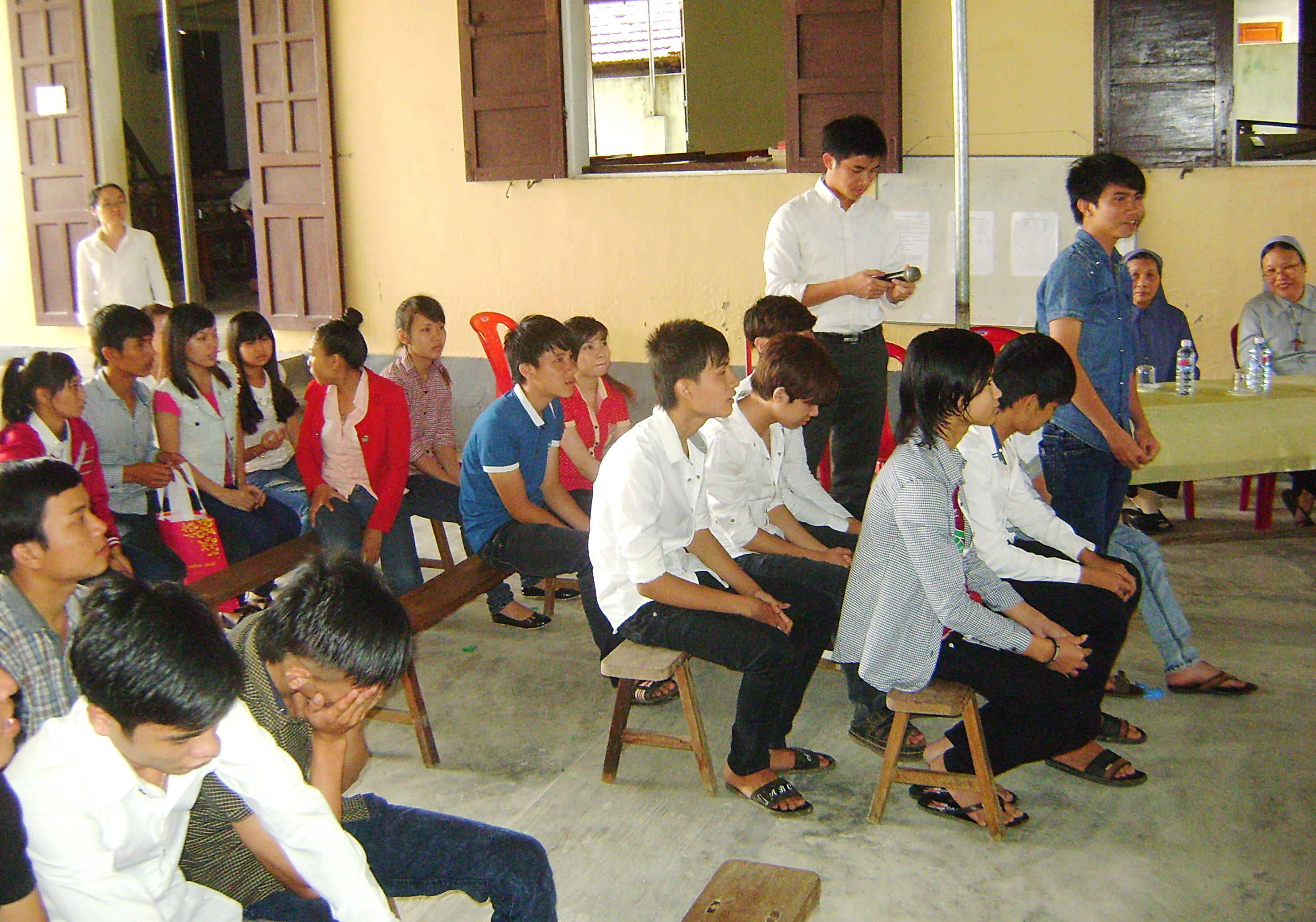 Vuong said people in Laos, where the disease is less common, discriminate against those with HIV/AIDS, isolating them in remote places until they die. After death, their relatives collect wood and cremate them in forests, he said.

Some migrant workers with AIDS, fearing no one would bury them if they died in Laos, manage to return home to Vietnam before their deaths so they can be buried in ceremonies, Vuong said.

A Vietnamese deacon who worked in Laos’ Savannakhet diocese in 2012-2014 said Laotian sisters and Catholics cannot help people with HIV/AIDS because the communist government nixes charitable, educational and health care activities through the local church.

However, the deacon, who asked not to be named for fear of goverment retaliation, said elderly sisters at parishes without priests bring the Eucharist to patients and elderly people, perform baptisms and teach catechism. They cultivate crops and raise poultry to support themselves.

The trend of Vietnamese migrant workers in Laos is on the rise. According to the Vietnam Ministry of Labor, Invalids and Social Affairs, about 13,500 people were registered as contract workers in Laos in 2014, and the number will surpass 20,000 this year. However, it is estimated a large number of other people from central provinces bordering Laos move there to work without contracts. 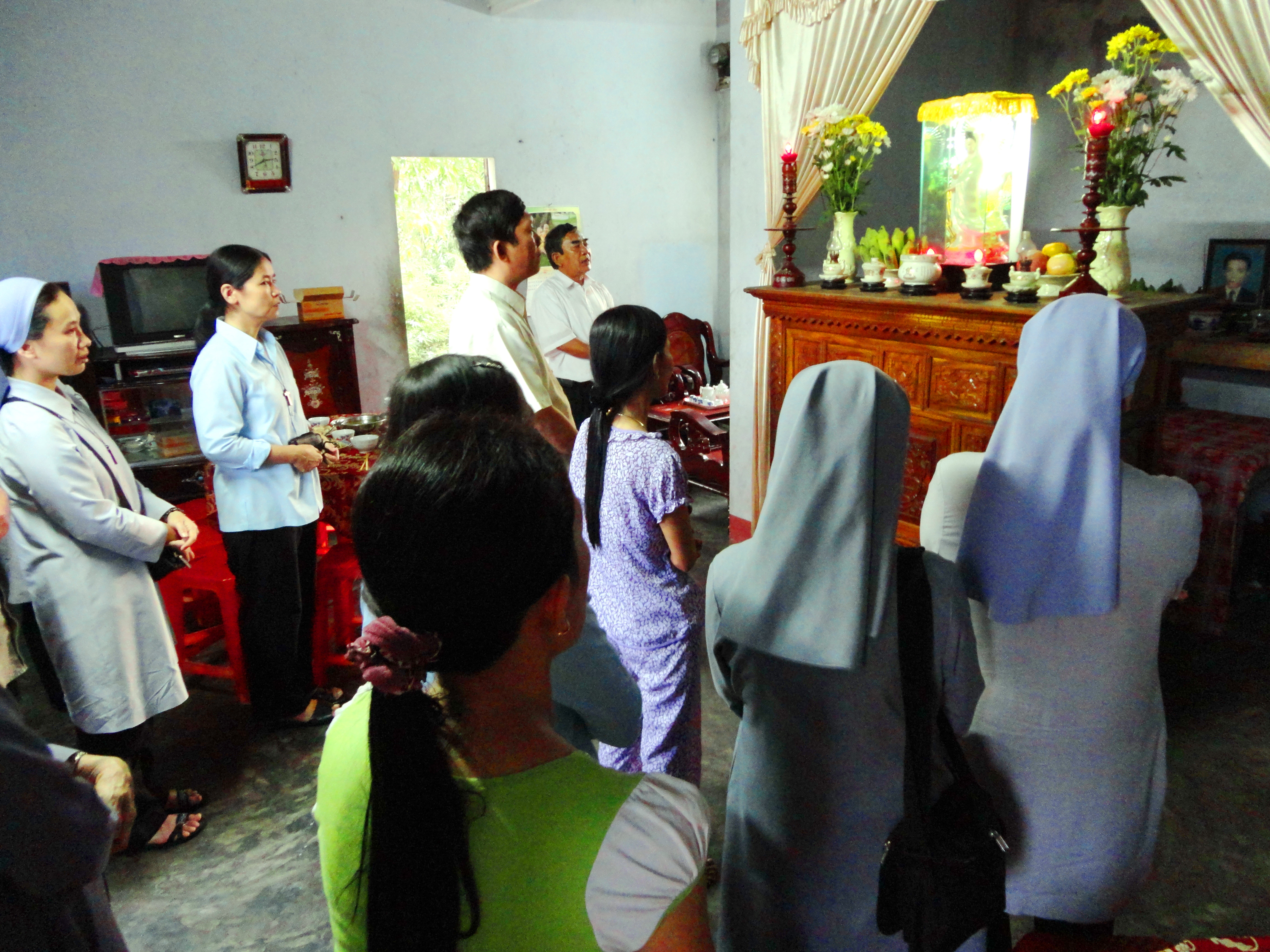 Nuns and volunteers pray in front of the altar of a Buddhist who died of AIDS last December. (Peter Nguyen)

Helping my students center in God, and go forward