James Mungay remembers his four years on the streets — searching the garbage bins for food, fleeing from an abusive aunt who forced him to collect and sell cigarette butts, watching his mother fall apart from the ravages of drug addiction. But he also remembers watching the homeless girls disappear from the streets, taken to different group homes and charities across Nairobi. "When you're on the streets, the sponsors come and take only girls, so we would feel bad," said Mungay.

Mungay, 16, now lives with 35 other boys at the Ukweli Home of Hope for Street Boys, in the Kasarani neighborhood of northern Nairobi. The Little Sisters of St. Francis of Assisi run the home specifically for boys.

"Many people are taking care of girls, and we felt the boys were lost," said Sr. Catherine Wanza, the director of the center for the past seven years. "I heard all this talking about girls and girls and girls, and we decided to make a change. Most of these boys are lost. Now they're the ones who have become the most vulnerable. Everyone is thinking about the girl child. Even our congregation is taking care of girls. But look at all these brains that would be lost in the streets! If we leave the boys, we are encouraging thugs."

The emphasis on helping girls is enshrined in most charities, including the 17 United Nations' Sustainable Development Goals, whose fifth goal is gender equality.

"Ending all forms of discrimination against women and girls is not only a basic human right, but it is also crucial to accelerating sustainable development," the U.N. states on their website for Goal Five. "It has been proven time and time again, that empowering women and girls has a multiplier effect, and helps drive up economic growth and development across the board."

Multiple studies show that the best way to improve a community's socioeconomic level is to educate girls, because they are the ones who go on to raise families and will in turn educate their own children. The World Bank found that "better educated women tend to be healthier than uneducated women, participate more in the formal labor market, earn higher incomes, have fewer children, marry at a later age, and enable better health care and education for their children."

"All these factors combined can help lift households out of poverty," the World Bank mission for girls' education states.

But while many congregations and international organizations focus on the big picture, zeroing in on which population sector will have the biggest impact on society at large, they may be overlooking the individual male children who still need help, Wanza believes. Sr. Cecilia Njeri, Little Sisters of St. Francis superior general said that her congregation also started with the charism of providing an education to vulnerable girls. Ten of the congregation's schools in Kenya and a similar number in Uganda are for female students only.

"With time, we said, what is happening?" Njeri recalled. "What about the boy child? That's how we started here."

The Consortium of Street Children, an international charity, estimates the number of street children throughout Kenya is between 250,000 and 300,000. There are about 60,000 street children in Nairobi alone. According to various estimates from charities that work with street kids in Kenya, boys account for at least 75 percent, and sometimes as high as 90 percent, of children on the street.

But Wanza, who has shepherded more than 200 boys through the home towards an education and an independent life, believes that single-mindedness toward educating girls can also be dangerous.

"When you work with them, you understand that most crimes are done by street boys, and when you rehabilitate them you reduce crime," she said. "Imagine, we could have had 200 criminals instead of students!"

She noted that these young street boys are the ones who are transporting most of the drugs and weapons in Kenya's black market, hiding the contraband in their bags and collecting an extra few cents whenever they deliver it.

Two of Ukweli's graduates have gone on to become doctors, and one works at the St. Francis Community Hospital, which the Little Sisters run on the same compound as the boys’ home. Another graduate is in seminary in Congo and will become a priest. Currently the congregation sponsors the education of almost 100 boys, the 36 that live at the center and dozens more that the sisters have been able to place with relatives or other families but continue to pay for their schooling.

They sponsor eight students at university level. The funding comes from donations from private individuals around the world.

Washington Lakale, 21, grew up on the streets of Mombasa, cared for by older street children, until he came to the Ukweli home in 2011. Now he is studying international diplomacy at the University of Nairobi, and he hopes to be the U.N. secretary general one day.

"Gender is a sensitive matter that must be handled with care," he said, weighing his words carefully in the manner of a future politician. "You have to look for a balance, not that the boy or the girl goes down. The boys today are the men of tomorrow, and if we don't nurture them, women will end up alone."

"In Kenya, you must take care of the girls, maybe because of FGM [female genital mutilation]," said Lucas Maina, a 21-year-old university student who lived at the Ukweli home for a decade. "In the streets of Nairobi and other places, you'll only see boys loitering around. Many organizations work with girls. They take them from the streets as soon as they get there," he said.

Maina added that girls often get married as early as 15, especially if they are homeless, while street boys are forced to continue to care for themselves past age 20 since they get married later. He said that while he understands that girls are an immediate priority, especially due to a history of injustices, he doesn't think that boys should be neglected.

When Maina was about 7, he was collecting bottles and metal on the streets when he was separated from his mother during a government roundup of street kids. His mother ultimately decided that her six boys would have a better chance at education if they stayed in the shelter, and she joined them there. He spent a year in a government center for homeless before moving to the Ukweli home with his older brother. Now he is studying economics at the University of Nairobi, inspired by the way large infrastructure projects, like the Thika superhighway, can make a positive impact on Nairobi's economy.

Wanza is hoping that when Maina graduates he will run the Ukweli Oasis Drinking Water bottling project, which will eventually allow the boys home to move to a new place in the Thika neighborhood that can house up to 70 boys. Maina believes that the bottling project will help the Ukweli center be financially independent.

About five other Ukweli graduates will run the bottling factory with Maina, providing employment opportunities and a chance for their students to get hands-on experience running a business.

Currently, the center runs on donations, as well as income from a large garden that the boys plant and harvest themselves. James Mungay is the chief gardener among the students, though when he grows up he plans to leave the farming behind and be a fashion designer or someone who accessorizes cars.

"Though they say educating a girl child is educating society, the reverse for boys is also true," Maina said. "Who will be the head of the family? Who shall be the fathers of the future generation?"

"Boys need to be given this chance at whatever cost," he continued. "If the boys are just laying around at a certain roundabout on the highway, these are the boys who will attack you in the evening to have food for their supper. In 10 years they will be the most wanted criminals. If they had the chance to go to school, they'd be working to make the world a better place. The world is not a good place now because of crime. I'm not saying don't consider the girls, I'm saying educate the boys as well."

As Maina walks away, joking and kicking a soccer ball to some of the younger boys as he prepares to return to university, Wanza shook her head. "Just look at that brain!" she said with pride. "Think of what would have been lost!" 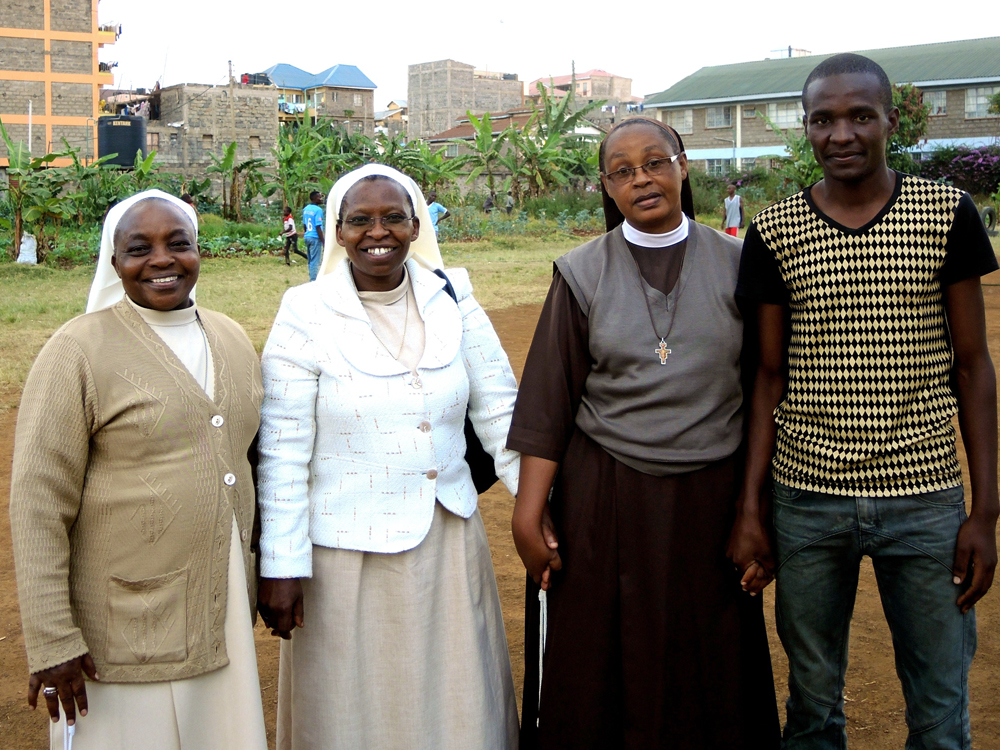 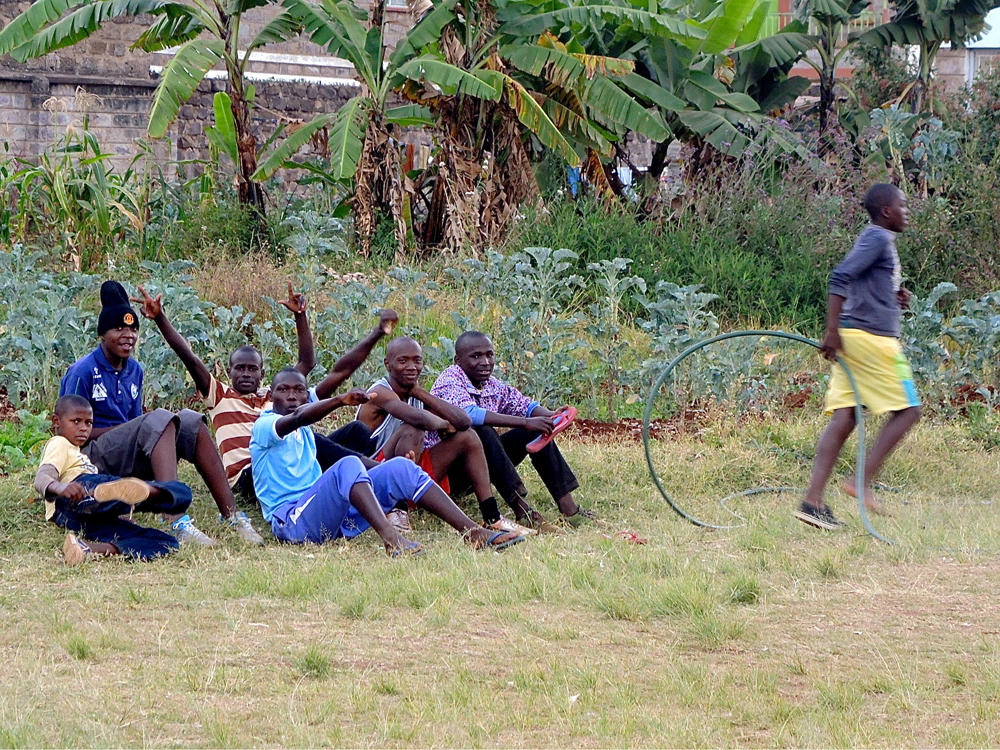 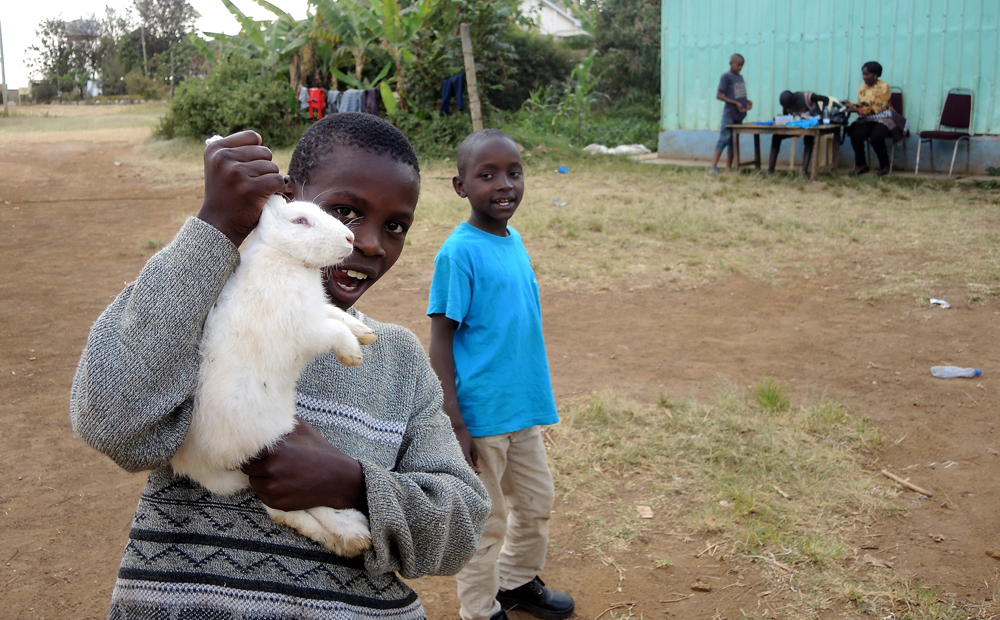 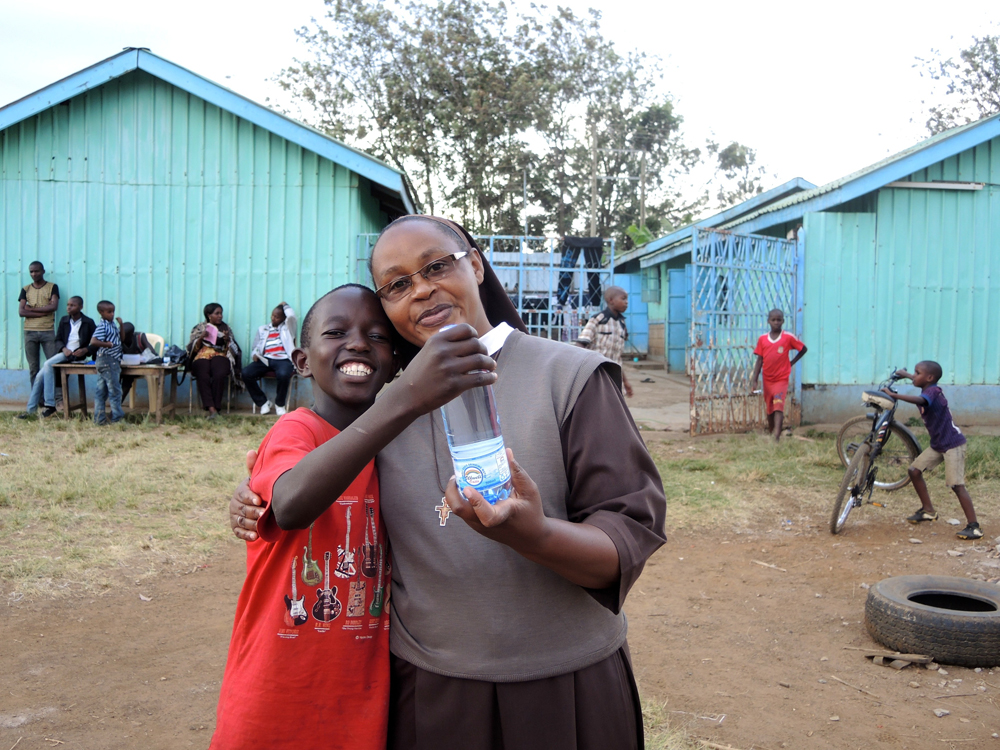 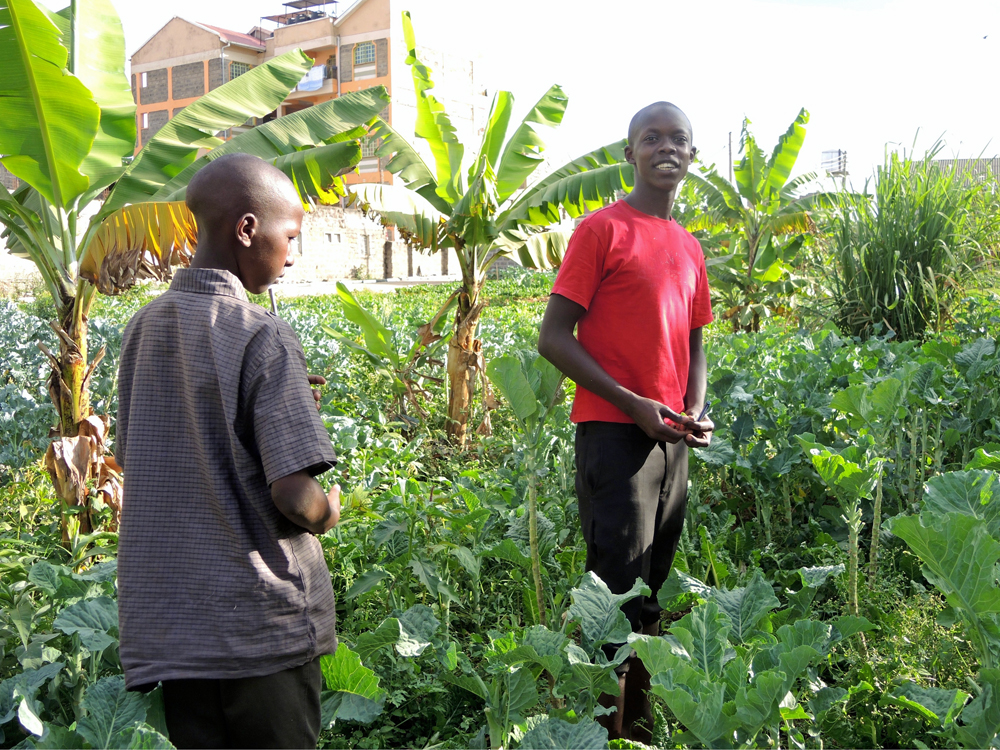