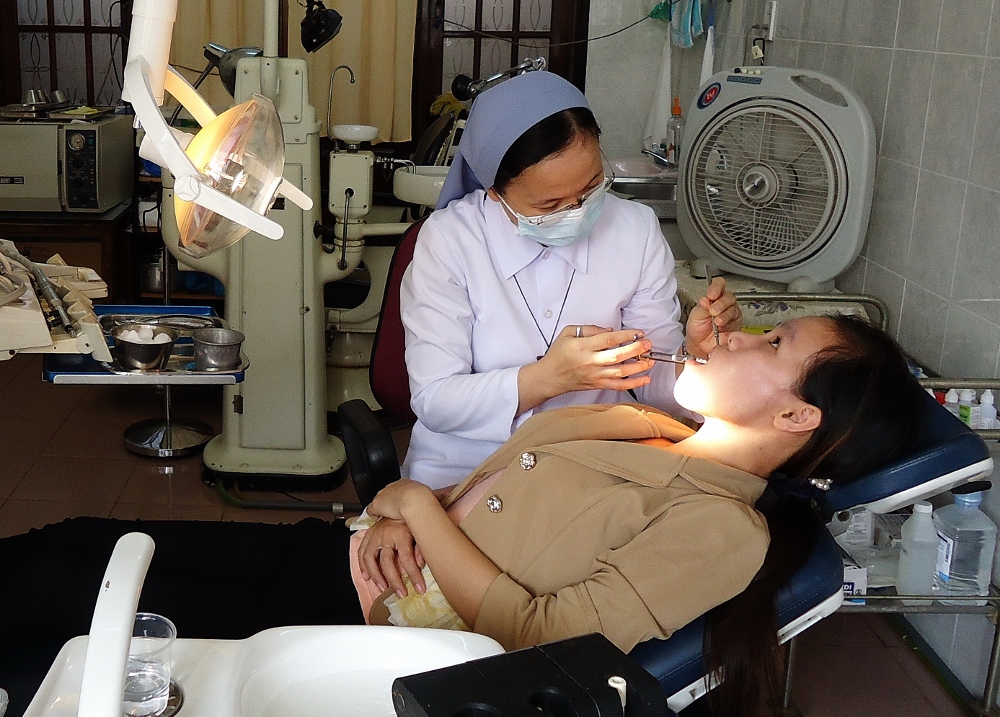 Hue, Vietnam — For two decades, a Hue City clinic established by the Daughters of Mary Immaculate Sisters has treated poor people for free, but its ministrations to a wealthy man reflected its universal mission of healing any of God's people in need.

Qui, who works closely with the clinic, told the congregation, "I am really impressed with the doctors and physicians here who wholeheartedly serve patients without salary. They set a shining example."

But the story of a wealthy man whose health dwindled despite expensive medical care impressed Qui as well.

Qui said for years he has received 20 tokens a week from the nuns to distribute to poor people in his parish, regardless of their background, to use for free medical treatment at the clinic. "However, the rich man also asked me for a token, and I was reluctant to offer it to him because I knew he was very rich," Qui said.

Months later, the priest said, "the man returned to meet me saying that doctors from the clinic cured him of his chronic gastric ulcer and that he was deeply grateful to the doctors who treated him with a caring attitude and empathy." The wealthy man had previously received costly medical treatment from public hospitals, but his illness worsened and affected him badly, the priest explained.

"The sisters draw many good health care workers to work at the clinic. It is a blessing God offers them," he noted.

The clinic's manner with patients is also noteworthy. The Health Ministry is campaigning to ask health care workers at public hospitals to welcome patients warmly, treat them as customers and give proper medical care to them to address the fact that many doctors and nurses have been accused of treating patients badly and even shouting at them.

Sr. M. Benedictine Nguyen Thi Dien, a clinic founder, said the facility was established in 1992 to give proper health care without charge to poor people who could not afford to buy medicine and get treatment at public hospitals. It was lucky that the government approved it, she added. The Vietnamese government still bans the Catholic church from taking part in health care activities.

Dien and another sister, both medical doctors, wrote to invite 50 local doctors, nurses and nuns from Saint Paul de Chartres to work with them. Twenty of them agreed to join the clinic.

At first they used the congregation's three living rooms to examine 25 to 30 patients a day, advertising by offering tokens to poor patients to lure them to the clinic.

After government authorities returned a former church facility to them in 1993, the nuns refurbished it and started to use it as a clinic. Because of their effectiveness, they were given donations by domestic and foreign benefactors to install medical equipment — an X-ray machine, an ultrasound scanner and medical testers.

"We serve patients with compassion and dignity, give them holistic treatment and listen to their feelings carefully," Dien said.

Now around 120 patients a day get medical treatment from the clinic, which is staffed by 31 doctors and nurses, including nine nuns and 17 volunteers.

Dien said the clinic staff also pay weekend visits to remote areas and give medical examinations to patients and people with physical disabilities.

Sr. Mary Consolata Bui Thi Bong, a medical doctor, said she and volunteers cared for a Paco ethnic minority woman who had a dozen serious knife wounds in her back from an attack by her husband. "If we had not met her in time, she would have died of her wounds because she lived in a remote village and had no money to buy medicine," Bong said.

In the last 23 years, Bong said, the clinic has provided free medical treatment for 500,000 patients ranging from kids to the elderly.

Sharing the mission with Buddhists

In a collaboration with Buddhist religious, the volunteers at the Kim Long clinic have also treated people with HIV/AIDS in this central Vietnam community.

In July 25 Catholic volunteers and people with HIV were educated in practices of Zen meditation by a most venerable Buddhist, Bong said. Zen and Yoga practices aim to bring peace of mind to HIV/AIDS patients, she added.

Buddhist monks and nuns also are invited to teach Catholic sisters how to take pulses, make herbal medicines and perform acupuncture, she said.

The clinic's Catholic volunteers work with Buddhist ones to comfort and care for 185 people with HIV/AIDS in their homes and also hold funerals for patients who die.

A Buddhist nun, on condition of anonymity, said that both sides also composed documents on psychological and spiritual care for HIV workers. The documents were published by Hue University.

"We appreciate the close cooperation between the two religions in taking care of people living with HIV/AIDS," the sister said. "This is an opportunity for two sides to understand one another and bring love and dignity to those patients." 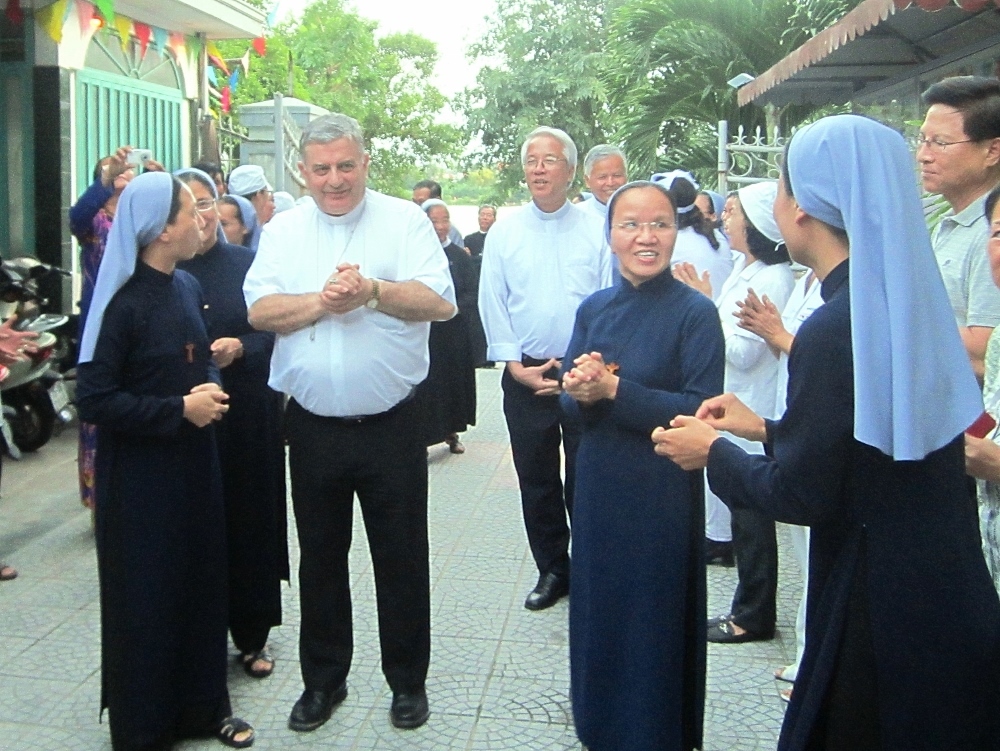 Local authorities have awarded the clinic certificates of merit for their good services.

And at its anniversary celebration Nov. 10, the clinic drew testimonials and kudos from a healthy assortment — an impressed priest, a Vatican representative and a grateful patient of modest means.

Archbishop José Rodríguez Carballo, secretary general of the Vatican Congregation for the Institutes of Consecrated Life and Societies of Apostolic Life, was there to praise the clinic's staff for "treating patients with human love and dignity."

"I feel that when you serve those patients, your souls will be healed and change," he told them.

Nguyen Thi Loc, who, from a wheelchair, sells lottery tickets for a living, said, "I am extremely grateful to the doctors and nuns who treat my heart disease."

"They are real angels God sends to comfort us."