Ahead of national elections, Haiti is once again digging out from a disaster.

Hurricane Matthew caused massive flooding this week in the southwest part of the country, prompting Mourad Wahba, the United Nations' representative in Haiti, to say that the destruction was the "largest humanitarian event" since the country's devastating 2010 earthquake.

Fatalities are still being counted, but tens of thousands were evacuated from their communities. Nearly 2,000 homes are gone, as is a major bridge, because of torrential rains and flood waters.

Haiti's capital, Port-au-Prince, was largely spared. But even then, rains are never kind to places like the landfill area called Trutier, just outside of the city. Here, about 500 families eke out a living amid the landfill's mounds of garbage, recycled goods and stray animals.

"What do we do here? Get something to live on — plastics for recycling, plastic stuff," resident Camecise St. Fleur, 16, said of life in Trutier. "We look for expired food — expired food that has been dumped here."

Death by cholera is common, as is the threat of violence amid tension and constant uncertainty. But its residents refuse to dwell on hardship and speak instead of the solidarity they know and practice and the small acts of survival and kindness that keep people going.

It is a family that stuck together this week during the rains and will continue to do so as Haiti recovers from the hurricane, continues to deal with the aftermath of the January 2010 earthquake that killed at least 100,000 people, and works toward political stability.

Haiti's national election, originally scheduled for Sunday, Oct. 9, had to be postponed because of Hurricane Matthew. No new date has been set yet for the election, which had already been postponed once after political-related violence in 2015. The current president, Jocelerme Privert, is a provisional leader. The law prevents Michel Joseph Martelly, who was president from 2011 to early 2016, from running for another term.

In places like Trutier, it is more common to see a Catholic sister than it is to see an elected political official.

Here, Kkottongnae Haiti, a South Korea-based religious congregation, provides both food and pastoral care to the residents. In an area where outsiders are viewed warily, the work of Sr. Matthias Choi and her colleagues is appreciated, since few others come here.

Choi calls her work modest and says the monthly distribution of rice and dried beans is barely a pittance. But she says it is a necessary start.

"Hope is not the big thing," she said. "It is the small thing, and you work from there."

Those she sees regularly agree.

"They touch us where we are," Gady said of the work of the Korean sisters. "Other organizations don't care about us."

The issue of who cares and doesn't care about places like Trutier is particularly poignant now in a campaign season that has dozens of presidential candidates in what is expected to be a two-round election. If, as is expected, no single candidate receives a majority of votes in the first round, then a runoff will be scheduled.

Few Haitians expressed much interest or concern about the election, particularly in areas like Trutier, where people are living constantly with the challenges of poverty.

Only two of the 27 candidates are women. Sr. Ghislaine Landry, a French-Canadian member of the Sisters of Providence, and her Haitian colleague, Sr. Merci-Christ Sylméon, told GSR that women's issues in general are not part of the larger political conversation in Haiti right now. Among the concerns not being discussed in the current election is domestic violence, something that is widespread but rarely talked about openly, the sisters say.

"Women are often victimized and are afraid to come forward," Landry said. "They feel their lives could be endangered."

Landry and Sylméon see change for women coming largely through education — the centerpiece for their congregation's school expansion plans in southern Haiti.

"I think the country can be changed, but only by Haitians themselves, and change will come only through education," Sylméon said.

Not far from the Sisters of Providence's home, the congregation of the Missionary Sisters of the Immaculate Heart of Mary, or ICM Sisters, recently hosted a group of women involved in small income-generating projects supported by the congregation — "mutual support for a better life," as participant Rosemene Joanis, 53, put it.

Joanis said hunger is a real and substantial problem in the country. Joanis sells cooked rice and cornmeal in front of factory gates and is often asked for the crispy "bottom-of-the-pot" portions.

"I give it to people, and they promise me the money tomorrow, but tomorrow never comes," she said.

Crime and insecurity also top the list of concerns. Joanis said she was robbed twice in recent years and has been threatened with guns, as well. Her hopes for change from the election are minimal.

"I will see what will happen, but there's not much hope," she said.

One person in a position of leadership who has engendered hope is the country's new — and first — Roman Catholic cardinal, Chibly Langlois, whom Pope Francis appointed to the post in 2014.

In an interview with GSR about the state of Haiti before the election, Langlois steered clear of overt political discussion. But Langlois did draw contrasts with the earthquake-stricken Haiti of 2010 and now.

"In comparison to where the country was during the earthquake, great strides have been made in the country," he said. "We can see that, from the human point of view, the Haitian people have recovered from that catastrophe."

Yet he did not minimize the country's ongoing problems, particularly economic concerns.

'We do just a bit of what the government should do'

Earlier this week, Sr. Annamma Augustine, a Missionary Sister of the Immaculate Heart who lives with other sisters at the home where the women's group had met a few weeks earlier, watched warily as Hurricane Matthew hit Haiti.

"The government had been asking the people to move from the sensitive areas. Move to where? People are afraid of looting (and losing) the very little they have. In a country like Haiti it is not easy to face such disaster. What is really painful is that it is always the poorest are the victims: Why? Again? How long?

"None these questions make sense, but we have to live with it and share the life of the people in their struggle and pain. This is the mission today. At the same time we will help in whatever way we can and stand by the people."

Harm is no stranger to the area known as Wharf Jeremile, near the capital's port area. Since it is in low-lying area, it, too, was affected by massive amounts of rain.

Bienjuste Sedlin, 17, lives in Wharf Jeremile and knows too well Haiti's challenges, contradictions and aspirations. Like others in the area, he is thankful that a community center run by a group of Brazilian sisters is attentive to needs of children and teenagers, providing food and schooling for hundreds.

He is completing secondary school and aspires to be an engineer, but that may not be possible given his family's economic situation.

Sedlin turns 18 in November — probably too late to vote in the upcoming election but old enough to vote in the potential runoff. He calls voting a civil right and duty. But when asked if he is optimistic about the situation in Haiti, Sedlin demurs.

"I don't see any change," he said, talking about the candidates. "People are fighting against each other. There's no national unity."

Like so many others, Sedlin speaks of the need for a strong president — "a good president" — who can create more jobs and try to build a common purpose for the country. National unity in Haiti, he says, has proven elusive.

Brazilian Sr. Renata Lópes, who works as a member of the religious community Misión Belem at Wharf Jeremile, said in an ideal world, "the government should be resolving the problems" of the immediate area.

The work of Catholic sisters is praised throughout the country in large part because the sisters not only do the work but are also "walking the walk": They are present among the communities and working to improve their situations.

Those at the grassroots — like Sedlin at Wharf Jeremile and the residents of Trutier, the landfill area — praise the sisters and other religious. So does Cardinal Langlois.

"Here in Haiti, both sisters and brothers are very honored and appreciated in Haitian society. They dedicate their lives to God. But above all, they have put themselves at the service of the community," Langlois said.

Choi said that "it is frustrating to feel sometimes that the government should do this work." But, she said, brightening, "I am not frustrated. I'm honored to do the work with the poor."

Related - Haiti's first cardinal: 'Great strides have been made in the country' 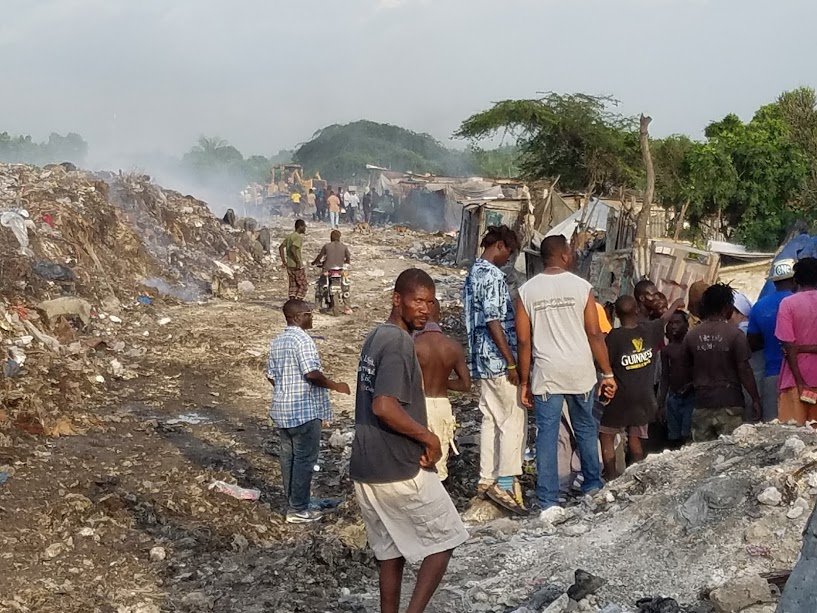 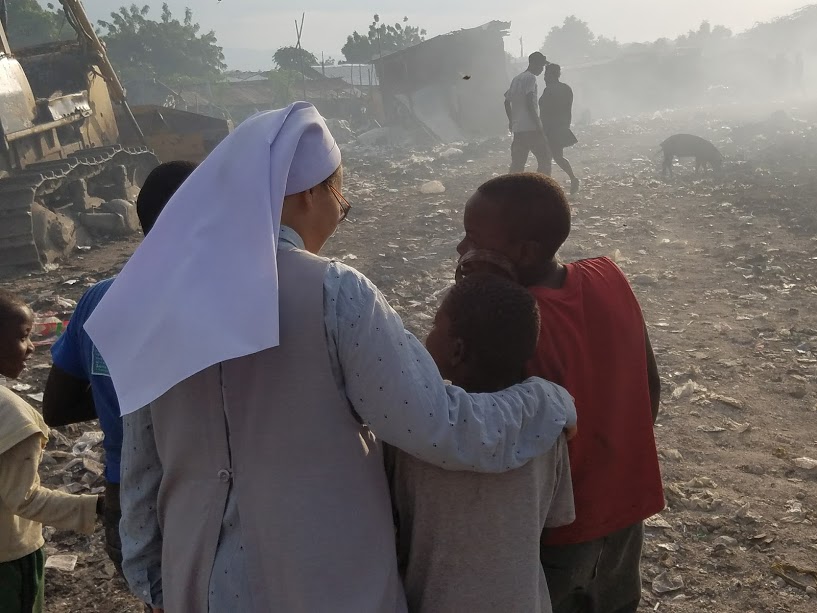 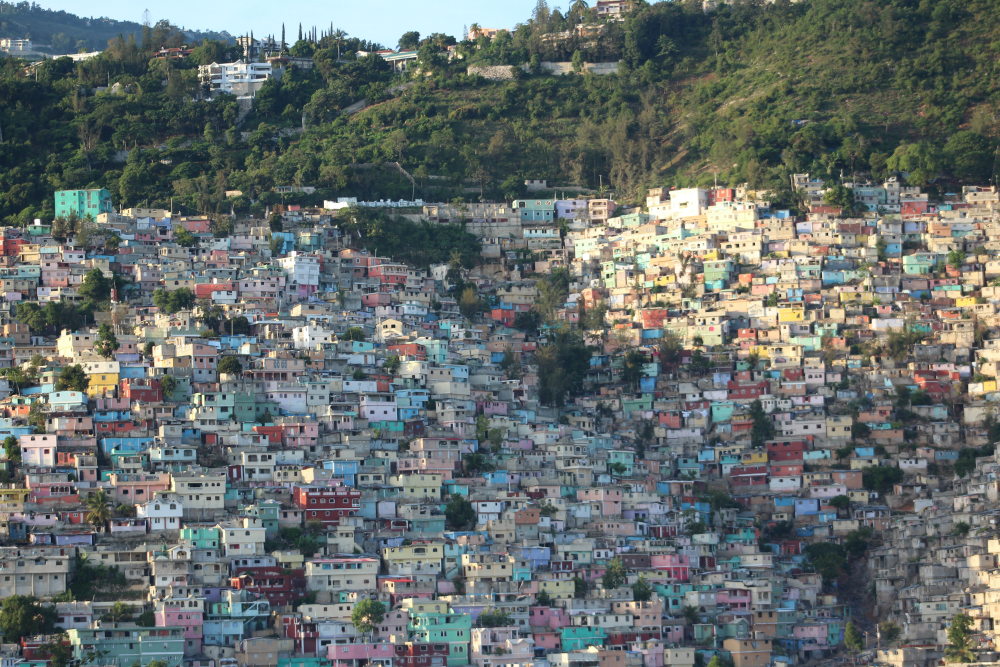 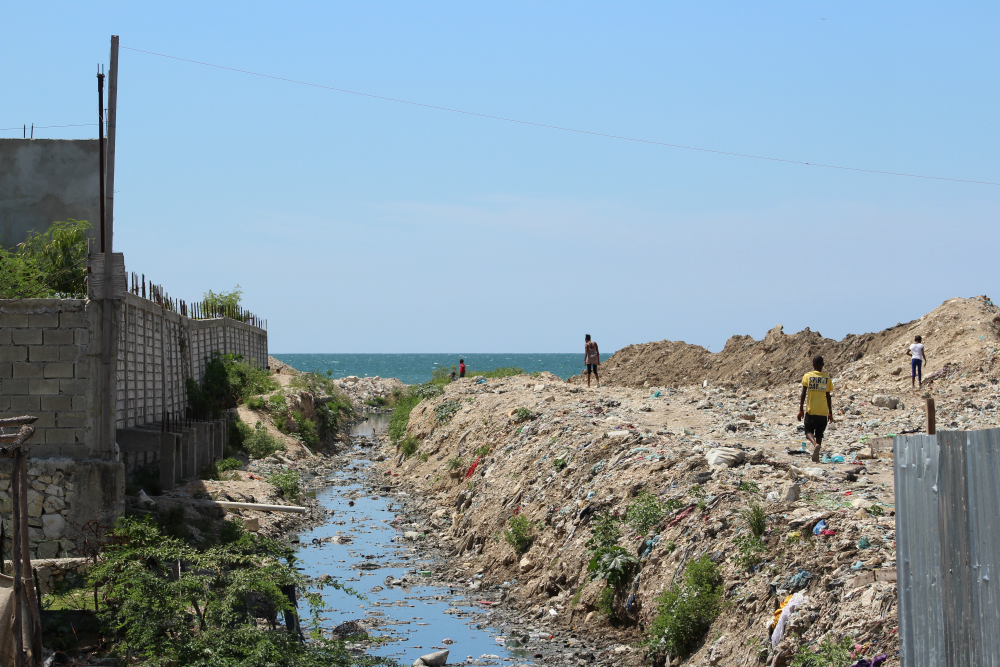 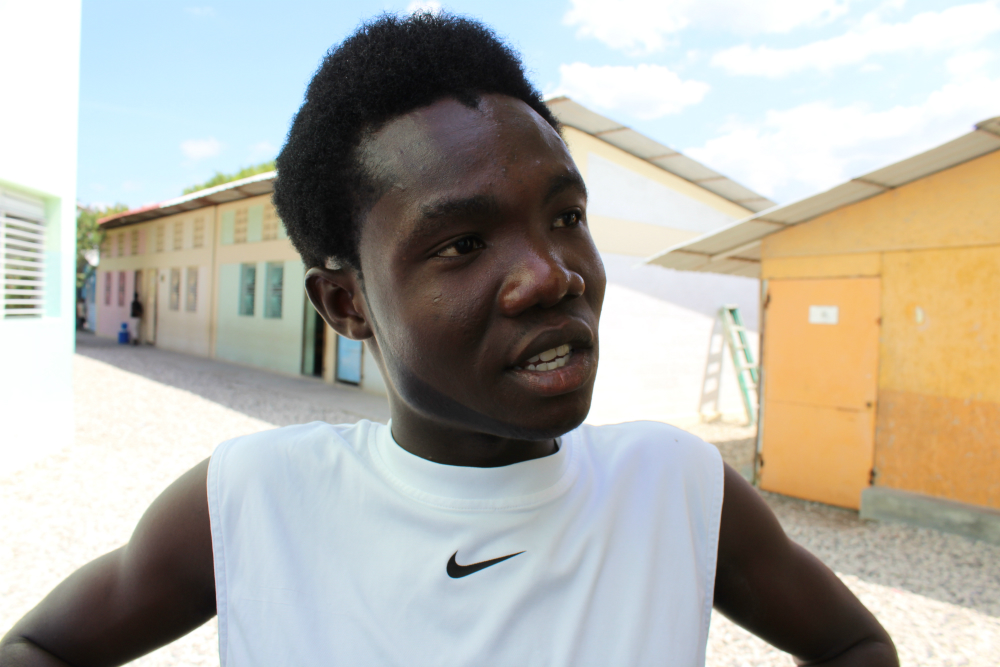