New York - The death toll in Haiti from Hurricane Matthew now exceeds 1,000 and continues to rise, and the head of the United Nations warned that a "massive response is required" to stave off problems that include hunger and cholera. Dozens of communities of women religious both in and outside Haiti are responding to the massive needs.

"It is really terrible for the people," Sr. Annamma Augustine, a Missionary Sister of the Immaculate Heart who is based in Haiti, told GSR earlier this week. "Help has started to arrive slowly. Let us hope and pray the victims will get the needed things to survive."

Sisters in Augustine's congregation are joining efforts to collect and send relief items such as blankets and clothing to areas affected by the hurricane.

The human cost is staggering, said Sr. Fidelis Rubbo, a member of the Sisters of St. Francis of Sylvania, Ohio, who lived and worked in Haiti from 2001 to 2014 and is traveling to Haiti as part of an emergency response team.

Asked how long it will take for the hardest-hit regions to recover, Rubbo told GSR, "It's going to take the rest of their lives. It's a real tragedy."

She said most of the damaged areas were "already so fragile" before the hurricane, as most homes were made out of thatched bamboo with tin roofs.

But hunger, already a problem in Haiti before the hurricane, is also a major concern, with the U.N.'s World Food Program reporting that in southwest Haiti, which was hit hardest by the storm, 100 percent of crops were lost. Other parts of the country were also badly hit, with 60 to 90 percent of the northwest region's harvest wiped out, the U.N. reported.

The World Food Program had pre-positioned emergency food for 300,000 people and reported that distributing rations to more than 10,500 people had begun in the seriously affected cities of Jérémie and Les Cayes, the U.N. said.

The storm battered an already-challenged infrastructure of roads and bridges, hampering assistance efforts. Many areas in the rural southwest still cannot be reached.

In an October 8 message to the Canada-based La Congrégation des Soeurs de Sainte-Anne (Sisters of St. Anne), congregational leader Sr. Rita Larivée noted the experiences of Sr. Gertrude Milfleur, a provincial leader, and three other sisters, Magella Moussignac, Simonne St-Felix and Erline Fantal, as they traveled through the affected region to meet with other sisters.

As they approached the community of Chardonnières, Larivée wrote, the sisters journeyed, sometimes on foot, and "it was among the dead animals and all kinds of dirt with a foul odor that filled the air. Along the route, all the houses except those in concrete were destroyed and the village people were everywhere looking for their clothes in the water and the mud. It seems as though cholera has begun to claim victims."

Congregational schools remained intact and are serving as shelters.

"The sisters are sharing the little food they have. Outside help organizations have begun to arrive today . . . but it will be long," Larivée said of the necessary time required for rebuilding and recovery. Larivée closed her description by noting, "People are beginning to clear the debris as the sun helps the water to retreat."

The hurricane also affected Haiti's "bread basket" in the country's midsection. Rubbo said this puts further pressure on the entire country, which was suffering economically even before the hurricane.

"I don't know what they are going to do. Who's going to grow food for them?" she said of hurricane-affected regions.

Rubbo said the storm upended delicate ecological systems in regions near the coast. Heavy rains and winds not only destroyed crops and farm animals, but salt water and massive amounts of silt are affecting inland areas, making farming impossible. The destruction of mangrove trees will also affect the spawning of fish, another source of feeding and livelihoods, she said.

Since 2000, Rubbo's congregation has been ministering in the community of Pestel, Haiti, which is about 100 miles west of the capital of Port-au-Prince and about 25 miles east of Jérémie, said Dale Thomas, a spokesman for the Sisters of St. Francis.

When Rubbo leaves October 13 for her mission, she will be joining an 11-member team of doctors, nurses and physicians assistants. Thomas told GSR that the situation in Pestel is grim, according to a report from Dr. Ben Fredrick, a doctor affiliated with Pennsylvania State University who has contacts in Pestel.

"Eighty percent of homes are destroyed, all the crops and most of the animals are gone; there has been an alarming spike in cholera, and the medical staff in the area are running out of supplies," Thomas said.

Besides communities of women religious, Catholic humanitarian groups such as Catholic Relief Services (CRS) are responding to emergency needs. CRS said it is providing "blankets, kitchen and hygiene kits and other emergency supplies as needed, as well as monitor potential outbreaks of cholera and other diseases."

Rubbo, who speaks Haitian Creole, said she is girding for a grim situation and said one of her duties, aside from translating for the medical team, will be to offer a pastoral presence for the hurricane survivors.

"I will encourage, pray, sing with them," she said. Haitians are "the most faith-filled people. They really believe that God is with them."

Similar hope animates Sr. Ann Barton, one of five Sisters of Charity of Leavenworth, Kansas, who traveled to Haiti on September 29 to join with long-term partners, the Sisters of St. Anthony of Fondwa, and to celebrate the St. Anthony sisters' 20th anniversary. The Sisters of Charity had to leave Fondwa, located in a hilly area in southern Haiti, before the hurricane struck. They waited out the storm in Port-au-Prince, which was affected by the hurricane, but not as severely as the southwest part of the country.

Barton told GSR that there is a "world of hurt in Haiti right now." Only "sustainable development" — improving Haiti's fragile infrastructure — will strengthen the country so it can withstand natural disasters in the future, she said.

"They can do it," she said of Haitians. "They're not helpless. They just need help until they get back on their feet."

Acknowledging that Haiti's political leaders and government have often not served their country well, Barton said that should not reflect poorly on the Haitian people, whom she described as Haiti's "greatest treasure."

"They work hard, they are tenacious, and they want their country to succeed." 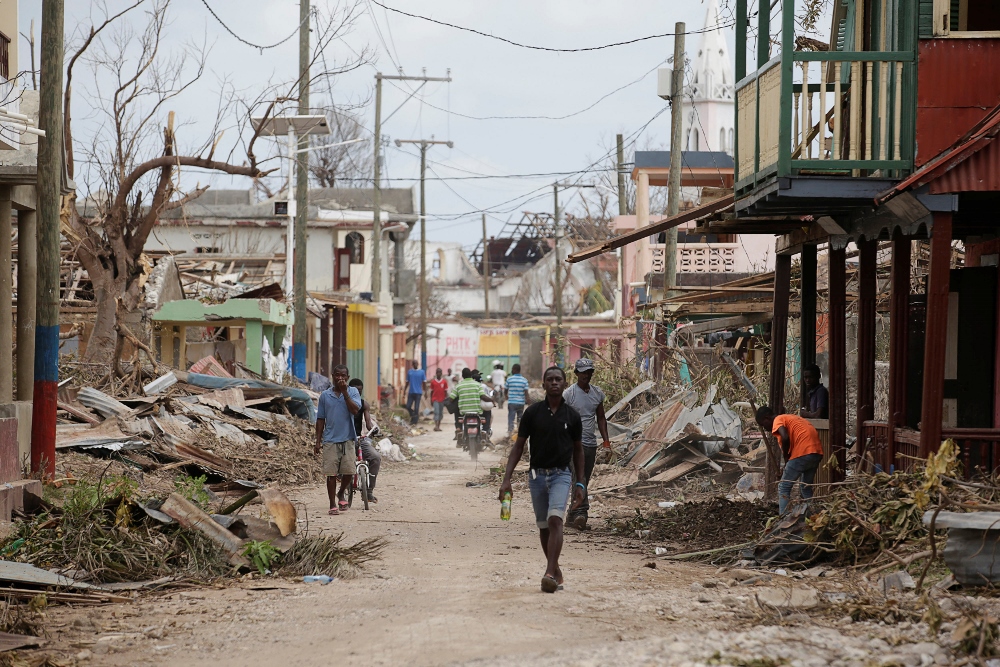 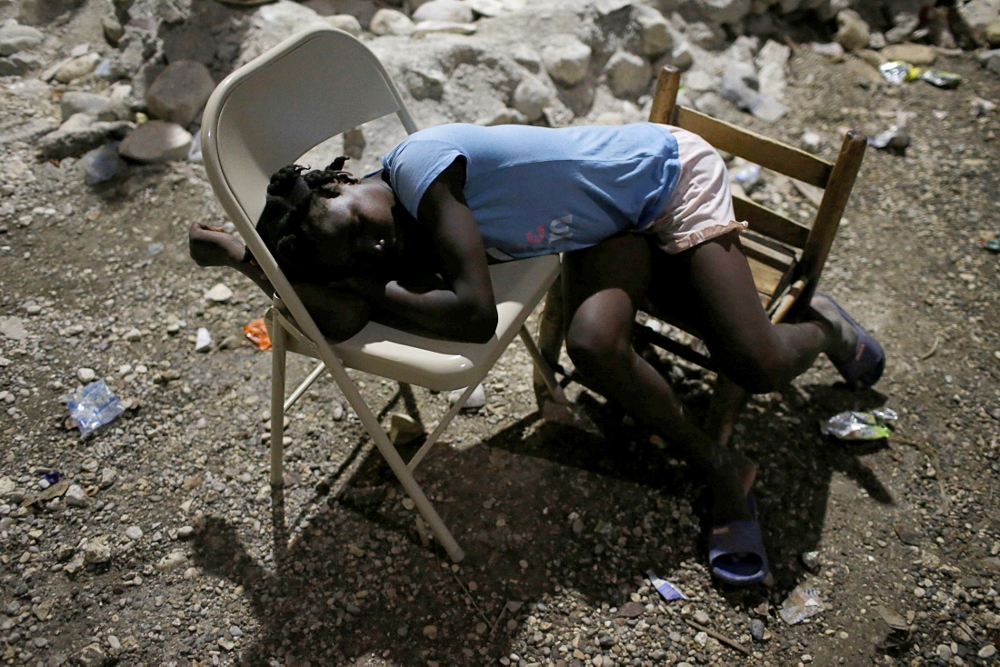 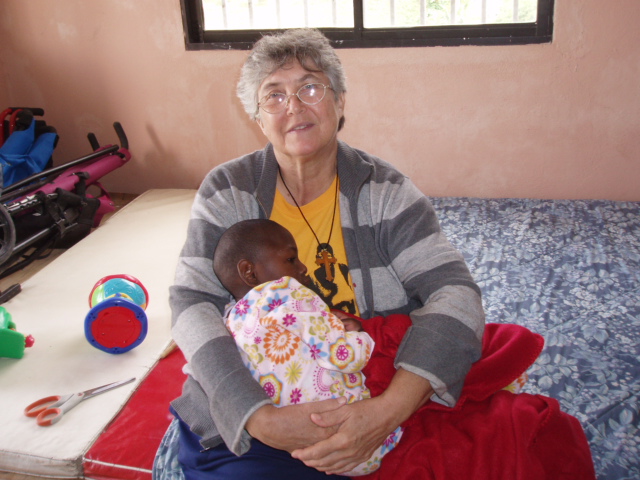 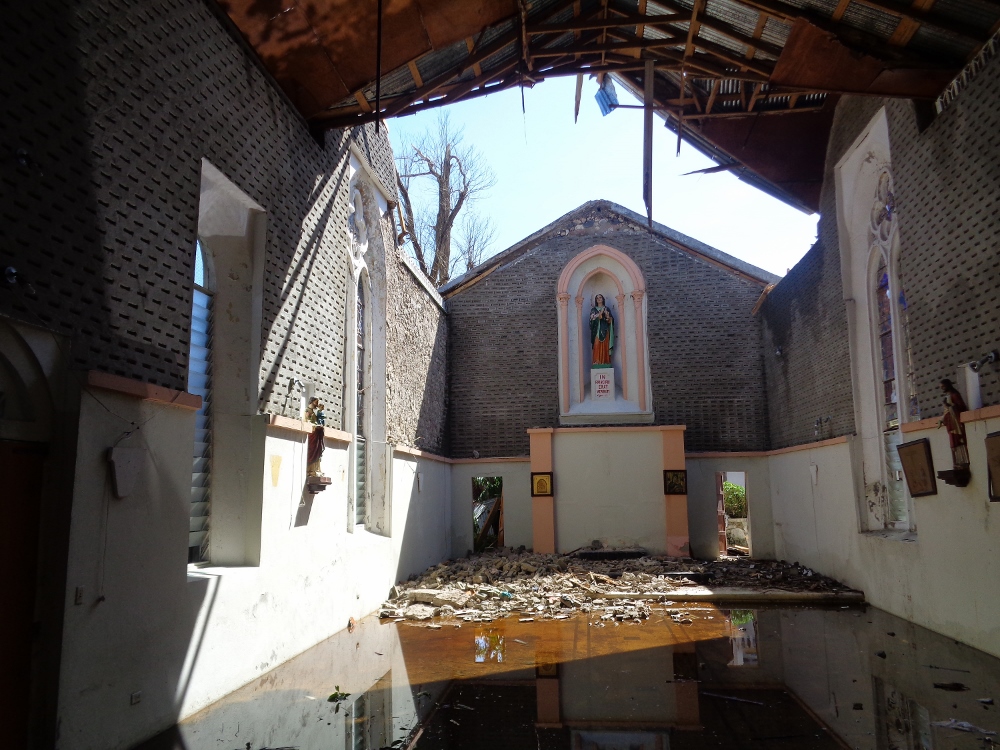 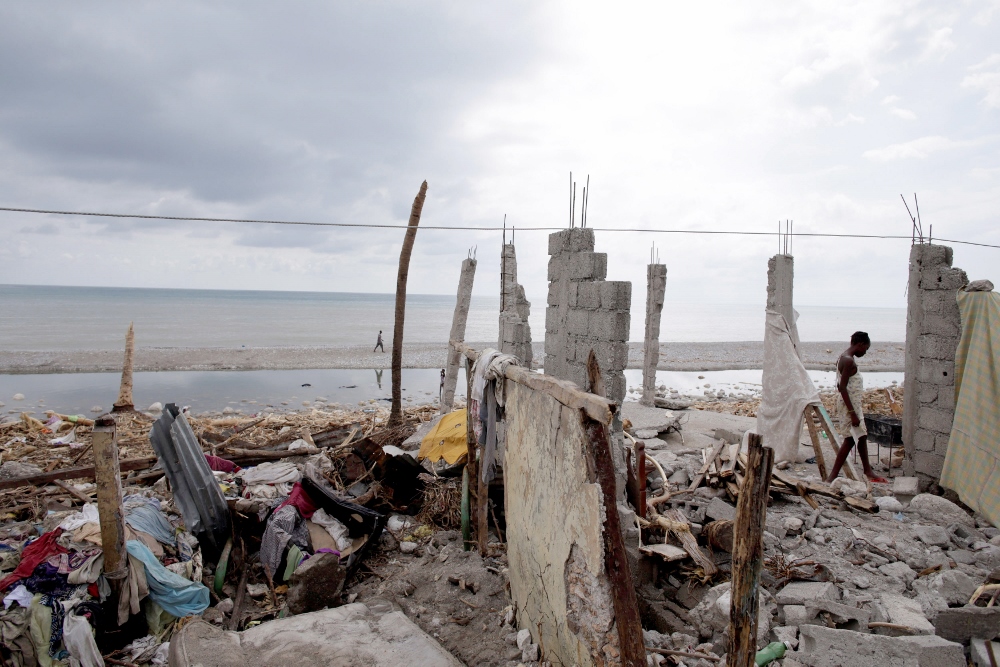 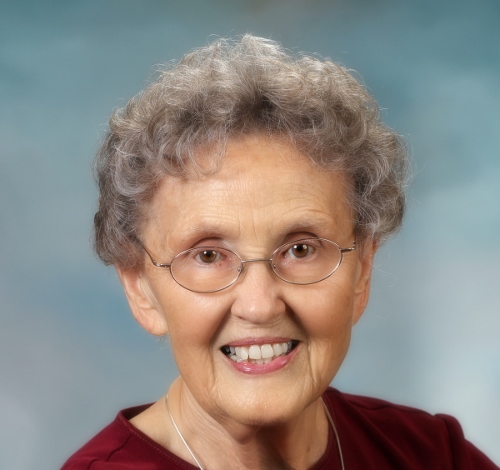