Spend a morning under a shade tree with residents of the tiny village of Kabu and it is easy to see that the challenges they face — food shortages, meager crops, rising crime, economic travails and ethnic tensions — mirror those facing much of South Sudan.

Kabu, with its 125 families located about 10 miles west of the capital of Juba, might be a microcosm for those areas in South Sudan that have not been laid to waste due to famine, or to a four-year civil war, but still face enormous challenges with food security — the availability and access to food.

Yet, there is a sense of hope, however fragile, in Kabu, which is benefiting from efforts by a congregation of sisters from India to build a greater sense of community. The common goal? Grow enough food to sustain the village.

"It's hard work, but seeing the challenges, well, we take them as stepping stones towards our goal," said Sr. Rani Mary, who coordinates the food security program for the Society of Daughters of Mary Immaculate, or DMI sisters, an India-based congregation.

The fields are set back from small houses that are either thatched or made from mud, wood and roof sheeting. Many are home to families with three, or even four, generations.

Taken together, Kabu is a community trying to work out its destiny peacefully. And the sisters have a key role in that.

"The sisters are motivating us," said resident Joselin Tabu, who praises the sisters' work in particular for giving women more of a voice within the community. Men and women have an equal say in a farmers' association that consists of three groups of about 40 each. The three groups cultivate and harvest crops and, when there is food leftover, market it.

There are challenges aplenty in building up the community's food security.

The rainy season was late this year, causing delays in planting — though there was some rain in May and June and, in general, the rains so far have been an improvement over last year. (Harvest is expected to begin in September.)

Still, the dependence on rain — there are no immediate water boreholes near the fields and only one for the community at large — remains a challenge.

More telling, roadside robberies and overall insecurity have made people wary of venturing out to the fields. In late May, several people working in the fields were robbed of cash, cellphones, farm implements and tools.

Even so, the flat land with fields planted with corn, peanuts and sorghum holds hope, despite these setbacks "The land is beautiful," said resident Oliver Andrea.

It's not only the land that presents challenges. South Sudan's economy is in tatters. Many people have not been paid their salaries or pensions for months, or even years. Devaluation of the local currency, the South Sudanese pound, is making purchases of food and everyday items like soap and other hygiene necessities a challenge.

And the country's civil war has exacted a cruel price: The United Nations' World Food Program said that, before the conflict, the country was making progress in its fight against hunger. But with at least a million displaced, either within the country or outside, the country has reversed its progress. The World Food Program says that South Sudan now "ranks as the 11th country in the world for child hunger, with 32.5 percent of children under the age of 5 underweight."

In terms of food in Kabu, residents say they are hungry. Not starving, but hungry — meaning people are coping with smaller meals, once-a-day meals, or meals without meat or other proteins.

Though many — relief agency officials, locals and sisters — say South Sudan has the resources to become relatively self-sufficient in growing its own food, the country has developed an import-based economy, in which much of its food comes from neighboring countries like Uganda.

A lot of that has to do with South Sudan's decadeslong war of independence from Sudan — during that war, South Sudanese become dependent on imported food. That conflict ended with the country's independence in 2011, though civil war within South Sudan began in 2013 and so the dependence on food imports remains.

And with a shortage of hard currency, like the U.S. dollar, the government has opted to devalue the pound. As a result, the price of everything has soared — vegetables that cost a few pounds years ago now cost 50 times that amount.

"These are linked problems — one after one," said Mary, who along with Daughters of Mary Immaculate Sr. Shebi Rengitha visits Kabu several times a month. As a congregation, DMI has worked with the villagers since 2012.

The sisters affirm the villagers' complaints about rain and the overall difficulties of economics and insecurity. There are also the problems of poor roads, which make getting tools, tractors and implements to the farm areas difficult.

But the challenges are also deeper in some ways.

It is difficult for the sisters to organize communities like Kabu, they said, because of continued problems in uniting people for a common purpose. Ethnic differences remain a key — even outsize — part of life in South Sudan.

In the case of Kabu, people of different groups — for now — get along in a fairly neighborly way. (The people in Kabu are mostly Bari and Mundan, and many are migrants from other parts of South Sudan and Sudan.) But even in Kabu, where the land is owned by members of the Bari tribe, it's hard for many to look beyond loyalty to an ethnic group — especially when the current government is seen as primarily Dinka, the largest single group in the country. Those who are not Dinka say they feel repression or the threat of it, though they are reluctant to mention specifics.

"It's a big challenge to bring people together," Mary said.

In a nation of some 60 ethnic, or tribal, groups, that isn't surprising — but the continued tensions and the ongoing civil war that has uprooted millions and killed hundreds of thousands mean that nothing is really settled in South Sudan. So things like long-term economic planning or reforms get pushed to the side.

"If the country is not at peace, everything is in disorder," Mary said. "Basic needs can't be met."

Many in South Sudan don't believe ethnic tensions are a given or set in stone, but rather are being used and exploited by politicians. Dismissal of "politicians" is all too common.

Some in Kabu are hopeful about their community but not about the larger political situation in the country. "You can't be optimistic listening to the radio, all of the warring parties," said Erasto. "We don't know what is next. You don't hear anything good about bringing peace. We hope God will intervene and bring peace to South Sudan."

But the residents in Kabu have been able to grow and harvest crops for themselves for a few years now and feel good about that — and the influence of the DMI congregation.

The sisters carry a message of the importance of commitment, cooperation and people working together side by side.

The work of religious, both men and women in South Sudan, Mary said, "is God's work." 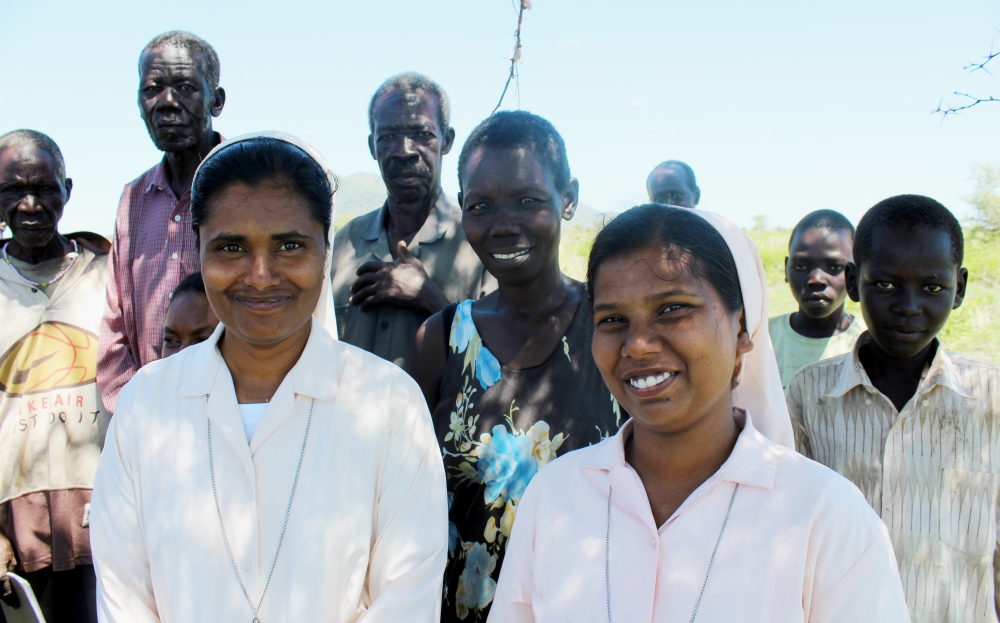 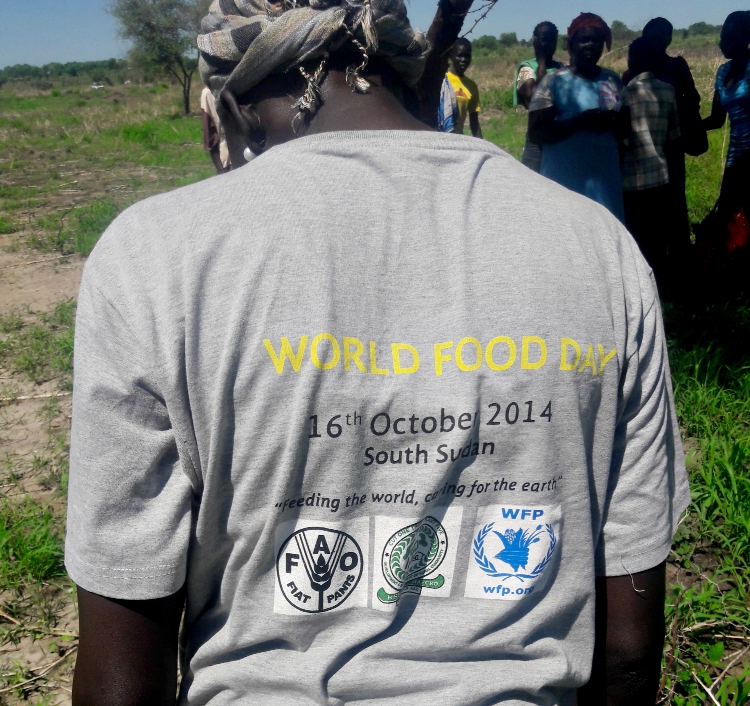 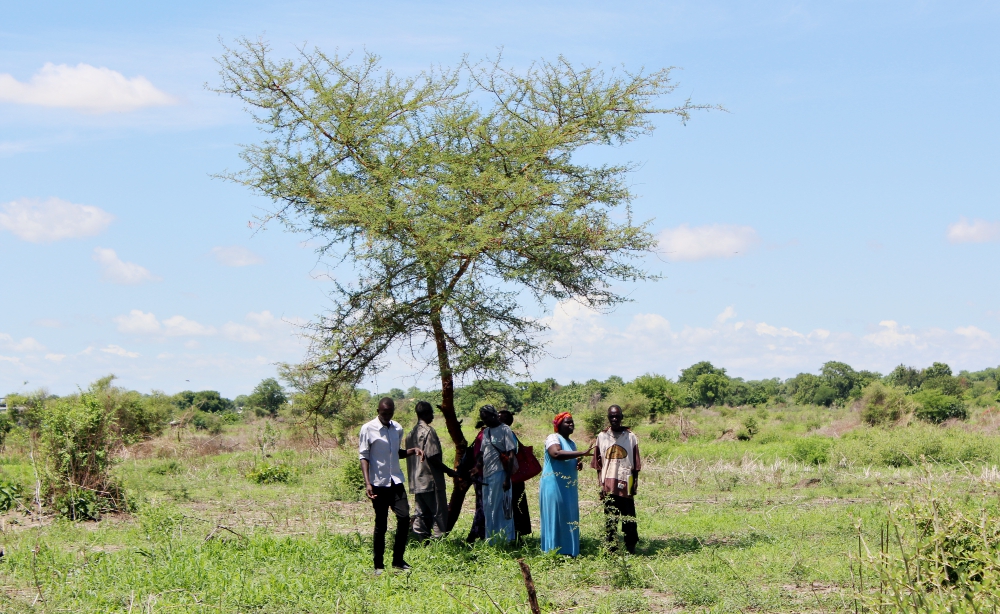 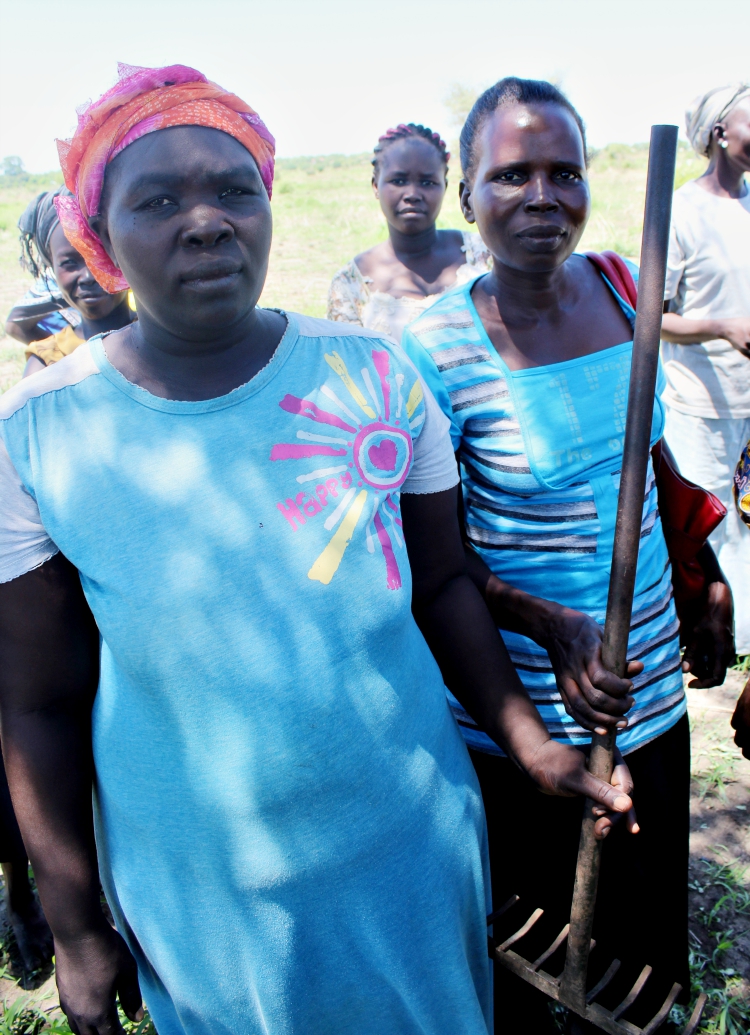 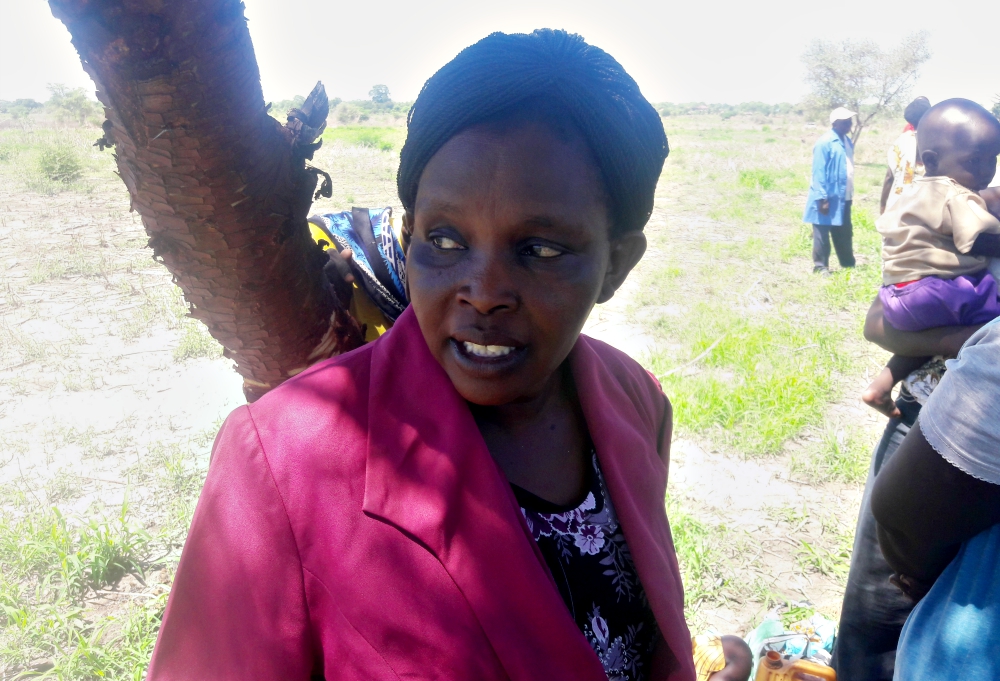 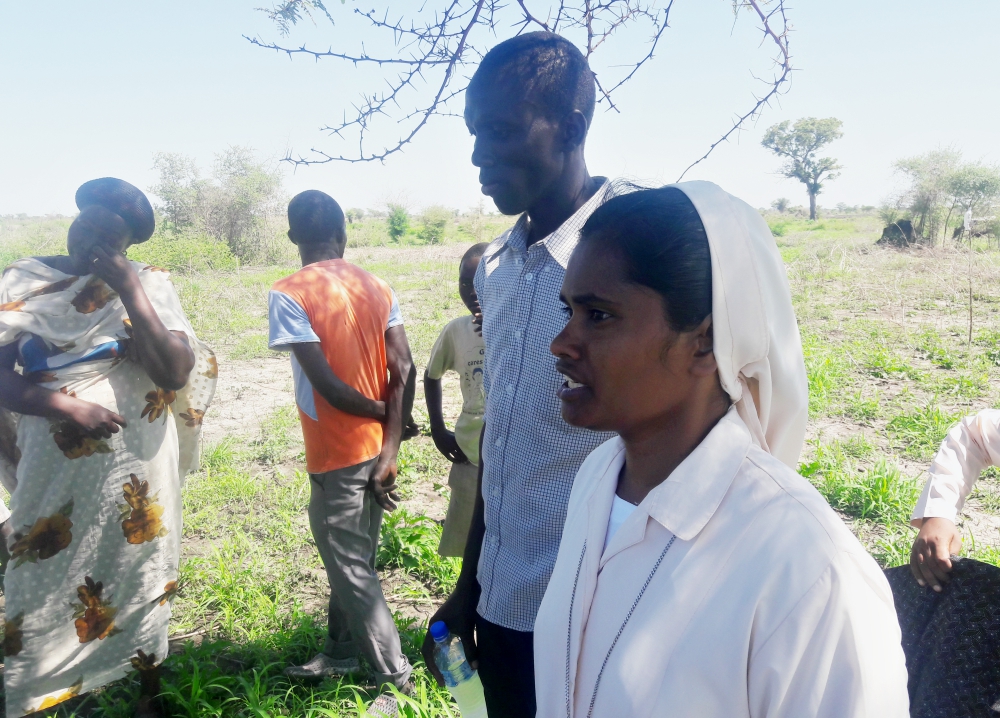