On September 2, Sr. Isabel Solá Matas left a bank in the Haitian capital of Port-au-Prince with money in her purse.

Although accounts differ on where Solá, 51, was headed, the Spanish member of the Congregation of the Religious of Jesus and Mary may have been going to the prosthetics center she founded for people who lost limbs in Haiti's devastating 2010 earthquake.

Solá never got there. The aging white SUV that Solá was driving got stuck in traffic, authorities said. Though there are varying accounts of what happened next, two men approached the vehicle. At least one of the men shot Solá and a passenger in the front seat. The men took Solá's purse and fled.

Solá died instantly. The passenger, a woman, was wounded and taken to the hospital.

"Isabel's loss is immense," Fr. Hans Alexandre said at Sacred Heart Parish, where Solá's prosthetics ministry is based, Vatican Radio reported. "In doing this, they didn't just kill a person. They killed the hopes of so many."

"This kind of crime is common in Haiti, especially in Port-au-Prince," Sr. Ghislaine Landry, a French-Canadian member of the Sisters of Providence, told GSR. "I believe that poverty, the lack of jobs, poor governance of the state, the weakness of the Haitian police, and corruption are the main causes of this type of crime that generates a climate of insecurity."

Sr. Judy Dohner, an American Sister of the Humility of Mary, used starker terms: A woman who had dedicated her life to the poor of Haiti was "murdered during a robbery in a traffic blockade."

Dohner spoke Saturday on the campus of Nos Petits Frère et Soeurs Hospital, where she manages a medical depot. In an interview with GSR, Dohner said murder and robberies are too common in a country struggling with hunger, poverty and insecurity.

"It was a robbery. A murder in Haiti," Dohner said outside the hospital's chapel. "You can bet somebody at the scene knows who [Solá's killer] is."

Dohner said in her 14 years in Haiti, she knows at least eight people who have been shot, though added that murders in public are not rare in the United States, either. "Like Chicago," she said.

On Saturday morning, Fr. Enzo Del Brocco, a U.S. Passionist missionary, celebrated Mass at a chapel. In a homily honoring the feast day of St. Gregory, Del Brocco focused on the verities of faith, life and the eternal. But he also honored Solá and asked, "Who would kill someone who was helping the poor? Why?"

The question was poignant that morning: Two small coffins lay on the floor of the chapel, one with the bodies of two infants, another with body of a small child.

Coffins of children on a cool, concrete chapel floor are reminders of the toll that hunger and sickness take on an impoverished, struggling country. And they are the conditions that Solá worked to end.

Murder. Death. Working for justice. And hope. All have deep resonance in Haiti, and Solá's death is a reminder of the urgency of the church's ongoing work, something that was on display two days after Solá's murder, when the Cathedral of Port-au-Prince marked the canonization of Mother Teresa on September 4. This cathedral, built to replace the one destroyed during the 2010 earthquake, is not far from the area where Solá died.

Dozens of Catholic sisters — including a large number of the Missionaries of Charity, Mother Teresa's congregation — came to honor the new saint. The Mass was celebratory and hopeful, though talk of Solá's death was in the air.

"She is a martyr for the Lord," said one Missionaries of Charity sister from India who asked not to be identified by name.

Landry, who attended a different service on Sunday, remembered Solá as "a good friend of our community."

"She was a simple woman, energetic, enterprising, a woman of vision, fully given to the poor," Landry said. "She gave her life to the poor."

Landry said Solá's prosthetic work was only a part of her mission. Solá had "managed to find donors to build schools in remote and disadvantaged areas," Landry said. "She worked in the training of teachers for these schools."

Solá's death is a loss for Haiti, Landry said, in part because the Spanish missionary was at the center of so many dreams "to achieve for the disadvantaged."

"This is a loss for Haiti that would have had many years to benefit from her creativity, her audacity, her expertise, her many talents," she said.

Landry added that Solá was a "victim of the insecurity in the country," and her murder makes many sisters consider the risks of their work.

"Who knows if tomorrow it will be me, the victim. Every time I have to go to the bank, I think," she said.

But Solá's commitment is the sisters' commitment, and their work continues.

"I feel a call to serve in Haiti. I believe in the mission that I am here and I am ready to devote my life to the end, whatever may be the end," Landry said.

Sr. Annamma Augustine, a member of the congregation of the Missionary Sisters of the Immaculate Heart of Mary, or ICM Sisters, worked with Solá on a number of projects, including a mobile health clinic in Port-au-Prince.

She told GSR on Tuesday morning, September 6, that Solá "gave her whole self to her work."

Solá had been good in finding contacts for raising money for the mission work, Augustine said, but "it's not the money that was important. It was her service."

Pope Francis mentioned Solá and her dedication to the people of Haiti at the canonization of Mother Teresa on Sunday in Rome.

Likewise, during his homily at the Sunday Mass celebrating Mother Teresa, Port-au-Prince Archbishop Guire Poulard spoke not only of Mother Teresa, but others of the church who have worked on behalf of those living in poverty in Haiti and elsewhere.

"It's only the saints on the altar we honor," Poulard said. "There are so many other people who have sacrificed their lives for this country."

Among those he mentioned: God's servant, Sr. Isabel Solá Matas of Barcelona, Spain, who died on a street in Port-au-Prince, Haiti. 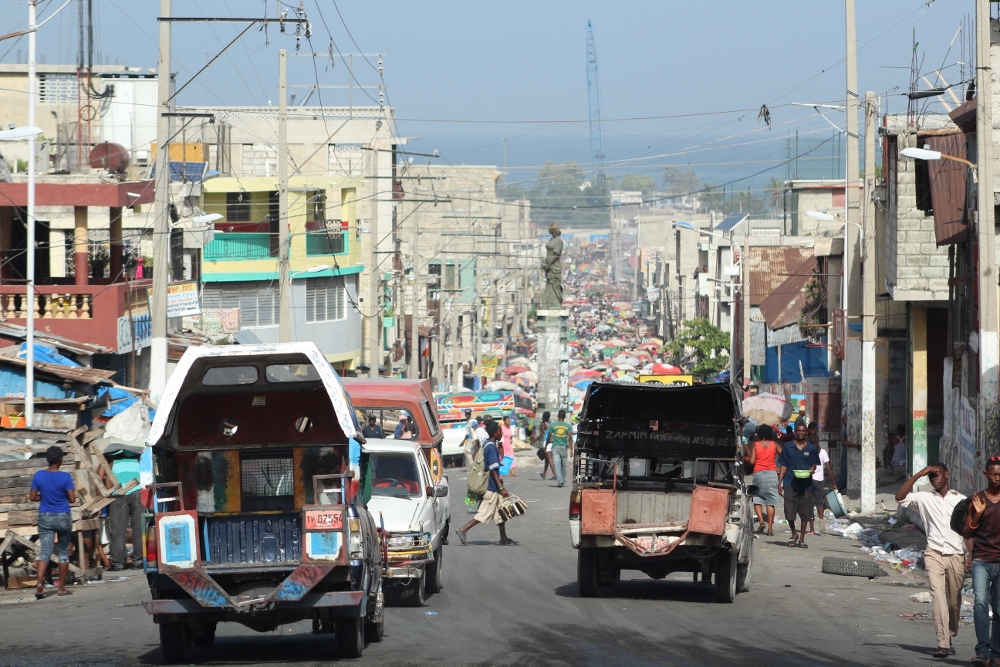 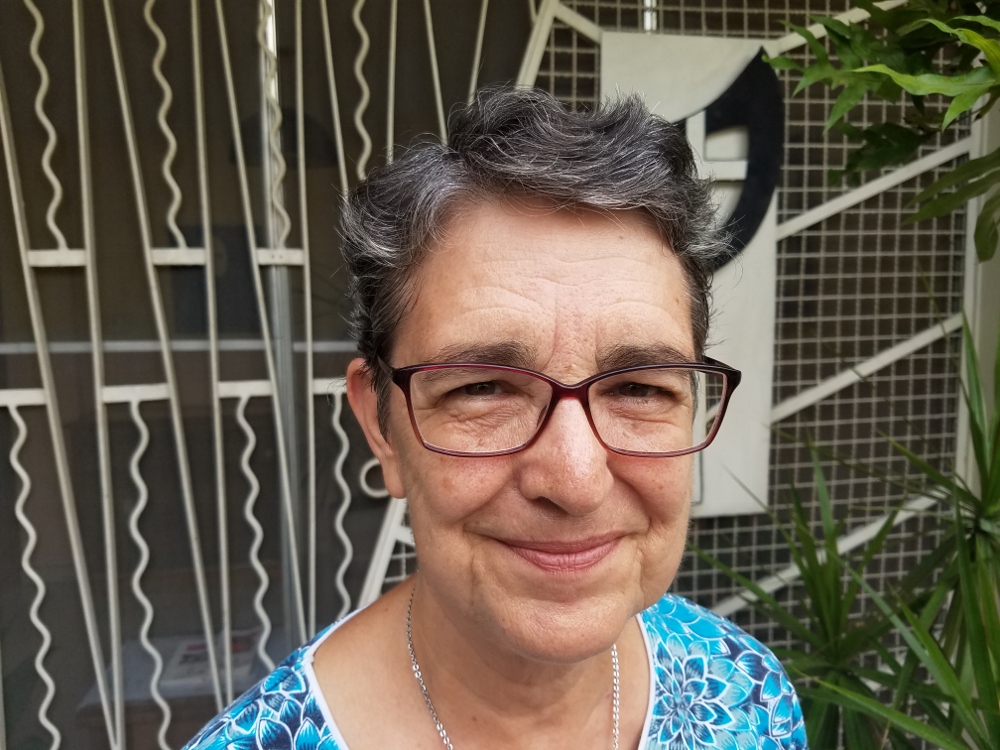 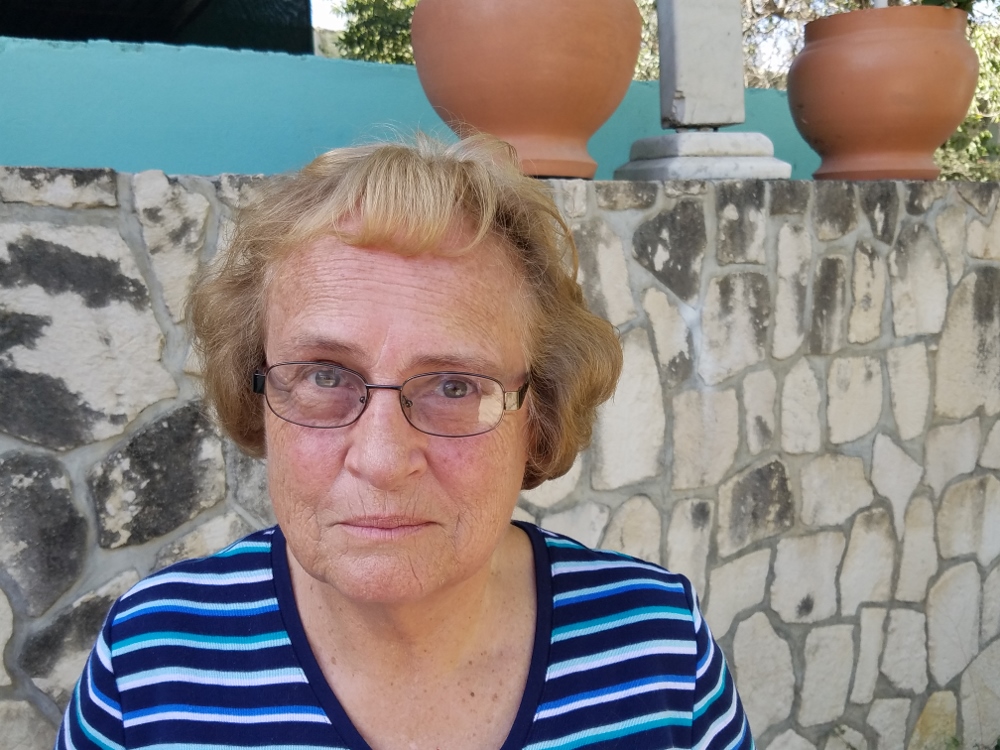 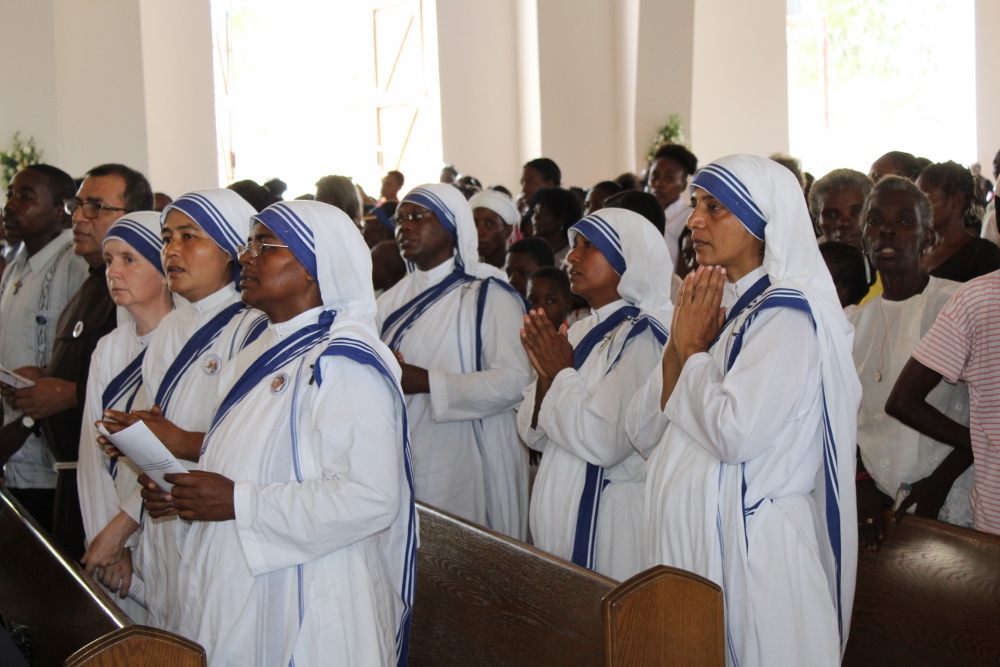 Image
Looking down toward the Bel Air area Port-au-Prince where Sr. Sola was murdered (1000x667).jpg