Sr. Orla Treacy, an Irish Loreto sister who helps run a boarding school in South Sudan that she and her order started, and whose work in the war-torn country has continued for more than a decade, is one of 10 recipients of the 2019 U.S. Department of State's International Women of Courage Award, an annual honor recognizing women who "have demonstrated exceptional courage and leadership in advocating for peace, justice, human rights, gender equality and women's empowerment."

In announcing the awards March 7, U.S. Secretary of State Mike Pompeo said Treacy's work "has become a beacon of hope for girls who might otherwise be denied education and forced to enter early marriages."

But in an interview with GSR later in the day, Treacy put the focus on the accomplishments of the girls who have attended the school, the Loreto Rumbek Mission in Maker Kuei. Calling herself initially "shocked," "unworthy" and "humbled" when she heard she had won the Women of Courage Award, Treacy said, "It's not me, it's about the girls."

"I'm happy to receive the award," Treacy said, "but it's the girls who deserve the award."

Noting the participation of First Lady Melania Trump at the award ceremony at the U.S. Department of State, Treacy said, "When the girls see me with Mrs. Trump, they see themselves with Mrs. Trump." The girls' efforts in securing an education despite many cultural and social roadblocks are what deserve the spotlight, Treacy said.

"They have to work against a lot of odds to get there," she added, noting that there are huge social demands for girls to marry young. Extended families even try to overrule parents who want to keep their girls in school. "We fight to keep the girls in school," she said.

The Thursday ceremony came a day before today's March 8 commemoration of International Women's Day, and in his remarks Pompeo said that women of courage "exist everywhere. Most will never be honored. They face different challenges, but challenges that still matter."

Aside from Treacy, a number of other awardees — including from Bangladesh, Burma and Djibouti — were also honored for their work in areas of conflict and humanitarian challenges. "We're here today to honor women of courage from all around the world who are standing tall in the fact of extraordinary adversity," Pompeo said.

In the official publication honoring the 10 women, Treacy and fellow members of the Institute of the Blessed Virgin Mary, or IBVM, Loreto sisters were praised for initiating a new mission school in Rumbek in 2006.

Treacy was singled out for her continued work as head administrator of the girls' boarding school, as well as a co-educational primary school and a primary health care facility. Rumbek, with an estimated population of 32,000, is the capital of Lakes State in central South Sudan.

"Despite the devastating consequences of war in Rumbek, and the many barriers to women and girls in the community, Sr. Orla remains filled with hope, and the Loreto Schools stand as a beacon of light for future South Sudanese generations," the publication said.

In an guest editorial appearing today in National Catholic Reporter, Callista Gingrich, the United States Ambassador to the Holy See and who nominated Treacy for the State Department honor, noted, "In a country with one of the world's highest rates of maternal mortality, 53 percent of girls in South Sudan are married by the age of 18 (nearly one in 10 by the age of 15). And 76 percent of girls do not receive an education — the highest rate in the world."

The work at the Rumbek school, Gingrich said, have helped changed the lives of 1,200 students "from across the country in a single decade, representing more than 64 ethnic groups."

The current civil conflict has exacerbated ethnic tensions, and in her interview with GSR, Treacy said that bringing together students from different groups and different parts of the country — as has been done in Rumbek — is a key element in changing political and social dynamics in South Sudan.

It is also helping lay the groundwork for a more peaceful future.

"In conflict, we fear 'the other,' " she said, and the country's future depends on forging a national identity rather than separate ethnic identities. "Education helps with that."

Sr. Joan Mumaw is the president and chief administrative officer for Friends in Solidarity, the U.S. partner to Solidarity with South Sudan, a ministry of sisters, priests and brothers training nurses, teachers and midwives in South Sudan. Solidarity works in partnership with Treacy's school, and a number of graduates of the boarding school have gone on for further education at Solidarity-run institutions.

Mumaw, a member of the Sisters, Servants of the Immaculate Heart of Mary, or IHM Sisters, described herself as "thrilled" about Treacy's winning the award.

"There's no more courageous woman in South Sudan, doing what she is doing," Mumaw told GSR. "It's real capacity-building, what Orla does in terms of helping women attain their education and use their skills and talents for the good of the country."*

Despite the many problems and challenges facing South Sudan, Treacy said she remains optimistic about the country's future, saying "there are so many reasons to be hopeful."

"South Sudan has all of the potential to become a great country, and quality education is a big part of that [potential]."

Treacy said that before returning to South Sudan, she plans to take a retreat of sorts back in Ireland — a 28-day pilgrimage retracing the steps of Mother Frances Mary Teresa Ball (1794-1861), the foundress of the Loreto Sisters' Irish branch.

She called the pilgrimage "a nice reflective thing," a different way of prayer than she does in South Sudan. Prayer is what sustains her amid challenges, she said.

"When you work in an area of conflict, you dig deep in prayer. In South Sudan, you cling to faith," Treacy said. "You pray for everything, because nothing is easy. God's presence in my life sustains me. If I feel that peace, I can help others."

*This story has been updated to include comments from Sr. Joan Mumaw. 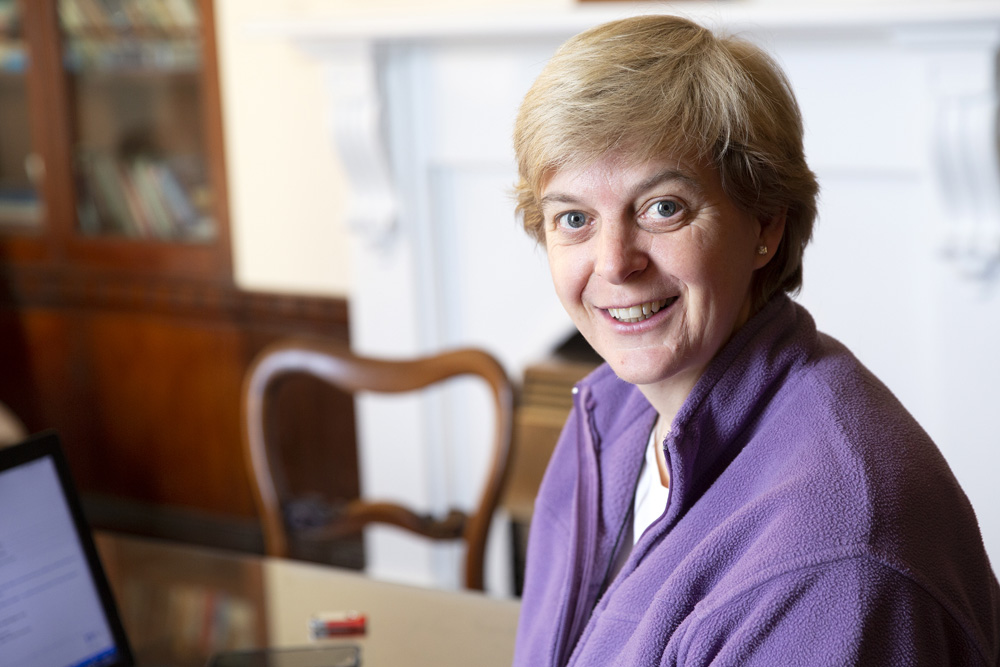