After almost two months of uncertainty and on what could have been her last day in the Philippines, Our Lady of Sion Sr. Patricia Fox and her supporters received news on June 18 that the Philippines' Department of Justice was upholding Fox's missionary visa.

Fox, 71, an Australian national and regional coordinator for the Sisters of Our Lady of Sion, has been a missionary in the Philippines since 1990. She is also a lawyer by training.* Although Fox's battle to stay is not over, the decision meant that she was not going to be deported on what could have been the date for her leave. The DOJ overruled the Philippine Bureau of Immigration's move to cancel Fox's missionary visa and downgrade it to a temporary visitor's visa.

The Bureau of Immigration, an agency under the DOJ, arrested and detained Fox for almost 24 hours on April 16 because of her alleged "political activities," particularly her participation in a human rights fact-finding mission in Mindanao in southern Philippines. She was considered "an undesirable alien."

Fox spoke with Global Sisters Report the day after the DOJ decision. "My initial reaction was relief as I was wondering what my status would be after June 18 if the DOJ didn't come out with a decision," she said. "The BI (Bureau of Immigration) had tried to argue that they didn't cancel my visa, that I forfeited it. Consequently I had no right to appeal. The DOJ basically said this is not in the rules and that everyone has the right to due process. So my missionary visa was restored.

"I was very grateful for the positive DOJ decision. I now feel a bit more relieved that I can continue doing what I did before and be engaged again with the groups I volunteer with, particularly with the agricultural workers."

In gatherings where she was invited to speak, Fox has repeatedly denied the accusation by the Bureau of Immigration and called her work as being with the marginalized poor and those denied their human rights. Philippine President Rodrigo Duterte had publicly unleashed harsh words against Fox but later left it to the DOJ to decide on her case.

Because of the deportation threat, Fox became a symbol for human rights and representation of women on the government's "unwanted" list, her face seen on tarpaulins, streamers and printed and digital posters. She was frequently invited to speak in forums and gatherings.

Posters distributed at a June 7 forum where she was a speaker have her words: "Where there are victims of abuse and poverty, where there are people who are fighting for justice and freedom—the Church should be there." That forum was organized by the Rural Missionaries of the Philippines, which Fox headed from 2000 to 2007, and the Solidarity with the Poor Network.

In that forum, Fox said: "An authentic faith always involves the desire to change the world."

Right after the DOJ decision, Fox was interviewed on several late TV news programs. Speaking in Filipino, she expressed thanks to people from different sectors who supported her throughout her ordeal. The following day, she was the banner story and photo of the Philippines' leading broadsheet and online news source.

Fox added that the Australian embassy, on hearing the news, rang her up immediately. "The embassy has been very supportive and helpful but behind the scenes."

The issue about her missionary visa is not quite over, Fox said. "The DOJ didn't actually rule on the legal arguments so these are still open. I am sure the BI (Bureau of Immigration) will take some action but the same avenue of appeal is open whether they decide on cancelling my visa or go ahead with a deportation case. I feel that Justice Secretary Menardo Guevarra has shown a lot of integrity which gives me some confidence of at least being given due process. I would love the BI just to forget about the case but I don't expect that to happen."

Guevarra has been justice secretary since April.

Fox challenged the order for her to leave on May 25 but she appealed to the DOJ which allowed her to stay until June 18 while her motion for reconsideration was being decided upon. Fox argued that she was not given a chance to refute the charges against her.

But still a cause for worry for Fox is how missionaries like her could continue their work. Fox had earlier told GSR that after her arrest that immigration officials had told her that missionaries were to confine their work only in the area of their registered residence, something she found restrictive if not puzzling.

"What about going to the periphery that Pope Francis said we should do? Our work should go beyond just teaching doctrine or just staying in our little barangays (an area or barrio).

"We have talked to ecumenical groups who are worried about the role of a missionary being defined for them. We plan to follow this through and come up with some reflections as to how we as an ecumenical community see our missionary role in the current situation."

In one of her forum speeches, Fox had said: "Immigration officials defined my involvements as political. For me my work is in the tradition of the church's social teachings. It is our duty to speak out, offer alternatives and support the people's causes."

She explained that among the problems the fact-finding mission to Mindanao found out had to do with just wages and security of tenure. "Justice is a constitutive part of the Gospel," Fox said.

Fox described people's response to the DOJ decision as "amazing." "I have received messages from people saying how happy they are with the decision, which always motivates me to keep going, knowing I have such support. My lawyers were really happy after all their efforts but, of course, they know it is not the end. I plan to continue my support of the farmers groups I have been working with."

*This story has been updated to include that Fox is a lawyer by training and the regional coordinator for the Sisters of Our Lady of Sion. 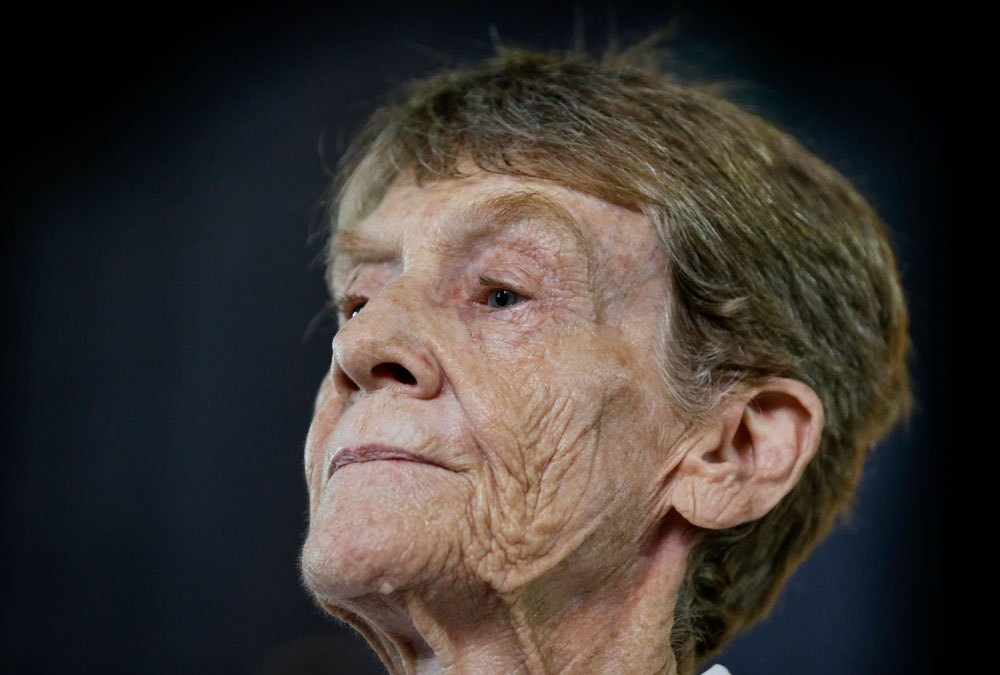 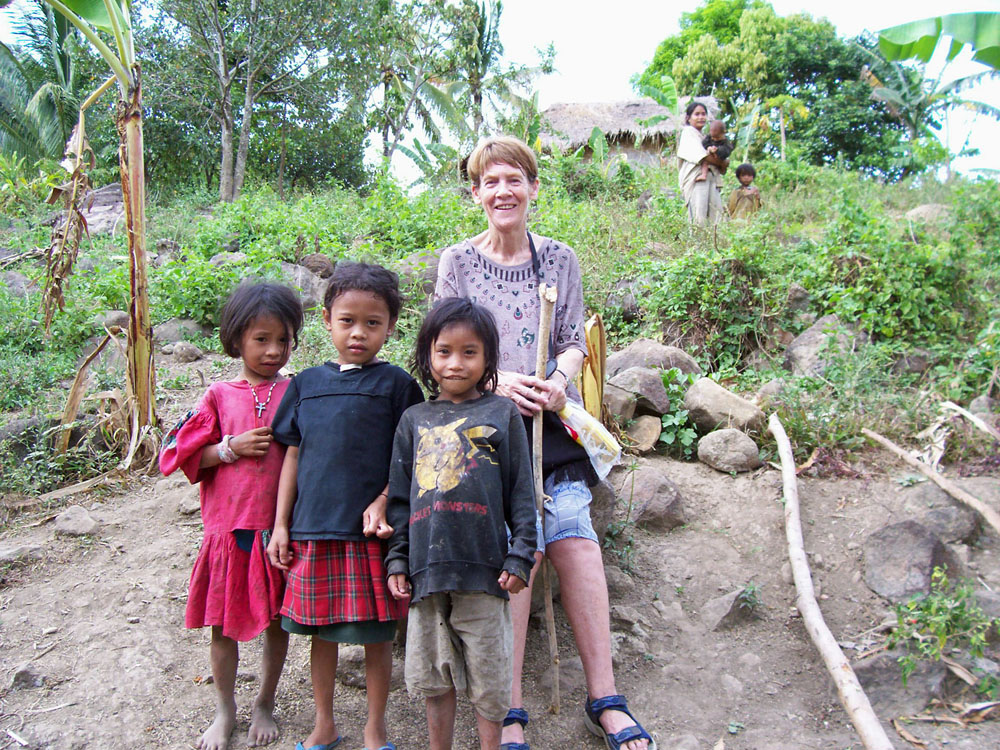 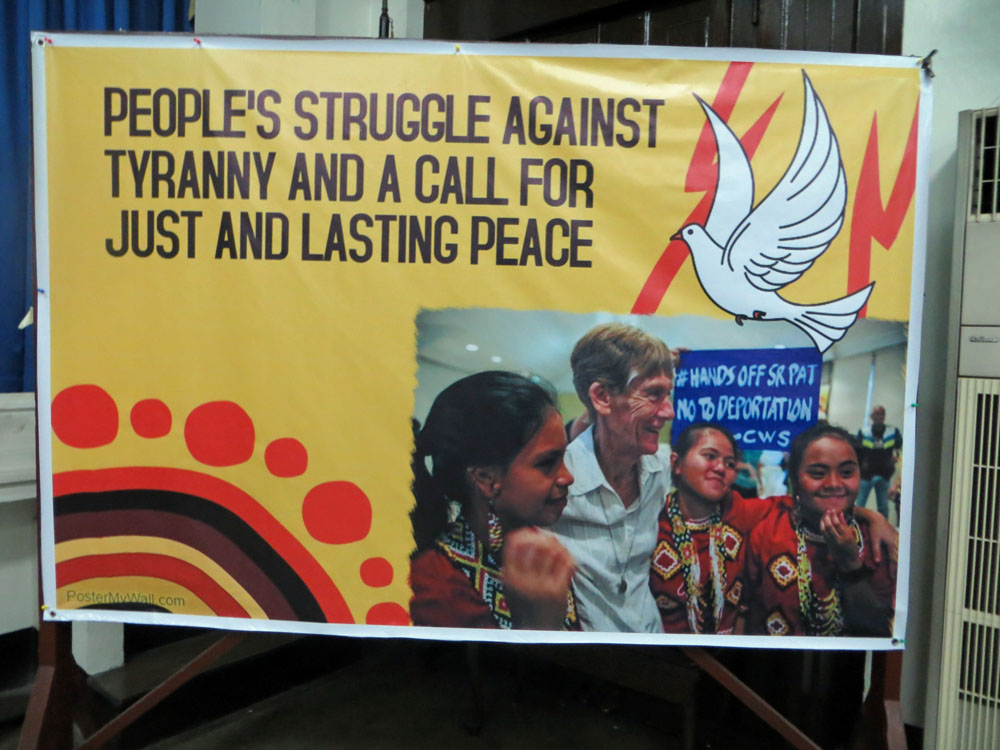 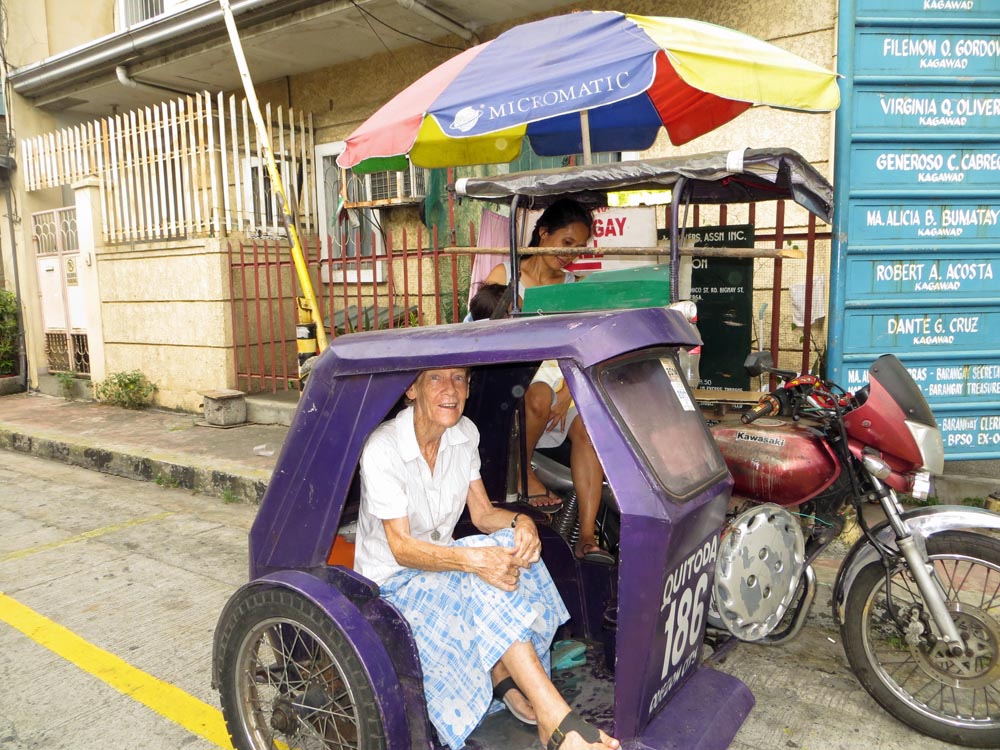