Success of English-language program for immigrants 'a gift from God' 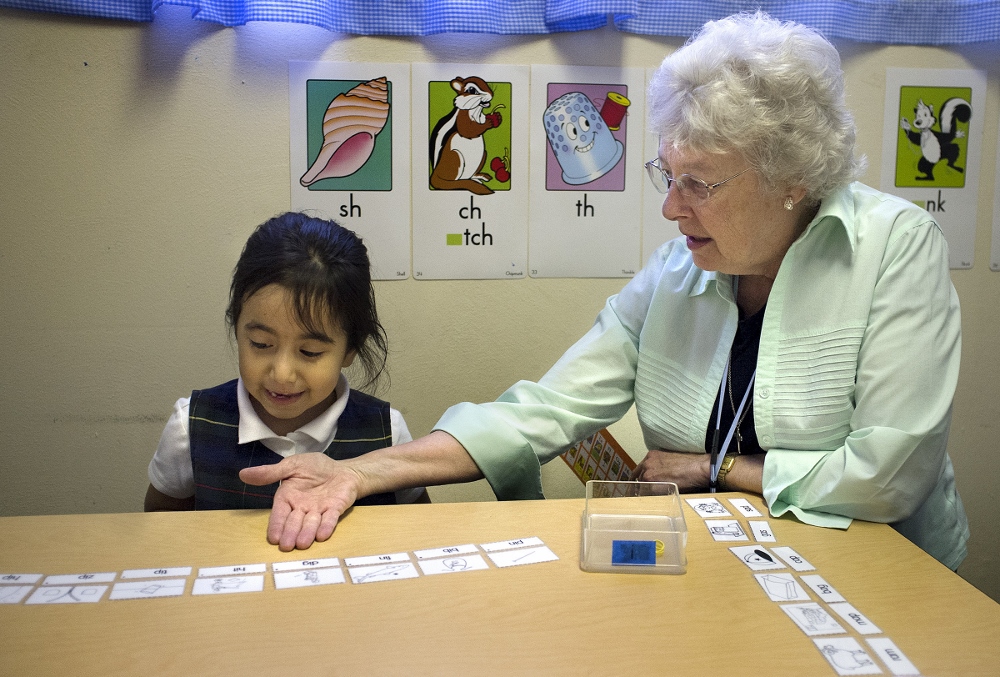 Sr. Joyce Schramm, a Sister of the Most Precious Blood, works with Holy Trinity Catholic School kindergarten student Rocio Reyes Nov. 13 as part of the English as a Second Language program at the school in St. Ann, Mo. (CNS photo/Sid Hastings, St. Lou is Review)

As soon as he did, the kindergartner rushed to her to demonstrate his ability to pronounce sounds of the letters and say the words matched to the symbols on an alphabet chart.

When he completed the assignment nearly flawlessly, William went a step further, showing Schramm that he had expanded on his lessons.

With his index finger pointed to his eye, he said: "This is eye – e."

After only a couple months of the school year, the kindergarten students in the English Tutoring Project at Holy Trinity School in St. Ann already are reading words and making booklets they bring home.

Schramm, a Sister of Most Precious Blood of O'Fallon, tutors William and 17 other students at Holy Trinity in kindergarten, first and third grades. The children, she said, are having fun as they learn.

"It's hard work but so rewarding," she told the St. Louis Review, newspaper of the Archdiocese of St. Louis.

Margaret Ahle, principal of Holy Trinity, said the English Tutoring Project, which set up its program at the school this fall, "has been a gift from God. Our resources are limited. We're working with students who are economically deprived for the most part, and it was very difficult to meet their needs."

The teachers have seen more improvements in the students than they normally see at this time of the year, she noted. It translates to all subjects – math, science and social studies included. 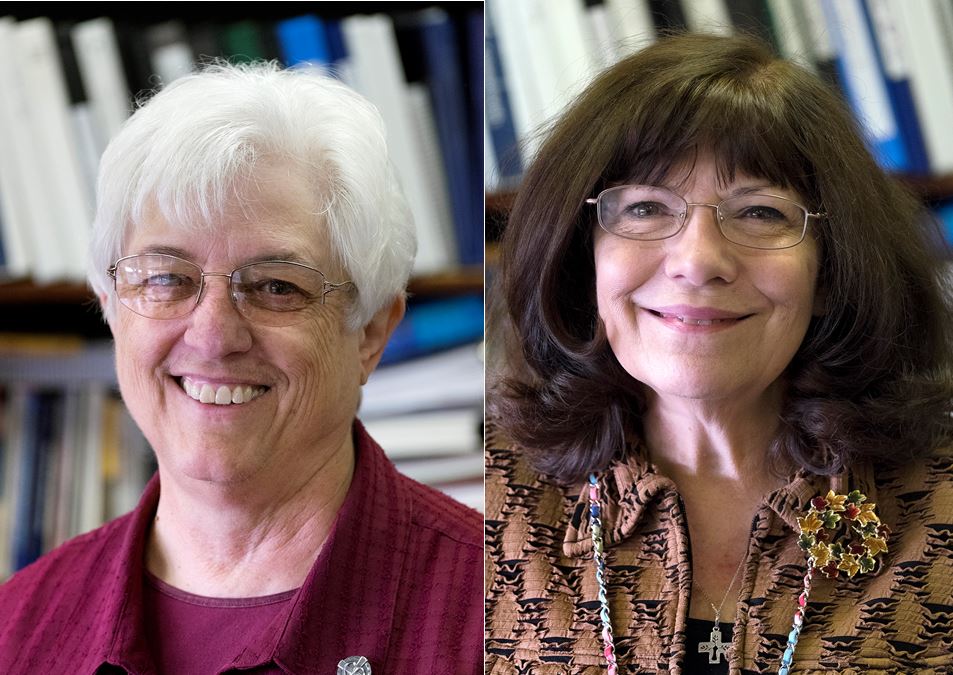 The women religious who founded the program 16 years ago had looked for an educational need that was unmet and focused on students in Catholic schools who were not native English speakers. It fit the mission of women religious, whose communities had come to the United States many years ago to serve an immigrant population.

When two schools that had the tutoring program closed at the end of the last school year, the program began working with the families of its students to help them find a place in another Catholic school.

Several potential sites were identified, and Holy Trinity in St. Ann was selected. A part-time teacher began work at the first school outside the city of St. Louis to be in the program. Two other schools are also being served by the program. 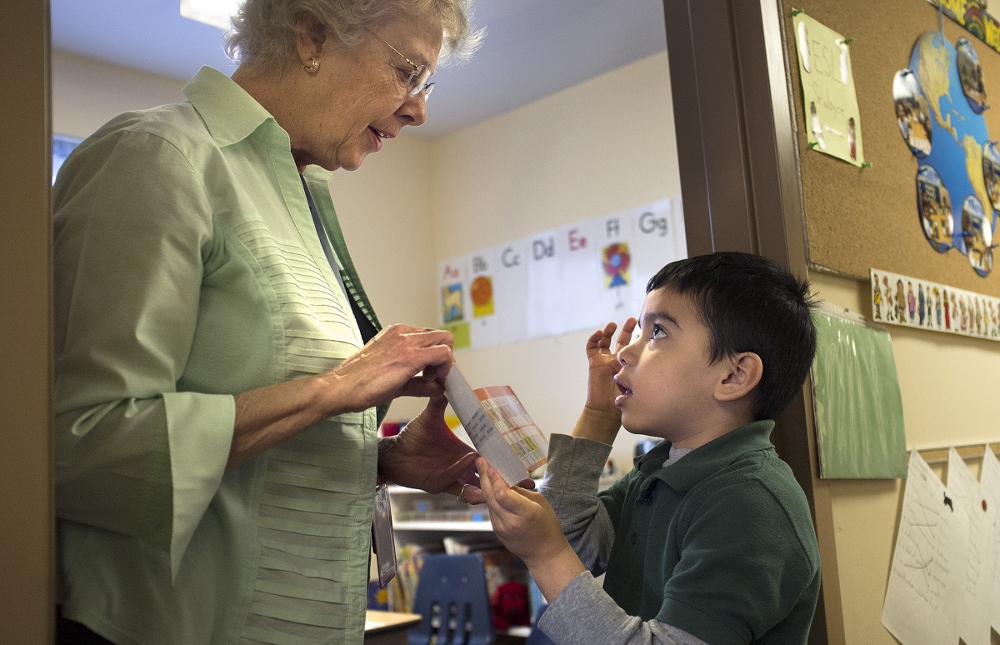 The free program is funded through donations, primarily from women religious communities. The instructors are women religious. Additional grants and donations of funds are sought.

The English Tutoring Project is integrating technology in its instruction, using iPads with the students.

The program fills a need because many of the schools don't have the resources for tutoring, Koenen said. Immigrant parents want to send their children to a school for a faith-based education in a safe environment with high academics and achievement.

"It's hard for a classroom teacher to also minister to that child in a special way," Koenen said. "So it helps when the child can be taken out of that class and we can emphasize English in a small-group setting."

The tutors are certified schoolteachers and are skilled at teaching the English language. They participate in a state-run organization for migrant education.

In all, 106 students are served, representing 11 countries of origin. The largest number come from Spanish-speaking countries, and the next largest is Vietnamese.

Successes are easy to spot. Koenen tells of a child at St. Stephen who is on the speech team. Graduates of the tutoring program attend various Catholic high schools, including three high achievers now at Notre Dame High School. A student in the sixth grade at St. Francis Cabrini had test scores that were in the first through fifth percentile when she started and now are in the high 80s and 90s.

At Holy Trinity, Schramm helped another kindergartner, Racio Reyes, learn the proper way to pronounce words starting with the letter "b." Soon, Racio said the word "bib" and moved on to other words, looking at her teacher with a smile and bright eyes.

[Joseph Kenny is a reporter at the St. Louis Review, newspaper of the Archdiocese of St. Louis.]

Q & A with Sr. Vivien Okereke