Shortly after Srs. Olga Raschietti, Lucia Pulici, and Bernardetta Boggian were killed, the Xaverian Missionaries of Mary issued a statement expressing gratitude to the women for "giving their lives to the end, and to all who sent messages of support and solidarity. The order said they were also praying for those who "committed this senseless crime." Brief bios on the nuns accompanied the statement. A book about the women and their writings will be released in fall 2016.

Olga Raschietti was born August 22, 1931, in Montechhio Maggiore, a town in the north Italian province of Vicenza. She entered the Xaverian Missionaries of Mary at age 25. In September 1968, she left for the Congo (then Zaire) where she spent almost the entirety of her missionary life carrying out pastoral activities and cathechesis in various parishes throughout the Uvira diocese in South Kivu Province.

"With faith and courage," her order noted, Olga lived through the wars that "tore the nations of the African Great Lakes region," sharing in the insecurity of those times with the Congolese.

From 1975 to 1977, she served as a Xaverian delegate — an administrative position within the order — representing Congo and Burundi. In 2010, she was assigned to the Xaverian mission in Kamenge, a district of Bujumbura, Burundi's capital. Too frail for formal ministry, she nonetheless conveyed a pastoral presence. Her community said Olga loved meeting people, visiting the elderly and infirmed, and was often seen walking and praying the rosary around the mission compound.

In July 2013, Olga confided to a sister, "I am now almost in my 80s. On my last visit to Italy, the superiors were uncertain about my return to Burundi. One day, during [Eucharistic] Adoration, I prayed, "Jesus, may your will be done, but you know I want to go back. I clearly heard in my head these words. 'Olga, do you think you will save Africa? Africa is mine. Despite all, I am however happy you are leaving: Go and give your life!' From then, I never had any doubts."

The day Olga was killed, she had served as Eucharistic minister at the morning Mass.

Lucia Pulici was born September 8, 1939, in Desio, a town in the north Italian province of Milan. She became a missionary on October 23, 1960, at the age of 21, and in 1970 departed for Brazil. There she worked among the poor as nurse and obstetrician for 12 years, eight of which were spent in the Amazon. In 1982, she was sent to the Congo where she nursed and midwifed for 25 years.

"Lucia helped many babies come into the world, many mamas into motherhood," her order noted. In 2007, Lucia was assigned to the Kamenge mission in Burundi. Although age and poor health prohibited her from continuing her beloved profession, she chose to remain in the mission offering what her sisters described as "a presence of prayer and fraternity."

In October 2013, on the eve of her departure from a visit to the Motherhouse in Italy, Lucia said, "Now, I am returning to Burundi, at my age and in a weakened state that doesn't allow me to run around day and night as before. Inside, however, I can say my desire to remain faithful to the love of Jesus through the mission is still very much alive. The mission helps me in my weaknesses to tell him: 'Jesus, look, this is my gesture of love for you.'"

Lucia was killed the day before her 75th birthday.

Bernardetta Boggian was born October 17, 1935, in Ospedaletto Euganeo, a village in the north Italian province of Padua. She became a missionary on October 7, 1961, at the age of 26. After years of preparation, she left for the Congo (then Zaire) in 1970 where she spent most of her life, dedicating herself to pastoral work and the promotion of women. Bernardettta helped develop adult literacy programs and schools and training programs for women and girls.

In 1978, she was called to Italy and appointed general Councilor of the Congregation, a position she held until 1984 and from 1993 to 1996. She returned to the Congo in 1997, and like Olga, endured difficult war years. In 2007, she was assigned to Kamenge. She participated fully in the mission there, nurturing the communal life of the religious and running a modest job training program — a sewing school — for youth. Her community said Bernardetta was always attentive to the needs of the poorest. They described her as a woman known for her welcoming smile, who possessed a "simple and fraternal capacity of being with others" despite the barriers of culture and language.

In August 2013, she wrote, "We must nourish in ourselves a sense of sympathetic regard, respect and appreciation for the cultural values and traditions of the populations we encounter. This attitude, in addition to giving serenity to the missionary, makes it easier to find the language and opportune gestures for communicating the Gospel."

Back to the main story - Murders in Burundi: Missionary order reckons with killing of three sisters 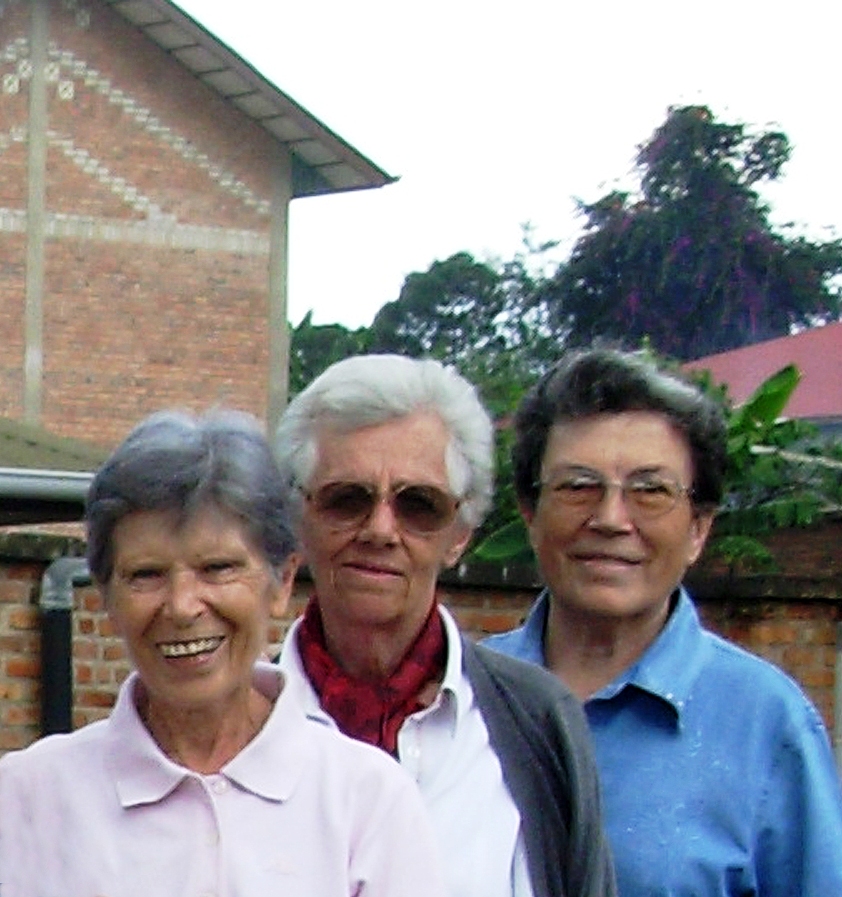