Among Vietnam’s 54 distinct groups with their own language and cultural heritage, 53 of them are ethnic minorities making up less than 15 percent of the national population; however, they account for almost 50 percent of the poor, according to the World Bank. They are isolated and have limited assets, low levels of education and poor health conditions.

The Central Highlands are home to over 30 ethnic groups who struggle just to get food on a daily basis. Traditionally they made their living by hunting and gathering from the forests, but these are disappearing. Poor land management and over-farming are to blame; the majority Kinh have been buying up land at low prices, sometimes just trading it for goods. The Kinh make up over 85 percent of the nation’s population and have much high standards of living than the other groups.

Seeing a great need, three young nuns of the Lovers of the Holy Cross of Phan Thiet established their community at Bien Ho village near Pleiku City last year. They started their mission by living among the ethnic minority groups in remote areas.

Every day they drive scooters along rough narrow paths through coffee plantations and fields to 20 different Jarai ethnic villages, where they visit with people and bring them food, clothes, brooms and sleeping mats. The sisters also look after abandoned lepers, take patients to hospitals and even help hold funerals for the dead.

One day in late May, two sisters in their early 30s visited a four-member family at Bong village. They carried medicine and food on their shoulders, climbing up the long timber ladder to a ramshackle house built several feet above the ground.

Speaking to them in broken Jarai, the nuns asked them about their health and life conditions. They gave them medicine, fish sauce, salt and instant noodles. They also helped arrange their bed and clothes and cleaned the kitchen, throwing rotten leftover food away and offering tips about how to cook better.

A man called Mlih, 82, smiled at and received the nuns as his daughters. He works on his own small farm to support his family. His ailing wife is speech impaired, and his daughter suffers mental problems brought on when her husband abandoned her and took away two of her three children. Now she always shouts at visitors out of fear that they will take her child away.

Sr. Mary Tran Thi Kim Cuc, one of the nuns who visited them, said, “None of them can speak Vietnamese. They don’t have any social relationships, so we are their only friends.”

“At first they avoided meeting us. We patiently talk with them in their own language and regularly visit them. We tried to win their hearts by looking after them and using our hands to eat what they had, including rotten food,” she said.

The nuns then travelled to another village where they consoled and provided medicine for one liver-cancer patient and some elderly people without relatives, who had no money for medical treatment at hospitals.

“Although we sometimes fall down on paths or catch fevers – and feel tired after a working day – we are happy to help ease the sufferings and material hardships of those educationally and socially underprivileged groups,” Sr. Agnes Nguyen Thi Tuyet Suong said.

Suong, who is a physician, said she wants to “be among poor people to serve them with motherly love, treat them like my own siblings and become a member of their communities.” Her mission motto is, “My body is of the poor and my soul is of God.”

She herself was recovering from physical exhaustion at the time she spoke with GSR.

“We are thankful to those villagers because through them we can get close to God,” she said.

She said some young nuns and priests from the coastal city of Phan Thiet think that being assigned to the Central Highlands means being sent into exile – they afraid of working there.

Cuc said the nuns enter into a spirit of poverty and evangelization by living mainly on donations from benefactors. They also share their convent and food with a dozen female students, who are studying at schools far away from their own houses.

“We also thank God for protecting us; we have not yet been prevented from working with ethnic people or been given problems by security officials,” she noted. Religious activities are restricted in the highlands by government officials for fear that ethnic groups might rise up against them. Some priests are prevented from visiting or providing pastoral work to some villages.

For the past six years, some nuns from Lovers of the Holy Cross of Qui Nhon have been providing two free daily meals to hundreds of ethnic patients and their relatives. Those patients receive medical treatment at two state-run hospitals in Pleiky City.

“We also give them medicine, clothes and milk. We visit them and drive the patients to hospitals since they are not able speak fluent Vietnamese and have no money,” Sr Maria Nguyen Thi Dao Kim Sang, also a physician, said.

She said patients’ relatives come to the convent early in the morning to start waiting for lunch because they have no money for breakfast. Some take a bath, wash their clothes and talk with the nuns about their health conditions.

Ro Cham Sen, a mother of three, said her husband who suffers from a brain tumor has been staying at the hospital for months. She was lined up that day as usual to get lunch.

“I sold all our farmland to cover his treatment, and now I have no money. Without the nuns’ help and daily food, I would just bring him home to die,” Sen said in tears.

Inspired by the nuns' charitable deeds, she also volunteered to take care of a terminally ill patient at the hospital for the last week of his life, after his wife had abandoned him.

“They live among them, ease their sufferings and hardships with what they have, and do pastoral work for them as way to bring God’s love to them,” he added.

“They are real mothers of the poor people here.”

[Joachim Pham is a correspondent for Global Sisters Report and NCR, based in Vietnam.] 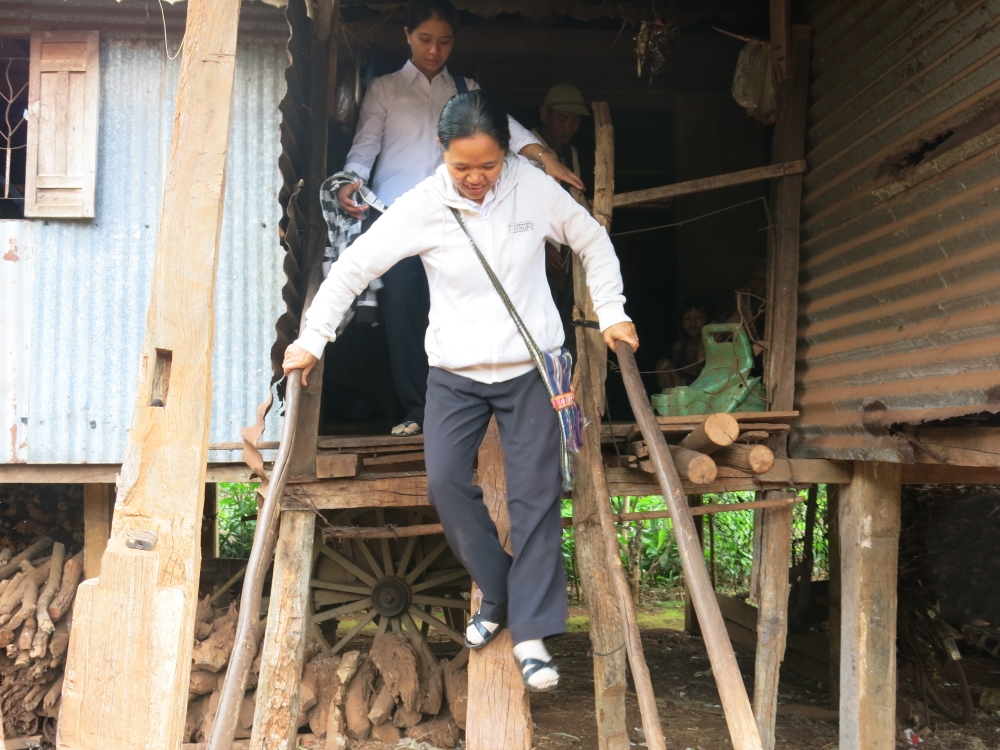 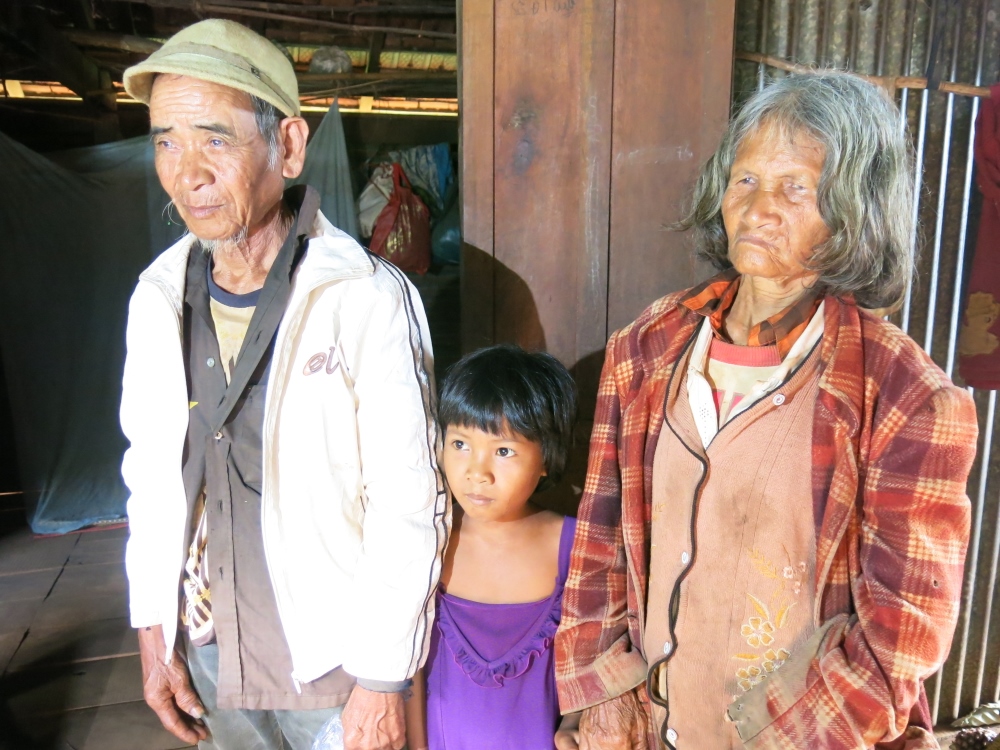 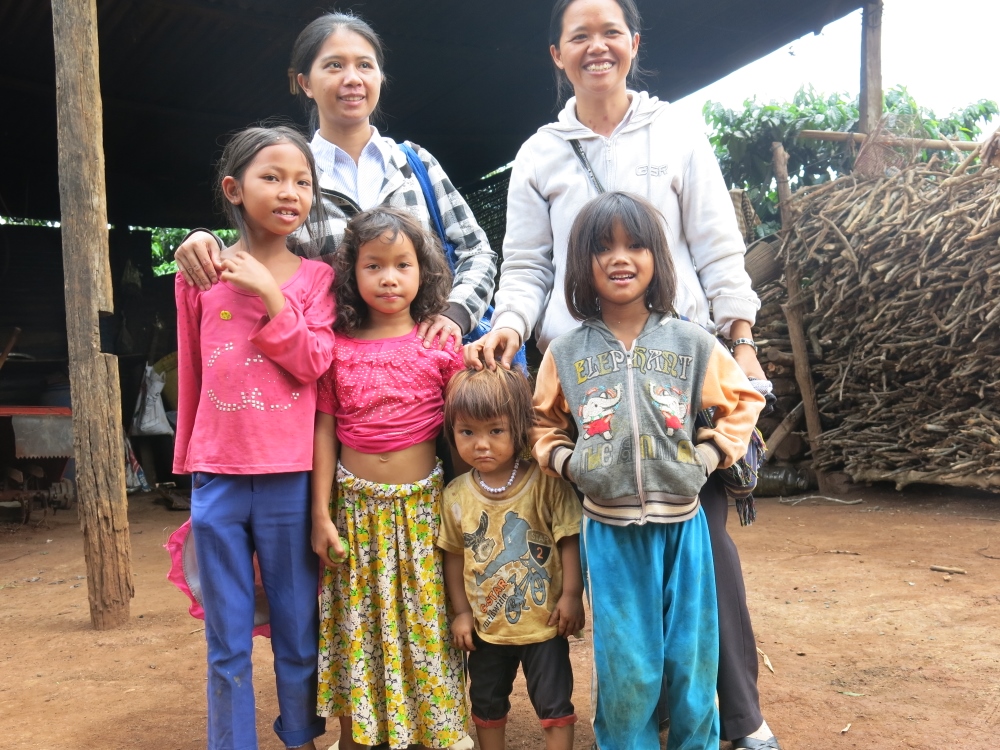 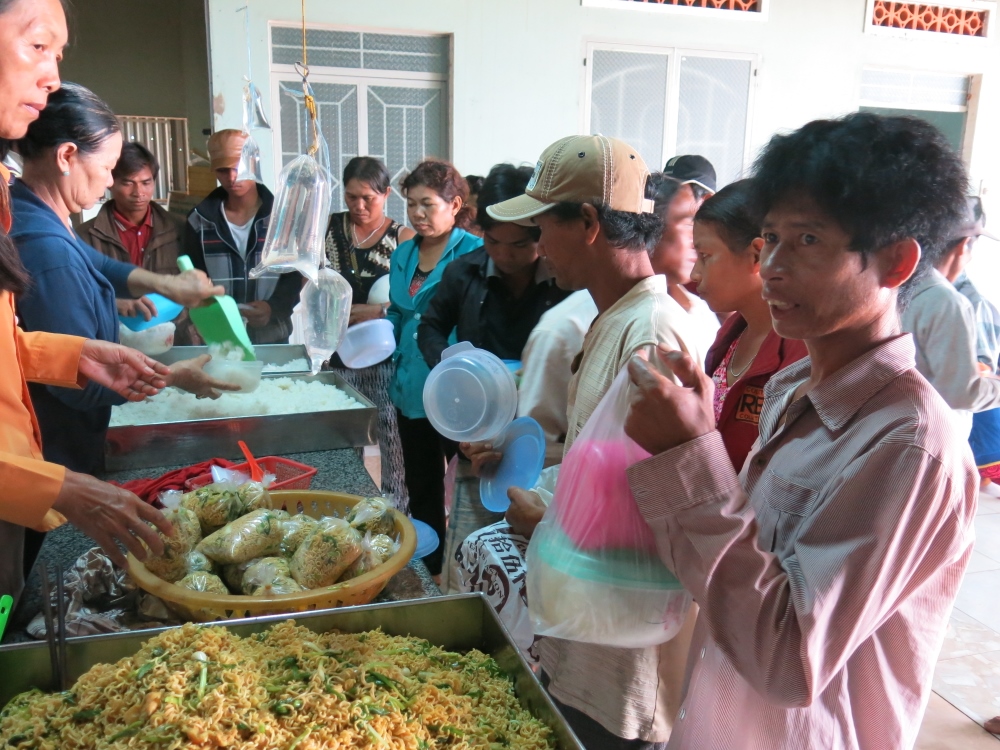