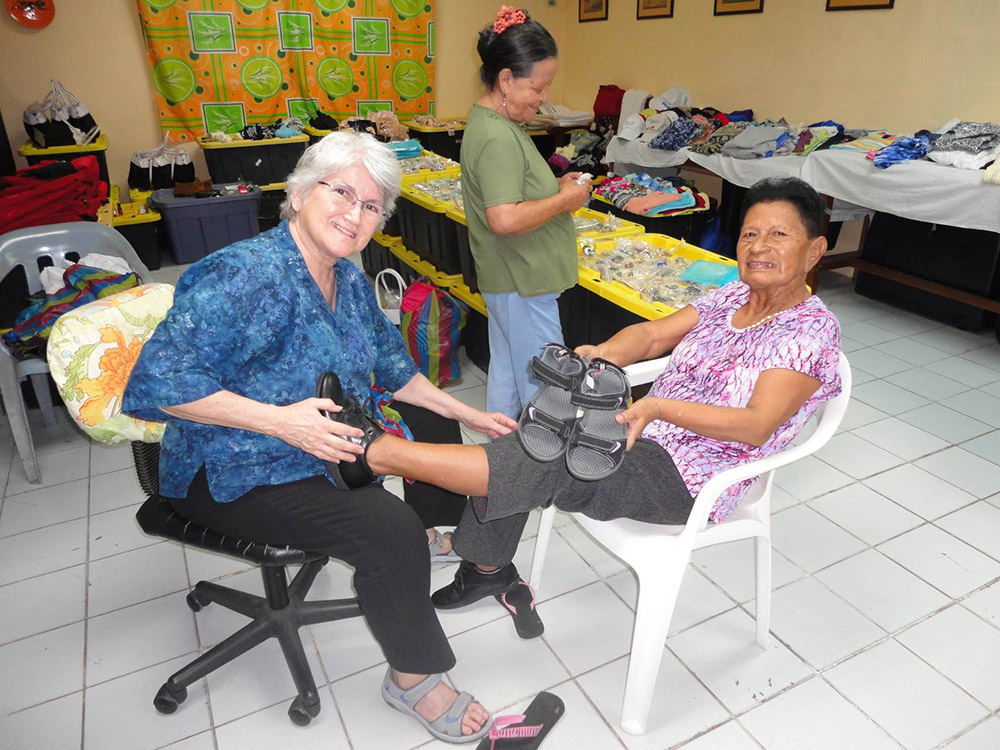 Sr. Annie Credidio helps a patient try on shoes at Damien House in Guayaquil, Ecuador, which treats people with leprosy. Credidio won $100,000 as a finalist for the 2022 Opus Prize. (Courtesy of Damien House)

Global Sisters Report's Monday Starter is a weekly feature from GSR staff writers that rounds up news from or about women religious that you may otherwise have missed.

A sister has been honored as a finalist for this year's Opus Prize.

Sr. Annie Credidio, a Sister of Charity of the Blessed Virgin Mary who founded Damien House, a hospital in Ecuador for those living with Hansen's disease (also called leprosy), will receive $100,000 as a finalist for the prize, which is awarded for advancing humanitarian work.

This year's $1 million main prize was presented Nov. 3 to Community Renewal of Shreveport, Louisiana, which works to renew cities through restoring relationships.

The other finalists this year were Imam Muhammad Nurayn Ashafa and the Rev. James Movel Wuye, co-founders of the Interfaith Mediation Centre in Kaduna, Nigeria, which promotes peace through dialogue between Christians and Muslims.

Opus Prize officials say the award is for an unsung hero of any faith from anywhere in the world solving today's most persistent social problems.

Credidio transformed a neglected state-run hospital in Guayaquil into a model of care, love and dignity for its patients, the Opus Prize said.

Damien House, named for St. Damien of Molokai, a patron saint of the sick, began in 1988 when Credidio was teaching preschool in Ecuador and wondering what was next in her religious life. She went to Mass at Ecuador's only hospital for infectious diseases, saw a number of leprosy patients suffering and instantly knew what her mission would be. She started teaching art to the patients, then gradually took over the operation until Damien House separated entirely from the hospital in 2015.

Damien House currently cares for more than 30 residents and more than 700 outpatients.

Four sisters have won the Opus Prize since the award began in 2005: Good Shepherd Sr. Catherine Mutindi in 2019, Mercy Sr. Marilyn Lacey in 2017, St. Joseph Sr. Tesa Fitzgerald in 2014, and Holy Rosary Sr. Beatrice Chipeta in 2010. Six other sisters have been finalists.

Sisters' work for corporate responsibility is getting attention from the Catholic Labor Network because many of those efforts advance justice for workers.

The network notes that congregations of women religious use their status as stockholders to push corporations to pay living wages, promote occupational health and safety, and provide benefits such as paid sick leave. Those efforts are often coordinated through the Interfaith Center on Corporate Responsibility.

The network says sisters plan to engage with Darden Restaurants, which owns chains such as Olive Garden and Longhorn Steakhouse, over low wages for restaurant workers and with FedEx about its sick leave policies.

Organizers say now is the time to begin planning events and initiatives for the 2023 event, which will be its 10th. They're looking for ways to lift up the experiences and legacies of women religious, call attention to their service and ministry, recall memories formed by sisters, and highlight women currently choosing religious vocations. 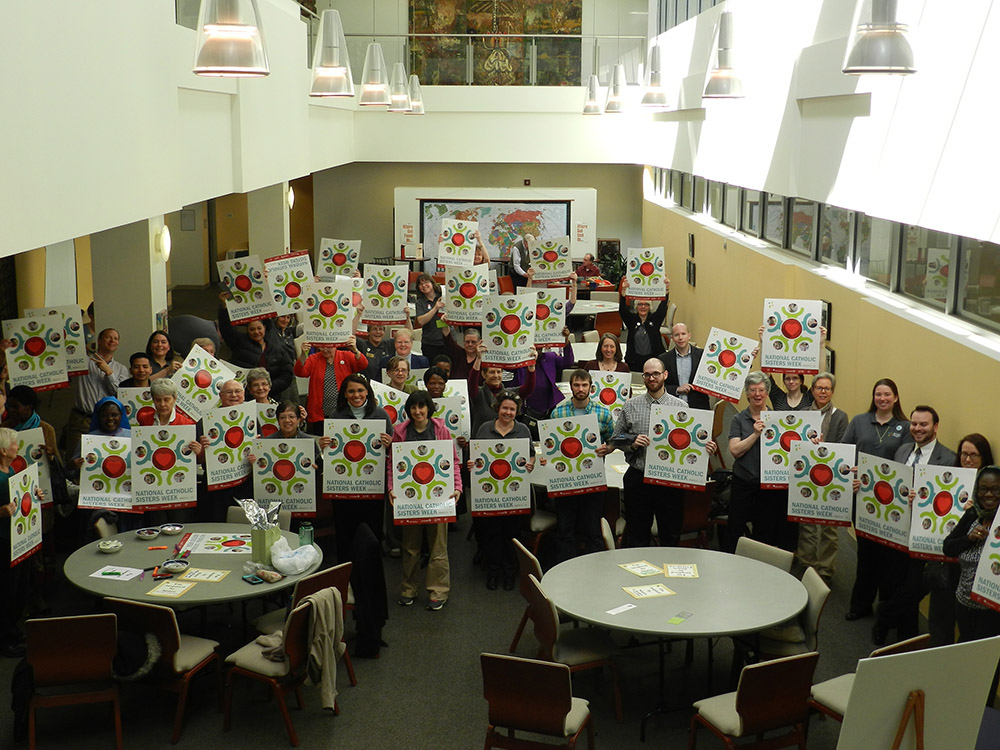 As part of the 2017 Catholic Sisters Week, Catholic Theological Union in Chicago hosted a prayer service in the graduate school's atrium with Giving Voice, National Religious Vocation Conference and Communicators for Women Religious. (Courtesy of the Benedictine Sisters of Chicago)

"For 2023, we look forward to a vibrant mix of live and virtual events and engagement initiatives," organizers said in a statement. "The resources area of our website offers a range of ideas to light up your community during Catholic Sisters Week and a step-by-step planning guide."

A live Zoom panel is planned but not yet scheduled to share examples of successful events, give planning advice and answer questions, and there will be updated toolkits for promoting events on social media and websites.

Those planning events are encouraged to post them on the Catholic Sisters Week calendar.