Looking over her latest work, Sr. Jane Mary Sorosiak picked up a piece of hardened clay depicting the face of St. Joseph and began touching up pinkish tones of glaze that will transform into a glossy flesh-colored finish once fired and cooled.

Satisfied with the final coat, the 84-year-old Sister of St. Francis of Sylvania carefully placed the face among the other pieces that will comprise the saint's image, including hair and beard. When a piece is removed, she takes care to return it exactly to the appropriate numbered spot on the 4-foot diameter mural, alongside images of Mary and Jesus of the Holy Family.

"Joseph is easier to do than Mary," explained Sorosiak, wearing a pink flowered housecoat over her religious habit. "She has one whole face and you can't divide her face very well.

"With Joseph I can cut off at the beard, I can cut off part of his hair. But with Mary there's no place you can really divide it. Mary has to be all one piece. Sometimes it's dangerous to do a whole piece because it can crack in the kiln," she said, drawing from nearly four decades of mural-making experience.

The mural of the Holy Family for Sandusky Central Catholic Elementary School is one of four that Sorosiak has most recently been commissioned to create.

Others on her 150-square-foot worktable in the Alverno Studio on the campus of Lourdes University in suburban Toledo in July depicted Jesus the good shepherd surrounded by children, Christ with arms spread wide in a welcoming gesture, and St. Katharine Drexel of Philadelphia, who dedicated her life to ministering to African-Americans and American Indians.

Sorosiak specializes in creating murals with religious and spiritual themes. She has been crafting murals for 38 years, working with clients across the United States. In all, she estimates she has completed nearly 100 murals since she arrived at Lourdes to teach art in 1976.

Her first mural – a massive 40-foot tall image of Christ installed on the Franciscan Center on campus – took more than two years to complete. Others, not quite so large, on campus buildings watch over students on their way to classes. While she may still tackle large projects, most of her commissions range up to 50 square feet in size.

Much of Sorosiak 's work can be seen within a couple of hours of her studio, throughout northwest Ohio and southeast Michigan. Her murals also can be found as far away as Vermont, Minnesota, Texas and California.

Over the years, Sorosiak never has solicited work. It's not her nature, she said.

"Almost every time I'm almost finished doing something, then another commission comes in. That's why I think God wants me to do this. I don't look for jobs. They keep coming to me. So I think I'm supposed to be doing this," she said.

When a commission does come in, Sorosiak discusses it with the client to better understand what a mural is supposed to depict and where it will be displayed. When a client is unsure of what to show, Sorosiak turns to prayer, asking the Holy Spirit for guidance to faithfully design a mural that is pleasing and inspirational to the viewer.

"I try and visualize," she told Catholic News Service. "There's a lot of thinking before you begin. I visualize things to see what's possible, how I would like to picture this. Then I do a lot of sketching.

"The kind of unique, almost spiritual thing that happens is sometimes it's entirely different from what I started to do. When I first started to do something I had one idea and in the process the whole idea changes and it was much better than my original idea. It's the inspiration of the Holy Spirit, I think, that really comes through. Sometimes it's so obvious, it scares me.

"We like to do it that way. We feel that we're supposed to be working that way. The work we do in here is more like a ministry than it is a job. We feel the work is really something that brings beauty to others, uplifting people," she said.

For most murals, Sorosiak will draw it to scale and then enlarge the image to its final size using a projector before the dozens of ceramic plates can be cut, dried and glazed. For very large works, she will work on a mural in sections.

"Each piece has its own blessings and its own disadvantages and advantages. There's always one or two pieces that always give me a little bit of a problem. I think that's to keep me humble. Usually I pray a lot over this," Sorosiak explained.

Each piece costs about $100 to $135 per square foot to create. That is in addition to delivery and installation expenses.

Sorosiak's interest in art evolved at an early age. Growing up in the now-closed St. Hedwig Parish in Toledo's Polish community, she drew murals and other images in grade school. In sixth grade, she created a six-foot tall image of Jesus for the final scene showing heaven in a school play. When she entered religious life at 24, the congregation's leaders recognized her talent and nurtured it.

A graduate of Mary Manse College in Toledo, Sorosiak later obtained a master's degree in English from Xavier University in Cincinnati and a second master's degree in art from Bowling Green State University. She taught art at Toledo's Cardinal Stritch High School for 14 years before joining the faculty at Lourdes, which was founded by the Sisters of St. Francis. Retired from teaching, she now devotes much of her time to making murals.

To this day, Sorosiak credits her religious community for supporting her work.

"They really let me go," she said. "Whatever I want to do they trust that I'm going to do the right thing, I guess. One of my cousins once said to me 'If you weren't a nun you'd probably be a millionaire.' I said, 'On the contrary, if I weren't a nun I probably would have never done any of this.'" 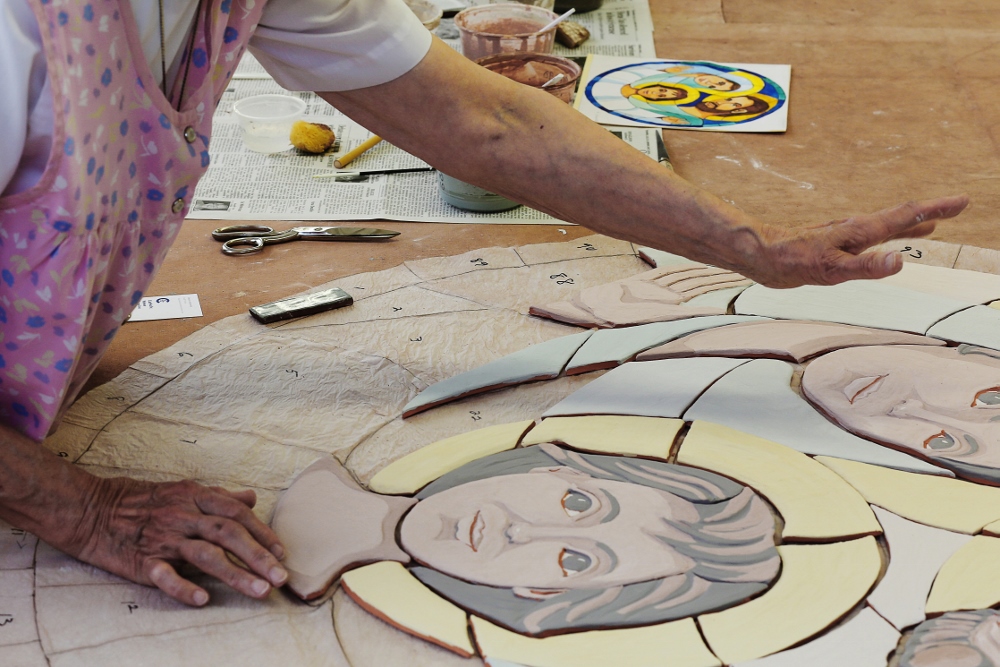 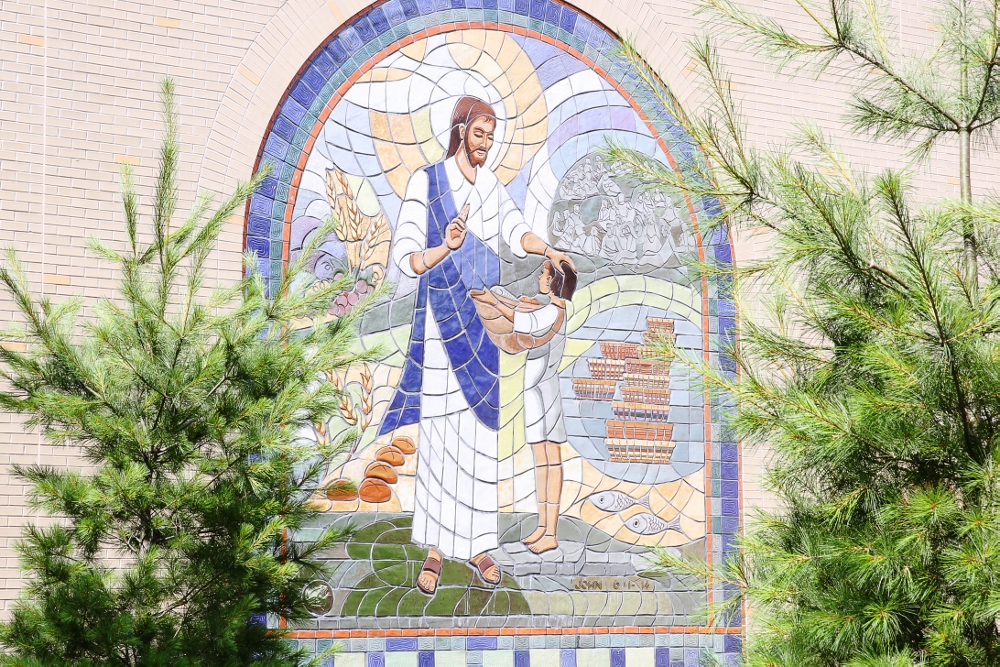 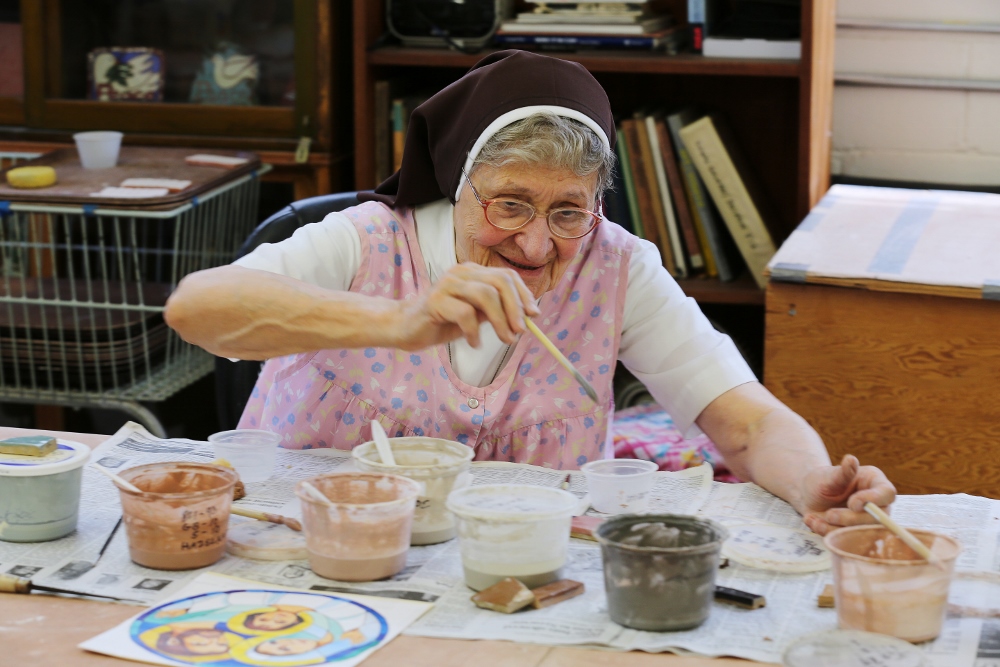 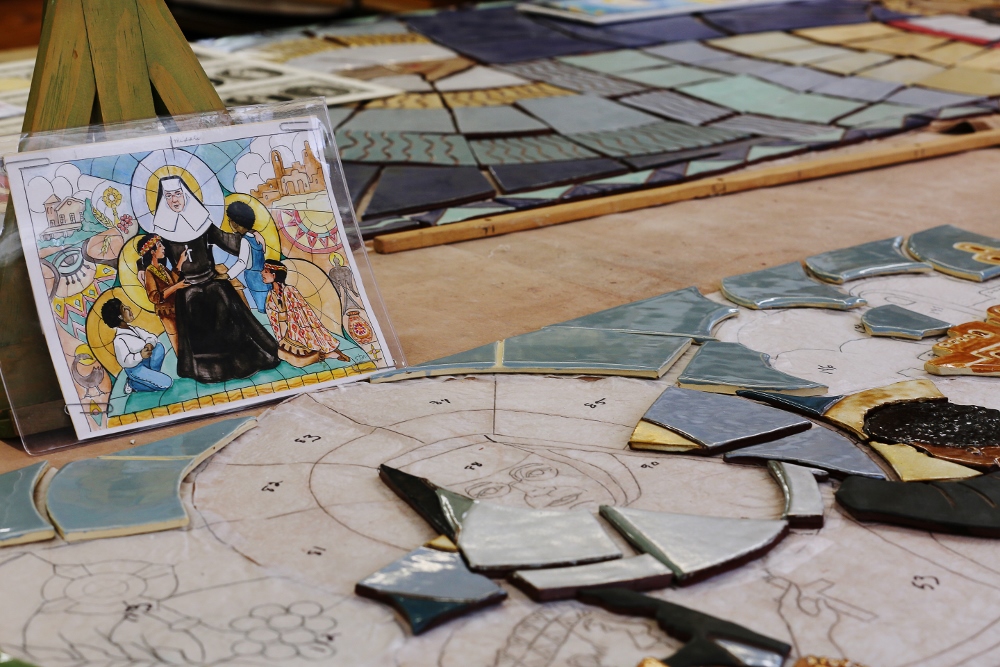