Skip to main content
This story appears in the NCSW 2019 feature series. View the full series.

This year's National Catholic Sisters Week will be the biggest ever.

The sixth annual celebration of Catholic women religious, which always begins March 8, International Women's Day, and runs through March 14, has more than 250 events planned (a record), plus a handful of online events.

"We have a lot of events happening and a lot of irons in the fire, which is quite exciting," said Molly Hazelton, the program's site director.

National Catholic Sisters Week is aimed at getting laypeople, especially young women who might consider a vocation, to engage with sisters. The project, which is based at St. Mary's University of Minnesota in Minneapolis, is part of National Catholic Sisters Project and funded by a grant from the Conrad N. Hilton Foundation, which also funds Global Sisters Report.

One reason the celebration continues to grow, Hazelton said, is they've made it easier than ever to participate.

"People regularly contact us and say, 'I don't have the time or resources to have an event, but I still would like to participate,' " she said. "So we're trying to make it really, really easy to hold an event."

It doesn't get much easier than the Event in a Box: free kits that include everything necessary to host a National Catholic Sisters Week event.

Organizers can choose between Movie Night in a Box and Book Club in a Box. The movie-night box includes "Missions of Hope," a documentary produced by the National Catholic Sisters Week office that follows four sisters and their paths to religious life; discussion questions; advertising materials; candy and popcorn; and National Catholic Sisters Week swag, including buttons, bracelets and temporary tattoos.

"All you have to do is have a room," Hazelton said.

"One box is a little more labor intensive — the book club — and one is easier," Hazelton said. "But even the book club is easy; the idea is you could have people read the whole book or even just read a couple of chapters and then have a discussion."

The project also awarded more than $87,000 in more than 100 mini-grants to help communities hold events.

The mini-grants have been especially helpful for communities hosting vocation events, Hazelton said, as many vocation events would not have happened without the funding.

For example, on March 14, the Oblate Sisters of Providence will host Nurturing Vocations in Girls of Color, which will invite 40 seventh- and eighth-grade girls from three different schools in the Baltimore area to their convent in Halethorpe, Maryland, to learn about the historic congregation, the first order of black Catholic women religious in the United States.

Branches of Nuns and Nones will view and discuss the film "Radical Grace," about how three women religious responded to Vatican investigations of sisters in the United States, on March 9 in Minneapolis; March 13 in Grand Rapids, Michigan; and March 15 at Chicago Theological Union.

The Standup Sisters event returns March 11 in Pittsburgh, this time featuring several short films and interviews with women who preach a theology of environmentalism.

"Catholic sisters have been de facto conservationists in America for centuries. They've tended farms to feed themselves and the poor," said Jennifer Szweda Jordan, producer of Standup Sisters, in a statement. "Many sisters still promote environmental stewardship in their lives and ministries."

Other events planned include Painting, Pizza and Parcheesi With the Sisters, hosted by the Ursuline Sisters of Louisville, Kentucky. Participants will paint positive messages on rocks to distribute around the Bellarmine University campus, then have pizza and play board games.

There will be bowling with sisters in Colorado Springs, Colorado; a trivia night in Arlington, Virginia; Celtic tea with the Sisters of St. Dominic of Blauvelt, New York; and Sisters and Seekers: Theologians and Millennials in Ministry in Queens, New York, which features theologians such as St. Joseph Sr. Elizabeth Johnson in conversation with millennial women about breaking glass ceilings.

In conjunction with National Catholic Sisters Week, the St. Louis Catholic Sisters, a coalition of 14 congregations serving in the St. Louis area, are launching their fourth annual Stand with Sisters campaign. Throughout March, the congregations will share video, photos and personal narratives on social media using the hashtag #StandwithSisters. There will also be electronic billboards around the St. Louis metropolitan area with messages such as "We stand with immigrants" and "We stand against racism."

The sisters hope the campaign will increase awareness of women religious and their work as well as invite people to stand with sisters for marginalized people and to fight injustice.

Hazelton said she is especially excited about the increasing number of service events in which laypeople are invited to work alongside sisters.

"I think the best way to get to know somebody is to serve side by side with them," she said. "It's a great way to foster relationships." 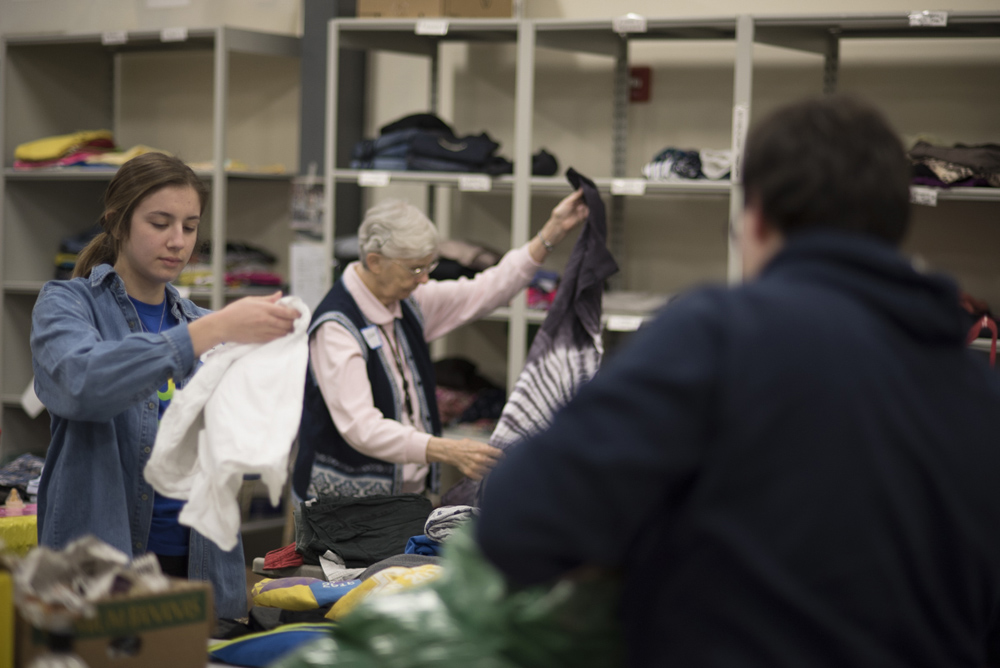 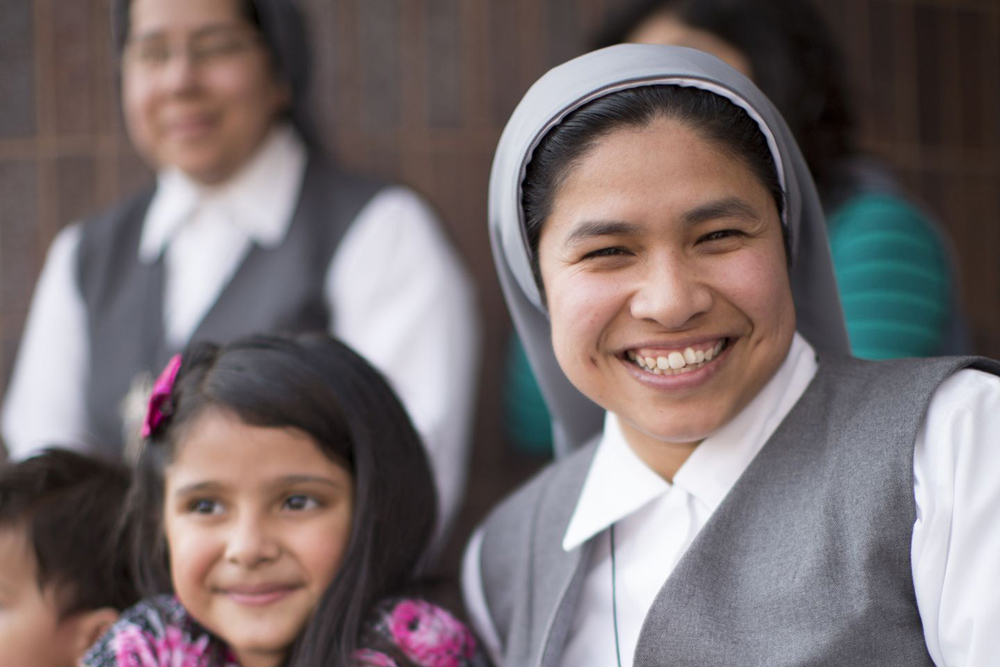