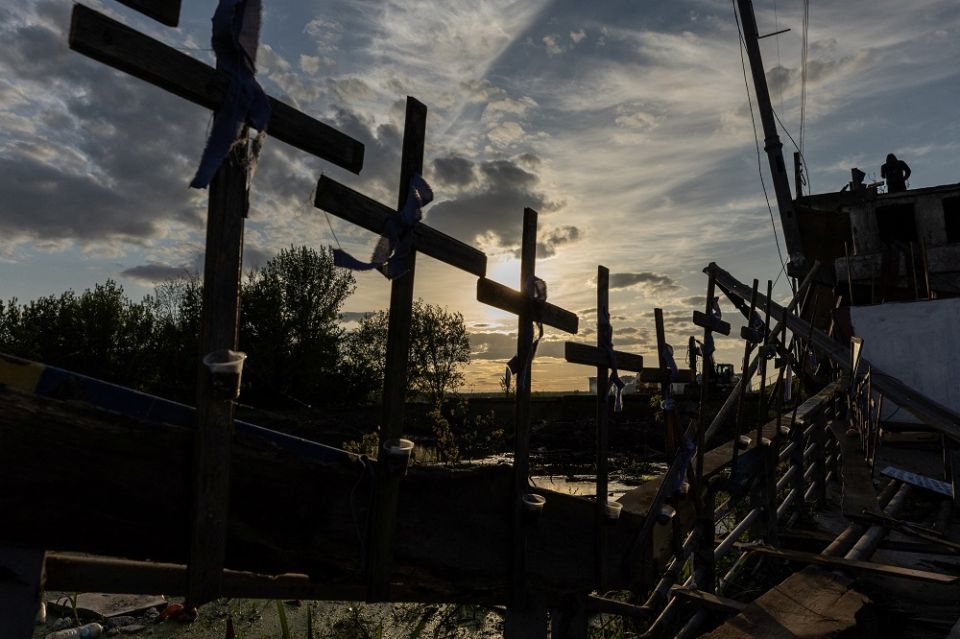 Crosses attached to a destroyed bridge in Irpin, Ukraine, on May 16 (CNS/Reuters/Jorge Silva)

Sr. Sheila Kinsey was part of the delegation of religious leaders that traveled to Kyiv in late May in an act of solidarity with war-torn Ukraine.

The 17-member delegation, organized by the Warsaw-based Europe, a Patient Association, was responding to a call from Kyiv mayor Vitali Klitschko, who in March asked world religious leaders to come to his city, at the time besieged by Russian forces. 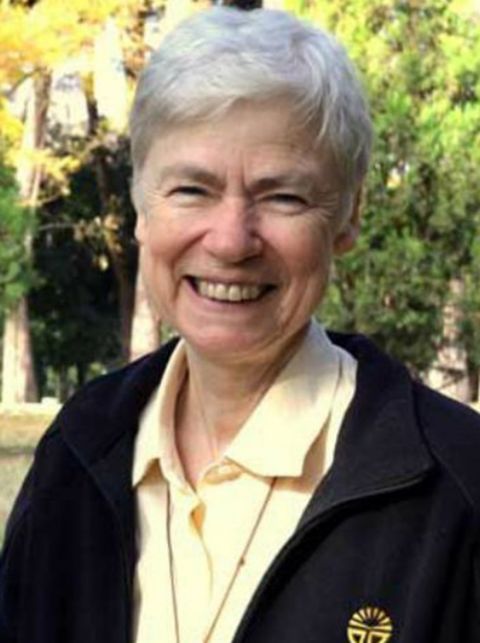 The delegation left Warsaw on May 24 and arrived in Kyiv the next morning, when they held a press conference and two prayer services: one at Babyn Yar, site of massacres by Nazi soldiers during World War II, and another in the plaza at St. Sophia Cathedral. The group returned to Warsaw on May 26.

Kinsey, a member of the Franciscan Sisters, Daughters of the Sacred Hearts of Jesus and Mary and the executive co-secretary of the JPIC commission for both the Union of Superiors General and the International Union of Superiors General, shared news of the religious delegation visit in a prerecorded video message during a May 26 event on faith-inspired sustainable investing as part of the Vatican's Laudato Si' Week program. She said they came "to pray for peace, to pray that the bombing stops, the killing stops, that peace can return to [the] Ukraine area."

It's just a way of being in accompaniment with our people there," Kinsey said.

A shipment of medical supplies has reached a hospital in Ukraine thanks to a partnership between Salesian Missions, the U.S. development arm of the Salesians of Don Bosco, and MedShare, a humanitarian aid organization that sources and delivers surplus medical supplies to communities in need.

Salesian Sisters are now handling the shipment, with supplies being distributed to ambulances and clinics and treating those who have been internally displaced within the country. 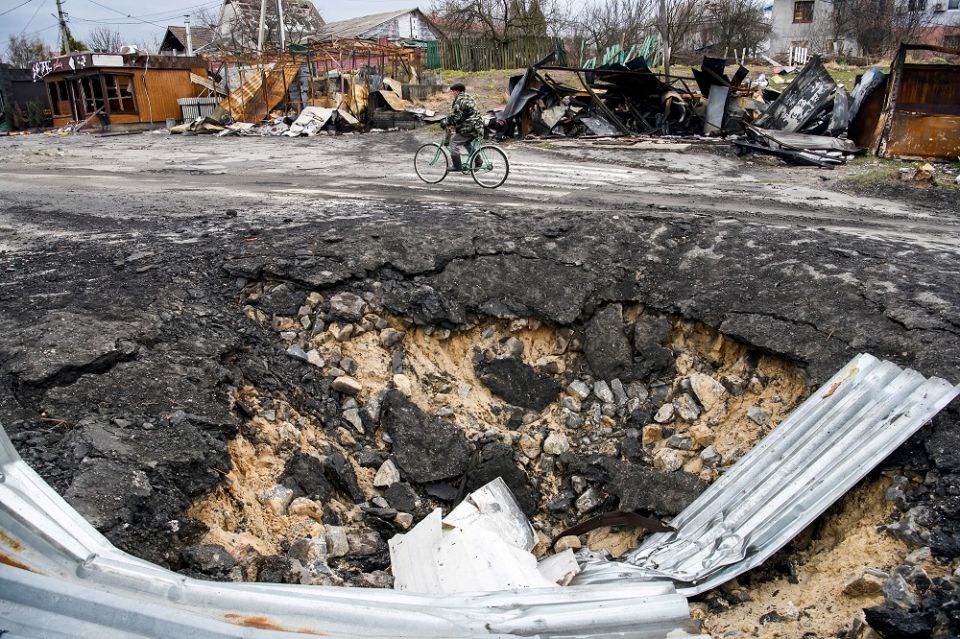 A local resident rides a bicycle past a bomb crater April 6 in the village of Demydiv, outside Kyiv, Ukraine. (CNS/Reuters/Vladyslav Musiienko)

"We appreciate MedShare's donation which has assured Salesians on the ground in Ukraine have access to the medical supplies they need to care for the sick and injured," said Fr. Gus Baek, director of Salesian Missions, according to a press release. "Salesian organizations around the globe have come together to help support Salesians in Ukraine who are working with people displaced inside the country and refugees who have fled to bordering countries. The need is overwhelming and we are all doing our part."

The shipment of medical supplies is a continuation of the aid Salesian Missions has been organizing for Ukraine. The group had already launched a Ukraine Emergency Relief Fund, through which Salesians throughout 130 countries have provided shelter, nutrition and supplies to refugees and those on the front lines of the crisis.

Relics of Sr. Mary Daniel Abut and Sr. Regina Roba Luate — both South Sudanese Sisters of the Sacred Heart who were among five people killed in an August 2021 road ambush — have been placed in the sanctuary of the new African martyrs in the Basilica of St. Bartholomew in Rome, according to ACI Africa.

Archbishop Vincenzo Paglia, president of the Pontifical Academy for Life, described the sisters in his homily at the May 23 celebration as "disciples of Jesus who gave their lives for the Lord and for their sisters and brothers."

Abut was the head teacher of the Usratuna Primary School in Juba Archdiocese, and Luate was serving as a tutor and administrator at the Catholic Health Training Institute in Wau.

The Federation of St. Scholastica, which includes 17 Benedictine monasteries, will host a colloquium at Mount St. Scholastica in Atchison, Kansas, as a centennial celebration June 21-24.

Three themes will be explored at the event:

A hybrid event with in-person and Zoom programs, the gathering has more than 200 participants signed up thus far, with roughly half professed sisters and half oblates and other "seekers."

Close Heart Sr. Mary Musembi runs a home in Kithyoko, Machakos, Kenya, for those whose relatives abandoned them at local hospitals, including those born with physical disabilities or mental illness as well as victims of accidents.

Most of the people who live in Musembi's home are bedridden and have cerebral palsy or other congenital disabilities. Currently, 20 people live in the home, with ages ranging from 3 to 95.

Musembi previously started the Mercy Servants of the Poor Foundation.

"I started the foundation by engaging in an outreach programme, where I attended to the needy in their homes," she told The Star, a newspaper based in Nairobi. "I was then assisted by well-wishers to buy land and put up a few structures to house the most needy cases."