by The Associated Press
News 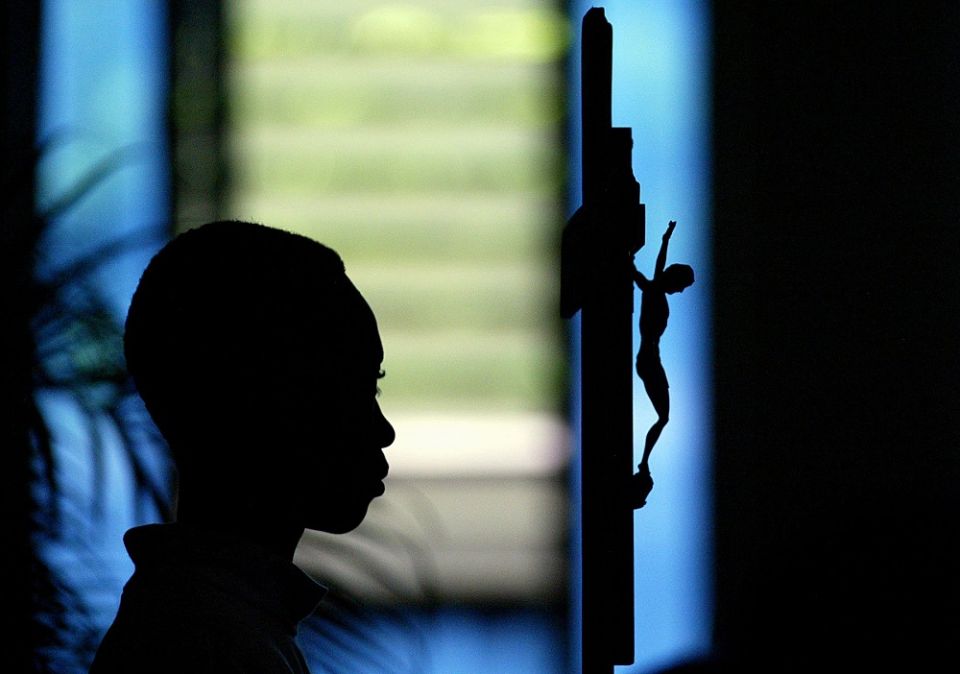 An altar server is pictured in a file photo holding a crucifix during Mass at a church in Port-au-Prince, Haiti. After praying the Angelus on June 26, Pope Francis praised the life and work of Sr. Luisa Dell'Orto, an Italian missionary who was killed June 25 in Haiti, and hailed her as a martyr. (CNS/Reuters/Eduardo Munoz)

Vatican City — Pope Francis on June 26 hailed as a martyr an Italian missionary nun slain in Haiti, where she cared for poor children.

The Diocese of Milan says Sr. Luisa Dell'Orto, 64, was slain "during an armed aggression, probably with the aim of robbery," in Port-au-Prince, the Haitian capital.

The Vatican's official media said Dell'Orto, gravely wounded, was taken to a hospital, where she died soon after.

Francis in remarks to the public in St. Peter's Square expressed his closeness to the nun's family members and noted she had lived there for some 20 years, dedicating herself above all to helping poor children who lived on the street.

"I entrust her soul to God, and I pray for the Haitian people, especially the little ones, so they can have a more serene future, without misery and without violence, " Francis said.

Dell'Orto "gave her life to others, until the point of martyrdom,'' he said.

The nun, who was born in Lombardy, northern Italy, had run a home for children in a very poor suburb of Port-au-Prince, the Milan Diocese said.

Haiti, a Caribbean country, is the poorest nation in the Western Hemisphere.

Voices of Faith examines discrimination, past and present, in Catholic religious life