Sr. Christine Danel, superior general of the Congregation of Xavières, focuses on holiness in light of the Church's sex abuse scandal 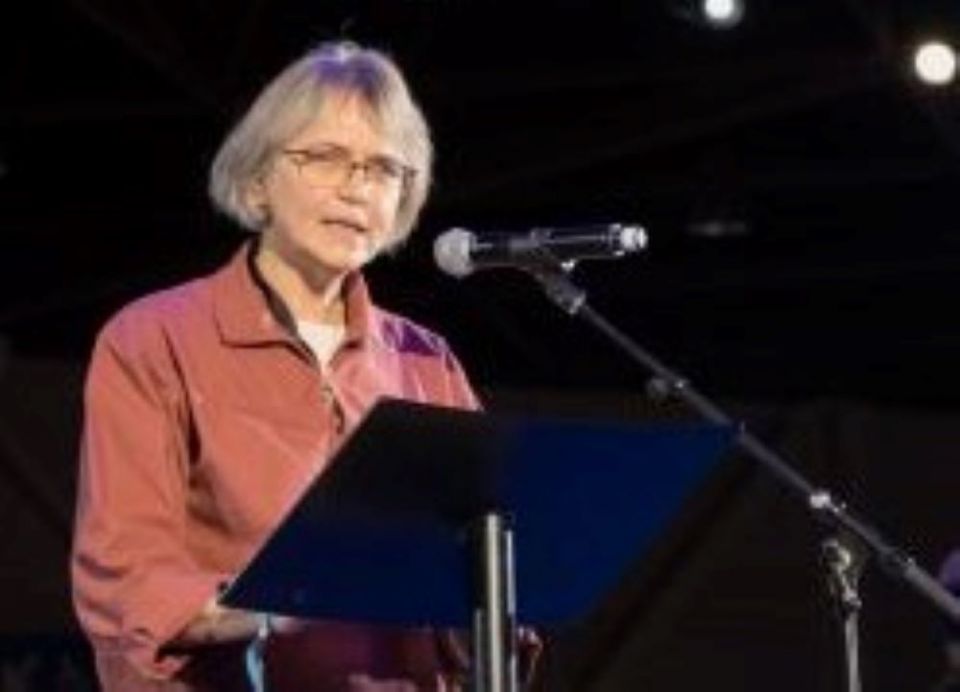 Sr. Christine Danel, superior general of the Xaviere Sisters or Missionaries of Jesus Christ, addressed a closing mass on Nov. 1 for a weeklong celebration of the Ignatian Family, directly after a bishop preached the homily. (Courtesy Véronique Rouquet / Xaviere Sisters)

Marseilles, France — A female religious superior in France was thrust into the spotlight this week after she "preached" to some 7,000 people who gathered for Mass in the Mediterranean port city of Marseille.

"I am impressed by the number of people who thanked me and congratulated me for this meditation on All Saints' Day," said Christine Danel, superior general of the Xaviere Sisters or Missionaries of Jesus Christ.

The 55-year-old female superior offered a reflection on holiness directly after a bishop preached the homily.

The occasion was the closing Mass on Monday for a weeklong celebration of the Ignatian Family, which includes the Jesuits, numerous female religious congregations and other groups linked to the spirituality of St. Ignatius of Loyola.

"They were not so much interested in what I said as in the fact that a woman spoke at that moment of the Mass," Danel told La Croix."It is true that this does not happen often," she pointed out.

Archbishop Jean-Marc Aveline of Marseille, the presider at the All Saints Day liturgy, preached on the gospel passage of the day.

But he then invited Sister Christine, whose religious congregation was founded in his diocese 100 years ago, to offer "a few paths for meditation".

Father François Boëdec, head of the Jesuit province of Western Europe, had proposed the idea.

Sister Christine, who had on a purple vest that members of Ignatian-inspired religious orders wore during the gathering in Marseille, spoke for a little over five minutes.

"All saints: how do we dare to speak of holiness after discovering the extent of the crimes perpetrated within our Church?" she began.

"How could sexuality, power and the sacred have become so misguided? We need a lot of humility, in our words, and a lot of courage, in our actions, to reform ourselves," said Danel, who has been superior of the Missionaries of Jesus since 2017.

She urged those who were gathered not to confuse "saints" with "angels" and to be wary of the illusion of perfection.

"It is a lure, which can lead us to frustration, spite or hypocrisy, and to masking our failings," she warned.

Danel echoed some of the proposals that France's Independent Commission on Sexual Abuse in the Church (CIASE) issued in the damning report it published last month.

"We have a long way to go to develop this otherness, this complementarity, in all areas of the Church, including access to having a voice and to governance," she said.

That "access to having a voice" is still a work in progress, considering that only priests and deacons can preach the homily at Mass.

It is very rare to hear a woman speak in church after the proclamation of the Gospel, although lay people can comment on the scriptural readings during the Liturgy of the Word (with or without Communion from the tabernacle) in the absence of a priest – that is, when the Eucharist is not celebrated.

But that issue of opening the ministry of preaching to the laity has become a recurrent theme in many parts of the Church.

There is particularly strong support for this in Germany, for instance.

Priests scattered throughout the congregation

Pope Francis issued a motu proprio last January that specifically allows women to be officially commissioned to the ministries of lector and acolyte.

Symbolically, this magisterial text affirms that women have a place at the altar.

But this is true only for lesser ministries. Currently, women cannot be ordained deacons or priests, the only people who can preach the homily at Mass.

Would allowing a layperson to offer a meditation directly after the homily be a satisfactory in-between?

"Possibly, it could respond to a strong need today to have a plurality of voices in the Church, and a different view of the Word of God than that of the priest," said Sister Christine.

The Ignatian Family allowed this and other symbolic gestures during its Marseille gathering.

During the All Saints Day Mass, for example, only a minority of the priests present were around the altar.

Most of them were scattered throughout the congregation, in alb, and even some in the back row.

The lectionary was brought by a procession of children led by a little girl.

And during the prayer vigil the night before, a woman gave the final blessing.

More precisely, she invited all the participants to raise their hands to bless each other.

Making the fight against trafficking a priority for 25 years

A legacy of border-crossing spirit