by Cecilia A. Ranger
Religious Life 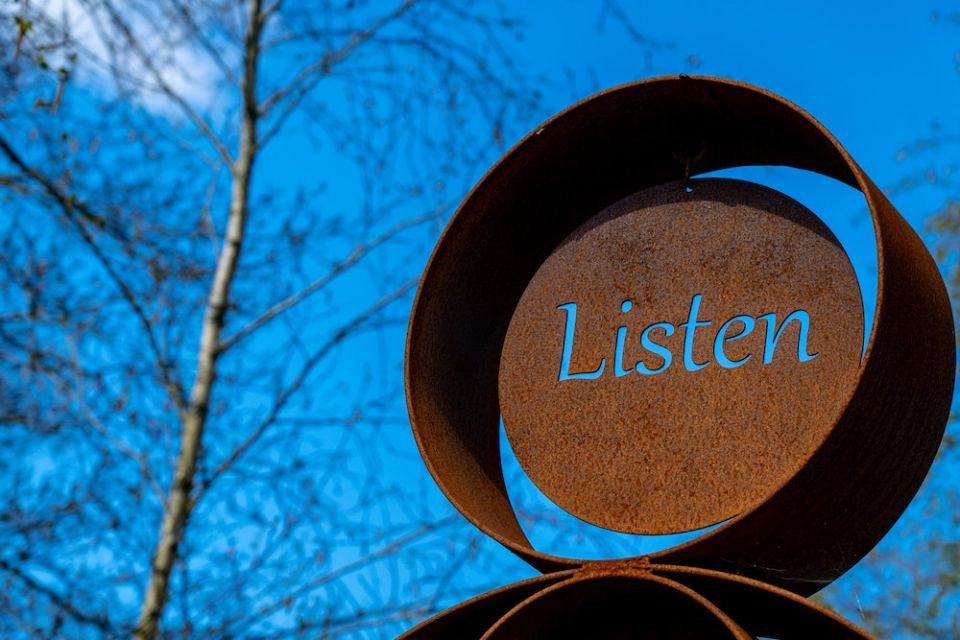 Together we can re-humanize a de-humanized society. To move out beyond our own individualistic selfishness and our narrow notions of community, we need to be willing to recognize (by listening) and cultivate (by action) common interests and goals. (Unsplash/Nick Fewings)

Dr. Vivek H. Murthy, the 19th Surgeon General of the United States, jolted the wheels of my pandemic locked-down brain with his new book, Together: The Healing Power of Human Connection in a Sometimes Lonely World. In doing medical interviews to explore the almost universal loneliness uncovered in their research, Murthy explored various community lifestyles, like Ethiopian families in the Washington D.C., area, the Hutterite colonies, the "Make Kindness Contagious" movement in California, the Camden Town Shed, and the U.K. Men's Shed Association. In my area, the men have formed a "Man Cave;" they do personal repairs for residents and they created a humorous Christmas tree decorated with tools and Scotch and beer labels.

That is where both my memories and my "future-ing" thoughts took off! When many sisters and brothers answered the call to religious community life, they chose to belong to a defined group, not unlike a Hutterite colony. Such colonies still exist, with 75% in Canada located in Alberta, Manitoba and Saskatchewan and 25% in the United States in Montana and South Dakota.

Most religious communities had a common mission, in which all members were engaged: education, health care, social service, or foreign missions. There was a phrase in our custom book, "in a word, they do the same thing in the same orderly fashion," that describes much of what we embraced as vowed members of our respective groups. A bell roused us at 5:10 a.m., and another signaled lights out at 9:25 p.m. We ate breakfast together, gathered for mid-day prayer or examen of conscience, shared dinner. On weekends we cleaned large academies and prepared lessons for the following week. We were off to summer schools and retreats in June, July, August, many earning degrees on a long-term plan. We did work hard — together!

But there were many "perks," too. Women and men religious are among the best educated people in the world. We were exposed to fine literature and exquisite music and art. We had the assurance of a roof over our heads, food on the table, medical attention when we were sick, places to retire and be cared for when we could no longer carry out our ministries. One could be 20 or 80, Asian or Irish, Black or Filipino, African or Peruvian, French or English — and "fit" in a particular community with its mission.

However, consciousness changed for society in general: We wanted to respect and call on the unique gifts of each individual as well as retain community bonds. Some left the classroom, for example, to become pastoral associates; others, to serve as counselors or spiritual directors. As ministries proliferated, it became necessary to choose a residence closer to the ministry setting, to have a car in order to travel to clients, to adopt whole new "horaria" (daily schedules) of prayer, work, socializing. Soon we had to deal with finances, we needed airfare to attend meetings, we changed to appropriate wardrobes to suit the work venue, we returned to baptismal names, and we formed new "communities" of men and women friends.

All of life seemed to have shifted, almost overnight. And, yes, this did leave some members feeling lonely, "out of it," "no longer relevant."

Society in general was experiencing a growing individualism, even to the extremes of narcissism. Some people in society believed that their "opinion" outweighed scientific data; and at times "what I want" erased what justice to others called for.

However, all of us were and are part of the world we call "home" wherever we are planted on our planet. With the rest of society, we now wonder, how did we human beings become "dualistic persons?" Putting the elements of our lives into a hierarchy, we began to believe that: white skin is better than dark skin, men are superior to women, Catholicism is grander than Protestantism, being a rich property-owner far outweighs being a Mexican who harvests his oranges, an educated person with a Ph.D. is superior to the wise elder on a Native American reservation.

How did we become an "either-or people" for whom partisanship alienates us from each other; "my-way-or-the-highway" people who must have it "my way" even if it leads to a divorce? How did we become "one-issue" voters, who refuse to see all of the life issues in which human beings are being de-humanized, and to make those very complex and "messy" decisions that conscience demands of us as mature Christians? How did we become individualistic "me" people who see all of life narcissistically through our own likes and wants and values? The Genesis story does not imply that's the way it was meant to be for us human beings.

God skillfully created all things connected and good, and human beings in the divine image. This year we have witnessed this reality: a virus was unleashed; all countries of the world suffered; efforts to slow its progress led to loss of jobs; people were left without enough food and shelter and medical care; hospital rooms and halls and extra tents were filled to capacity; medical staff were burdened and many lost lives; relatives could not visit loved ones; schools coped with the educational and social needs of students; universities were forced to close; businesses went under, churches had to cease or limit services; governments struggled with ways to provide resources for their populations.

The previously-described world viewpoints and destructive actions come under the heading de-humanization. This past year we have experienced the ways that everything in our lives is inter-connected for all human beings: health care, the economy, shopping, travel, even visiting loved ones. Many people hoped and prayed it might bring about a greater respect for the individual person and caring, just connections between persons, but in some it seems to have brought out deep resentments which led to violence and destruction.

How can we "re-connect" in community and also foster the gifts of the individual human person? How can we re-humanize our society, its unique individuals as well as its diverse communities?

We can't tackle every element of society. But we can all — members of all communities in society — do one thing: listen. The Hebrew verb shema is often translated as "hear," but it means much more than just a hearing or listening; it means at the same time to hear and respond appropriately.

When we really listen to someone different from ourselves, we put a human face on that person. It is the human face that God gave each of us from the beginning: All were created in the image of God. Every community member of every age and profession can listen intently to each other, to those whom they serve, and to people of all races and religions and cultures and political parties and sexual orientations and income statuses — to all who are not "me."

And, then act appropriately, humanely.

Together we can re-humanize a de-humanized society. To move out beyond our own individualistic selfishness and our narrow notions of community, we need to be willing to recognize (by listening) and cultivate (by action) common interests and goals. We can even start with the environment that enfolds us, the world God "saw that it was good" (Genesis 1:31). 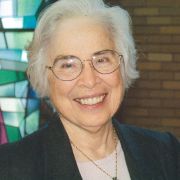 Cecilia A. Ranger is a Sister of the Holy Names of Jesus and Mary. With a lifelong commitment to education, philosophy, theology and spiritual direction, she taught and did spiritual direction at several colleges, universities and seminaries, and served in university administration and on boards. She is now retired at Mary's Woods in Lake Oswego, Oregon, where she does some teaching, parish or personal retreats, and writing.