Skip to main content
This story appears in the Retirement feature series. View the full series.

When planning for the needs of retired community members, the Sisters, Servants of the Immaculate Heart of Mary have the benefit of financial resources, a building that could be renovated to meet their needs and an organic connection with the motherhouse across the street in Immaculata, Penn. Read more in our retirement series here.

“One of the unique things about Camilla Hall,” said Sr. Anne Veronica Burrows, “one that makes us distinct from other nursing homes, is that we are sisters who have lived with each other and worked with each other. We consider each other family.”

Though it is a Saturday, workmen are bustling around the scaffolding that surrounds the front of the large stone building undergoing $19 million in renovations on the edge of Philadelphia’s Western Main Line suburbs.  In spite of the scale of the changes, leaders in the community of the Sisters, Servants of the Immaculate Heart of Mary, have made an effort to keep the atmosphere inside as normal as possible and disruption to a minimum for residents. One example – if a sister needs to be relocated temporarily so that her room can be renovated, says Burrows, it is to a room with a similar view.

On the way to lunch in the new cafeteria-style dining room on the first floor, Burrows stops to invite another sister suffering from dementia to join us for lunch.

“In a nursing home, if someone was wandering down the street, another resident might not ask them where they are going,” she said. “We don’t have wandering problems here too much, because we are family.”

Though she has noticed an uptick in recent cases of dementia, Burrows said that most of the resident sisters read the newspaper, engage in mental activities like trivia games and make table conversations – “A good number of our sisters are well-stimulated.” One goal of the renovation was to eliminate tray service at meals and allow sisters to make menu choices in the three new dining rooms.

“There’s no place like it,” said Sr. Joan Connell as we sit over lunch. Having been principal of three elementary schools, guidance director of a high school, and a K-12 teacher, Connell was concerned that she wouldn’t have a role. “I have a job. Don’t worry, I found a lot to do,” she said, rattling off a list that includes running house bingo for the benefit of the building fund and organizing the 50th Camilla Hall anniversary, an event that took a year to plan.

Innovations at Camilla Hall include not only necessities like new wiring and ADA-compliant rooms and showers, but lounge areas with comfortable couches, computer centers and tables for playing board games. Residents will have access to an exercise room with an assortment of new equipment, and doctors will be able to see patients in offices currently under construction.

“We tried to use as guidelines our commitment as religious to simplicity of life, and our awareness that addressing limitations in the design of the original building could more than adequately meet our sisters' needs for wellness and activity,” said Sr. Lorraine McGrew, IHM mother superior, in an email.

“The main task here is to be a powerhouse of prayer. That’s the real ministry of all of the sisters, a full-time ministry,” said Burrows, who said that prayer intentions are called in, emailed in and occasionally even make it on to the pager she carries around.

It is a theme amplified by resident chaplain William Dean in his homily at the Mass in the packed Camilla Hall chapel. Dean’s service dog, Spencer (named after actor Spencer Tracy) is a familiar and well-loved presence in the halls (the former pastor and marriage counselor has his own apartment on the grounds).

The sisters are indeed constant in prayer, said Dean, adding that sometimes he’s concerned that in their enthusiasm they may take on too many requests for intercession.

Dean, who requested the assignment after he lost his sight, said that residents participate in discussion groups, impress him with their care for each other, and generally keep him on his toes.

“There is something very special here,” agreed Joseph Logrip, the other resident priest at Camilla Hall.
“The sisters have a very living and authentic sense of community.”

Asked how the renovation fit into the order’s overall vocation, McGrew wrote: “This community of sisters at Camilla live out the mission of the Congregation by providing a place where sisters in active ministry can come to see and share in our IHM charism in a unique way. These sisters who have ‘lived the life’ offer all of us who are younger, especially our sisters in formation, a vibrant and spirited example of just being religious women - never too busy to take time for others, always giving God the priority of their time and attention.”

As she nears the end of the renovation project, Burrows, whose files are neatly ordered and whose desktop is admirably visible, is still able to say, “Most days, I love what I do.” For the residents of Camilla Hall, the commitment to care extends to a sister’s last days.

“We say we are bringing a sister to die in her own home. We have been very successful in doing that.”

Stephanie Gabriel Tracy and her fellow novices spend each Friday at Camilla Hall, giving the staff a hand with smaller maintenance projects, like cleaning dead flies out of window wells or taking sisters back and forth from their rooms.

“I’ll be honest. I don’t like hospitals, and I don’t like settings that remind me of hospitals,” said Tracy, in her second novitiate year. “The fact is that I was comfortable the moment I set foot in the building.”

Out of that routine, she said, real friendships have emerged between women at the beginning of their vocational journey and those have spent decades in teaching and parish work.

“It’s a great reminder that our commitment to vows is not something that ends with our ability to do a job . . . these vows are about who God has called us to be. Living that out continues to our last breath.” 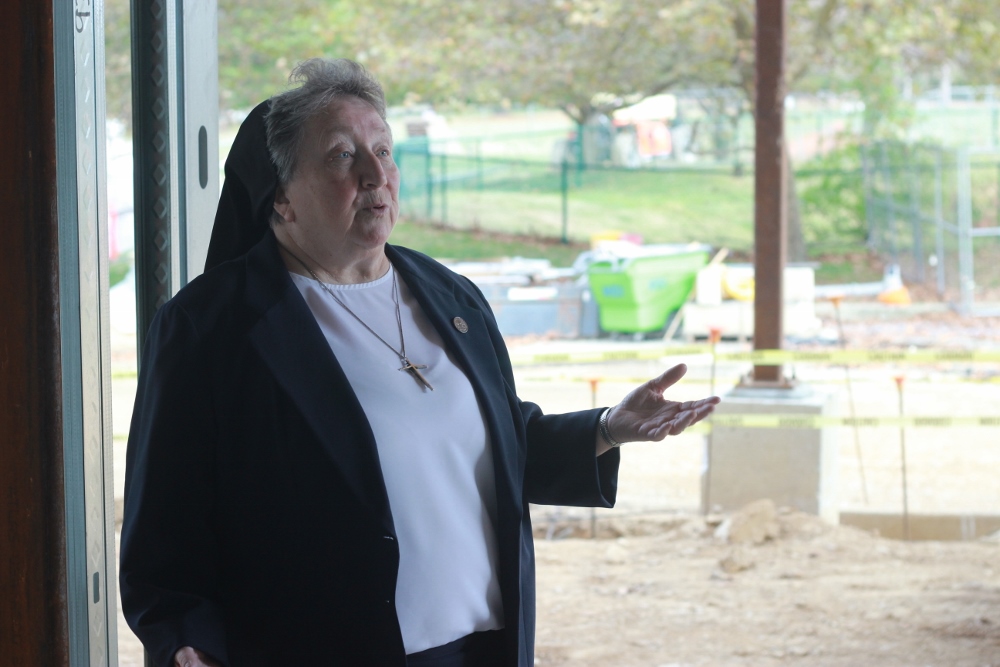 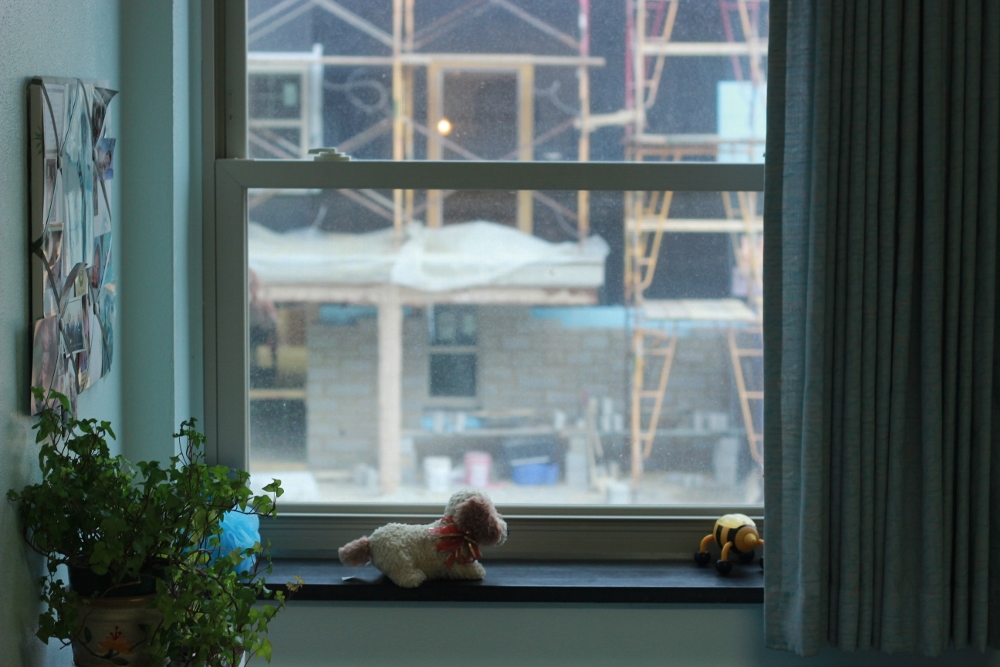 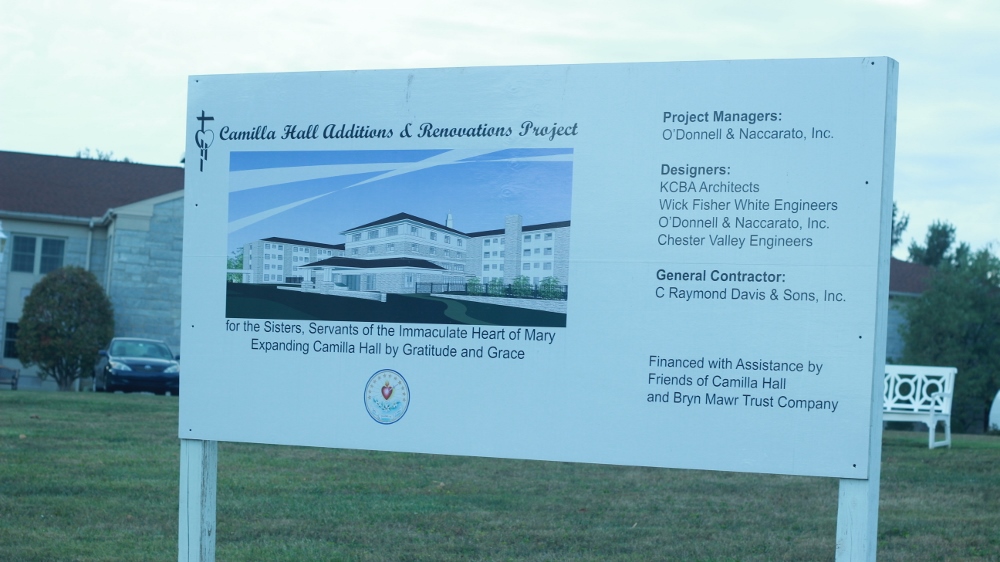