Dak Lak province in Vietnam’s central highlands is home to 47 ethnic minority groups with a total population of 1.8 million. Among them, Kinh, the ethnic majority Vietnamese account for 70 percent of the population, while other groups make up 30 percent.

People, especially Kinh, from outside of Dak Lak have increasingly immigrated to this basalt land that is famous for its coffee and other plants. They buy farmland up from the local people at low prices and use machinery to work the land.

Native ethnic groups who have poor education and are treated unfairly end up selling their farmlands or even leaving their villages for more remote places. Many no longer have land to cultivate and are unable to find jobs to make a living. Forests, which are the means of their existence, have disappeared as the trend of deforestation and more industrial farming takes over.

K’Sia Village, which is on the outskirts of Buon Ma Thuot, the province’s capital, had been populated by Ede ethnic people, but now only four Ede families remain living there. H’Chang, a local Ede woman who is ailing and has no job, said she is selling her home to pay off her debts and cover her medical treatment.

“Ethnic people are losing their cultural heritages due to poverty and economic and social changes,” she said, adding that many ethnic minority people have sold their traditional wood houses, musical instruments and other cultural artifacts for a living, while the ethnic youth are not able to afford to make traditional items as their ancestors did.

Sisters from the Mary Queen of Peace Congregation, based in the city, have strived to collect traditional crafts from ethnic peoples as a way to conserve their traditions and cultures.

“Our congregation exists for only serving and evangelizing ethnic minority groups, so we have to study their languages and cultures to serve them better and enculturate Christian faith with their customs,” said Sr. Mary Nguyen Thi Thuan, who designed an exhibition hall showing the artifacts of the ethnic groups.

She said the old jars go for between one and five buffaloes. Ethnic groups traditionally exchange goods and do not use money.

“Ethnic peoples are highly skilled at making tools by hand, even though they are uneducated,” Thuan said, adding that they live together in perfect harmony and respect the environment.

She explained that chung, a traditional bed that is carved out of a single, large timber, is used by the homeowners and visitors. Rich people had to slaughter and share cattle and treat the community to parties as a way to ask for their permission before cutting big trees in the forests to make chung.

The cultural significance of the gongs in Vietnam’s central highlands was recognized as “Masterpieces of the Oral and Intangible Cultural Heritage of Humanity” in 2005 by UNESCO. Seventeen native ethnic minority groups use the gongs, the main ceremonial instrument, in all their rituals of community life and in liturgies. Behind every gong hides a god or goddess who grows all the more powerful as the gong ages.

Thuan said many artifacts are donated by ethnic villagers, while the rest the sisters buy from traders who already acquired them from the people. “We never buy old items from ethnic villagers, but we encourage them to keep their old items to preserve their cultures,” she noted.

The nun of sharp intelligence, who built a wood chapel using Ede ethnic architecture near the hostel and designed convents based on a 22-acre hill, said some sisters study Vietnamese culture at universities as an entrée to studying ethnic cultures in the future.

“We have to study their cultures, traditions and lifestyles through their old items so that we can have dialogue with them,” she said.

The Mary Queen of Peace Congregation was founded in 1959 by French Bishop Paul Leon Seitz of Kontum diocese and approved by the Holy See in 1969. Its 300 members mainly provide faith education, accommodation, food, scholarships and health care for various ethnic minority groups. 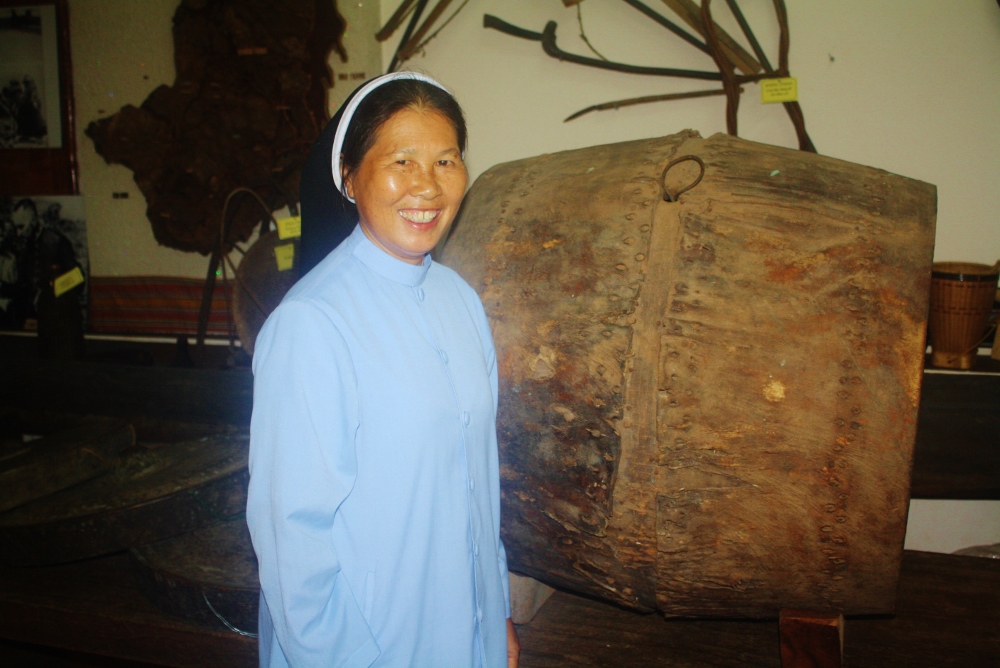 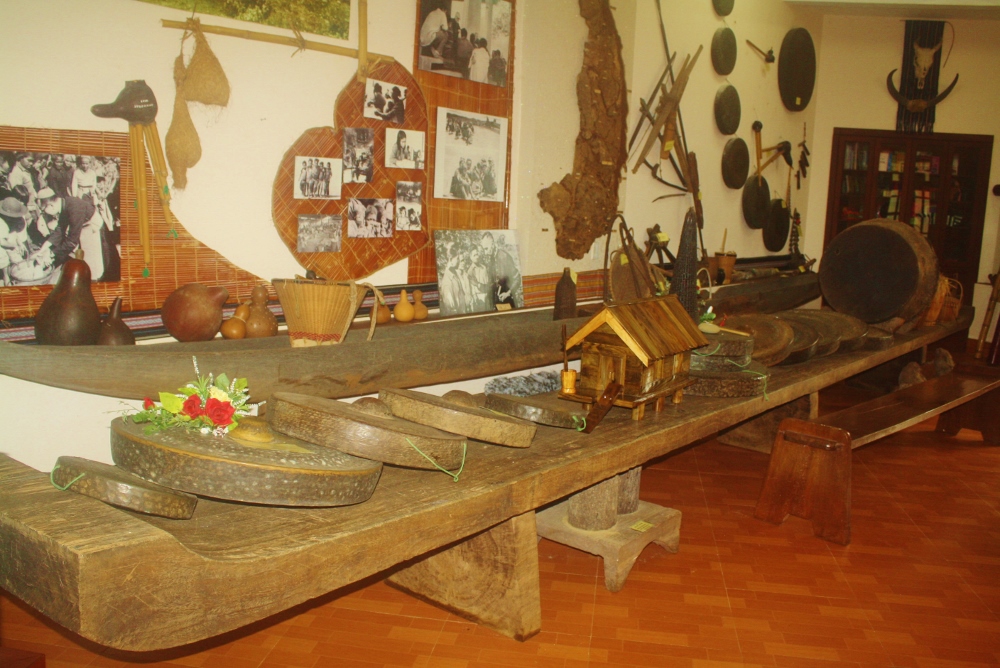 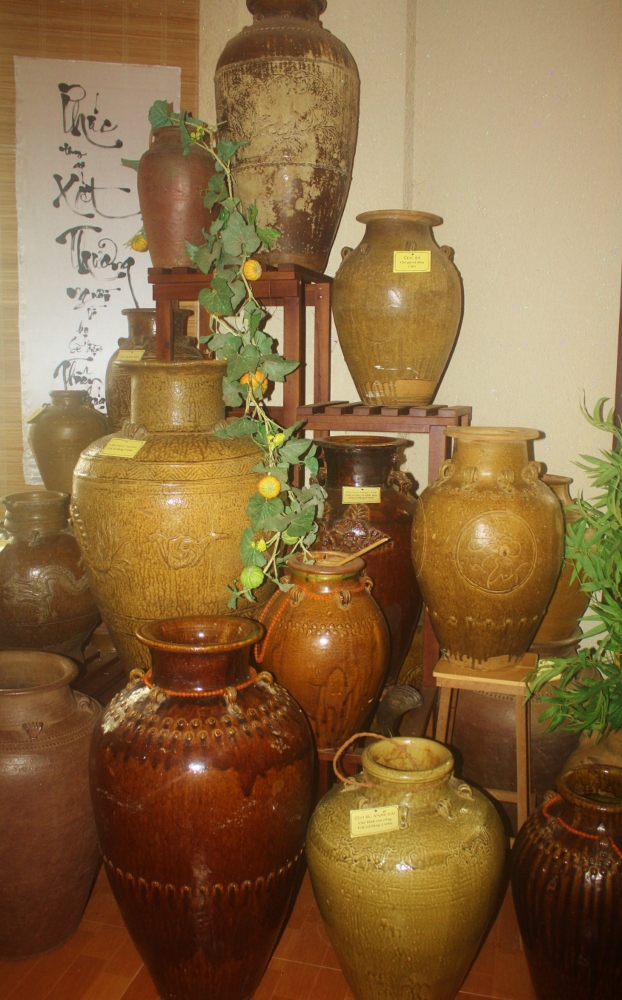 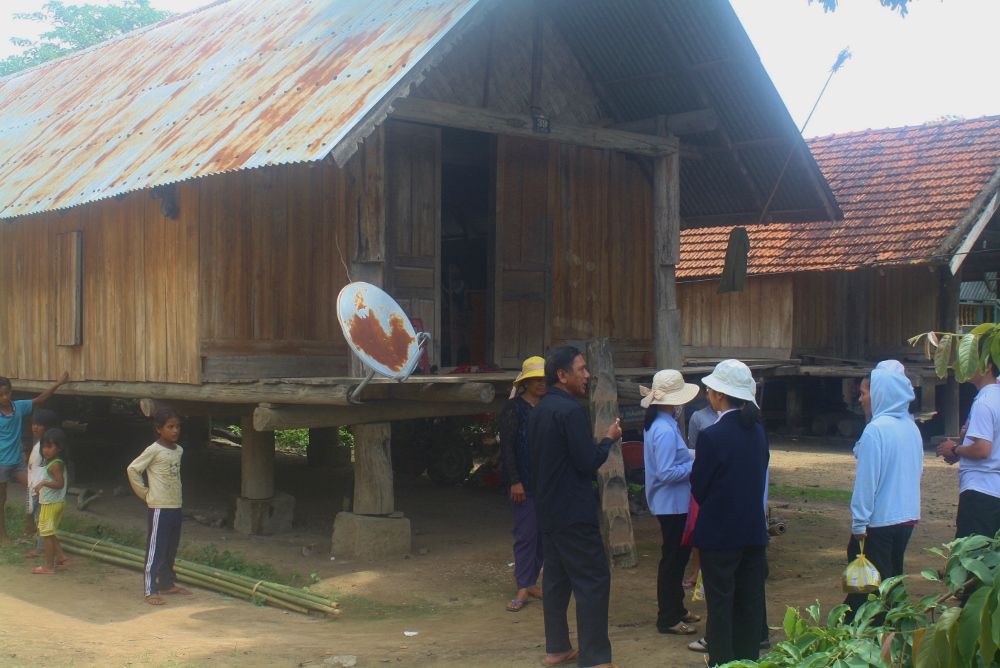 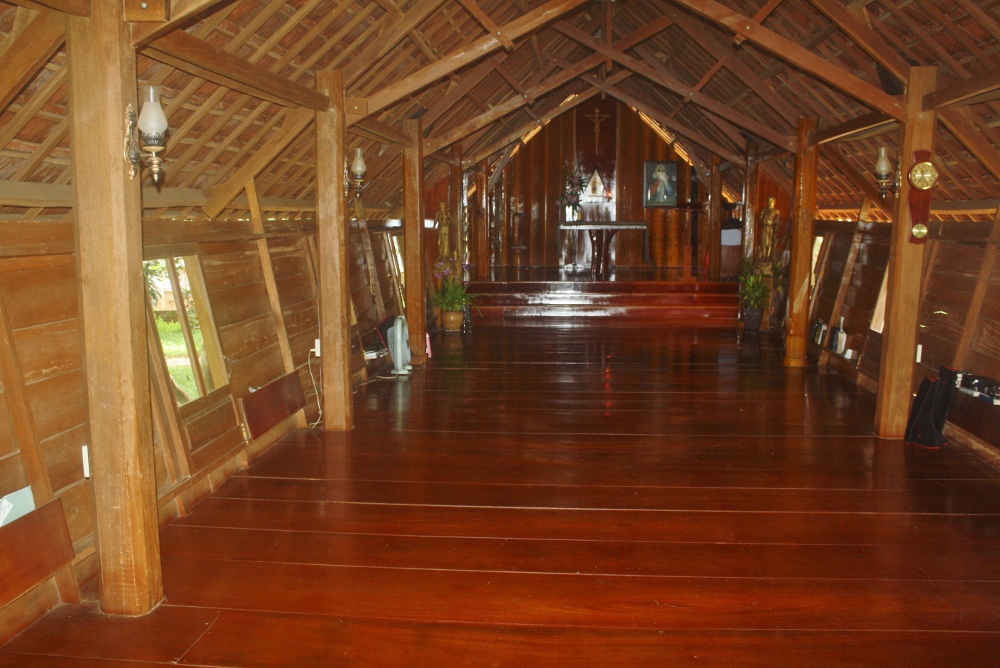